Grandparents Day celebrates 60 years where it all started 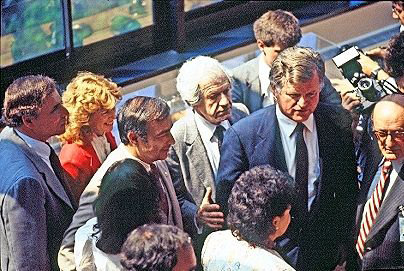 Massachusetts senator Ted Kennedy joined then Hebrew Home at Riverdale leader Jacob Reingold for one of several Grandparents Day events held at the Palisade Avenue facility over the years. Reingold’s son, Dan, continues the tradition to this day, even with the coronavirus pandemic continuing to linger.
Courtesy of the Hebrew Home at Riverdale 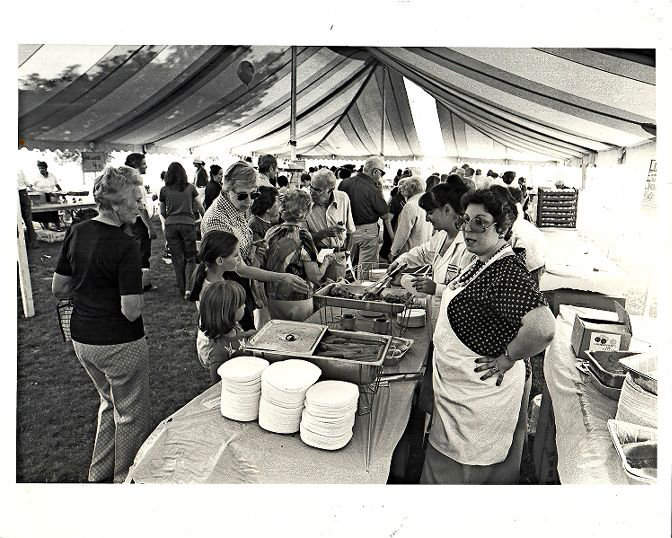 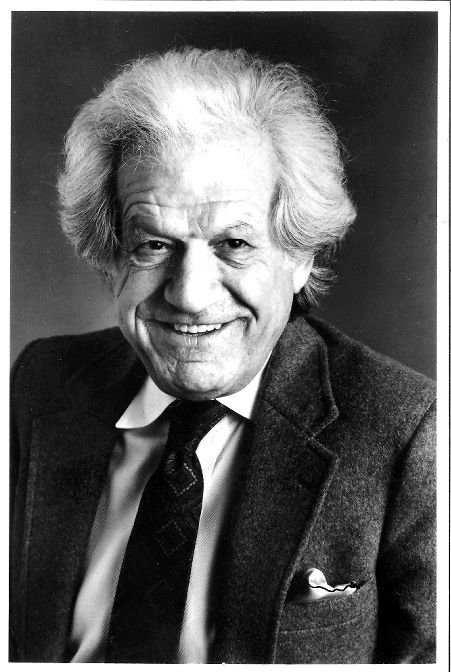 Jacob Reingold is credited as the creator of Grandparents Day, now a national holiday after President Jimmy Carter issued a proclamation in the late 1970s. Jacob’s son Dan continues the tradition to this day.
Courtesy of the Hebrew Home at Riverdale
Previous Next
By VALERIE KAUFMAN

Grandparents Day is now old enough to be a grandparent itself. But just like the grandparents who reside at the Hebrew Home at Riverdale, Grandparents Day remains vibrant six decades after first being introduced in the Bronx — especially from its Palisade Avenue birthplace.

While the ongoing coronavirus pandemic may have dampened some of the hoopla surrounding the special day, many of the Hebrew Home’s residents were treated to a luncheon on Sept. 12, along with a commemorative T-shirt and a concert. Families shared the day with their loved ones, sending short videos that were included as part of the festivities.

Dan Reingold, the Hebrew Home’s chief executive officer, said the day was about celebrating everything the residents did during their lives, “and everything they’re doing now.” He called the event a “celebration of aging.”

Reingold first attended Grandparents Day at the Hebrew Home as a child when his father, Jacob Reingold, filled the facility’s chief executive chair. According to Dan Reingold, his father first got the idea to honor grandparents after attending a White House aging conference in early 1961.

Dwight D. Eisenhower was in his final days as president, but that didn’t stop him from talking about how there was a Mother’s Day and a Father’s Day, but nothing for grandparents, Reingold said. When the Hebrew Home changed all that later in September, the new president — John F. Kennedy — gave the Riverdale home special recognition for its efforts.

The next year, the Hebrew Home honored U.S. Sen. Jacob Javits as part of festivities that included pony rides, games of chance, strolling musicians and even a talent show. By 1963, Grandparents Day was an official holiday, at least in the Bronx.

Soon, however, others from around the country joined in efforts to honor grandmothers and grandfathers. Marian McQuade, a West Virginia housewife, started pushing to honor grandparents in her state in 1970 — finally earning a proclamation from Gov. Arch Moore three years later.

The elder Reingold worked with McQuade to create a national holiday set the first Sunday after Labor Day. Congress passed the measure in 1978, and President Jimmy Carter issued his own proclamation a short time later.

The Congressional Record credited Jacob Reingold with the creation of Grandparents Day in 1987, and continued to grow in the years after that.

“I think the most memorable, probably, was the year when we built our new building,” Dan Reingold said.

That building opened in 2005, and is now known as the Jacob Reingold Pavilion.

Each year, the Hebrew Home offers food and live music with the likes of Martha Reeves and the Vandellas as well as the American Symphony Orchestra.

This past year, Grandparents Day fell on Sept. 12, allowing the home a chance to remember those lost in the Sept. 11, 2001, terrorist attacks.

“We’ll be commemorating the anniversary of 9/11,” Reingold said ahead of the weekend’s observance. “We have a very poignant piece of the World Trade Center on the front lawn, mounted as a permanent memorial on our campus.”

The residents also planned to take a moment to think about how COVID-19 has changed life over the past 18 months or so.

“Older adults got hit harder than any other population,” Reingold said. In fact, many of the stricken were caretakers themselves. Nearly 8 million children live in households headed by grandparents or other relatives, according to Generations United, meaning many ultimately could not evade the virus no matter how much they tried.

This year’s celebration also recognized many of the Hebrew Home’s centenarians — a dozen of them, in fact, ranging in age from 100 to 107. Each received a corsage and a written tribute.

Generations United — the Washington-based organization that aims to bring people of all ages together — has pushed Grandparents Day since 2012 with the theme “do something grand.” That means grandparents reaching out and sharing their wisdom with younger people, while kids and teens make time to spend with their grandparents.

To add to it, the group also encouraged many younger people to change their social media profile to their grandparent or special older adult in their lives.

In the end, Grandparents Day is all about celebrating the very people who paved the way for society today.

“You know, when you think about elderly people and really how isolated” they are, Reingold said, the day is a way of “reminding people that we have to step up as a community to honor our elderly. And to help out in any way we can.”