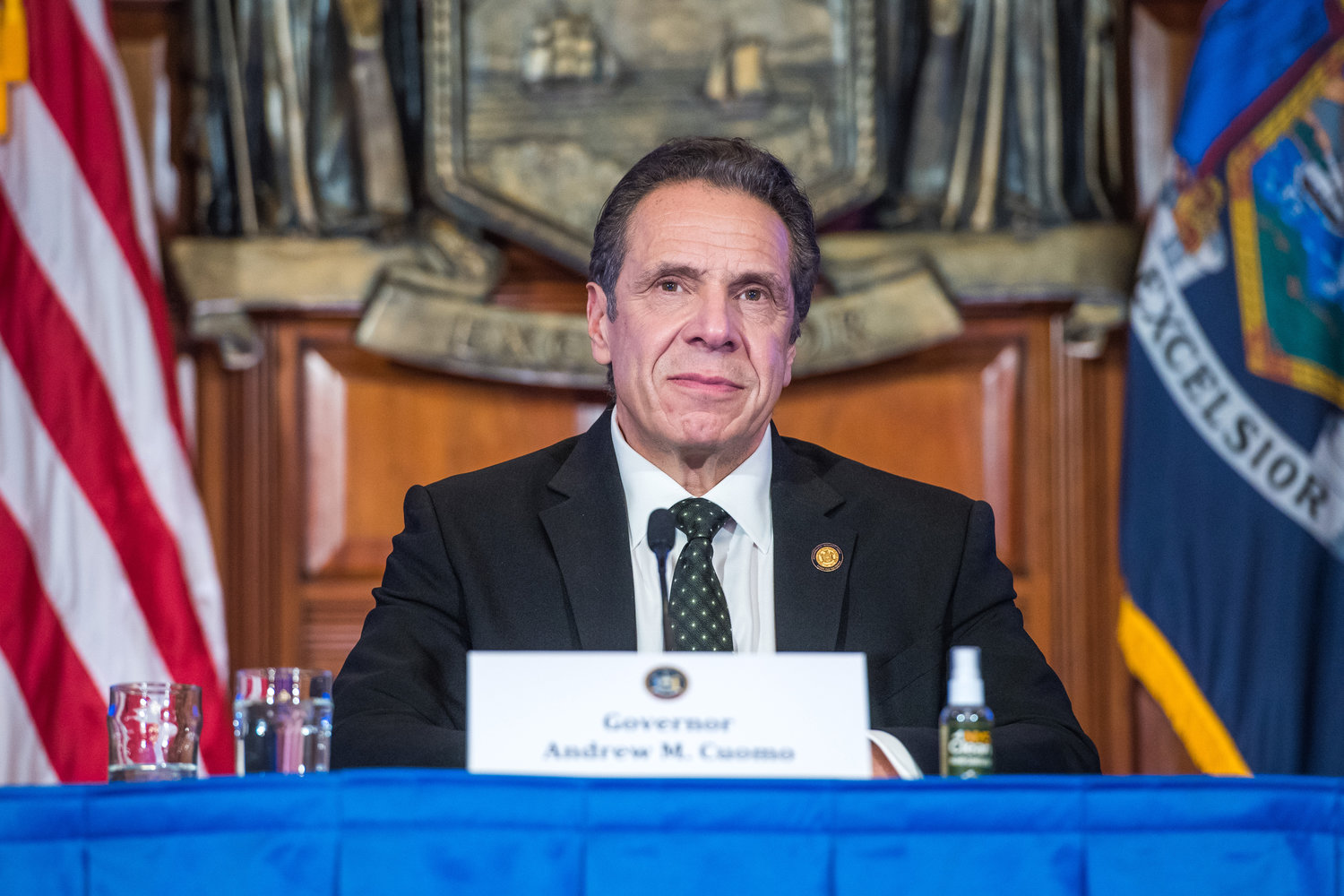 Sexual harassment and hostile work environment allegations against Gov. Andrew Cuomo are true, according to a new report by state attorney general Letitia James. While her office stopped short of taking any further action, state Sen. Gustavo Rivera was one of the first after the report to call on Cuomo to resign.
File photo courtesy of Darren McGee
By MICHAEL HINMAN

For state attorney general Letitia James, the evidence is clear: Gov. Andrew Cuomo sexually harassed nearly a dozen women while in office, and created a hostile work environment where he used his power to not only silence any complaints about his conduct, but to continue it with others.

James says she isn't pursuing any other action — including criminal action — because the work of her office is done. But that's not enough for state Sen. Gustavo Rivera who within minutes of the report's release called once again for Cuomo to resign.

"The independent investigation overseen by New York attorney general Letitia James unequivocally delineates the extent of Gov. Cuomo's despicable behavior and chronic sexual harassment of numerous women," Rivera said, in a statement. "It is clear that the governor and his administration fostered a toxic environment that leveraged power to intimidate those who were berated and harassed.

"We greatly value the bravery of those that came forward as well as those that suffered in silence. There is no doubt that the governor is not fit to represent the state of New York, and he must resign immediately."

If Cuomo refuses to resign, Rivera added, it's up to the Assembly to send articles of impeachment to his chamber.

While Cuomo did admit to investigators some interactions with the women who accused him of sexual misconduct, he has denied the allegations.

"The attorney general's independent investigation concluded that Andrew Cuomo sexually harassed current and former staff, violating federal and state law," Biaggi said. "I am calling on him to resign. If Cuomo refuses, I am calling on (Assembly Speaker) Carl Heastie and the Assembly to move to impeach immediately."

Biaggi has been rumored to be considering a run for Cuomo's seat, even though the governor has indicated he would seek re-election. Some reports suggest Biaggi might be looking to join someone else's ticket as a lieutenant governor candidate.

Cuomo issued a video response to James' report saying the "facts are much different than what has been portrayed." He said his attorney has responded to each individual accusation in writing, and that document is being provided on Cuomo's website.

"First, I want you to know directly from me that I never touched anyone inappropriately, or made inappropriate sexual advances," Cuomo said. "I am 63 years old. I have lived my entire adult life in public view. That is just not who I am. This is not who I have been."

Cuomo described his kissing people on the face and hands as something he does with many people, no matter their age or gender. He showed a number of photos where he did just that, including one photo where Bronx borough president Ruben Diaz Jr., kissed Cuomo on the face, with Letitia James joining the two for the picture.

Biaggi, however, dismissed those photos, saying they prove nothing.

"A slideshow of (the governor) kissing people does not negate that he sexually harassed his employees," the senator said on social media.

In a statement issued soon after James' press conference, Heastie appeared to leave the door wide open for impeachment.

"The findings contained in the report are disturbing," Heastie said, according to published reports. "The details provided by the victims are gut-wrenching. Our hearts go out to all the individuals who have had to endure this horrible experience. The conduct by the governor outlined in this report would indicate someone who is not fit for office."

Heastie forwarded the attorney general's report to the Assembly's judiciary committee, he said, which will now "undertake an in-depth examination of the report and its corresponding exhibits with our Assembly counsels, as well as the legal firm we have retained to assist us."

James said 11 women came forward making claims against Cuomo, from inappropriate discussions of a sexual nature, to physically groping private areas of their body. Among those saying they were targeted by the governor included a clerical aide, and a member of his state police protection detail.

The attorney general would not share her opinion on what should happen to the governor, only that she was going to "let the chips fall where they may." The state comptroller, Thomas DiNapoli, however, called on Cuomo to resign.

"This is a sad day for New York," DiNapoli said, in a statement. "The attorney general's report documents unacceptable workplace behavior in the executive chamber at the highest level of state leadership. The women who came forward are courageous, and they have been heard."

Biaggi took an extra moment on social media to "commend the brave women who came forward in the face of retaliation."

"I believe you. I support you. And I stand with you always," Biaggi said. "No longer can powerful men abuse their positions without facing consequences. It is time for Gov. Cuomo to face accountability for his actions."