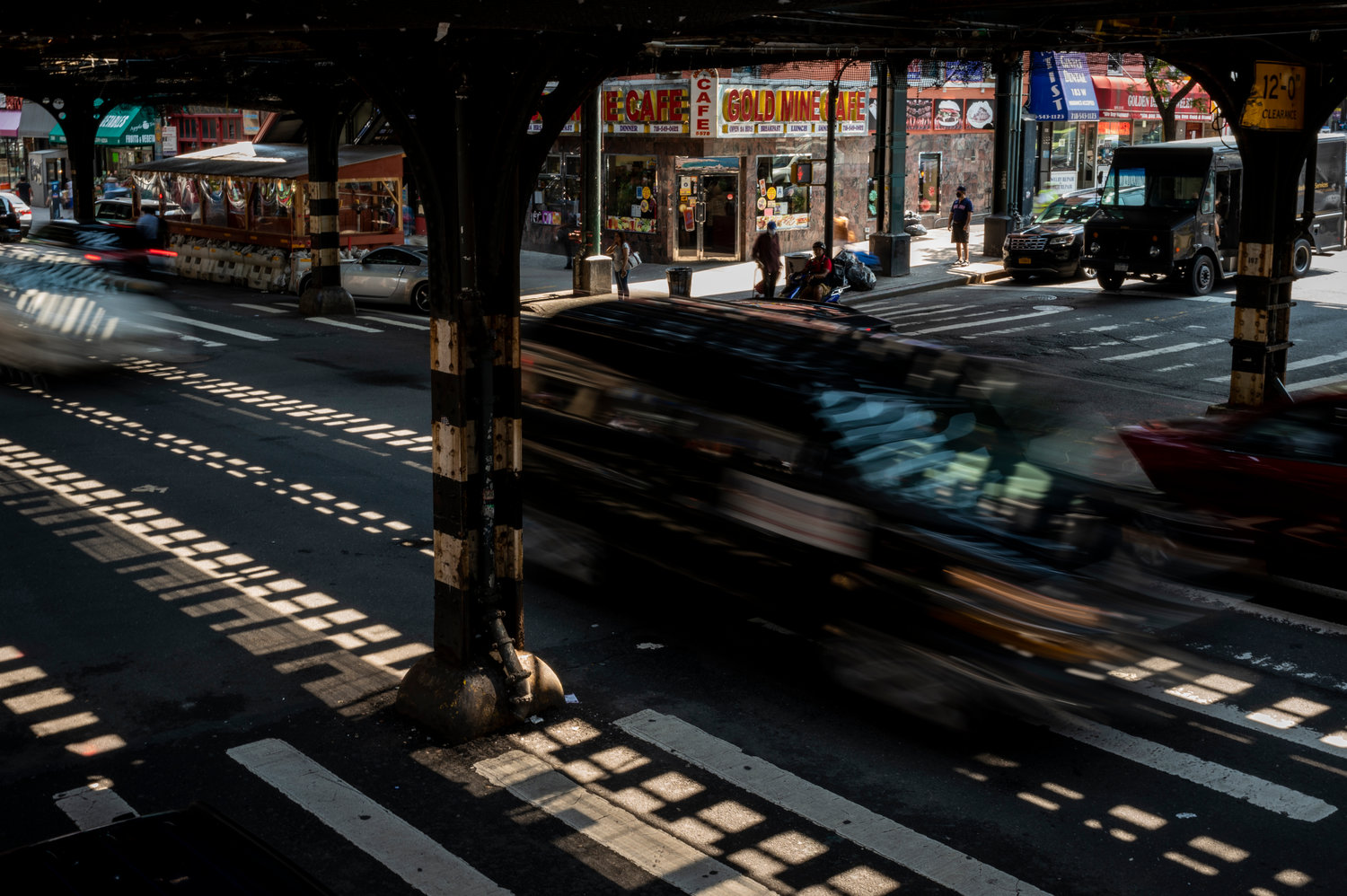 Ride-hailing services like Uber and Lyft have become a part of the city’s transportation landscape. But a new service — called Co-op Ride — hopes to circumvent these giants’ alleged exploitative business practices by having their company owned and operated by its drivers.
HIRAM ALEJANDRO DURÁN

Co-op Ride provides an alternative for people who need the convenience of a ride-hailing app but don’t want to give their money to transportation giants like Uber and Lyft. Launched last May, Co-op Ride is a worker co-operative owned and operated by its drivers.
Courtesy of Ken Lewis/ Illustrat
Previous Next
By ROSE BRENNAN

For better or for worse, ride-hailing services like Uber and Lyft have become part of the city’s transportation landscape. But their names also have been in the news for other reasons — among them alleged union busting, at-times exorbitant prices, and general mistreatment of drivers.

But in areas like the northwest Bronx and other parts of the city, people who want to get from Point A to Point B might not have another option. Locally, the 1 train line ends at West 242nd Street, and bus service is scant in other areas. On top of that, the hilly landscape might make walking and biking difficult.

Co-op Ride hopes to bring all of the convenience of ride-hailing to the city without all that other drama. How? By having the app both owned and operated by its drivers.

Ken Lewis co-founded The Drivers Cooperative in the early months of the coronavirus pandemic, which ultimately became one of several organizations that made Co-op Ride possible. Taxi services have been essential for the upward mobility of the working class and immigrants who call the city home, he said, and Co-op Ride aims to have that profession return to those roots — without Uber and Lyft.

“The taxi industry traditionally used to be a way … that immigrants and lower-income New Yorkers to basically move their families firmly into the middle class,” Lewis said. “Immigrants come here, they drive taxis, their children go to school, (and) they do better in the next generation. But since 2011, the tables have particularly turned on immigrants.”

It was 2011 when ride-hailing services like Uber and Lyft first appeared on the market. Their arrival, Lewis said, made it more difficult for lower-income and immigrant residents to make a decent living, mainly because they’re owned by larger, third-party corporations that aren’t too keen about sharing revenue.

“The driver is constantly working, is doing 20 to 30 trips a day,” Lewis said. “The insurance rises. The possibility of getting into accidents rises. So if you drive in New York as a (ride-hail) driver, you will have points on your license. And all of these costs are borne by the driver. And so you have a situation where people are literally having negative returns.”

Those working conditions negatively impact the ride-hailing industry, Lewis said — not to mention the drastic decline of people using the services during the peaks of the coronavirus pandemic. And that had consequences for the drivers like rising debt versus declining income, which he claims led to some drivers even committing suicide.

Co-op Ride aims to circumvent potential exploitation by having its drivers also serve as company stakeholders and owners. And it seems to be a popular idea, as some 2,500 drivers signed up to be a part of the service when it launched in May.

Lewis hopes those looking to be picked up will support Co-op Ride because it’s similar to a service like Uber or Lyft, but it treats its drivers right.

“What stands between money in drivers’ pockets and things going to Silicon Valley is an app,” Lewis said. “So if drivers could organize this app, they could basically charge themselves lower than the 20 to 40 percent overcharges. And, in addition, if there are any profits left over — after administrative expenses — this will go back to drivers.”

Co-op Ride appears to mimic the operation of services like Uber and Lyft, in which customers use an app to call a car to their location. Coding an app like that might seem complicated, but one of Lewis’ colleagues in creating Co-op Ride once said “his cat could write this app.”

“We really saw that the drivers were truly in control of this co-operative,” Fick said. “The way they were in development — and as they’ve launched the business — it really was the drivers that were helping to create the policies and procedures and priorities of the co-operative. We saw that, and we saw real democracy happening in the planning and execution of this business.”

Having a co-op model for a ride-hailing service might be pretty new, but it’s an interesting idea to Deb Travis. The new chair of Community Board 8’s traffic and transportation committee believes a service like Co-op Ride could potentially benefit this neighborhood in more ways than one.

“Thinking specifically of our community board, there are definitely areas where there is a lack of regular bus service, or it’s difficult due to hills and winding roads to get to a bus,” Travis said. “I think a rideshare is a really good alternative for seniors — instead of owning a car — for doctor’s appointments and things like that.”

That being said, Travis still has a few concerns about the new service. While she likes to see worker co-ops, she did plot a potential trip on Co-op Ride and found issues with the price and worries about more cars on the street potentially causing congestion.

“I’m hopeful that they’ll continue to try and solve that problem of not having too many people driving around, trying to find rides,” Travis said. “And it was kind of expensive. So I assume that’s just a bump of getting started. I hope. But, we’ll see.”