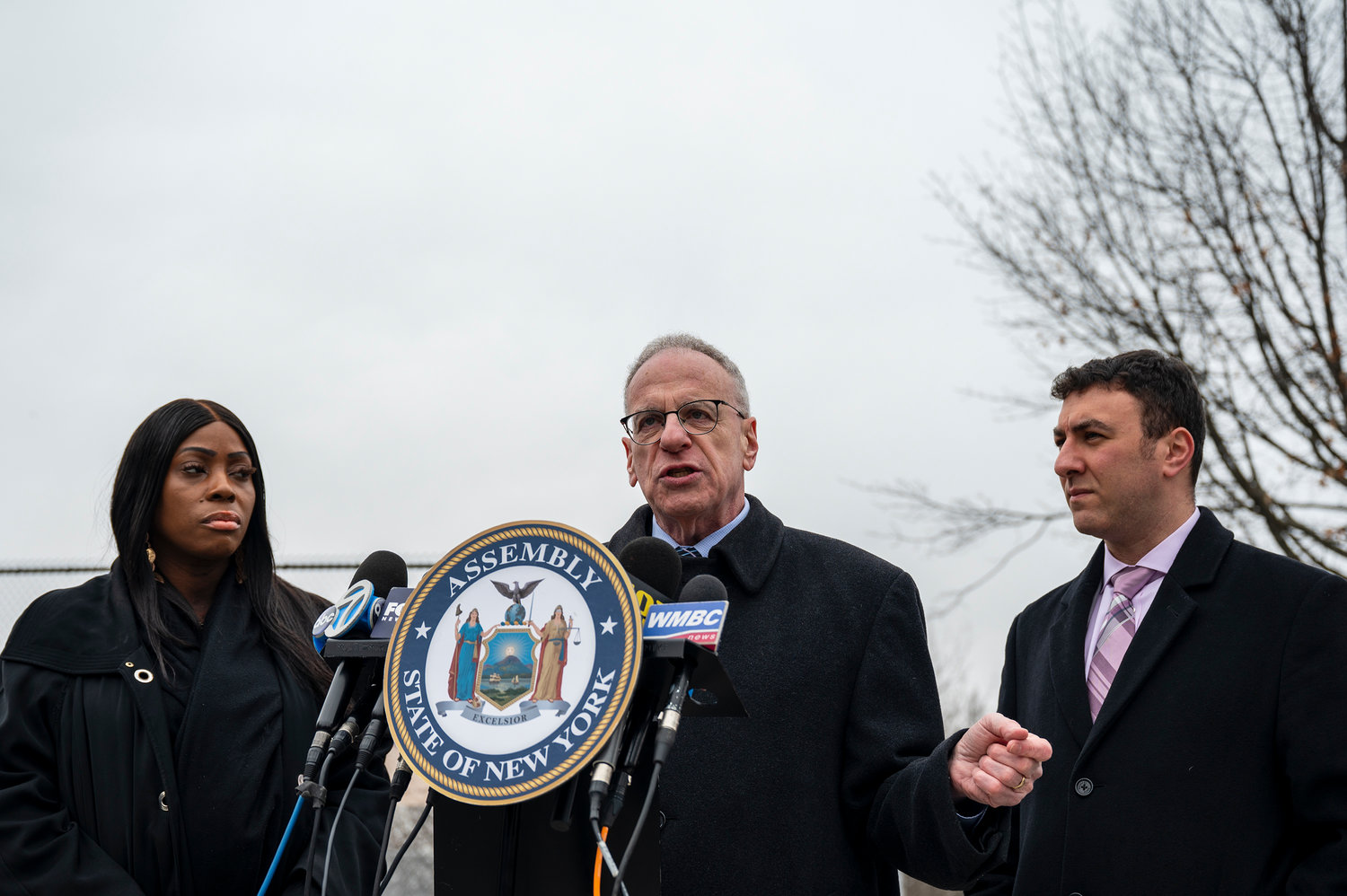 Racist vandalism continues at Seton Park with yet more graffiti found with racial slurs. It was enough to pull out a number of electeds to the Spuyten Duyvil green space on Tuesday, including Assemblyman Jeffrey Dinowitz, Bronx borough president Vanessa Gibson, and Councilman Eric Dinowitz. Just a week before, park visitors found a racial slur carved into a children’s slide at Spuyten Duyvil Playground, and others have reported the word ‘Jew’ spray painted on a trash bin near the Riverdale Jewish Center on Independence Avenue.
Hiram Alejandro Durán 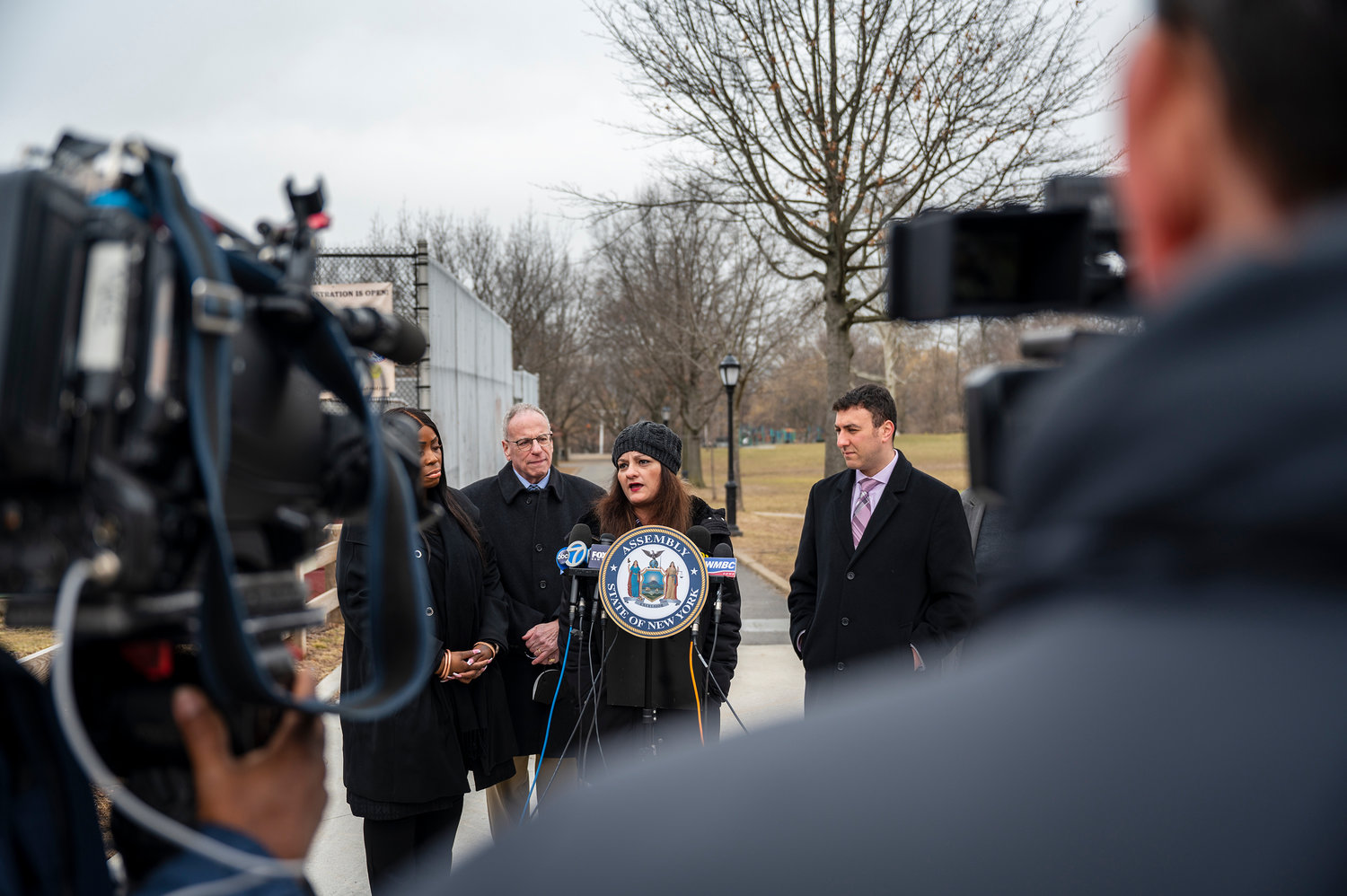 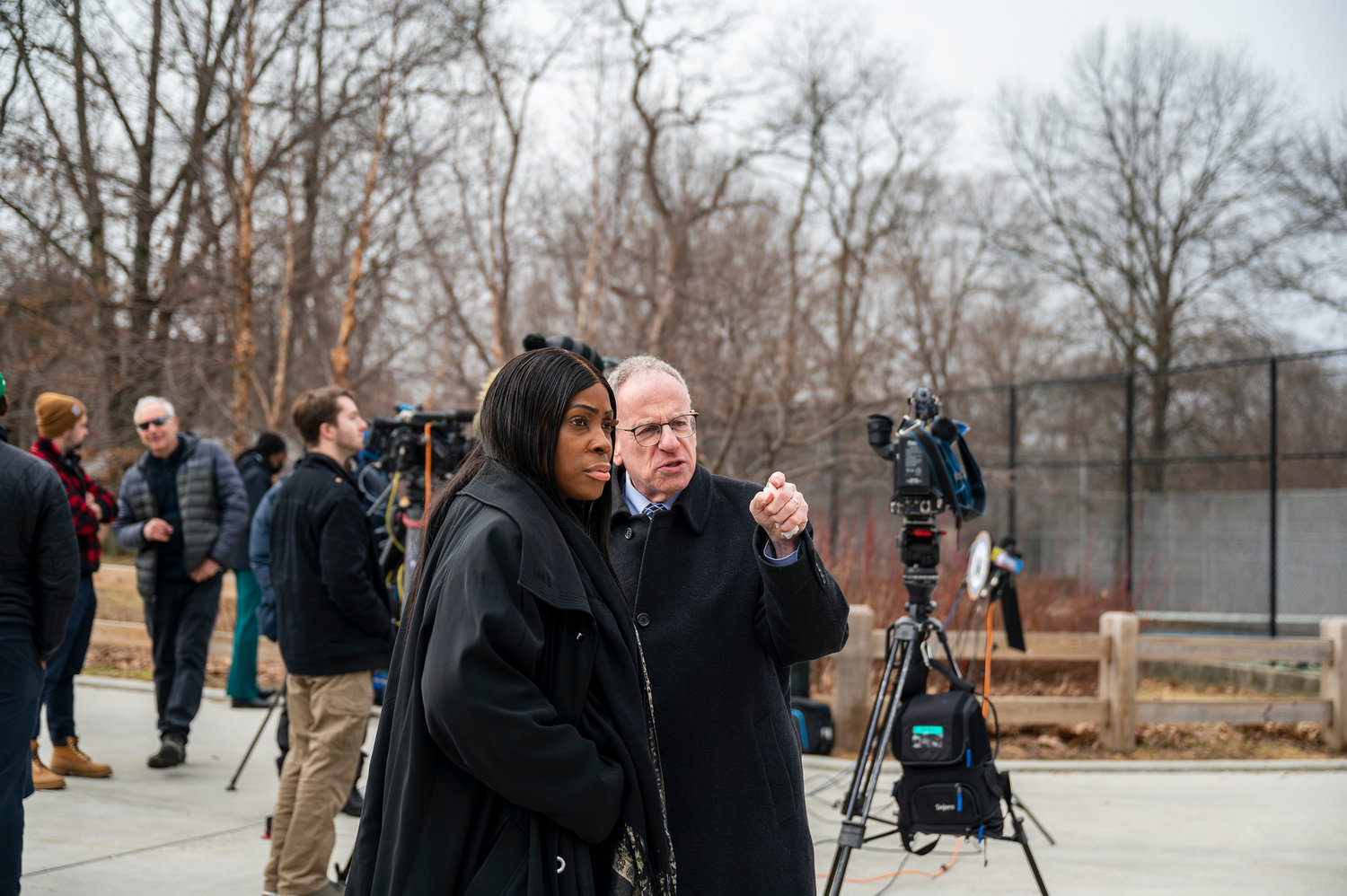 Assemblyman Jeffrey Dinowitz points out the playground where visitors found racist anti-Black graffiti several weeks ago. It was one of three recent incidents reported in and around Seton Park, including a slur carved into a children’s slide at Spuyten Duyvil Playground, and what appears to be an antisemitic spray paint tag on a garbage dumpster.
Hiram Alejandro Durán 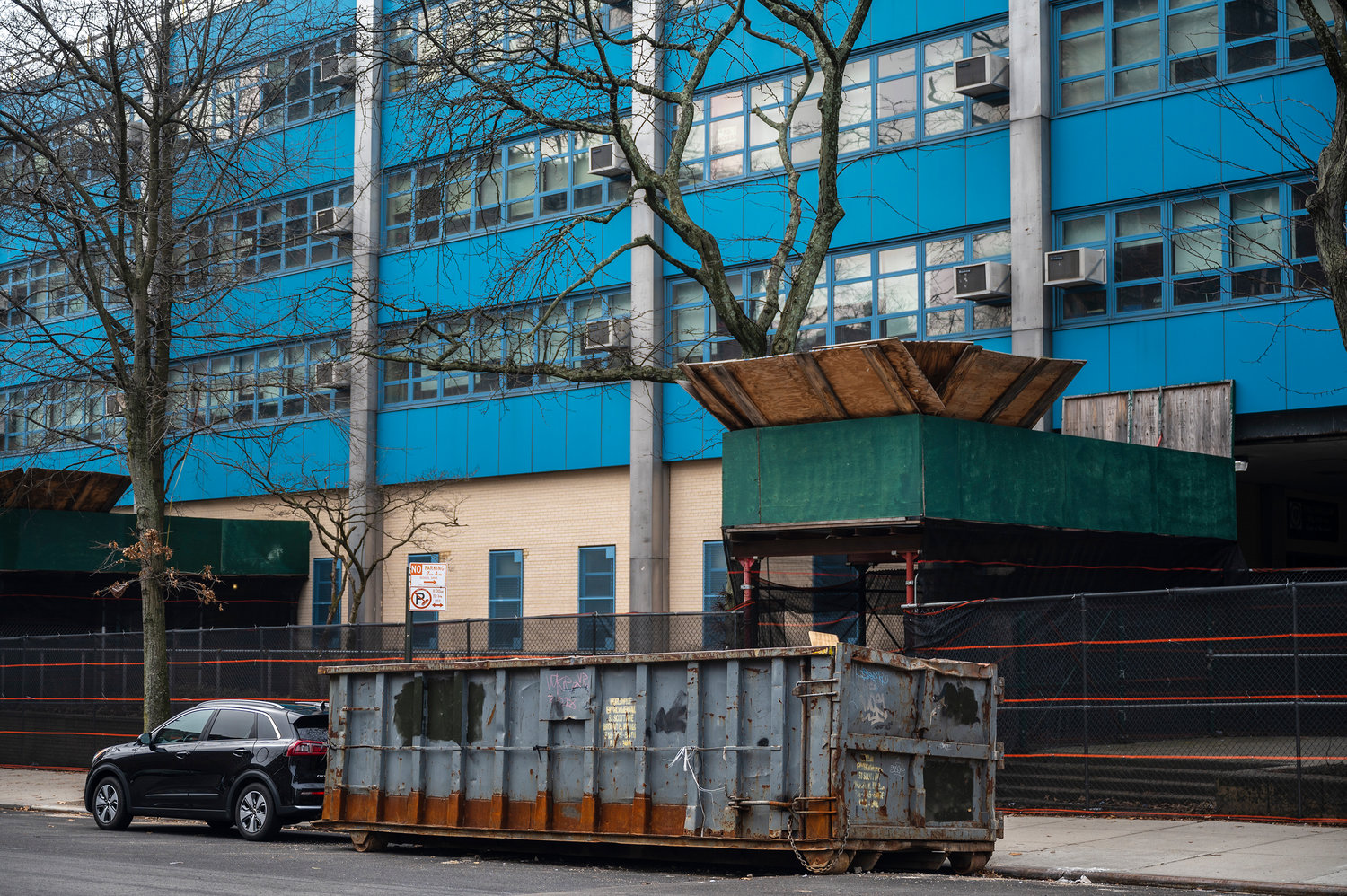 A dumpster across the street from the Riverdale Jewish Center on Independence Avenue had the word ‘Jew’ spray painted on it, which some feel was hate-based. Some elected officials gathered at nearby Seton Park on Tuesday to decry some of the recent vandalism, including a pair of incidents where graffiti contained racial slurs.
Hiram Alejandro DurÃ¡n 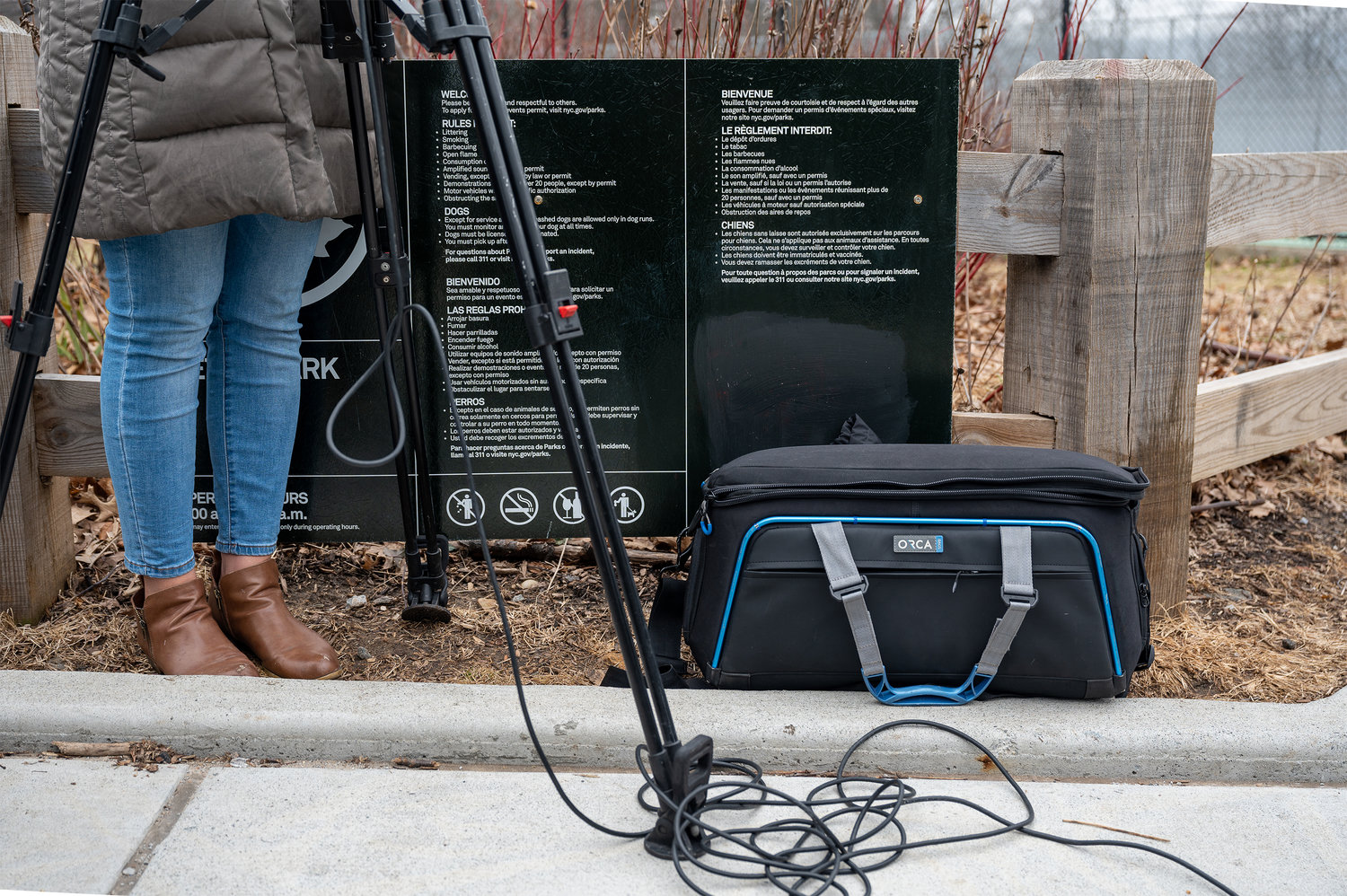 It’s getting harder for some to take their kids and families out to play at Seton Park. And it’s not just because of the weather.

Just a week after a racial slur was found carved into a children’s slide at Spuyten Duyvil Playground, Assemblyman Jeffrey Dinowitz says more hate-based graffiti has been found in nearby Seton Park, this time at the Bruce Silverman Athletic Fields.

Dinowitz, however, says he’ll have none of it. He called his son, Councilman Eric Dinowitz, and  Bronx borough president Vanessa Gibson to join him at Seton Park under threatening skies Tuesday morning, with a single message: This must stop.

“We’re here today because our community has been defaced by racist graffiti,” Dinowitz said. “And that’s not something any of us will allow to stand. These incidents are not typical and do not represent our community, or any community.”

Police have yet to find who the perpetrators are or whether both incidents are even connected.”

But be rest assured, the Assemblyman said, The New York Police Department was treating these incidents seriously.

“I know the 50th precinct is doing everything it can to find out who committed these violations and take appropriate action,” he added.

But there is more that can be done now, Dinowitz said: Install surveillance cameras at the park. That way, police can keep a more watchful eye. And the next time something wrong is amiss, there will be plenty of clues to help bring those bad actors to justice.

Better education in schools also could help, especially focused on teaching about the many different cultures across the city.

“Kids need to understand all of that,” Dinowitz said. “Our schools are doing a good job, but I think we have to do a better job.”

For Councilman Dinowitz, the vandalism was personal. His 6-year-old son had joined his grandmother at the park when the racial slur on the slide was discovered.

As he talked to reporters at Seton Park on Tuesday, Dinowitz referenced the sound of children playing nearby.

Gibson, however, wanted to make it clear that the hateful actions of a few a far from representative of those who live in the city — and the borough.

“When we see what’s been spewed here, it just sends a horrible message,” the borough president said. “And that is not what we are about here.”

The Bronx, Gibson said, embodies diversity and inclusivity — not hatred. 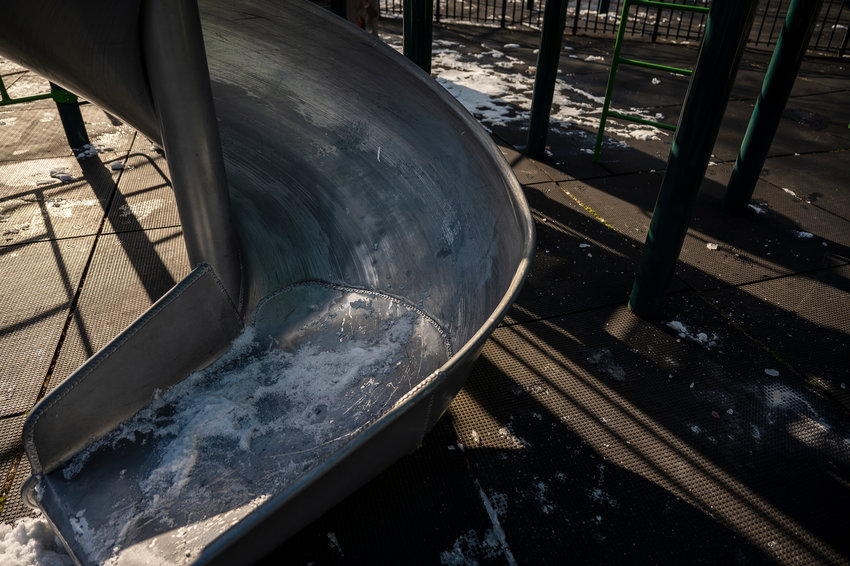 What made this particular bit of racist vandalism worse for Gibson is the fact it occurred during Black History Month.

“We know the only way we can drown out hate and intolerance is through acceptance and love,” she said.

“That is through education and providing safe spaces as we (already) do. Our parks are safe spaces — we want to make sure they are places of safety and recreation for our children and all of our families.”

Mehnaz Afridi, director of the Holocaust, Genocide & Interfaith Education Center at Manhattan College, joined the electeds to also denounce what’s been found at Seton Park as of late.

And for anyone who wants to dismiss what was found there as merely words needs to understand the importance and power of word.

“I’m a Muslim woman, and I remember when my daughter was 8 years old when the last (presidential) administration put up the Muslim ban,” Afridi said. “I remember the terror my daughter felt because of the words ‘Muslim ban.’”

Afridi said she convinced her daughter every morning she was still an American, and would not face deportation. That particular account was an example of how dangerous hate speech could be. For Afridi, it goes beyond the ideas of racism, but rather the actions that tend to follow them.

Assemblyman Dinowitz hopes this is the last of these particular incidents — especially in Spuyten Duyvil — but still pushes for more action.

“What we say has to be followed up by actions afterward,” Dinowitz said. “This is a great community, and we reject this.”