Having a smashing time while learning life lessons 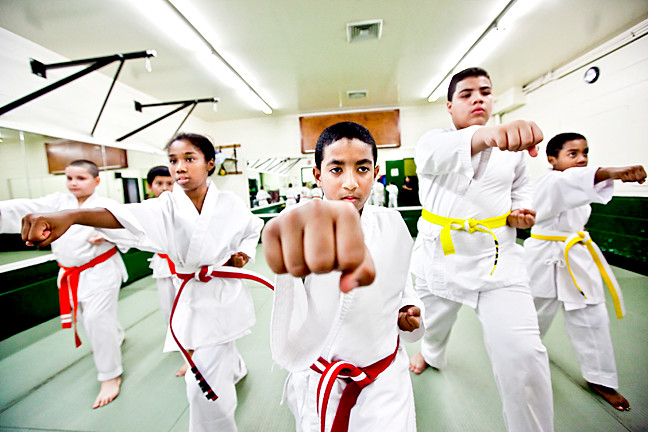 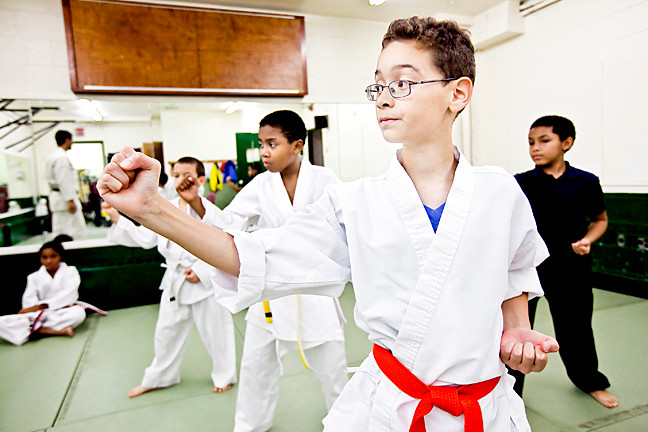 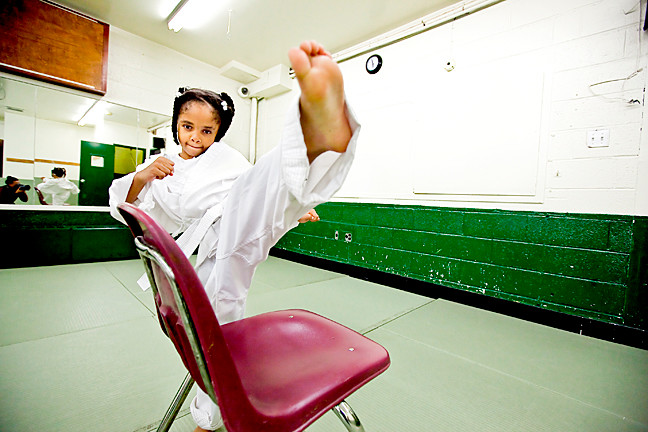 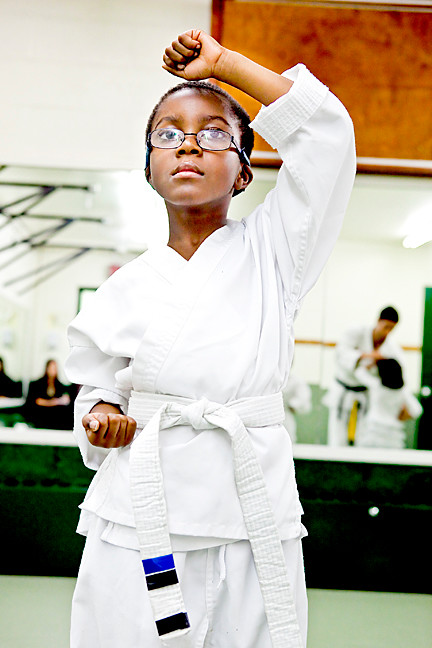 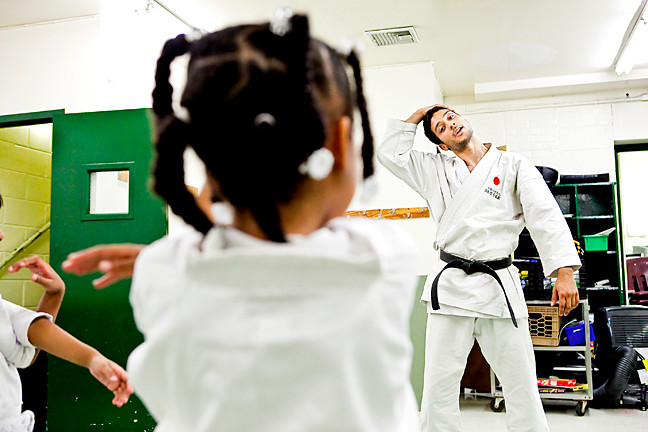 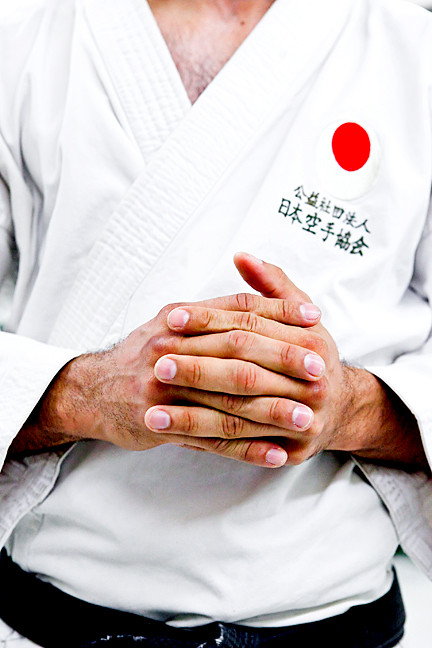 For 28-year-old Jonas Filho, a sensei at Mosholu Montefiore Community Center’s Karate School, karate is not just a sport; it is a way of life.

“Day by day, every single action you do has karate in it,” said Mr. Filho, who moved to the U.S. from Brazil in 2007 and has been practicing karate since childhood.

He teaches Shotokan, the most widely practiced karate style, which he describes as “traditional” karate.

Along with the basics like roundhouse kicks and punches, students in the beginner class for 5 to 12 year olds learn self-respect, confidence and discipline.

At the start of a class on Oct. 15, the students and sensei bowed to one another, then launched into a series of stretches and arm movements.

The class carried out vigorous punching and kicking exercises, shouting out phrases like “mawashi-geri!” (Japanese for spin kick) all the while.

Every two weeks, students get a chance to earn stripes — pieces of colorful tape that adhere to their karate belts. Once a student receives five stripes, he or she can earn a new belt.

Stripes are earned by completing a series of karate motions, in tandem with good behavior at home. Mr. Filho checks in with parents to make sure his pupils are being respectful at home and doing their chores.

It was the second class for 5-year-old Zahra Faruque. She laughed as she and her two classmates participated in a jumping exercise. In the routine, students must jump to avoid a paddle that Mr. Filho sweeps across the floor underneath their feet.

“The main reason we put her here is for discipline, so she can learn to focus,” said her mother Roshni Rahman, a Kingsbridge resident.

Mr. Filho went on to show Zahra how to do a roundhouse kick. He set up a chair to help the student hone the maneuver.

“Don’t touch the chair. The chair’s on fire,” he told his students. “If you touch it, you’ll get burned.”

At the end of class, 7-year-old Caleb Braithwaite discovered one of the stripes on his belt was missing.

“He’s getting sad because he lost one,” his mother said.

Luckily, Mr. Filho had a replacement stripe for Caleb’s belt.

“You never see a piece of tape be so important as it is here,” the sensei said.