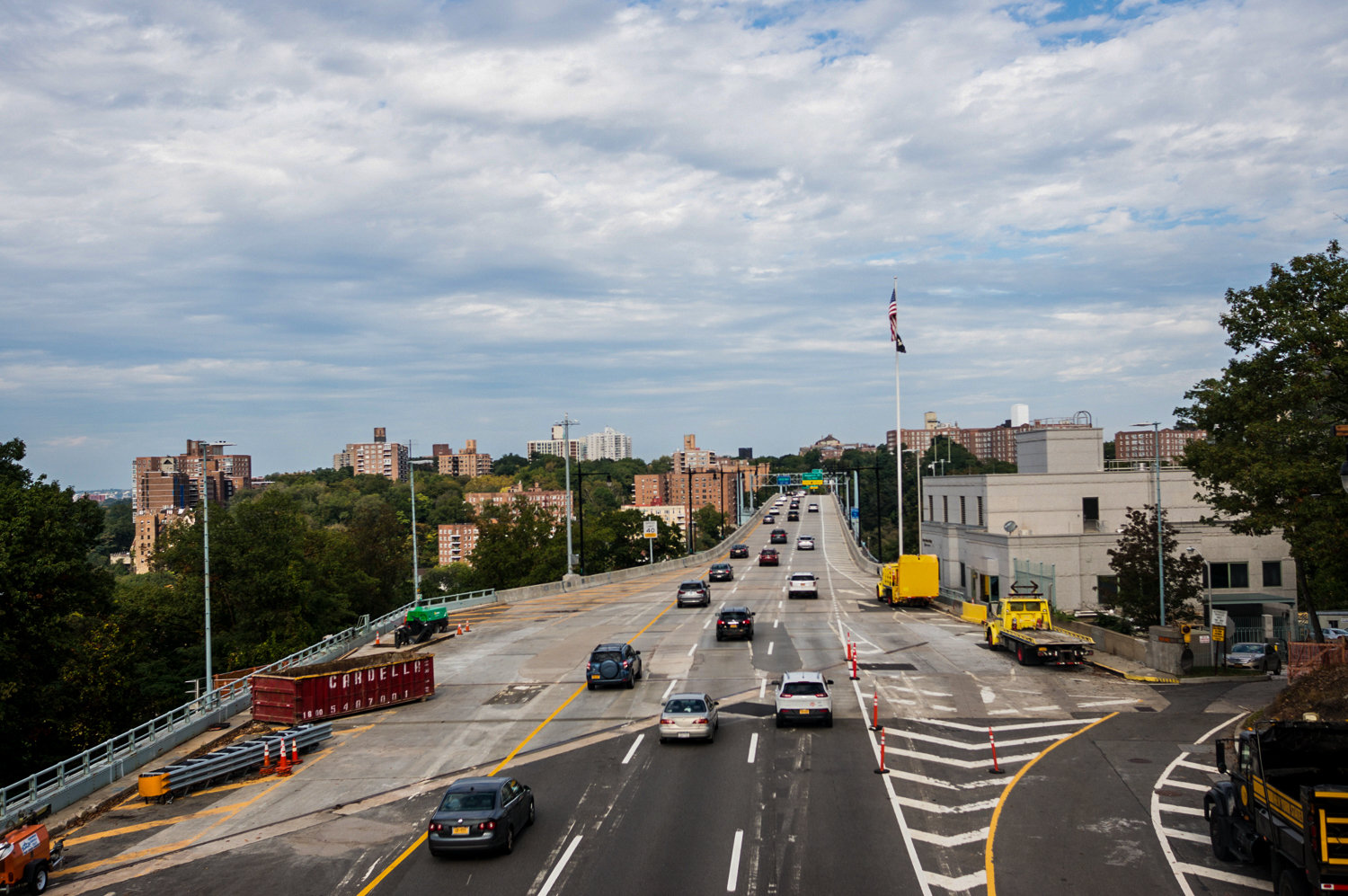 One lane at a time was closed on the northbound and southbound levels of the Henry Hudson Bridge in work that started in late 2017. Now, some three years later, all that work is finally complete.
JULIUS CONSTANTINE MOTAL / File
By MICHAEL HINMAN

It’s over. The massive Henry Hudson Bridge renovation that started nearly four years ago has now officially wrapped up.

The Metropolitan Transportation Authority officially completed the $86 million project on Monday. The work — which affected both levels of the bridge crossing Spuyten Duyvil creek as well as the pedestrian path across — is considered the most extensive on the bridge since it was first completed in the late 1930s.

“Despite the COVID-19 pandemic, we were working safely and getting projects done,” said Janno Lieber, president of MTA Construction & Development, in a release. “In many cases — like here at the Henry Hudson Bridge — (we were) getting them done ahead of schedule.”

Still, Lieber had a warning for federal lawmakers who have yet provided any significant pandemic financial relief to states and municipalities: “To continue delivering projects like this — projects that save our customers time and help cut traffic and air pollution — we need Washington to step up and provide billions in emergency relief to offset the MTA’s pandemic-related financial crisis.”

The full reopening of the bridge comes a year after MTA officially reopened the pedestrian path — which had been closed to walkers and cyclists since 2018. That closure created a significant outcry from not just casual pedestrians, but also those riding their bikes from their Bronx homes to their Manhattan jobs.

The MTA did offer a shuttle to take pedestrians across, but for some pedal commuters like Craig Weingard, it wasn’t the most feasible way to go.

“You don’t want to wait 30 minutes for a bus to start going through stoplights,” Weingard told The Riverdale Press in early 2018. “It’ll take 30 minutes just to get to Inwood Park. What’s the point? The whole solution is just so — it’s just not a solution.”

Some cyclists instead chose to detour down to the Broadway Bridge, requiring them to snake through Spuyten Duyvil and Marble Hill. But that aging bridge wasn’t exactly designed to many cyclists’ liking.

“It’s a very, very dangerous route,” one cyclist, Alex Diamond, said back in 2018 when the pedestrian path first closed. And he should know — he was hit by a car while taking his alternative route.

“It was a terrible accident, and I’ve never forgotten it. I absolutely never will use Broadway to go to the city.”

Work was focused on the south approach upper and lower level roadways, the MTA said.

That included replacing the last remaining sections of the bridge’s original roadway deck, removing columns and toll islands from the former toll plaza on the lower level, and upgrading roadway lighting.

Such work helps improve the roadway alignment as well as sight distance, officials said. And not all of the improvements can be see by the naked eye: The work has extended the service life of the bridge, helping it withstand larger seismic events than it could before, while helping it better handle heavier — and more — vehicles.

When the Henry Hudson Bridge first opened in 1936, it stood as the longest plate girder and fixed-arch bridge in the world, with its longest span at 841 feet.

By the time the restoration started in 2017, the bridge wasn’t even in the top 50 of a list topped by the Chaotianmen Bridge in China, which boasts a span of more than 1,800 feet.