He’s simply someone neighbors know to call in a pinch

Sergio Villaverde is driven by service, both in the courtroom and nabe 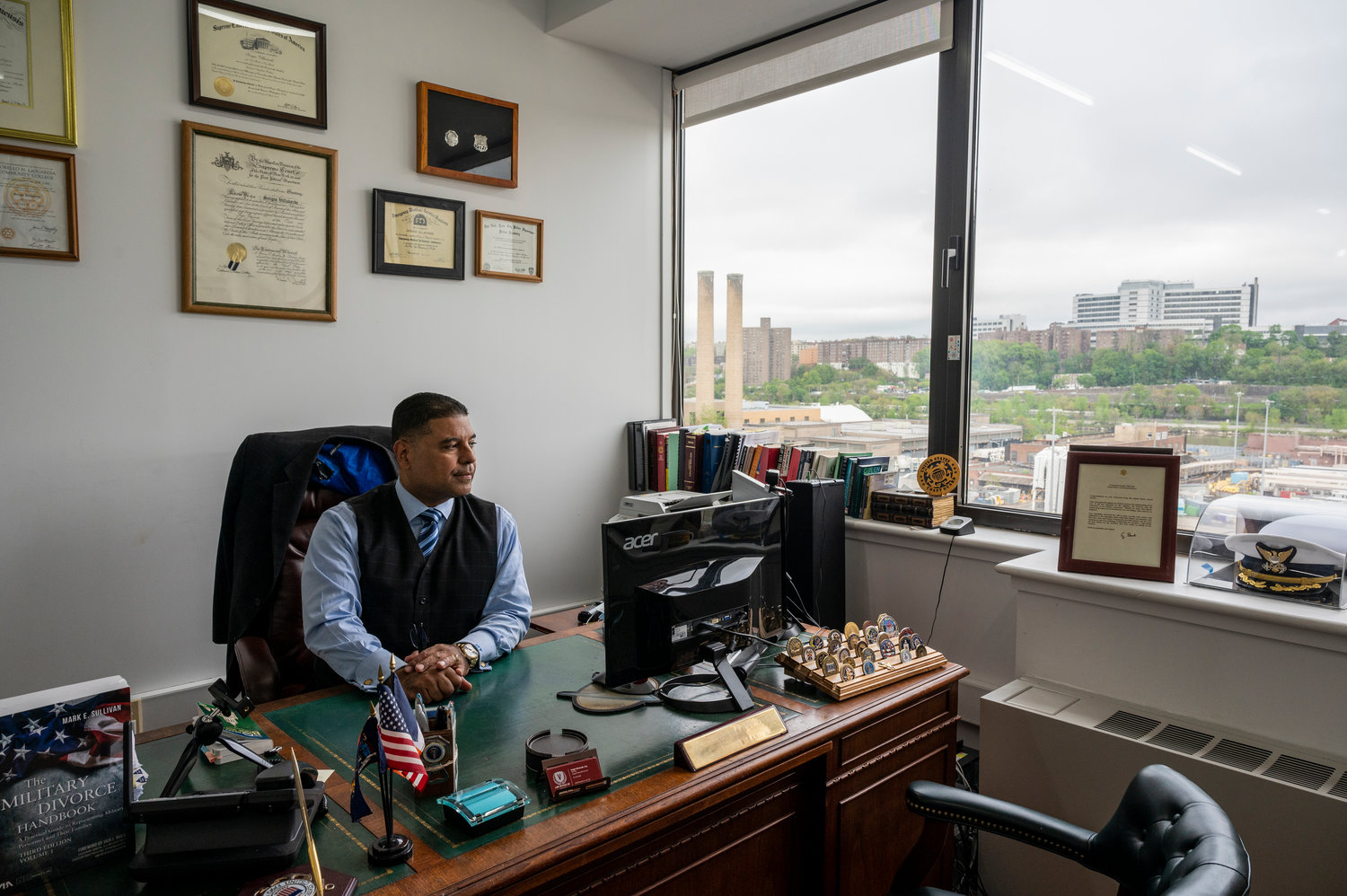 Sergio Villaverde has devoted his life to helping others. The attorney was recently honored by the New York State Bar Association for his pro bono work representing domestic violence survivors.
HIRAM ALEJANDRO DURÃN 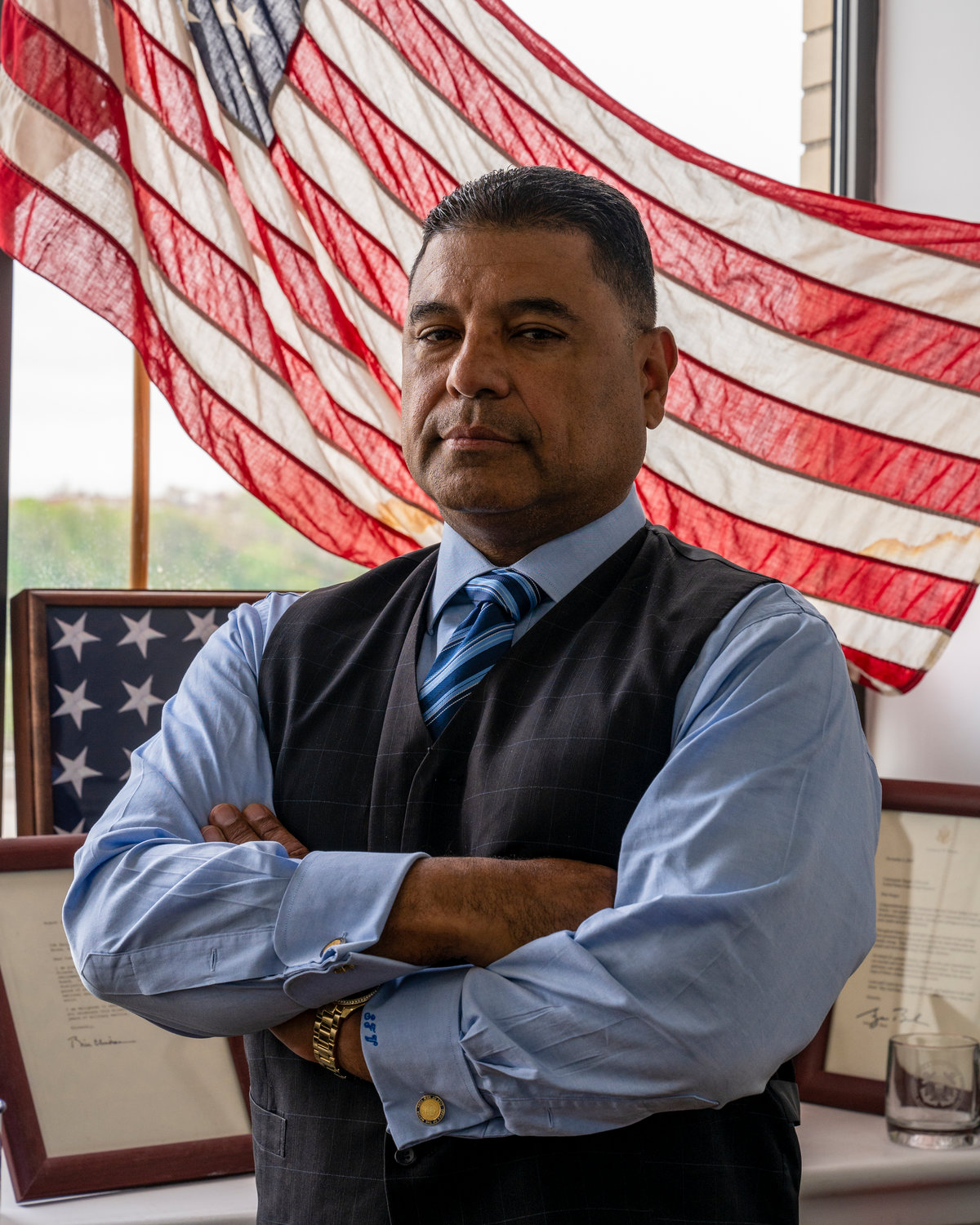 If there’s anything Sergio Villaverde wants people to know about him, it’s one very important thing: He’s utterly devoted to helping people.

“Service is something that’s always attracted me,” Villaverde said. “I’ve been blessed to have jobs where I get to be of service to other people and get paid for it.”

Whether he gets a paycheck for it or not, Villaverde has devoted much of his life to serving his greater Kingsbridge Heights neighborhood, the city and the country at large.

By day, he runs Villaverde Law, a small family firm in Midtown. But Villaverde also volunteers his time representing domestic violence victims — so much, the New York State Bar Association recently honored him with one of its pro bono service awards.

When he’s not in the courtroom, Villaverde also represents his neighbors on Community Board 8, where he chairs the veterans affairs special committee. If that weren’t enough, Villaverde also volunteers on several bar association and military association boards, the latter thanks to his decades of service to the U.S. Coast Guard Reserve.

This corner of the Bronx has been Villaverde’s home since he was 7 — and he has rarely left. Because of that, he just can’t shake that sense of devotion to give back what he says this community has already given to him.

After graduating from John F. Kennedy High School in the mid-1980s, Villaverde joined the Coast Guard Reserve. When he wasn’t on the water, Villaverde worked in the New York Police Department’s community policing office while at the same time moonlighting as an emergency medical technician.

“It’s a front row seat to history,” Villaverde said. “And sometimes you can have an impact on events.”

For instance, Villaverde was a first responder at the World Trade Center on Sept. 11 — an experience that haunts him to this day.

“Walking through the haze of what was downtown Manhattan on the night of 9/11 was literally like being in a dream,” Villaverde said. “You had that haze effect from all the dust and all the debris in places that you know. It was being in a familiar place in a horrible situation.”

In the aftermath of the attacks, Villaverde focused his attention round-the-clock, serving as a senior leader at New York Harbor’s Coast Guard station.

Villaverde had another front-row seat to more history in 2010 when he was called down to the Gulf of Mexico to help clean up the Deepwater Horizon oil spill. It was one of the largest environmental disasters ever with nearly 5 million barrels of oil dumped into the ocean over five months following a methane explosion some 5,000 feet deep in the ocean.

Villaverde still found time to get his bachelor’s degree before all of that from CUNY’s LaGuardia Community College in Queens. It was here Villaverde discovered an interest in law and activism.

The defining moment? A 1990 protest by students from across CUNY’s campuses railing against tuition increases and budget cuts. His college’s student government took over LaGuardia at one point.

“We locked all the doors to the school,” he said. “We spent 10 days locked in the school. We took over the 59th Street Bridge twice.”

Once the protests waned, volunteer attorneys were sent out to oversee the terms of the students’ “surrender,” Villaverde said. Their agreement with school officials ultimately ensured no student would be prosecuted or punished academically for the protest. One of the attorneys — a real estate lawyer from Queens — made a lasting impression on Villaverde.

“And I remember thinking, here’s this guy who has this license and this skill set (and) he’s able to volunteer his time for a socially valuable cause,” Villaverde recalled. “And I said, ‘That’s really, really cool. I’d like to be able to do that.’”

When Villaverde graduated from Fordham University’s law school, he immediately gravitated toward representing domestic violence survivors, because that particular epidemic was something he often encountered working for the NYPD. Not just individual incidents themselves, but “the impacts and the ramifications it has on entire generations.”

hat led Villaverde to the broader field of family law, where he also tackles divorces and child custody battles. He chairs the Bronx County Bar Association’s family and matrimonial committee — a role which offers him opportunities to teach family law classes.

Villaverde doesn’t do this work to win awards. Still, he appreciates the recent honor from the state bar because he hopes it could inspire other lawyers to log more pro bono hours.

Closer to home, Villaverde revived CB8’s veterans affairs special committee after it died out a few years ago. The committee’s goal, he said, is to work with other groups inside the community board to ensure veterans issues are being addressed in all aspects of the volunteer organization’s work.

Veterans “are people who often have a lot to offer,” Villaverde said. “Life experience-wise, organizational skills that come from serving in the military. They’re a value to our society, and we don’t use them enough for the skills that they have.”

As one of the few CB8 committee chairs from the eastern side of Broadway, Villaverde said representing all the interests of his neighborhood in the mix of a much more vocal Riverdale portion can be challenging. But the experience is ultimately enjoyable.

“It’s fairly rewarding in and of itself,” Villaverde said.

“People kind of know I’m on the community board and that I’m active. So sometimes they’ll come up and say, ‘You know what, I know who to call about that.’ And that’s the best part of it.”