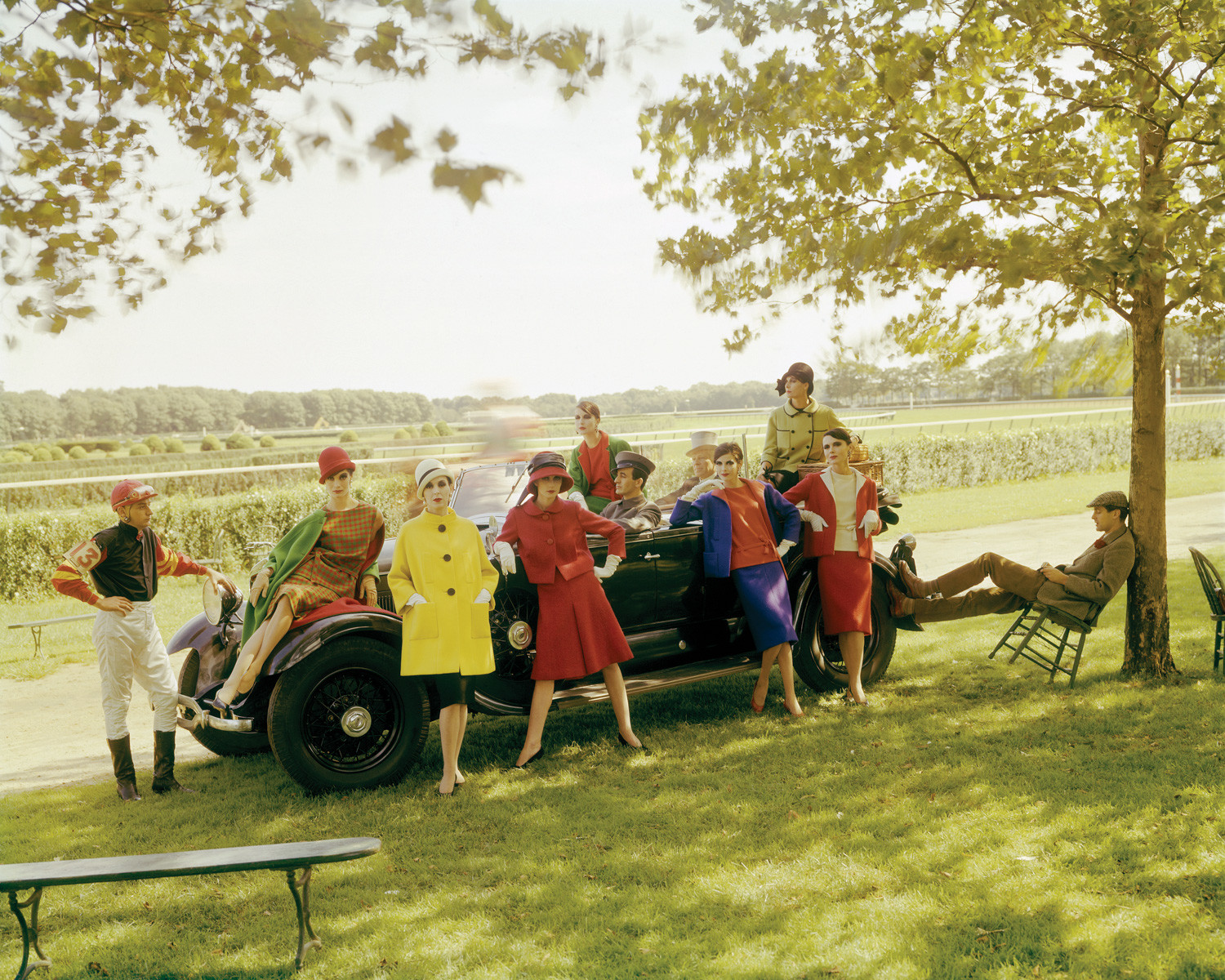 The Museum at Fashion Institute of Technology hosts the exhibition ‘Norman Norell: Dean of American Fashion’ displaying roughly 100 outfits and accessories of the designer’s work between Feb. 9 and April 14.
Courtesy of Joshua Greene 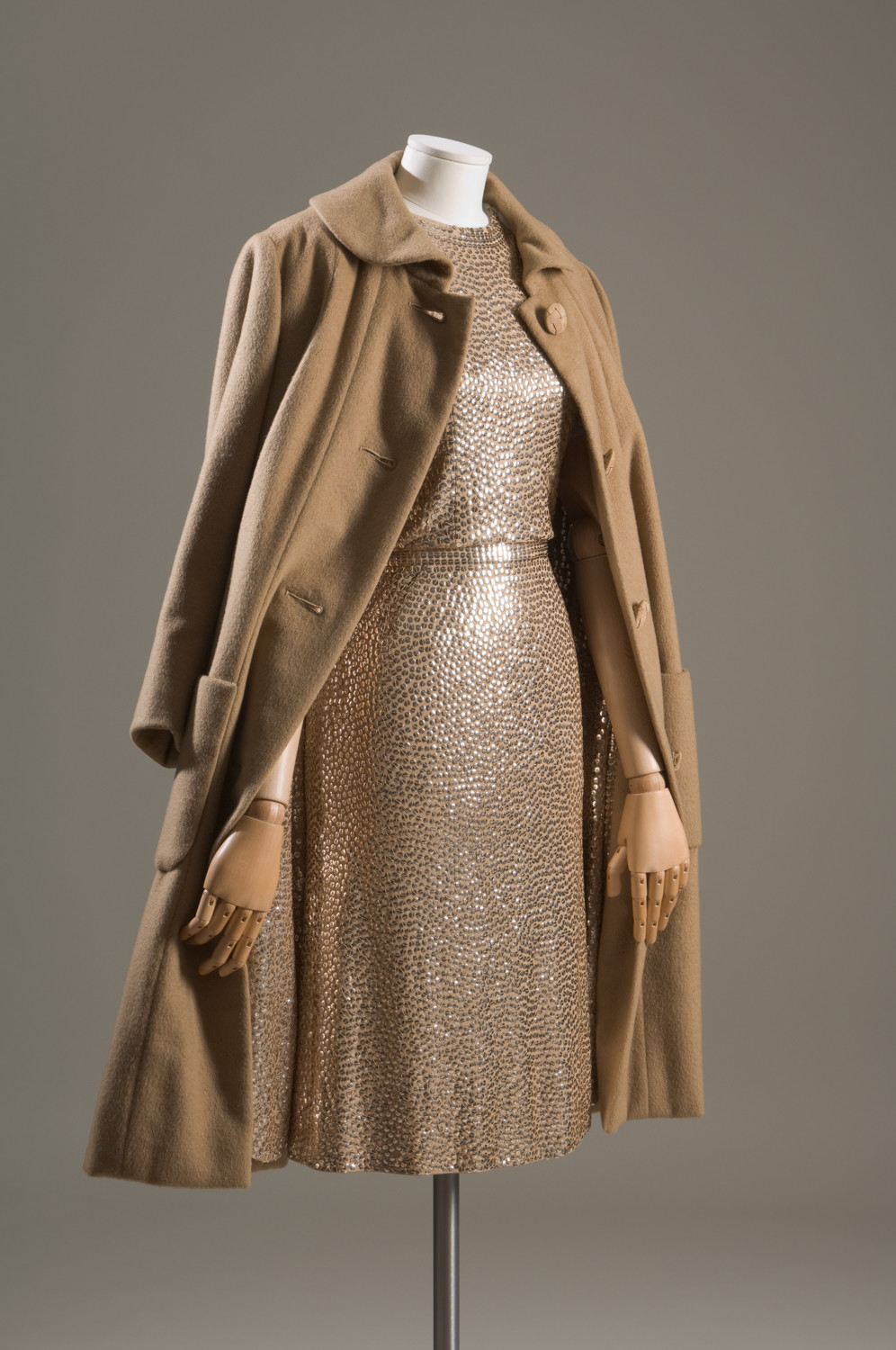 Actress Lauren Bacall once donated a 1950s gold evening coat and dress in cashmere, silk jersey and sequins to The Museum at Fashion Institute of Technology. The Traina-Norell outfit is part of an exhibition showcasing the work of designer Norman Norell.
Courtesy of The Museum at FIT 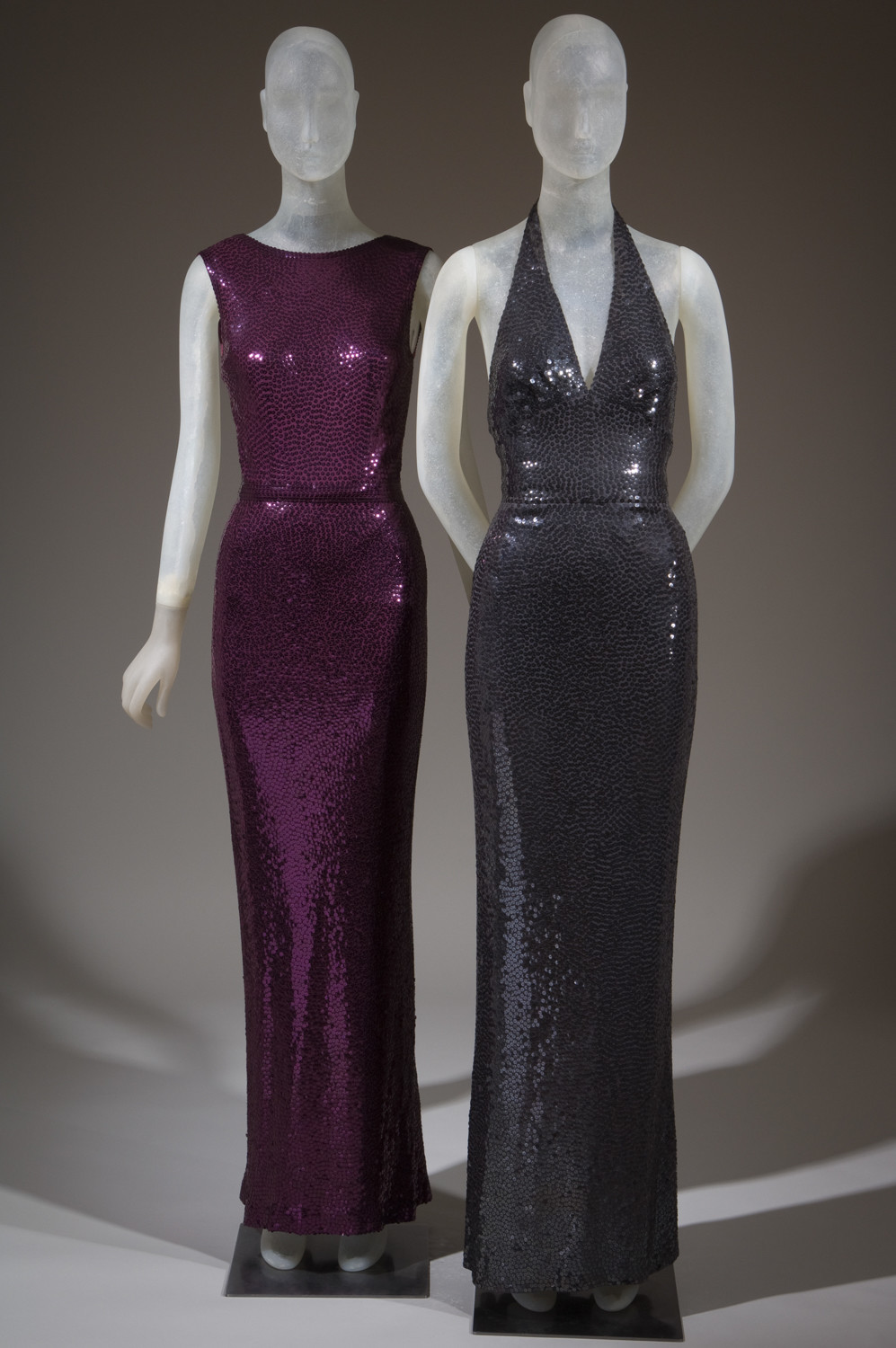 American fashion designer Norman Norell might have been best known for his ‘mermaid’ gowns, which included a strong use of sequins. These are two out of the roughly 100 pieces by the designer on display between Feb. 9 and April 14, part of an exhibition on Norell.
Courtesy of The Museum at FIT 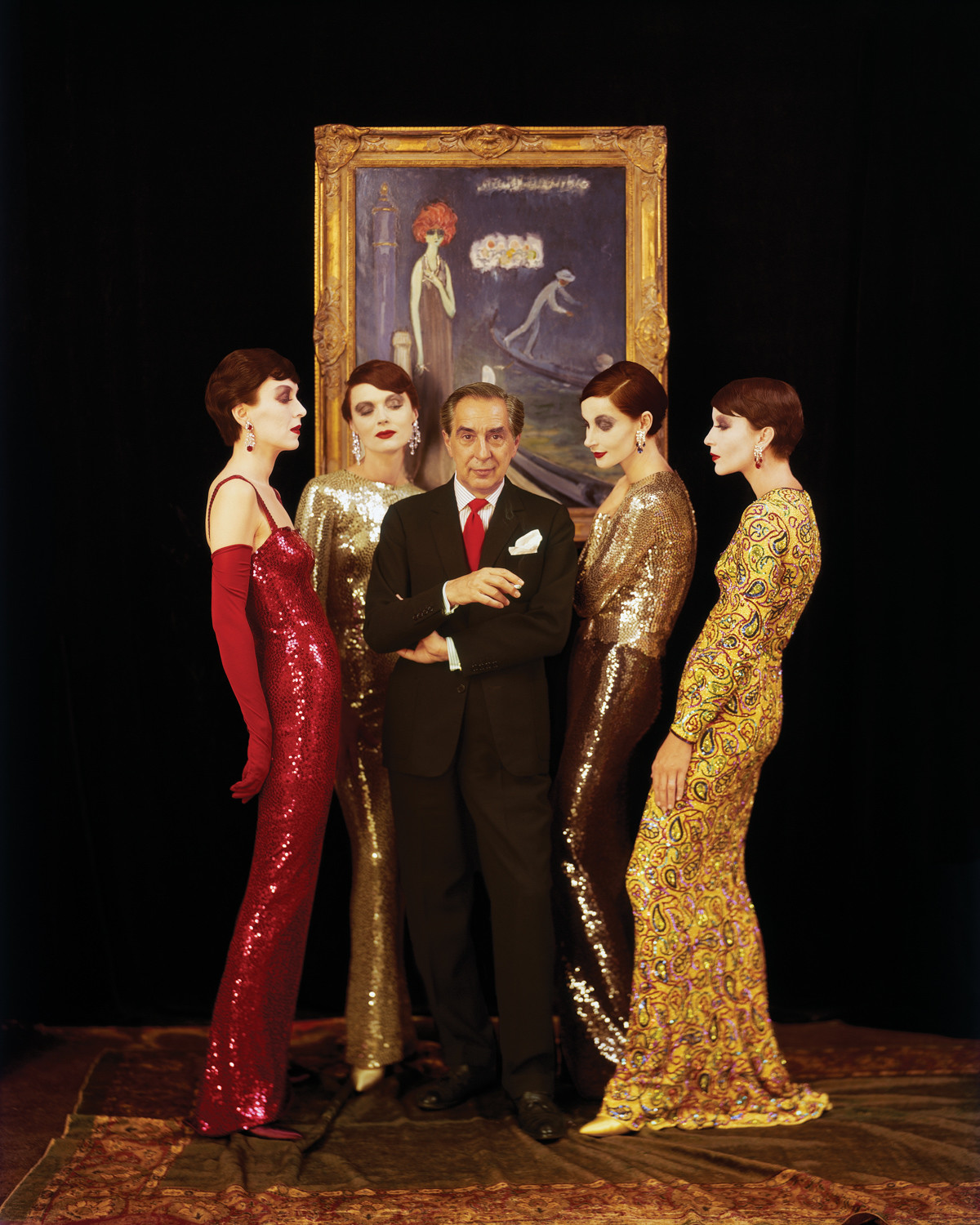 The exhibition 'Norman Norell: Dean of American Fashion' will show roughly 100 outfits and accessories by the designer at The Museum at Fashion Institute of Technology.
Courtesy of Joshua Greene 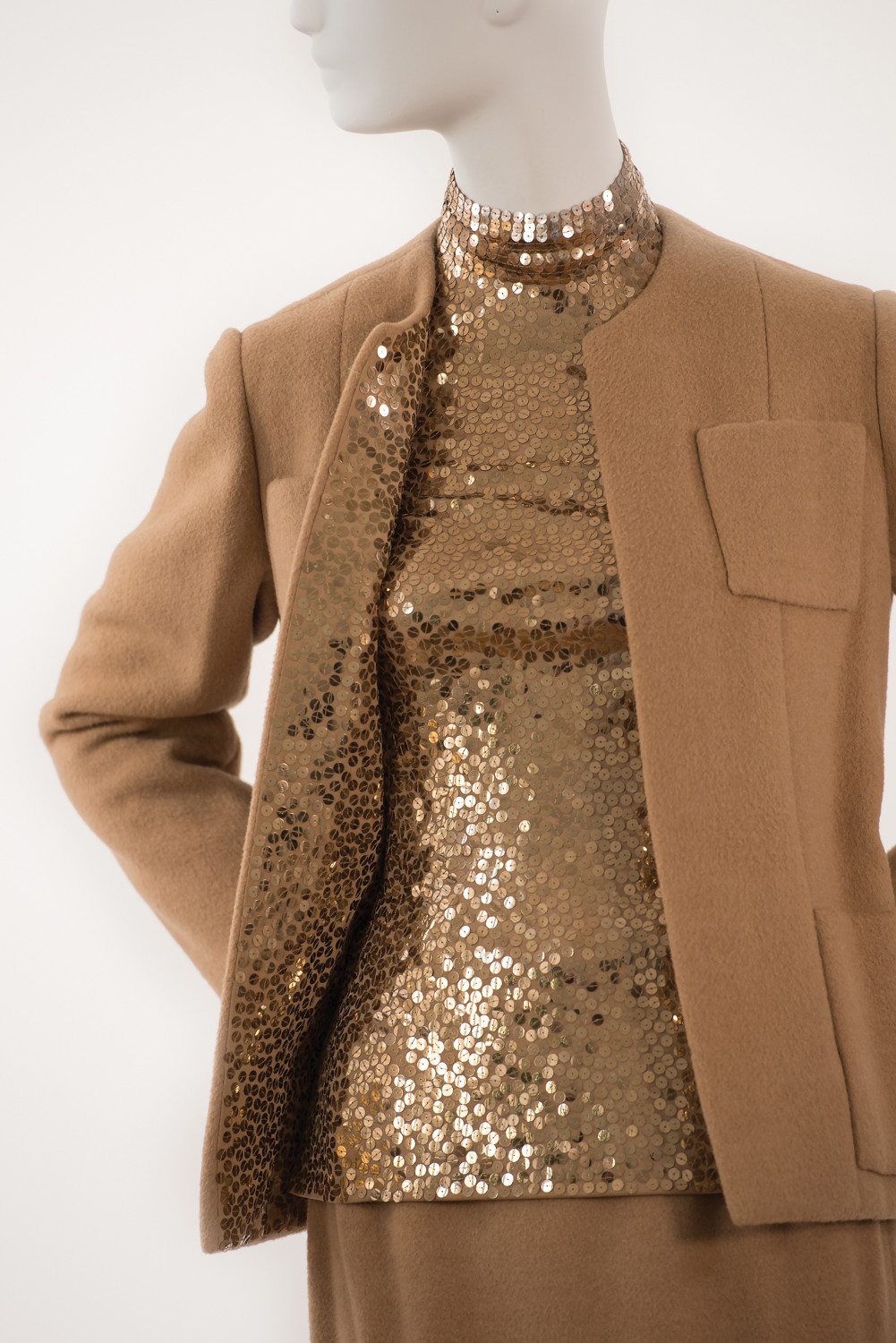 This 1971 camel hair and paillette theater suit is one of nearly 100 items featured at The Museum at Fashion Institute of Technology’s exhibition on fashion designer Norman Norell. Some of his clients included former first ladies Jacqueline Kennedy Onassis and Lady Bird Johnson. Michelle Obama wore a vintage dress by Norell during her time in the White House.
Courtesy of The Museum at FIT
Previous Next
If you go ...

WHERE: The Museum at Fashion Institute of Technology, 27th Street and Seventh Avenue, Manhattan

HOURS: Tuesday through Friday from noon to 8 p.m., Saturday 10 a.m. to 5 p.m., Sunday through Monday closed

Mimi Maxmen has delayed giving out an essay assignment to her students at Manhattan’s Parsons School of Design — and The Museum at Fashion Institute of Technology is to blame.

Maxmen teaches a fashion history course that stretches from the 19th century, and in less than a few weeks, her students will get to see the work of one of that period’s key designers as FIT is set to feature Norman Norell beginning Feb. 9.

There Maxmen and her class — and the rest of the public — will get to see roughly 100 of Norell’s outfits and accessories.

“He really was the first — well, earliest — fashion designer whose work appealed to the American wealthy upper classes who wore couture clothing,” Maxmen said. Before then, Americans followed the dictates of European couture.

European factories, which had been used for wartime production, were damaged during the bombings of two world wars, severely crippling the European couture houses in France, Italy and England. That opened the door for the United States to step in and develop its own brand of design and couture.

Norell was a talented designer who moved into fashion’s forefront at the right time, she said. All of the high-end department stores carried his clothes.

During his career, Norell received some of the industry’s most prestigious awards, including the Neiman Marcus Award for Distinguished Service in the Field of Fashion in 1942, and the Coty American Fashion Critics’ awards over multiple years between 1943 and 1966.

“Unless someone mounts an exhibit, you won’t hear the name,” Maxmen said. “He was everywhere, and now young people haven’t a clue who he is.”

“A lot of what he did is as relevant now as then,” said Diane Roth, owner of L’Armoire in New Canaan, Connecticut. She’s received about a dozen inquiries about pieces by Norell last year. Roth sells high-end clothing and accessories, and carries vintage garments.

“The modern designers, if you look at their designs with the big buttons and the four pockets, that’s very Norman Norell,” Roth said.

“If you look at her silhouette in her original line with the twisted front,” Roth said, “the shape is heavily based on his things.”

She purchased items for herself based on what she liked, “and they just happen to be Norell.”

Uffner’s collection, which she does not rent out, includes a black wool knit dress with a self-belt, a long white wool crepe “with extraordinary buttons,” an all-sequined evening gown with a plunging back, and a satin evening coat completely covered in three-dimensional poppies.

Norell is perhaps best known for his glittery “mermaid” gowns. He used thousands of hand-sewn sequins on knitted jersey, where he could cut a rounded neck and use a variety of sleeves.

Before the world knew him as Norman Norell, Norman David Levinson was born in 1900 in Noblesville, Indiana. He moved to New York to study illustration at Parsons School of Design in 1919, later transferring to Pratt Institute in Brooklyn. It was there he renamed himself “Norman Norell.”

Next, he worked for Hattie Carnegie, a leading fashion house at the time, and later left to partner with Anthony Traina in the 1940s for their own label, Traina-Norell.

The FIT show opens Feb. 9 and runs through April 14.

Fans of Norell’s work like Maxmen, Roth and Uffner — who all plan to attend the exhibition — are happy a new generation of designers and museum visitors of all ages will have the chance to see his work and his contribution to American fashion. At least in this respect, Norell’s name will not be lost to history.

“He was famous in America as Dior and Chanel (were) in Europe,” Maxmen said. “He was the American designer at that particular time. Norell was in a class by himself.”