Home sales head back to normal 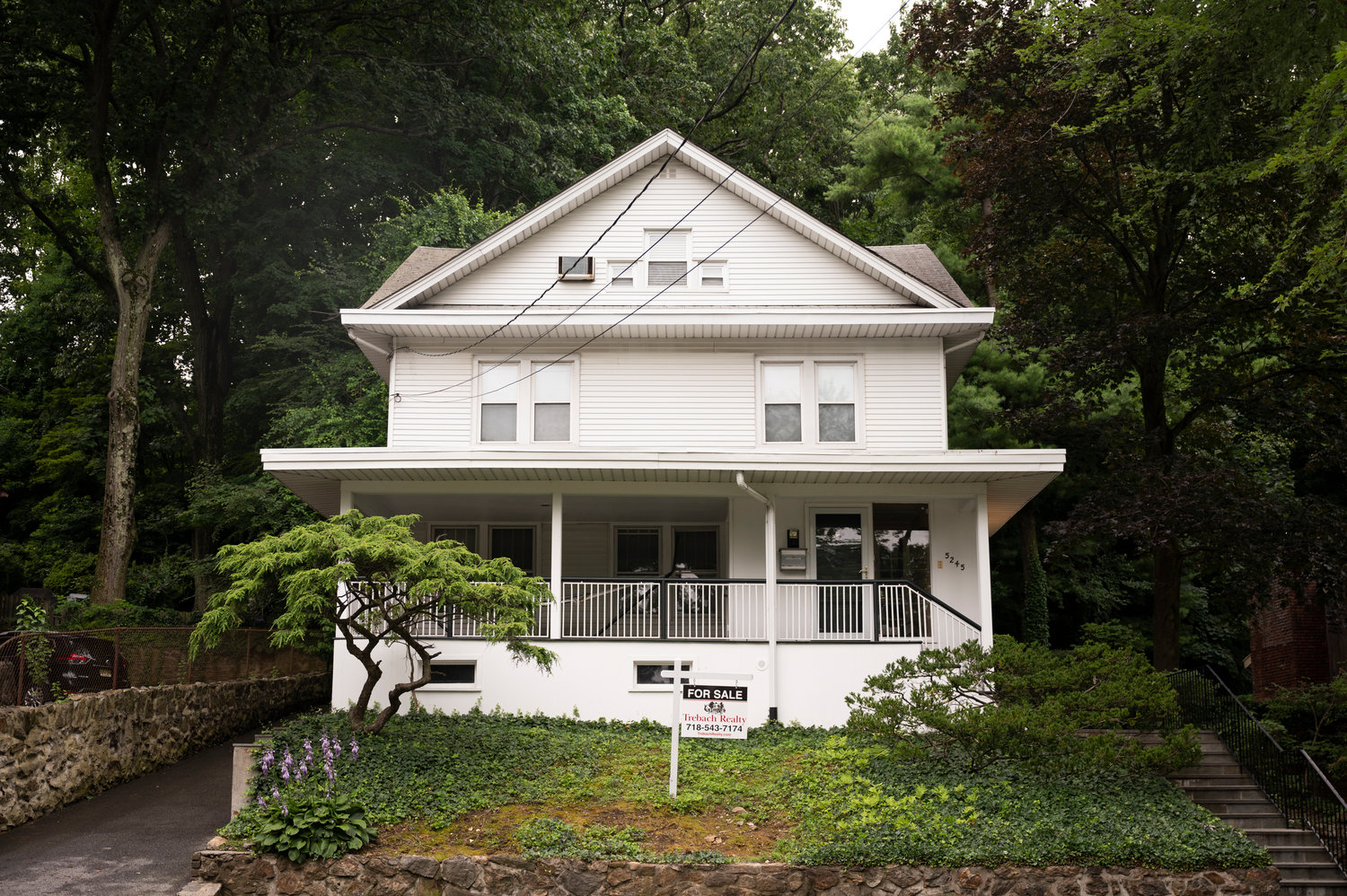 Trebach Realty is working to sell this home on Fieldston Road — one of many the local agency handles in this part of the Bronx. But just as there are homes on the market, there are also buyers coming in as well, keeping real estate healthy in the city despite anecdotal reports otherwise.
HIRAM ALEJANDRO DURÁN

Houses at the very top of the market — some of which have been sitting around for a while — have all sold now.”
PAMELA TREBACH
Support journalism

Pamela Trebach has plenty of reasons to be optimistic about the housing market — even during a pandemic.

A broker in the local family business Trebach Realty, Pamela says she actually sees no end in sight to the high demand of homes in this part of the Bronx, especially in the greater Riverdale and Kingsbridge area.

“Closings are a constant,” Trebach said.

“More often than not, when I reach out to real estate attorneys, they are at closings.”

Not that there weren’t struggles — especially during the early days of the coronavirus pandemic last year. In fact, there was one point with real estate transactions at historic lows that Trebach feared the market was just not going to make it.

“After the lockdown in late June of 2020, we were concerned that buyers had passed us by for Westchester, Connecticut and beyond,” Trebach said. “But much to our surprise, we were incredibly busy. We did not notice a dip in September, which is normally the beginning of a slower real estate season. In fact, the frenzy continued straight through the winter and into the present.”

Those initial numbers were discouraging, but some of the chatter around that time also didn’t help — mostly based on anecdotal reports of a mass exodus from high-density urban areas like New York City where a dangerous virus could spread like wildfire if left unchecked.

In fact, some — like Community Board 8 land use chair Charles Moerdler — believes there are still some difficult days ahead when it comes to real estate, especially in the Bronx. It’s not just something he bases on volume of sales, but on who exactly is leaving, and what it could mean for revenue to the city government.

“My guess is — and this is purely a guess — that there will be a meaningful percentage of the individual tax base — and that means people who are earning true middle-income numbers and above — who will relocate,” Moerdler said. “And if that is so, what’s the impact in that?”

And the pandemic isn’t the only villain in all of this, Moerdler says.

“Tied into that same issue is the general assumption that there will be significantly increased New York City-based taxes in one form or another in order to pay for a variety of things,” Moerdler said.

Instead, those tax revenues are heading to other neighboring states. According to the National Association of Realtors, more than half the people who left New York at the height of the pandemic moved to New Jersey. About 12 percent of them moved to Connecticut.

It’s the kind of mass exit not seen in New York since Sept. 11, 2001, Moerdler said. “A vast proportion of the population in the lower Manhattan area that could afford to do so left the area.”

And while many of them may have settled in the greater Riverdale area, many more settled outside of New York City, he added.

While some initial reports suggest dips in home valuations east of the Jerome Park Reservoir, Trebach hasn’t experienced much of any of that more locally.

In fact, the current buying frenzy that completely reversed what hppened a year ago has benefitted even some of the harder-to-sell properties in many real estate agents’ portfolios.

“Any house that hits the market and is priced properly should sell,” Trebach said. “Houses at the very top of the market — some of which have been sitting around for a while — have all sold now.”

That includes even some bigger-ticket homes. Like a condominium unit at 4433 Douglas Ave., that closed for $1.2 million, according to city property records. In fact, there were 145 closed sales in May in the Bronx, according to the New York State Association of Realtors, compared to 120 during the same time in 2019 before the pandemic.

New buyers typically have an affinity for properties that are freshly built or recently renovated, Trebach said. However, because demand is so high, buyers are willing to settle for anything good they can move into now.

“Because of the pandemic, materials are on back order,” Trebach said. “This is usually a first preference, but we also have buyers who are willing to purchase the right home and renovate later.”

While co-ops and condos have made up some of the sales locally, Trebach believes more of her clients prefer freestanding, detached homes with plenty of outdoor space.

“It’s all relative so long as the buyers are able to purchase a space that is larger than what they currently have,” Trebach said. But the pandemic has created one new boom: “Everyone is looking for a home office — and in some cases, two home offices.”

There is even a term coined for this preference, “Zoom rooms,” Trebach said, named after the online videoconferencing app many depended on during the pandemic to stay connected to work, family and friends.

Those “Zoom rooms” will certainly make a dent on the commercial side of real estate, Moerdler warns, as more and more people opt to continue working from home. But even that could have long-lasting effects on the residential side as well, because if people don’t need to live close to a downtown Manhattan job, they’re not going to feel compelled to live somewhere that is markedly more expensive than suburban or rural areas a little further away.

If city officials are concerned about a tax base drain in the near future, they aren’t showing it. Mayor Bill de Blasio and the city council recently passed a $99 billion budget — the largest in city history. Paying for that budget might be hard, Moerdler said, because it could ultimately come in the form of higher taxes across the board.

“We can’t chase out people who pay taxes,” he said. “If we do, where the hell is the money coming from?”

In the meantime, the upswing in home sales across the city has exposed many to neighborhoods in this part of the borough few outside of it knew ever existed.

“Years ago, Riverdale used to be almost a secret,” Trebach said. “People would come to see Riverdale real estate and be surprised that this wonderful neighborhood existed so close to Manhattan. It looks like the cat is out of the bag.”