How did he do for Riverdale? 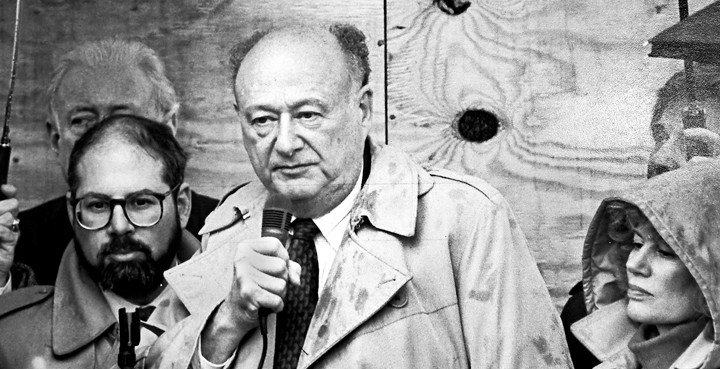 Mayor Ed Koch speaks at a rally to defend ‘The Riverdale Press’ after the paper’s offices were firebombed in 1989. At his left is Richard Stein, publisher of ‘The Press.’ At his right is then-Councilwoman June Eisland. Mr. Koch was among two mayoral candidates to attend the gathering.
Riverdale Press file photo 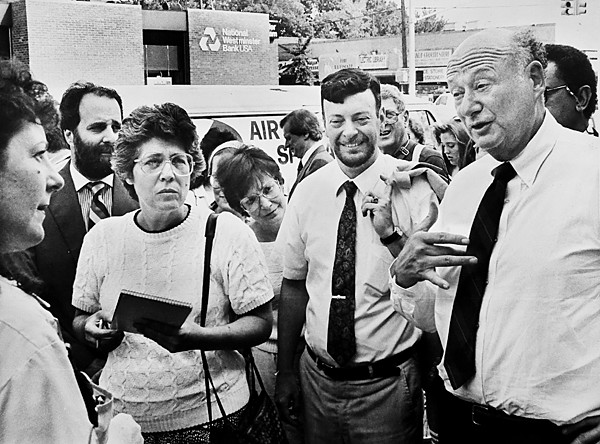 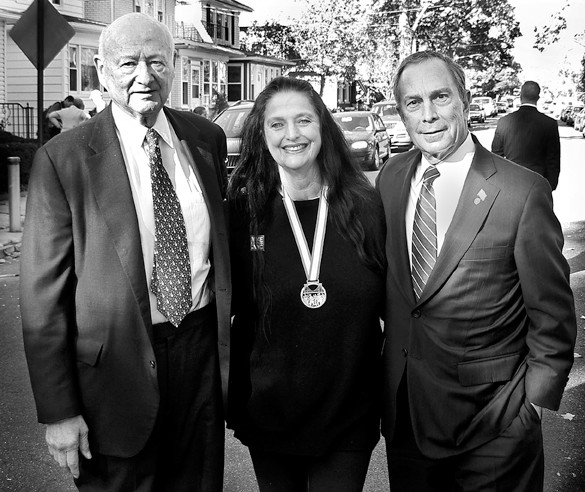 How’m I doin?” was Ed Koch’s favorite refrain when he was mayor. For the most part, when he visited Riverdale he got an enthusiastic thumbs up. But he was nothing if not controversial and, though he surely loved to be praised, he delighted in finding thorny disagreeable issues he could argue over. And he never even considered that he was anything other than absolutely right.

He climbed to the top of the heap of Democratic Party primary opponents by hammering away at one issue — an issue he could not affect as mayor — the death penalty.

His constant harping changed his image overnight from a liberal Viet Nam war dove to a tough-on-crime conservative.

The Riverdale Press was critical of the mayor on a host of issues, most notably the deplorable disrepair at local schools, his poorly thought out plan to build a massively overscaled housing project — Tibbett Gardens — on a site south of West 230th Street that had long been promised to the community for an educational park and his blind eye to the corruption of borough bosses like Stanley Friedman of the Bronx.

Eventually, the parking violations bureau scandal and the Wedtech scandal doomed his efforts to win a fourth term, ushered in the era of term limits and paved the way for his successor, federal prosecutor Rudy Giuiliani.

How did Koch respond to The Press’ attacks? They earned its then-publishers Bernard and Richard Stein a place beside him at the City Hall lunch table where he could more easily needle them with comments like his defense of subway vigilante Bernie Goetz.

When The Press was firebombed in 1989 by followers of Ayatollah Khomeini after publishing an editorial defending Americans’ right to read Salman Rushdie’s Satanic Verses, Mayor Koch rushed to the site of the bombing and promptly offered a $10,000 reward for the capture of the bombers.

A reporter for one of the dailies peppered him with questions. “Mr. Mayor,” he asked, “hasn’t this newspaper been very rough on you on their editorial page?”

“Sure they have,” Mr. Koch replied, “but I don’t respond by throwing bombs, I write letters to the editor!”