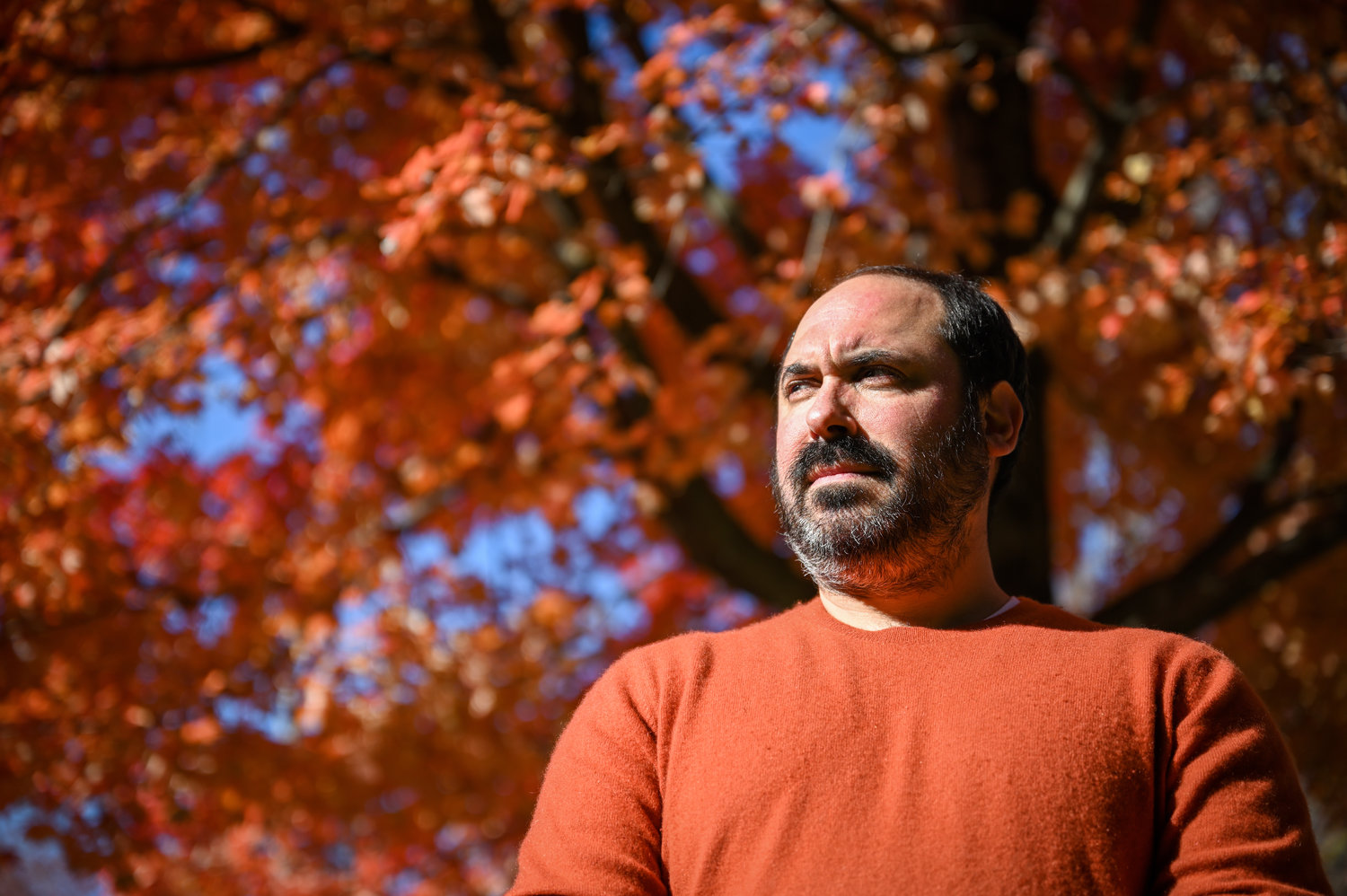 More than a million people voted early in New York City, and hundreds of thousands more voted in-person on Election Day or by mail. There were significant hiccups, however. Lines at some early locations were hours long, and some voters received incorrect mail-in ballots.
HIRAM ALEJANDRO DURÁN 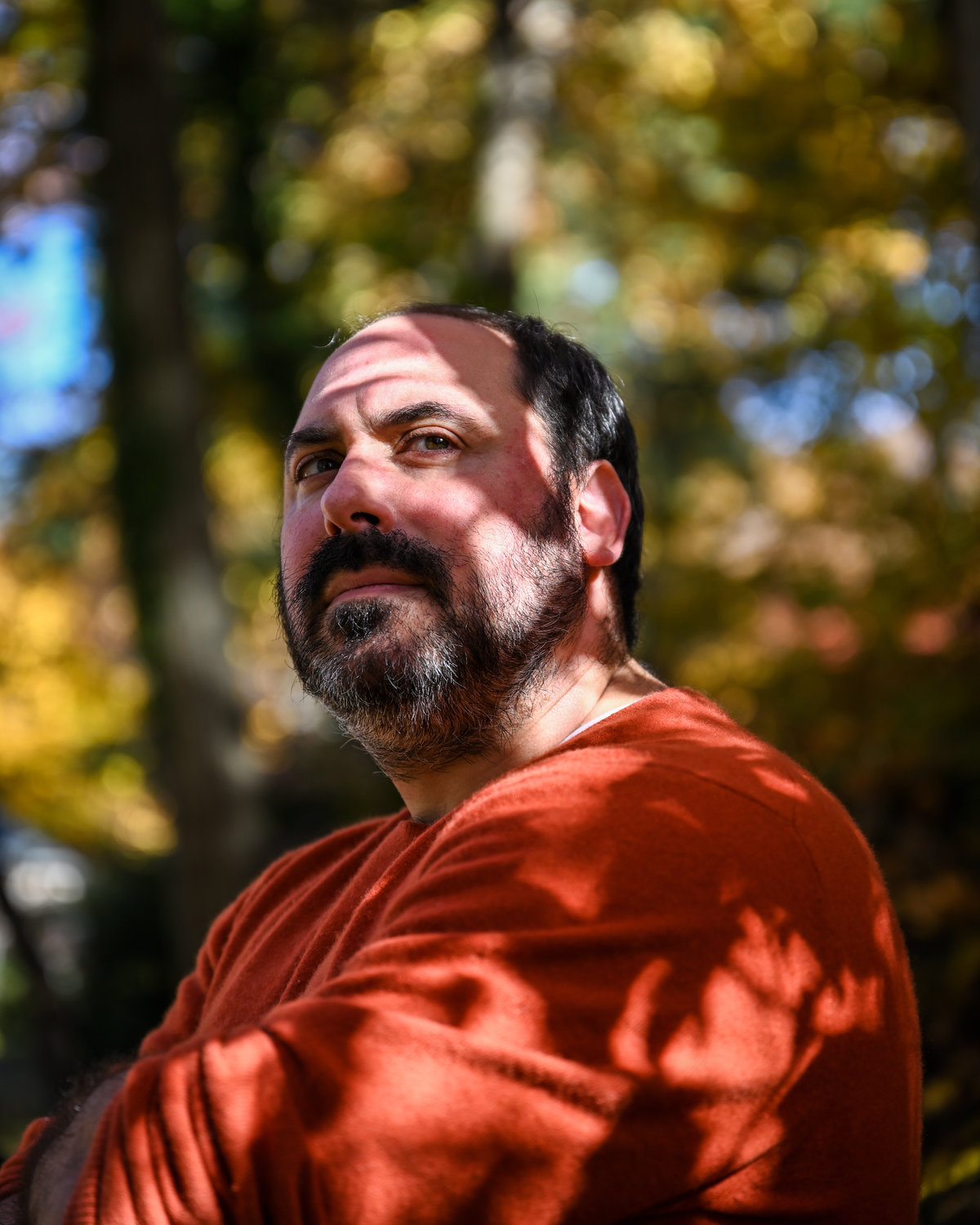 It’s been a long week for Perry Grossman, a senior staff attorney who defends voting rights at the New York American Civil Liberties Union. While voting went fairly smoothly in this part of the Bronx, Grossman has some suggestions for the expansion of mail-in and early voting for future elections.
HIRAM ALEJANDRO DURÁN 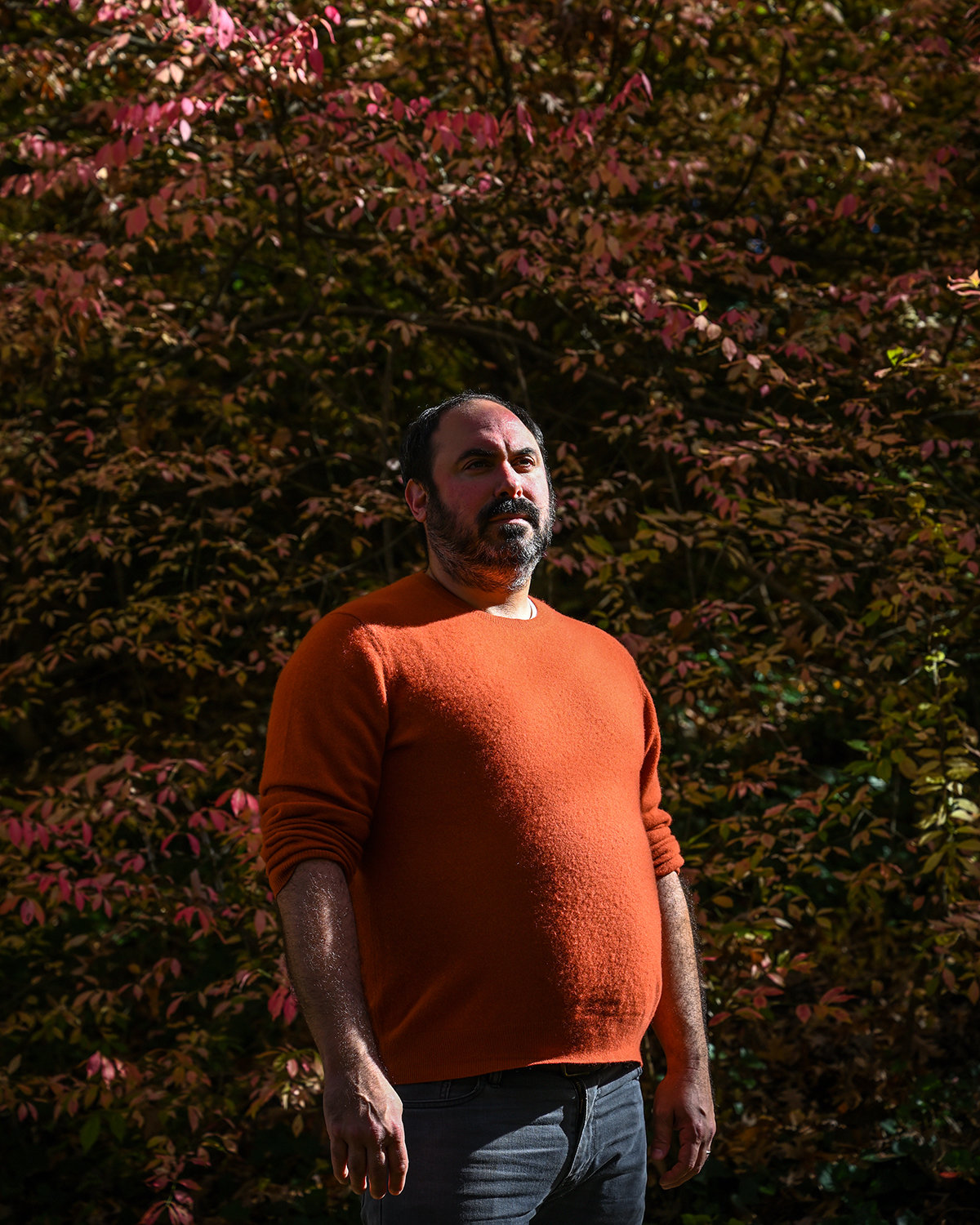 How to improve election in the future? Include postage with absentee ballots and allow voters to stop in at any early voting site in the city — or at least in their borough, said Perry Grossman, a senior staff attorney at the New York American Civil Liberties Union.
HIRAM ALEJANDRO DURÁN 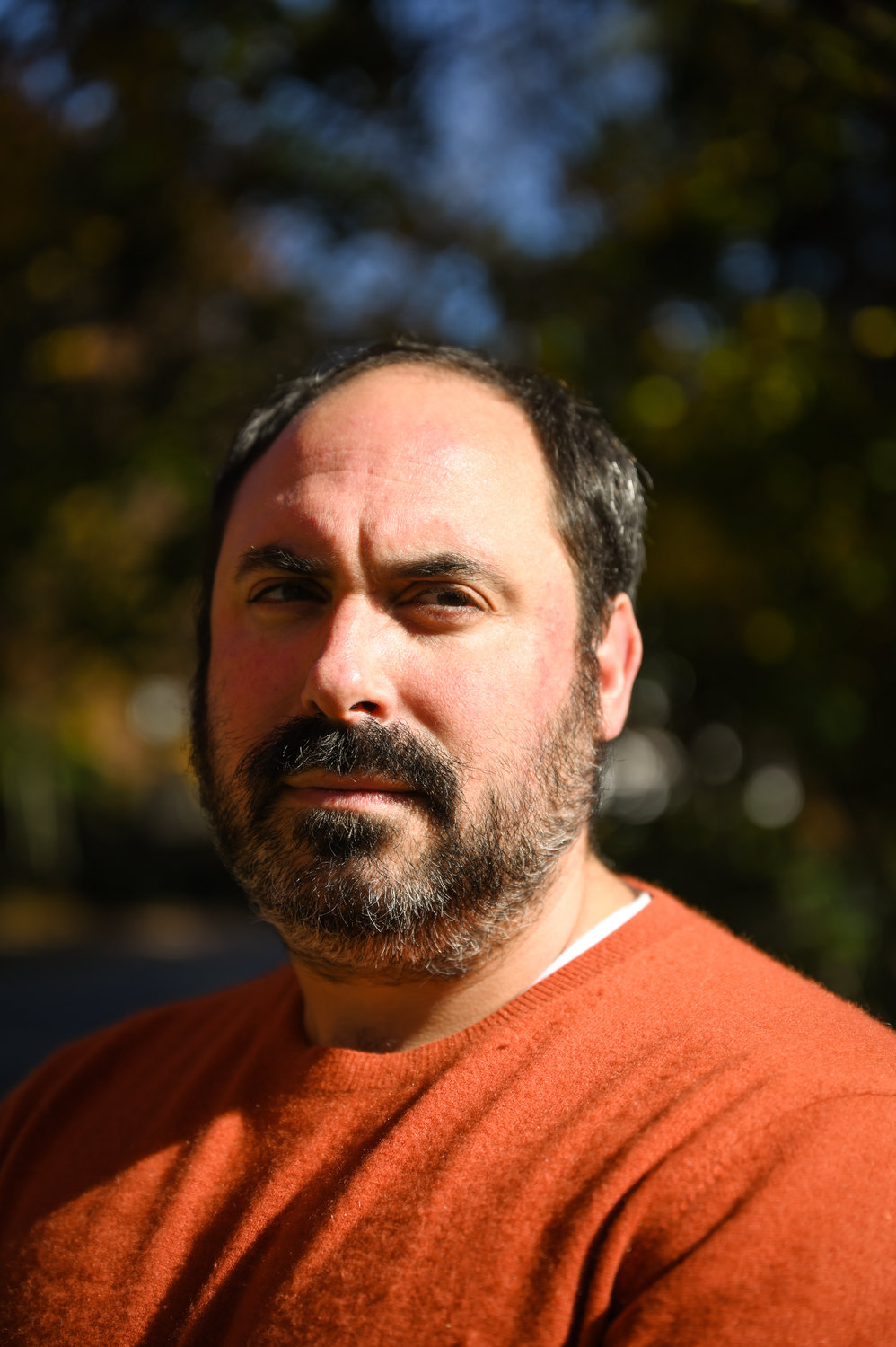 This part of the Bronx largely avoided some of the voting difficulties reported in other parts of the city — but why? And how can it keep improving in the future? Perry Grossman, a senior staff attorney at the New York American Civil Liberties Union, says there’s plenty of work to be done.
HIRAM ALEJANDRO DURÁN 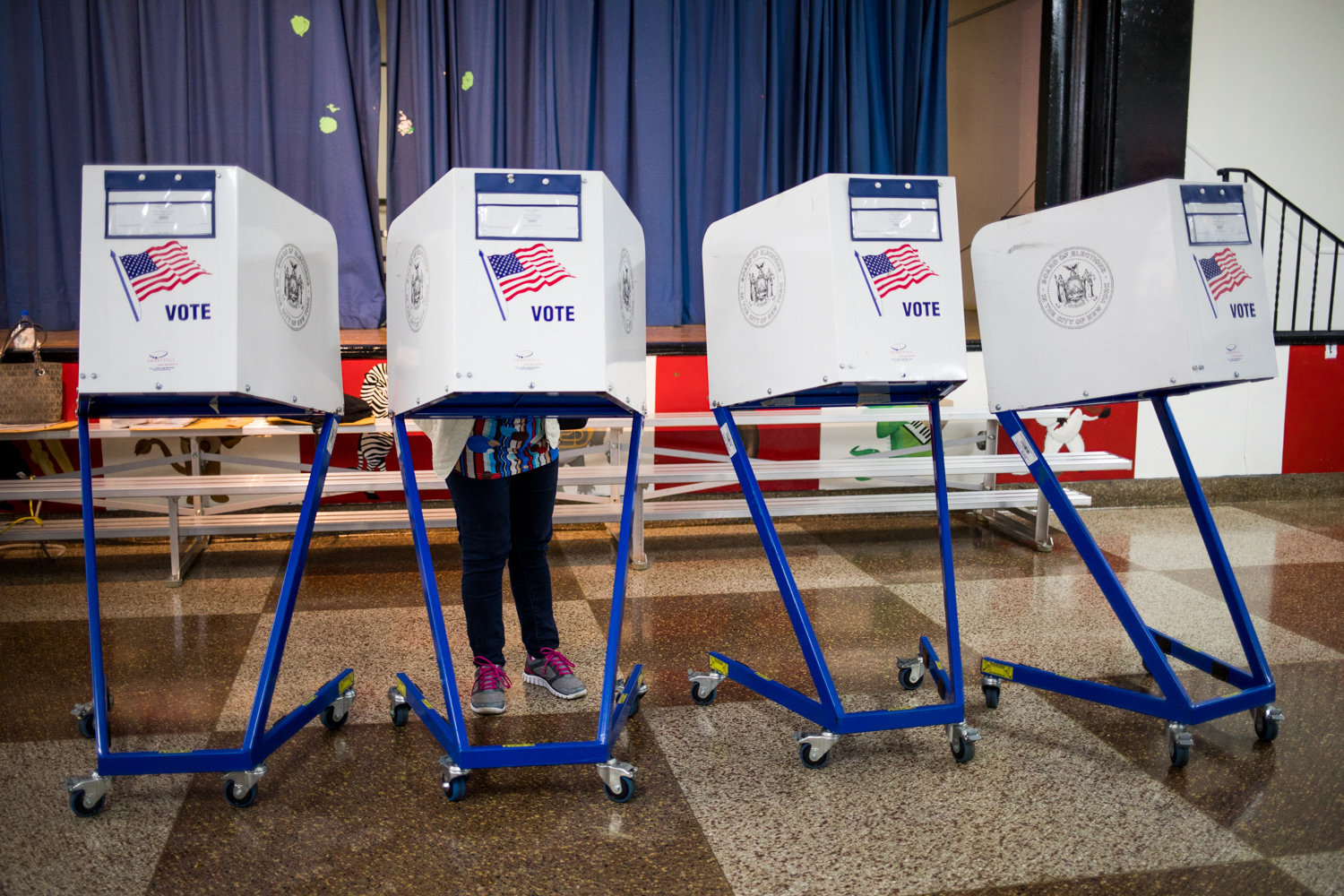 This part of the Bronx largely avoided some of the voting difficulties reported in other parts of the city — but why? And how can it keep improving in the future? Perry Grossman, a senior staff attorney at the New York American Civil Liberties Union, says there’s plenty of work to be done.
JULIUS CONSTANTINE MOTAL/ File
Previous Next
By KIRSTYN BRENDLEN

It’s been a rough year for elections.

New York introduced early voting in 2019, then had to scramble to assemble expanded absentee voting as the coronavirus pandemic gripped the city.

While keeping people physically away from polls likely protected some voters from the deadly disease during the primaries, by the time Election Day rolled around, city and state elections boards suddenly found themselves preparing for record-high voter turnout.

The first Saturday of early voting proved to be the most popular day to vote across the city with that trend holding locally at IN-Tech Academy on Tibbett Avenue, where long lines kicked off nine days of early balloting.

But ultimately, that was the worst of it. Aside from the weather — which proved to be cold and wet for most of the week — early voting at IN-Tech went off without a hitch, election officials said, even as lines snaked around blocks in other parts of the city.

The story was similar on Election Day.

“I’m a teacher, so my schedule has been crazy,” said Julissa Betances while on her way to cast her ballot at P.S. 207 on Godwin Terrace. “But we’re definitely exercising our civic duty and wanted to have my vote and my voice counted, just like everyone else. As a parent. As a citizen. As a teacher.”

Betances brought her young daughter along to get a glimpse of democracy. While she couldn’t cast her own ballot, the young girl didn’t leave P.S. 207 empty handed. She got a sticker proclaiming her a future voter.

Later that afternoon, P.S. 207 had no line and plenty of help available as voters checked in and filled out their ballots. There had been busy periods, one poll worker told The Riverdale Press, but nothing they couldn’t handle.

Counting Election Day itself, New York managed to put together 10 full days of voting with relative ease. That started locally with IN-Tech itself, positioned to accommodate just 40,000 voters, according to published reports. It’s not a small number, but compared to some other sites, it was a relatively light burden.

Monroe College, where some voters in Kingsbridge Heights headed to vote early, was set up to welcome just over 60,000.

“I think there were some sites that had 8,000 voters allocated and some sites that had 100,000,” he said. “I’m not saying it has to be equal, but it is very strange. The bigger thing is that you have got to find a way to allow voters to vote at any site in the borough, if not in the city. That would have solved some problems.”

That way, Grossman said, if someone stopped by their early voting site on the way to work but found a four-hour line, they could just stop by the next one they happened past.

Yet the biggest issue isn’t the fault of the elections board, but potential voting sites refusing to participate.

“It is extremely hard, and really undesirable, to try and work with a site that does not want to work with you,” Grossman said. “And the resistance that some places put up to being early voting sites is really frustrating. Especially among some of the city’s major cultural institutions.”

Dozens of those institutions — from St. Ann’s Warehouse under the Brooklyn Bridge to the Bronx Museum of Arts on Grand Concourse — objected to being used as poll sites in 2019. That’s hardly being civic-minded, Grossman said, especially since many of those facilities enjoy tax breaks. The least they could do is step up to the plate.

On Election Day itself, the local communities were home to several polling sites. The largest, Riverdale/Kingsbridge Academy, had just over 8,000 voters assigned to it, according to published reports. P.S. 81 Robert J. Christen had a similar number, while the nearby Riverdale Y was ready to accommodate just about 2,000.

Marble Hill, for example, is technically part of Manhattan, despite its physical geographic location in the Bronx. So, even though IN-Tech is just blocks away — an easy walk for most — voters would have been assigned a Manhattan early balloting location, likely requiring at least one method of public transportation.

For someone unable to get out on Election Day, Grossman added, getting there could be prohibitive.

On Election Day, however, many of those living in Marble Hill had easy access to the Marble Hill Community Center, which made full use of two rooms to help voters get in and out. Just about 2,000 people are assigned to the site, and poll workers said they moved people through efficiently all day.

This past election included a lot of chatter about voter suppression. While some of the past tactics like purging voter rolls wasn’t as common this time around, limiting poll access and creating long wait times just to cast a ballot can contribute to keeping people away from doing their civic duty.