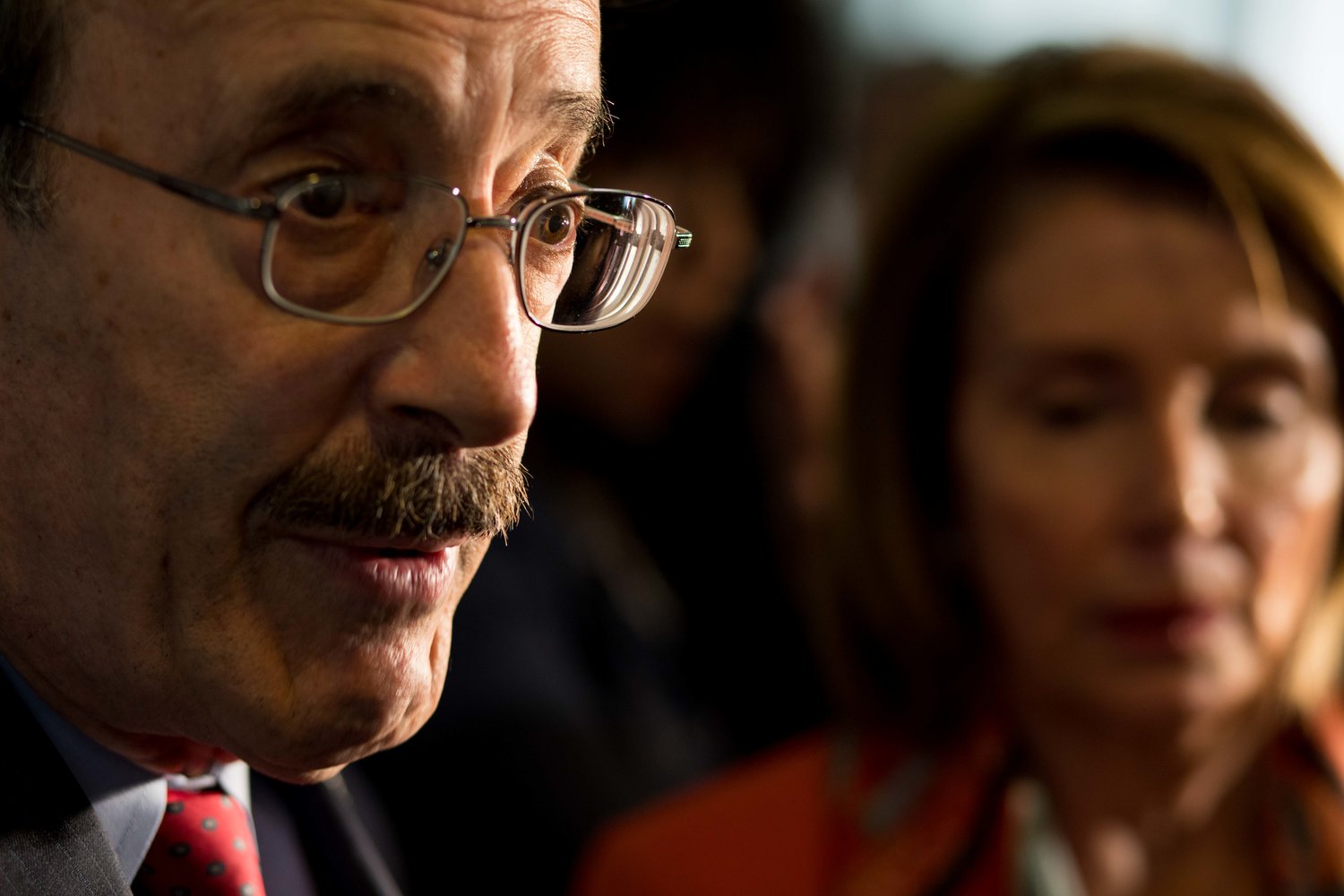 U.S. Rep. Eliot Engel was among a number of U.S. House lawmakers who questioned Dr. Rick Bright from the U.S. Department of Health and Human Services following his allegations the Trump administration ignored his warnings about the coronavirus that causes COVID-19.
JULIUS CONSTANTINE MOTAL / File
By ANTHONY CAPOTE

The nationwide struggle to find out exactly how to survive the coronavirus pandemic is now approaching its third month. In the foreseeable future of the crisis, one question has dominated the minds of many: Exactly how did it get this bad?

On the national stage, President Donald Trump has tried to shift blame away from the Oval Office by pointing fingers at everyone else from the Chinese government to the World Health Organization for allegedly failing to let the world know how infectious and deadly the COVID-19 virus really was. And the president has even attacked some folks right here in New York state — like Gov. Andrew Cuomo — for not having enough hospital ventilators on hand before the pandemic arrived in New York City, which remains the epicenter of the U.S. outbreak.

House Democrats, however, seem unconvinced by the White House blame game, opening several investigations into how the president responded in the early days of the virus, especially as other countries began sounding the horn on how drastic the impacts of SARS-CoV-2, the virus that causes COVID-19, could be.

U.S. Rep. Eliot Engel, who sits on the Energy and Commerce subcommittee on health, is one such Democrat. Last week, in fact, Engel questioned Dr. Rick Bright who, until recently, was the director of the Biomedical Advanced Research and Development Authority with the U.S. Department of Health and Human Services, charged with developing treatments and vaccines for the coronavirus.

The hearing came after Bright filed a whistleblower complaint May 5 claiming he was reassigned to the National Institutes of Health for contradicting Trump on the effectiveness of two drugs typically used for patients with malaria — chloroquine and hydroxychloroquine — to treat COVID-19. Trump has touted the effectiveness of hydroxychloroquine since late March, going as far as claiming earlier this week he’s actually taking the medication despite strong warnings from the Food and Drug Administration that it’s not proven to be effective against the disease, and that it could cause more harm than good to those taking it.

Bright lost his role as one of the leaders of the U.S. response to the pandemic in mid-April. His complaint has prompted an investigation by the Democratically controlled House, which included the May 14 public hearing. Engel and his colleagues from both sides of the aisle took turns questioning Bright, who attended the hearing through videoconferencing.

The hearing covered dozens of hot-button issues in the national discourse on the coronavirus pandemic, including when Americans can expect a vaccine, the effectiveness of various treatments, and how the Trump administration handled the crisis overall.

In his line of questioning, Engel asked exactly what safety concerns there were when it comes to using chloroquine to treat COVID-19.

“There wasn’t sufficient data at that time to support use of this drug in patients with COVID-19 without close physician supervision.”

Later in the hearing, Bright clarified that his concerns about the efficacy of the drug arose after he discovered many of the clinical trials the president had cited were conducted overseas in facilities that had not been approved by the FDA.

Engel’s efforts to question the Trump administration as a whole did not stop there. Just a few hours after Trump ousted State Department inspector general Steve Linick last week, Engel and New Jersey senator Bob Menendez launched a congressional probe into that firing, which reportedly came at the behest of U.S. Secretary of State Mike Pompeo.

Engel claimed in a May 18 tweet that Linick’s firing may have been connected to an ongoing probe of Trump invoking emergency powers in the Arms Export Control Act, pushing through an $8 billion arms deal with Saudi Arabia last year.

“These investigations are part of Congress’ critical oversight responsibility of the executive branch to ensure that it spends the dollars Congress has allocated helping the American people, and not lining the pockets of Trump’s cronies,” said Engel, who faces a tough primary election against the likes of middle school administrator Jamaal Bowman in a matter of weeks.

“Time and again, the president has failed to lead this critical effort. On top of that, he’s put politics over science at the cost of American lives.”

The congressman’s efforts are aimed mostly at discovery, he said, looking for lessons the federal government can take away from how much of the first half of 2020 has played out.

“We’ve already learned so much from this pandemic, largely about what not to do, from the president and his team,” Engel said.

“Hearing from Dr. Bright reaffirmed that this administration has no master plan, and thus was never capable of rising to meet this extraordinary challenge.”