IN-Tech students spruce up the place 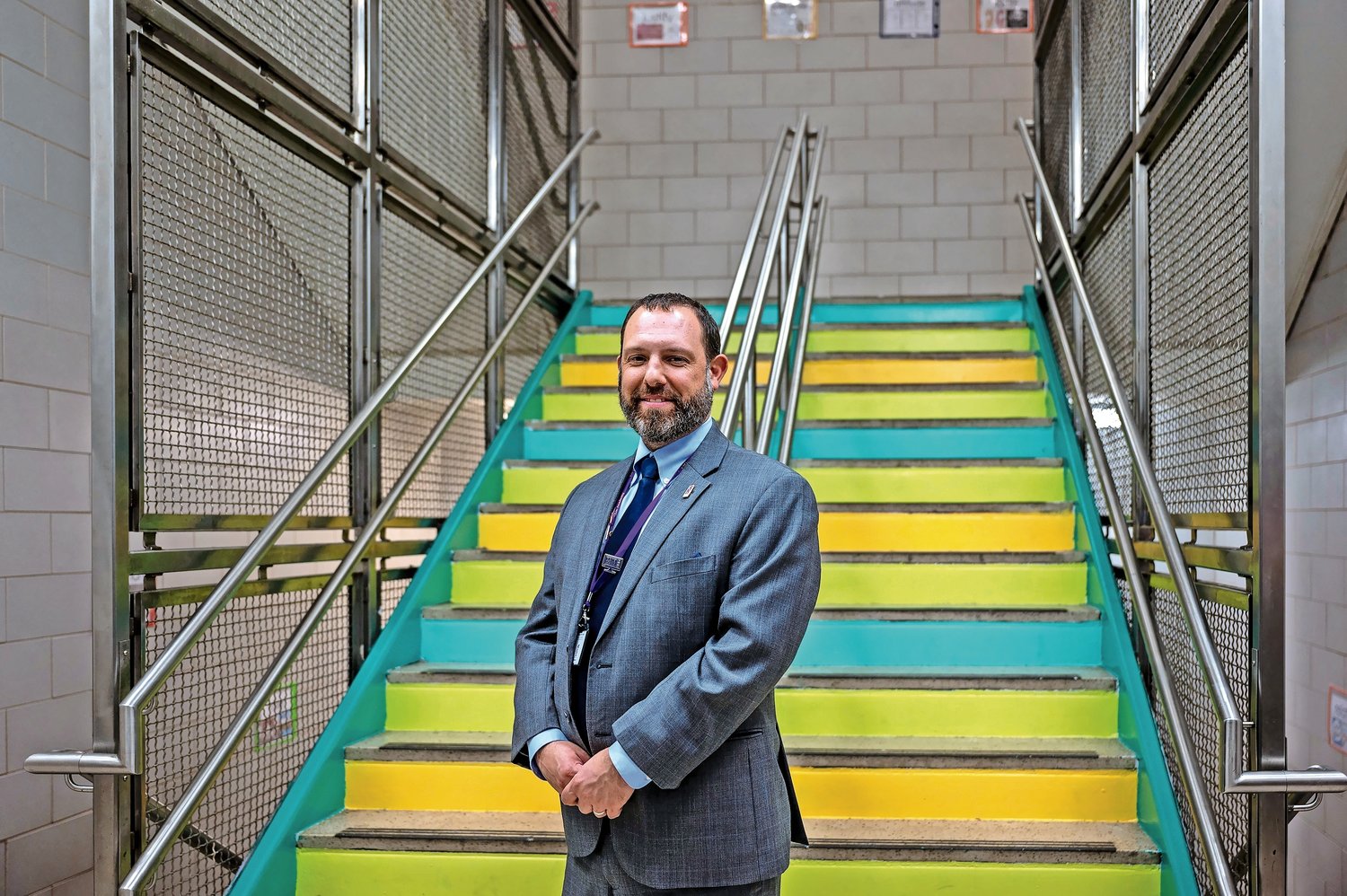 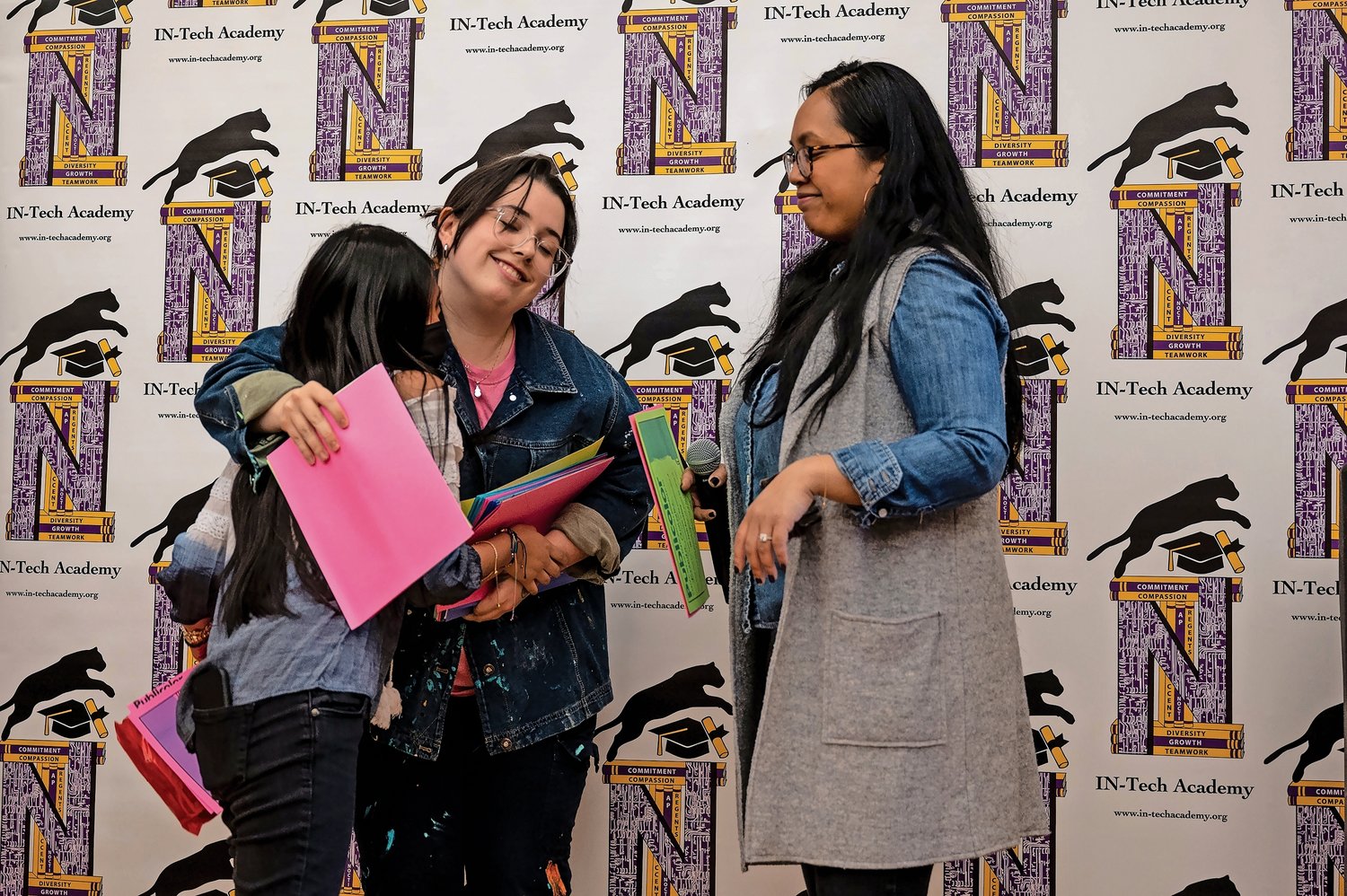 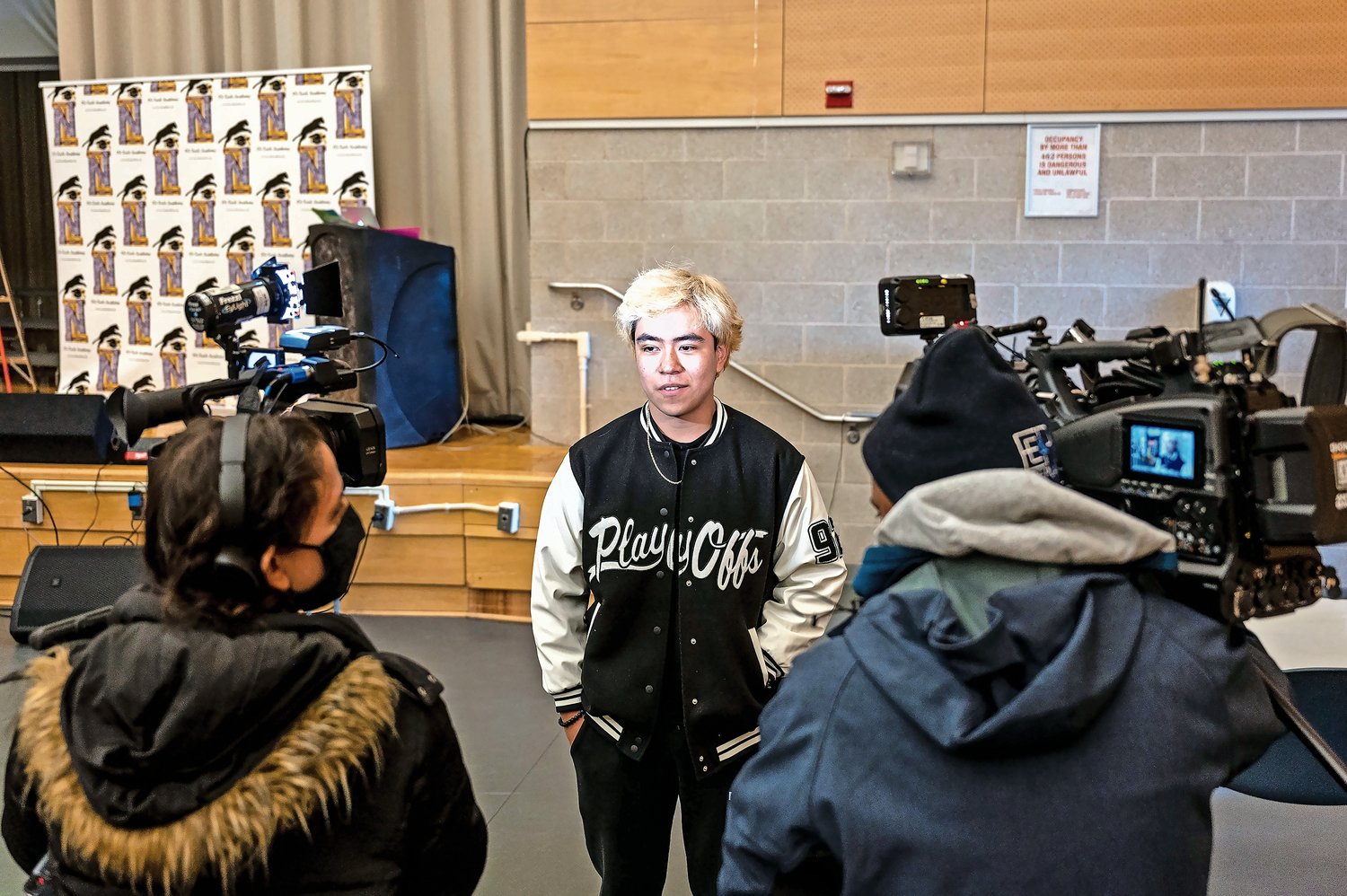 Just after New Year’s, IN-Tech Academy students David Herrera and Raul Julio Olivera promised themselves to stay after school and even come on Saturdays and paint the school and sometimes their friends — not as a punishment but for fun.

“I did not ever think I would have this opportunity,” Herrera said., “I didn’t even ask my friends, I just went into it.”

The two students were thankful to city Councilman Eric Dinowitz for leading the charge to have the city fund the program. Publicolor, an innovative educational youth development organization, gave them an exciting feeling to come to school and participate in activities especially after the pandemic because most of their high school time was being held virtually.

“I feel it (the program) helped me a lot because in quarantine you literally talked to (students and teachers) behind the screen, go on mute or not go on mute,” he said. ”The transition to come back and for them to come – Publicolor – and for my school I have been able to communicate.

“He [the councilman] just came around and was talking to us which was really nice,” Herrera said.

Publicolor joined with the Kingsbridge school on Jan. 10 as part of a 10-week program that empowers students who face immense life challenges for academic careers and success.

The non-for-profit aimed to hit the mark since 1996 to fundamentally improve student attitude and engagement by improving their learning environment. Herrera, along with his classmate peers, had a voice to choose the colors on the palate and picked up a brush — some for the first time — and painted their school.

“By week three, we [Publicolor] conduct a color theory workshop where students learn how color affects attitude and behaviors, color harmony, and color combinations,” said Irma Nepomuceno, the pink paint club program director. She oversees all of the programs in New York City.

Nepomuceno said that they teach the kids how to paint and beautify their school through the pink program.

Name a color, and the students painted in stations different locations in the school—a commonplace where students spend their time with their friends in the cafeteria—, which is now orange. Staircases are unbelievably the color of the rainbow. The doorframes are brighter versions on the walls in the hallway.

Color symbolism matters; cold colors can influence an individual through emotion. Young teens are still learning and developing their mind as they attend school. Founder of Publicolor Ruth Lande Shurman said she was shocked to see a dreary and prison-like facility that operates as a public school system.

She thought that maybe that was the connection to student dropout and low-test scores, but she insisted on doing something about it.

During the pandemic, kids were the most affected mentally. The mandatory guidelines handed down by the governor and mayor socially distanced them from their friends and family. After months of isolation and avoiding activities and sports that most of the alumni had already experienced, these kids missed out on them.

Students wanted to feel belonging and a sense of pride. Painting is known to be therapeutic, and the program had received triple the amount of students than before the pandemic, said Nepomuceno. Previously, she would see 30-40 students attend the program every day.

Since this was extracurricular, showing up every day was not required. It was an option the young generation could make for themselves to carry on to their future.

“Targeting the most underserved communities, most underperforming schools, and most seriously disadvantaged middle and high school students,” Publicolor explained on their website.

During the program, the school had a special visit from Councilman Dinowitz, who helped fund the program within the school through the Cultural Affairs School Adventures program (CASA), which is one of the city council’s initiatives.

CASA is specifically for students in a designated partner school in grades K-12, and the city council recommends the program to be in-person after-school activities. He gets across the point of the funding as a council member; he distributes the funding where the district needs it, such as in schools.

Dinowitz has bonded with the students in a unique way where he got to know them while joining them in a painting session.

This was not the councilmember’s first rodeo when it came to painting — although, he didn’t think he would pick up a brush ever again.

“My wife and I painted our first apartment together once. And that’s also the last time,” he said.

Olivera, a sophomore, finished in first place, and was followed by Herrera, a senior.

On March 30, students were rewarded for their efforts in what seemed to be like a graduation ceremony but was more of a congratulation ceremony.

One by one, students received an award based on a 50- point system. The more a student attended, the higher the chance they were acknowledged for their participation.

Not only did the point system award them with a certificate, but the program also left the students with presents before the ceremony. Corporate sponsors Champion and Forever 21 donated some of their products to students who participated.

With a wide smile, Herrera ran on stage to shake the hands of the Publicolor faculty amid claps, cheers, and screams from his friends.

“It’s more than just painting,” Nepomuceno said, “We teach them life skills, what it means to be a leader, what teamwork means.”

Publicolor teaches the values that they hope students take with them to college.

Herrera is entering college in the following semester — he was accepted to SUNY Cortland — and told the Press that the things he had learned will definitely be taken into his studies while enrolled.

“I feel like it has helped in some aspects with my communication skills and the things able to learn something new that I wasn’t expecting to learn,” Herrera said.

The council member wanted to note that it is more than just painting; it’s about building the community. He said the things the kids contributed to their school is an experience they will never forget as they bring that into college.

Olivera shared the same opinions as his new friend. In addition he made about 30-40 other friends at the same time.

Other than painting they played games — it would be random educational games Herrera said. As Publicolor was teaching them the preps of painting they would be in a puzzle form. The program taught them to be a successful painter they need to have their steps laid out.

These steps began from the plan of approach; pick the tools, wall prep, and color mixing until the technique that is used. The group of students would have a competition on who completed the puzzle the fastest.

“If you looked in there, you saw students cheering for each other, supporting each other, building community, and beautifying the school,” Dinowitz said. “We juxtapose that to the state exams they just took, which don’t build community.”

He wanted to fund the program for school because he feels it should be a curricular activity.

He doesn’t believe extracurricular is the correct name for art. Art programs demonstrate the value and integral these programs are.

“As a former teacher, I missed — I missed the class,” Dinowitz said, “Any opportunity I get to get back into school, I love it.”