Innocence is lost in Leegrid Stevens’ ‘A Peregrine Falls’ 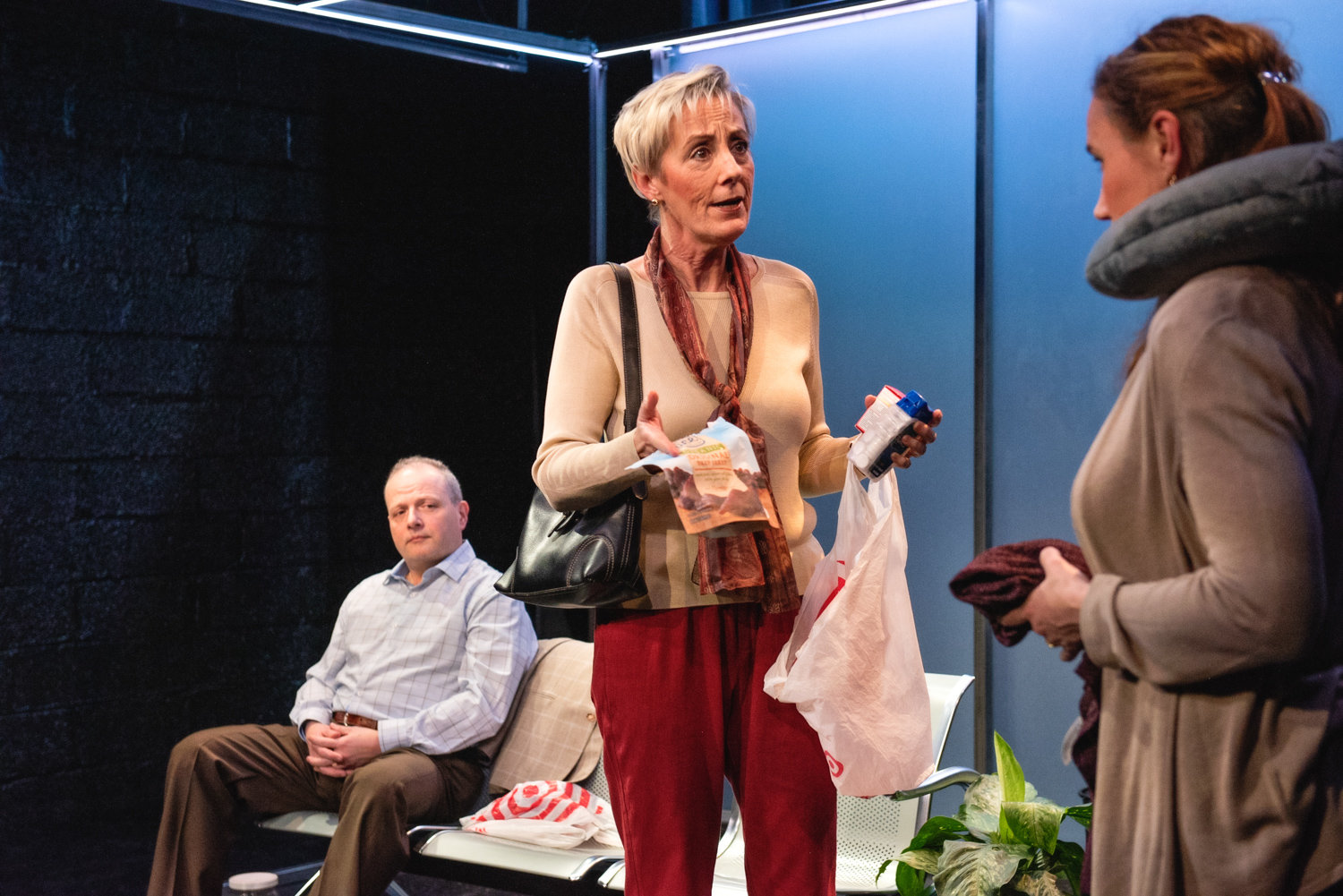 Erin Treadway, right, plays Kailey, a daughter whose anguished soul is on full display in front of her parents, played by Sidney Williams and Julia Brothers, in ‘A Peregrine Falls,’ now on stage in Alphabet City.
Courtesy of Clinton Brandhagen
A Peregrine Falls

Playwright Leegrid Stevens sends us a chiller of a journey in his new play, “A Peregrine Falls.”

This Loading Dock Theatre production — presented in association with the Workshop Theater at the Wild Project downtown — tackles a challenging subject, but rewards us with the insight that inspired risk can bring.

The play unfolds in the recent past, in Texas, with a Mormon family. But the specifics are secondary in this difficult territory. Stevens takes an approach that makes it all immediate and fresh, with no exploitation or cliché. The particulars of family and character make this tale of betrayal both heartfelt and universal.

Zoe Hurwitz’s skeletal box-like set serves as an antechamber for some standard everyday institutions, but the unfolding sequence of medical, legal and workplace settings reveals instead an extraordinary series of unfolding secrets.

Stevens doubles up as sound designer here, and the underscore of sound — along with David Handler’s music — gives an edge of dread to the proceedings, which are also well-served by Simon Cleveland’s efficient lighting design.

Director Padraic Lillis guides a stellar cast in a steady, cohesive pace, so that illusions evaporate as the sins of the past claim new victims.

In a crafty twist in the function of a narrator, here we have actor Kevin Cristaldi greet us in charming fashion as his principal character, Taylor, and explain that he will also play a few minor characters, and even interject comments from time to time. He follows though on this pledge.

But in unfolding retrospect, as some poor choices are revealed, we see just how dangerous this charm can be, and its lingering aftermath.

And because the character is so directly open to us, the grievous damage done is all the more unsettling, as if we were also charmed into ignorance, and in the end, somehow complicit.

This bold choice is typical here. Each character must also face a reckoning.

We see how time folds back as it still marches on; the impact and origins of one particular, hidden scar — one both scientifically authentic and fraught with resonance — arise to threaten legacy, sanity and family survival. The tragic consequences of time lost are abundantly clear.

All the acting is top-notch. Julia Brothers is incandescent as a high-strung mother, a case study in anxiety — both under control and unleashed — and always stone-cold real.

Sidney Williams also is a natural, in an exquisitely focused portrait of a man in crisis mode, determined to do the right thing as a father.

In his one chance to unwind, his character is fortunate to have Mason Walker play a colleague in a brief but telling scene that hints of pressures beyond the door.

“A Peregrine Falls” centers itself on the struggles of the daughter, Kailey. Erin Treadway, alternating a quirky, determined adaptation with a quicksilver temper, captures this anguished soul in full measure, as the clockwork plot ticks down to her haunting farewell.

“A Peregrine Falls” makes the consequences of yesterday’s blind eyes a heart-ending, tragic and lingering reality.