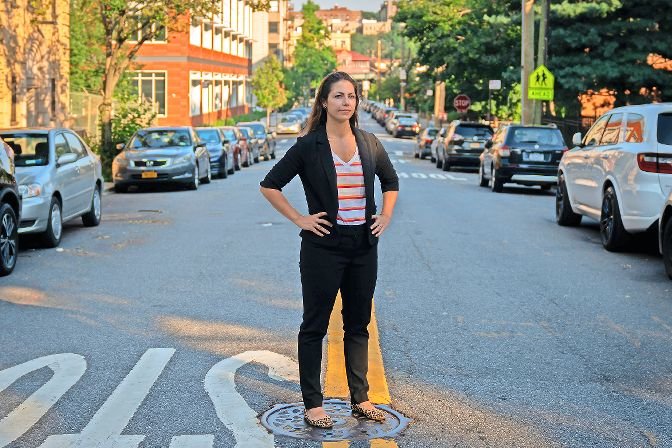 Abigail Martin, a former social worker and current Columbia University professor, has stepped into the race to succeed Andrew Cohen in the city council. Martin says she was inspired after watching her friends and neighbors struggle to deal with the coronavirus pandemic.
HIRAM ALEJANDRO DURÁN 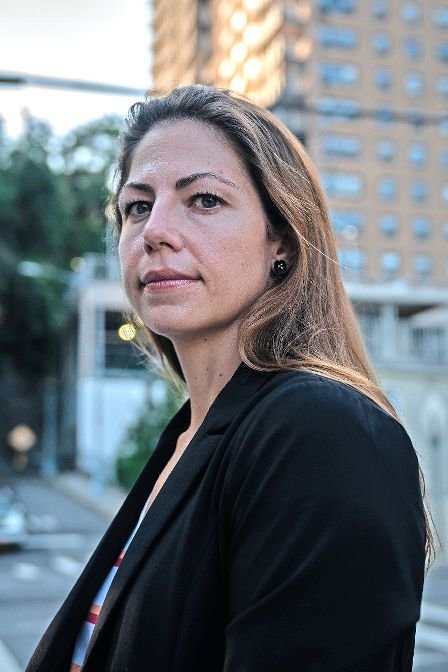 The race to succeed Andrew Cohen in the city council has been on for more than two years, but with a special election looming early next year — and four candidates already in the race — former social worker Abigail Martin has officially jumped in, seeking to help her neighbors recover from the coronavirus pandemic.
HIRAM ALEJANDRO DURAN
Previous Next
Meet Abigail

Learn more about Abigail at Abigail4TheBronx.com.

The race to take over Andrew Cohen’s city council seat has been ongoing for more than two years, and it may have seemed like anyone who wanted to enter had done it already.

That is until this week, when Abigail Martin officially launched her campaign to represent the area in the city council. Now facing a special election, likely next spring, Martin joins five other candidates in the race.

A longtime Riverdale resident, former social worker and current adjunct professor at Columbia University, Martin said she has helped dozens of families navigate the city’s often-challenging services and court systems while working as a court-appointed special advocate, working with foster children and families to ensure they receive appropriate services — from individualized education plans to simply getting a new pair of glasses.

After years in social work, Martin wants to step up helping people recover from the pandemic — whether that’s keeping their homes, finding affordable child care, or navigating a challenging academic year as families choose between in-person or fully remote learning.

“I understand what it’s like to struggle in that way,” she said. “I think my experience working with families who are struggling sort of lent itself to my inspiration. And I just want to continue living in the city, and families like mine are getting squeezed out of the city. In the last five weeks, I could name six families who are moving out — middle class and hardworking families.”

While cost isn’t the only factor, it’s certainly a big one. Even before the pandemic, Martin said, living in the city was expensive. In fact, she stepped out of social work when she gave birth to twins because child care was so expensive.

“Especially on a social worker’s salary,” she joked.

Martin was frustrated when the city cut education department funding in light of the coronavirus pandemic, as well as funding for affordable housing and the Fair Fares program, which helps low-income commuters purchase MetroCards.

The city’s priorities aren’t her only concern, though.

“Like, Cuomo is now talking about raising property taxes. He’s talking about mass transit fares being raised,” Martin said. “We were moving forward with de Blasio’s affordable housing program, and now that’s been put on hold. Now more than ever, we need affordable housing, and that’s absolutely going to be one of my priorities.”

The campaign is still working on an official policy for keeping people in their homes, but Martin wants to address housing even beyond the pandemic.

As tensions rise over another month of rent due while $600 weekly unemployment bonus payments end, and the number of people without jobs in the city continues to rise, she’d like to see the eviction moratorium extended at the very least.

“We are still working on forming a policy on what we would recommend that we do, but this, right now, is the time of crisis,” Martin said. “And we can’t be evicting people.”

While those suffering financially due to COVID-19 are protected from eviction under the Tenant Safe Harbor Act, those who had eviction proceedings started prior to the pandemic are now facing a return to housing court, possibly losing their homes in the middle of an economic crisis.

“Prior to COVID, there was a housing crisis to begin with,” Martin said. “People, on average, were paying way too much in rent. And how can families be expected to stay here, and be expected to thrive, when so much money is just going to keeping a roof over their heads?”

As families face whether to send their children back to school or keep them at home, Martin thought parents were likely worried about the long-term impacts of having their children home, without much of any social interactions with teachers or fellow students — and no end in sight.

“I think that parents are feeling just saddened by this crisis and the impact it’s going to have,” she said. “And if I’m elected, I feel hopeful for the future. I know kids are resilient, and that will be a message that I share with constituents. And I know from working in trauma and being a social worker how resilient people can be. And that they will bounce back, and this will not dictate the rest of our lives.”

Ultimately, making the city more fair and affordable so people can stick around as they struggle to pay rent and find jobs, Martin said, is critical for recovery.

“I think making it more affordable to live here, so that people can invest in their communities, is the best way to do that.”