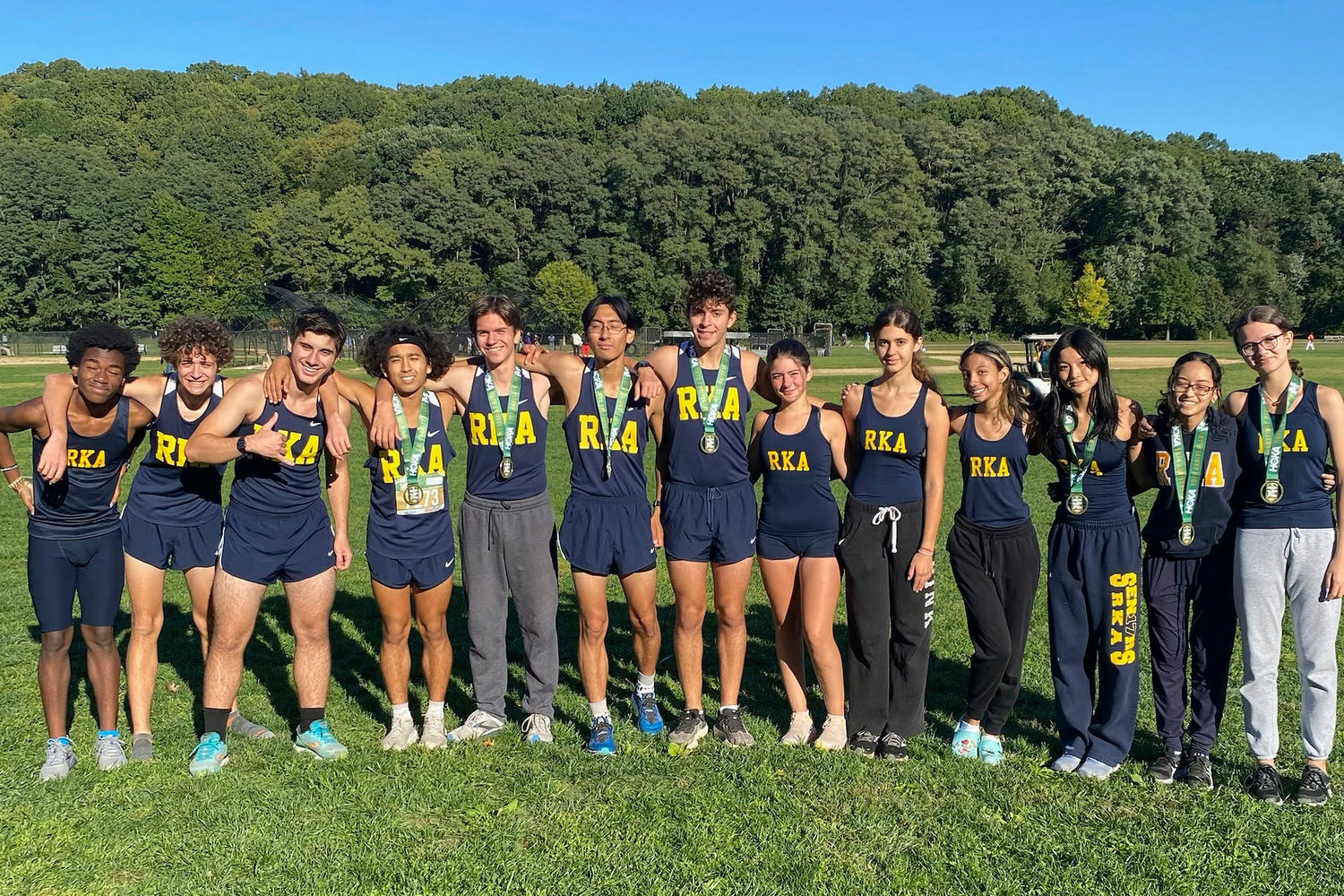 Riverdale/Kingsbridge Academy was among the area schools sending runners to the Manhattan College Invitational. The hometown team did not have to travel far — Van Cortlandt Park served as the site of the their daily practices, which senior Esther Luo says helped her secure a 36th-p;ace finish in her division.
Courtesy of Alexandra Grishaj 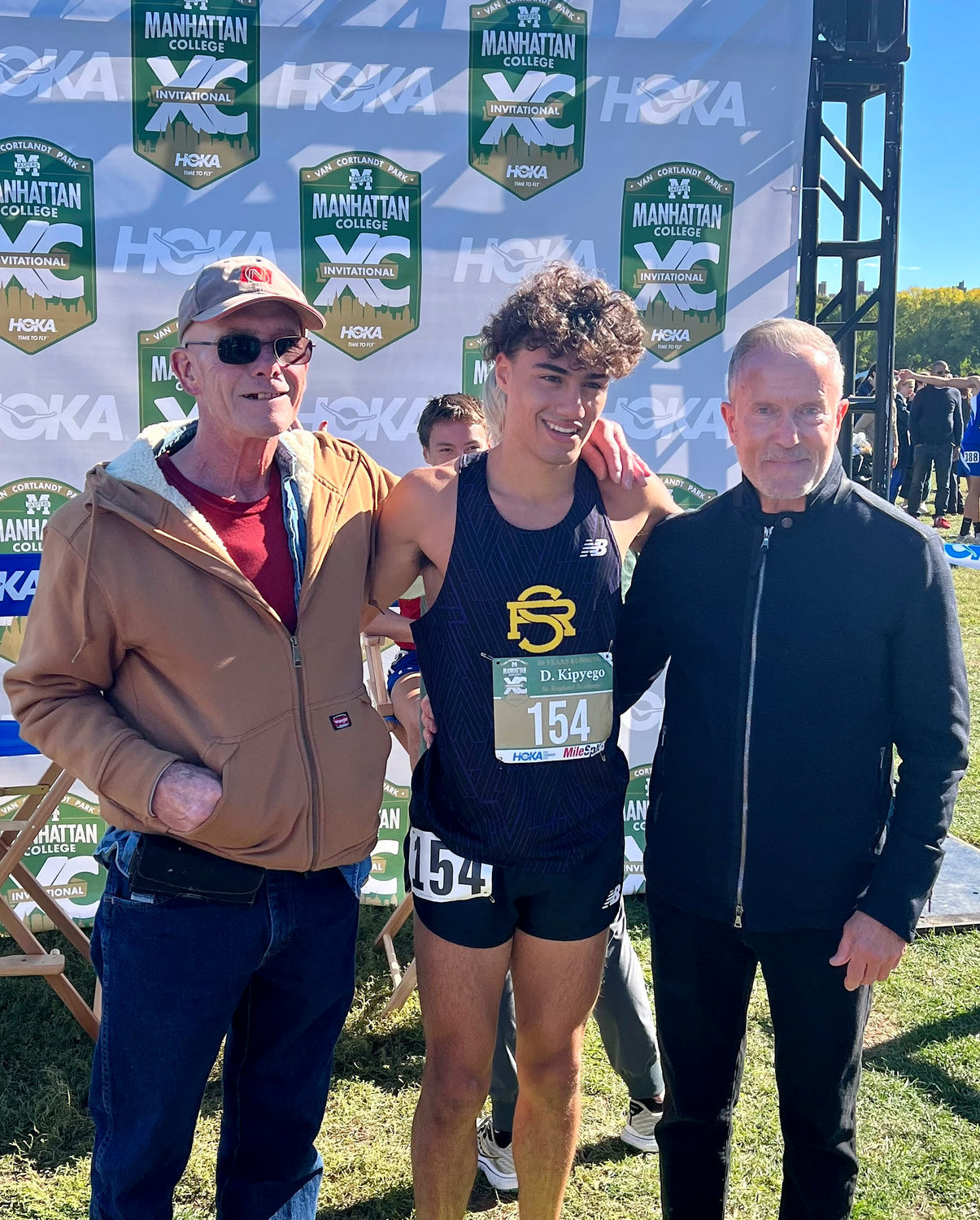 Van Cortlandt Park has long been a destination for the best runners to showcase their talents. Every year, thousands of high schoolers from across the country take that ultimate test at the Manhattan College Cross Country Invitational.

Last weekend was no different as some 8,000 runners packed the Parade Grounds for the event’s 50th year.

“The first time I saw this place was 60 years ago when I ran here myself in the fall of ‘62 for Sheepshead Bay High School in Brooklyn,” said Marc Bloom, a renowned cross-country journalist, who started covering the sport in the 1960s. “Now, I wasn’t a very good runner, but even then there was something about cross-country in general — and Van Cortlandt Park in particular — that you might say found a place in my soul.”

The last time this many runners gathered was in 2012. This year, the field featured 345 schools from 15 states — including California and Florida — helping maintain its status as the largest one-day high school cross-country meet in the nation.

And unlike 1973, it’s much easier to keep track of everything. Especially with cutting-edge technology like a “chip timing” mechanism that tracks live results.

“You can now instantaneously get results whether you are at the meet or at home,” said Lou Vazquez, the invitational’s director.

The invitational attracts local runners as well, like Esther Luo, a senior at Riverdale/Kingsbridge Academy. Luo was happy her last appearance at the Manhattan College Invitational ended with a 36th-place finish in her division. Just two years earlier, there was no guarantee this day would come for Luo and other competing runners because of the coronavirus pandemic.

“The last time I did this race was my freshman year,” Luo said. “I think it’s really nice because the competition is high.”

There was a little home team advantage, of course. The back hills of Vannie could get the better of any runner on any day.

“Here you go straight into the woods and up the hills,” Luo said. “I know my way around the hills, but I’m still always, always thinking about which hill comes next.”

Every year RKA coaches Devin Walsh and Mike Lepetit like to travel with their team to expose them to competition around the northeast. After taking trips to Long Island and New Jersey earlier this season, the Manhattan College Invitational is their one chance to see elite competition in their own backyard.

“This is the most famous cross-country course in the U.S.,” Walsh said. “People come from all over to race here, but we just happen to call it our home course.”

The plan, according to both coaches, is to continue to come back and prove the worth of the local competition. The boys team captured 14th place in their division, led by senior Adam Guzman,who finished in the top 40 overall.

Not far from RKA was another local team, this time from Riverdale Country School. Head coach Alex Petrecca brought in several underclassmen from both the boys and girls side.

They made the most of it, however, taking 11th place in the boys division, while the freshman girls team landed four runners in the top 20.

Petrecca called the experience a “key asset” as his team starts gearing up for other high-level competitions this season.

“We race on this course for our conference and state meet, so to be able to race in this against teams from all over the state and region prepares us well,” the coach said. “The other great thing about this meet is seeing this talent at the individual highest level. For a young team to see this makes it that much more feasible.”

Devan Kipyego from St. Raphael Academy in Rhode Island was the Boys Eastern State Champion with a time of 12:14.4. On the girls side, it was Karrie Baloga earning the honors from Cornwall Central High School in Orange County, who won by a margin of 16 seconds to complete her quest for titles in back-to-back years at the invitational before going off to run for the University of Colorado next season.

Gene McCarthy, who won the first ever boys championship in 1973, returned to the meet for the first time since those early years. McCarthy, a former marketing and sales executive at Nike, flew into New York directly from a business trip in Finland to greet Kipyego at the finish line.

“It’s more powerful and more impressive than any other time in its history,” McCarthy said.

Three of the first-ever inductees into the Van Cortlandt Park Hall of Fame were recognized in the spectator section next to the finish line. Norm Ogilvie, a legendary retired cross-country coach from Duke University, announced the names of Bloom, invitational founder Ed Bowes, and Nicole Blood Freitag — a star runner from Saratoga Springs High School  who won first place in three straight years between 2002 and 2004 — as its first class.

“He’s one of the truly hall-of-fame people deserving of the honor,” Bloom said about Bowes.

“We ran the New York City Marathon together in 1976. We ran for 16 miles, and when we got over the Queensboro Bridge, he said, ‘Yeah I’m going to pick up the pace and run to the finish.’

“I said, ‘go ahead,’ and he ran ahead while I finished on my own. That was really one of the great moments I’ve enjoyed.”

“I love cross-country,” Bowes said at his final meet in 2019, according to Manhattan College. “And to see so many kids here, it makes me feel good. I never thought the meet would grow like this.”

After all, Bowes called the invitational the “biggest and the best” for a reason.