Is it a fair question? Or is it just hate? 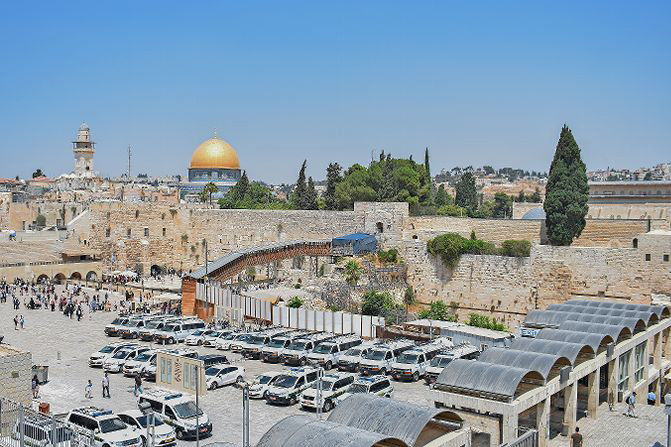 The New York City chapter of the Democratic Socialists of America came under fire from various elected officials after reportedly asking some of the city council candidates it was looking to endorse two questions about traveling to Israel and supporting the so-called boycott, divestment and sanctions movement. DSA has defended the questions, saying the trips promote an agenda counter to Palestinian efforts in that part of the Middle East.
KIRSTYN BRENDLEN 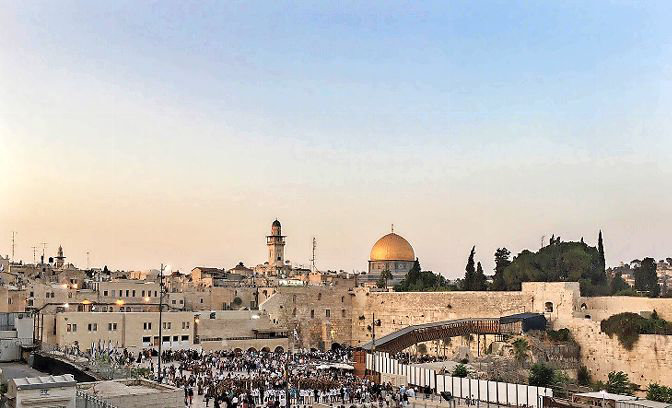 The Western Wall and Dome of the Rock — fixtures in the Israeli capital of Jerusalem — are centers of tourism and religious life in the city. Some of those tourists over the years have been sitting members of the city council, arriving into this part of the Middle East on expenses-paid trips. That has drawn criticism from the New York City chapter of the Democratic Socialists of America, and something they targeted in their recent endorsement questionnaire to city council candidates.
KIRSTYN BRENDLEN 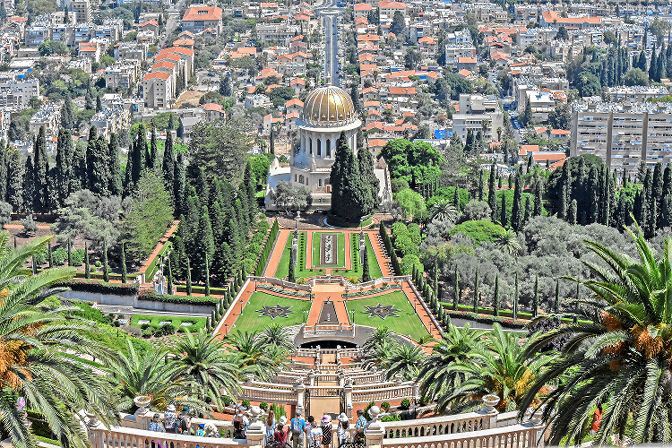 The Baha’i Temple in the Israeli city of Haifa is a popular tourist attraction. Trips to Israel sponsored by the Jewish Community Relations Council are the subject of a recent controversy between some city and state elected officials and members of the New York City chapter of the Democratic Socialists of America as the DSA looks to endorsement city council candidates who have taken certain positions on Israeli-Palestinian tensions.
KIRSTYN BRENDLEN
Previous Next
By KIRSTYN BRENDLEN

A vast majority of the seats in the city council are up for grabs in next year’s election, and with just over a year to go before voters head to the polls, candidates are launching campaigns, raising tens of thousands of dollars in donations, and trying to get their names out into the public while maintaining six feet of social distance from their would-be constituents.

Of course, any election means endorsements — from other politicians, nonprofits, and even advocacy groups. It’s just a part of the process. But the requirements for one of those endorsements this year has caught the attention from not only council candidates, but dozens of elected officials all over the state.

Those requirements were in the form of two questions posed by the local chapter of the Democratic Socialists of America.

“Do you pledge not to travel to Israel if elected to city council in solidarity with Palestinians living under occupation?” The other, will that same candidate support the boycott, divestment and sanctions movement — more commonly known as BDS — which calls for governments and individuals to pull economic and social support from Israel in response to “settler colonialism, apartheid, and occupation over the Palestinian people.”

City council — what does that have to do with foreign policy? That’s a good question. The DSA qualified the first question to explain that these trips were more like junkets organized by the Jewish Community Relations Council of New York. All travel expenses are paid, and at least according to DSA officials, such travel helps promote a pro-Israel agenda.

But Noam Gilboord, the JCRC’s chief operating officer and Israel and international affairs director, said the trips are primarily learning experiences for the local lawmakers who board the plane for Israel. Calling to end that practice is unnecessary, because the trips are not political.

“It’s forcing someone to pledge not to learn,” Gilboord said. “It’s essentially forcing future city council candidates to decide, preemptively, that they are not going to take time to learn about one of the world’s most complex conflicts.”

Participants travel into the West Bank, Gilboord said, where they are led by Palestinian guides and have a chance to talk with Israelis and Palestinians alike.

One councilman who had participated in a trip said JCRC coordinated it with the council Speaker, and that such trips must first be cleared by the council’s conflicts of interest board.

More than 50 members of the Assembly — including Assemblyman Jeffrey Dinowitz, whose son Eric Dinowitz is running for Councilman Andrew Cohen’s seat — signed onto a letter condemning the DSA questions as anti-Semitic and dangerous.

Noah Weston, a DSA member who was one of the writers of a letter defending the questions signed by more than 100 Jewish DSA members, said critics were intentionally misunderstanding what the group was trying to accomplish.

“You would have to read the question in that questionnaire in the most uncharitable, bad faith way to arrive at the thought that people, for instance, wouldn’t be able to visit family that they have in Israel,” Weston said. “That’s absurd.”

DSA has more than 5,000 dues-paying members in the city, Weston said, hundreds of whom are Jewish. Those members have taken direct action against anti-Semitism, he said, even traveling to Charlottesville, Virginia, to protest the “Unite the Right” rally that involved white supremacists and other hate groups at the beginning of the Trump presidency in 2017.

“It’s a little ridiculous for these politicians who haven’t really done anything to actually fight real anti-Semitism in our state, or anywhere else, to call us anti-Semitic when some of our members put their actual bodies on the line,” Weston said.

The trips to Israel encourage council members to become “mouthpieces” for the country’s government and build up their political and financial relationships with one of the largest cities in the country, he added. “They’re also trying to build support for things like resolutions for things that criminalize, or otherwise penalize people for practicing or otherwise taking part in the boycott, divestment, sanctions.”

That resolution, introduced by Cohen in 2016, didn’t make any laws against taking part in the movement, but formalized the council’s stance on BDS. The resolution overwhelmingly passed with just four against.

“I think it bodes well that people should know, and my constituents should know that progressive Democrats can stand up for Israel,” Cohen told The Riverdale Press at the time.

Cohen won’t speak out now, claiming his nomination to the Bronx supreme court limits what he’s allowed to publicly speak about. Yet another councilman in the area, Fernando Cabrera, hasn’t hesitated to call the DSA question nothing short of anti-Semitism.

“It was very disturbing to me,” Cabrera said. “I’ve been to Israel seven times, and I’ve seen the benefits of going. I’ve been to the different quarters — the Jewish quarters, the Arab quarters, the Christian quarters. I would have never otherwise had that advantage to get a perspective of what’s happening to Israel and its democracy.”

Cabrera, who is running to replace Ruben Diaz Jr., as Bronx borough president, called Israel “our strongest ally in the Middle East.”

“This is not how you treat friends,” the councilman added.

The JCRC is ultimately not looking to influence policy, Gilboord said, just educate lawmakers about an issue important to many of council members’ constituents.

“We’re not a lobbying organization, we’re a nonprofit,” he said. “We’re not pushing legislation. Let other organizations push legislation. And if people want to accuse us of lobbying and pushing for certain policies on Israel, it’s just not correct.”