It takes a village — for traffic safety in the Village 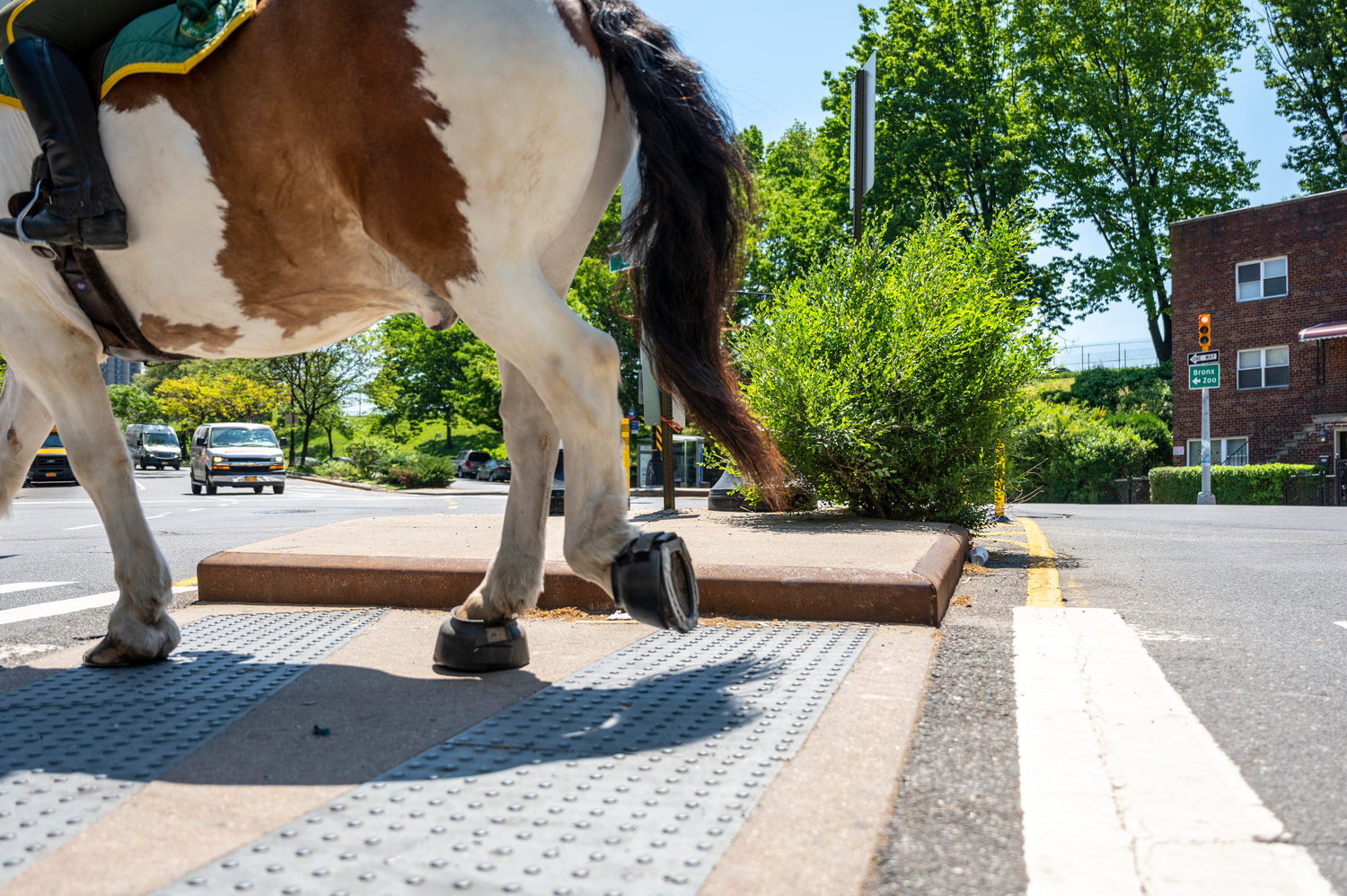 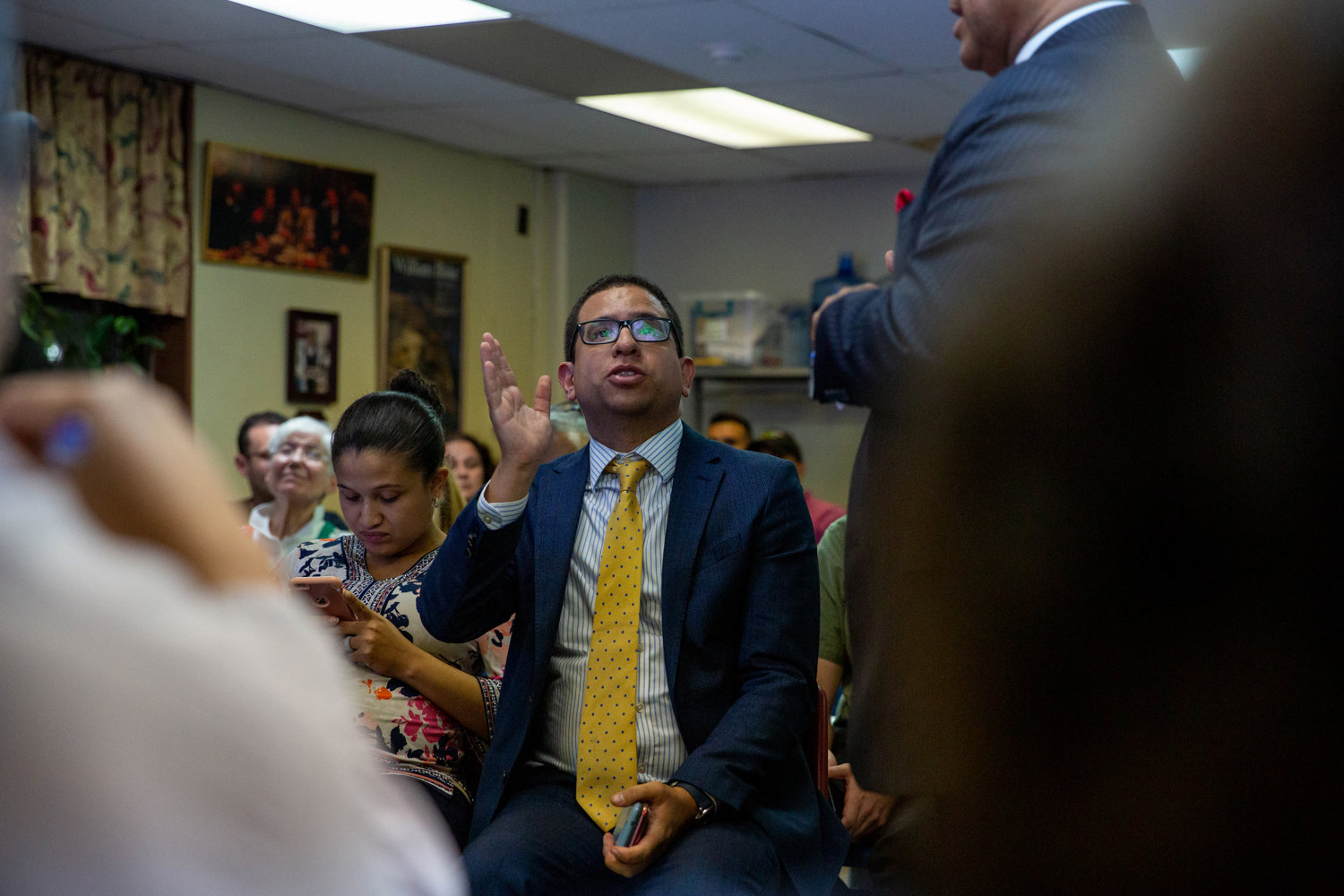 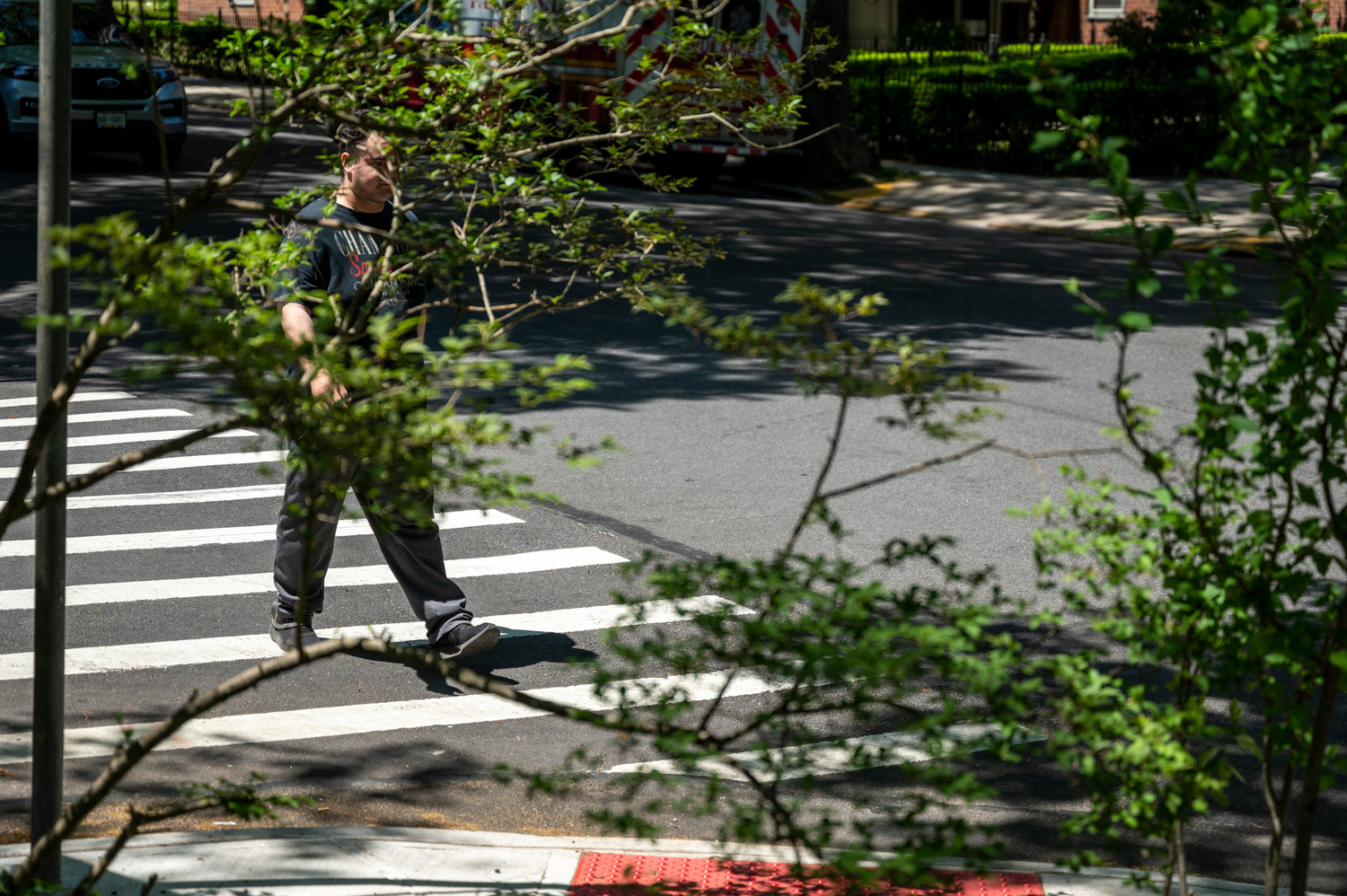 It’s been more than three years since the city’s transportation department denied a neighborhood request for a traffic study on a crosswalk at the Sedgwick Avenue and Van Cortlandt Avenue West intersection. But Van Cortlandt Village neighbors think it might be time to renew that request, along with other new or improved safety measures in the area.
HIRAM ALEJANDRO DURÁN 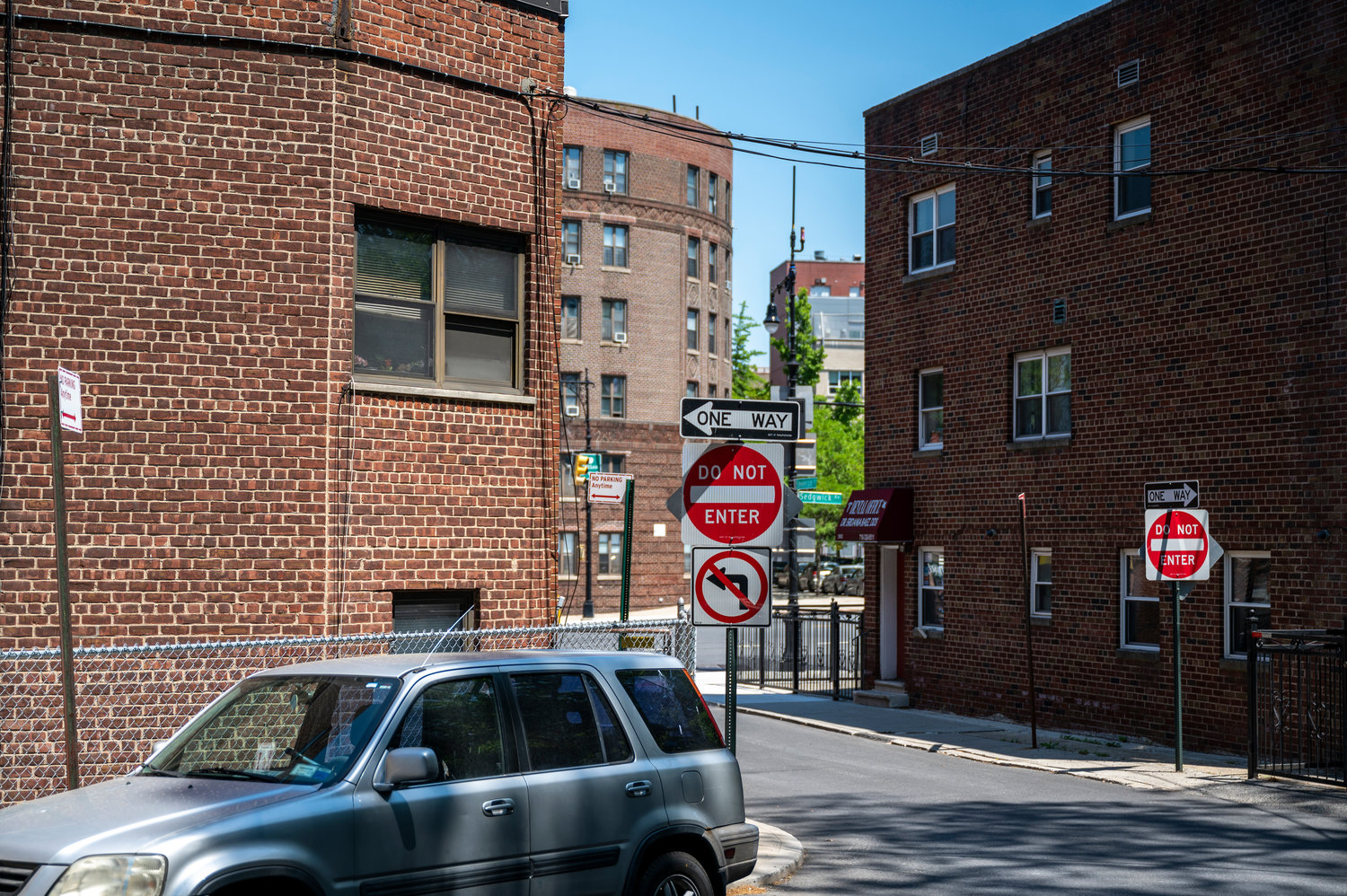 There was once a yellow caution light at the Stevenson Place and Van Cortlandt Avenue West intersection, but it hasn’t been replaced. One Van Cortlandt Village neighbor hopes it will be reinstalled, along with his other requests for additional traffic safety measures.
HIRAM ALEJANDRO DURÃN
Previous Next
By ROSE BRENNAN

It might seem, more often than not, a community focuses on a few topics du jour when it comes to traffic safety. Among them are bicycle lanes and parking.

When the two issues intersect, however, it’s sure to be a controversial evening. Especially if it happens to be an evening when Community Board 8’s traffic and transportation committee meeting is scheduled.

But sometimes, the committee moves away from those two hot topics, and instead turns their attention to community requests to make individual neighborhoods feel safer. Those most recent requests? Van Cortlandt Village.

Traffic is a problem in this area near the Jerome Park Reservoir where some believe it needs speed cameras at certain intersections, and modifications to unpopular DOT features like a particular traffic island on Sedgwick Avenue and Van Cortlandt Avenue West.

Reckless driving is not new in this part of the Bronx, especially across Broadway along Independence Avenue. And as the weather begins to warm again, it seems Sedgwick might receive the same attention for those not thinking about safety first when they get behind the wheel — particularly on the stretch between Giles and Stevenson places.

Nat Solomon, who lives on Sedgwick, believes installing a speed camera at the intersection might deter would-be reckless drivers and motorcyclists.

“Residents have complained about the growing number of speeding cars, dirt bikes, motorcycles and even ATVs in that area,” he said. “People gun their engines at the top of this particular location, and you have to sometimes jump out of the way of cars, motor scooters (and) motorcycles that are going at excessive speed … way beyond 25 miles an hour.”

Solomon also wanted the committee to renew a traffic study request for a crosswalk at Stevenson and Sedgwick. Committee chair Dan Padernacht noted the city’s transportation deprtmenet denied a previous request for the traffic study. But since that was some three years ago, there was a chance they might be able to put forward a new request.

Committee vice chair Deb Travis — who’s set to become the committee’s leader after this summer — agreed a crosswalk might benefit the intersection, given the street has quite a large distance between its current crosswalks.

“People jaywalk across Sedgwick all the time — myself included — because you have to get across there to get to 238th, which is the main route down to the subway,” Travis said. “I think it would be a good idea — even at the risk of a parking space or two — to try to find a spot where an enhanced crosswalk could have minimal impact on parking, but would allow some sort of cross between Sedgwick and Giles.”

But one of the main issues Solomon raised was the Van Cortlandt Avenue West traffic island. Many have asked for the island to be modified following a traffic accident and a fatality at the location.

Travis agreed that some sort of safety improvement is needed to be made there as it can be confusing — and at times dangerous — to navigate. Even for experienced drivers.

“The intersection at Van Cortlandt West and Sedgwick is difficult even for people who know how the intersection is supposed to work,” Travis said. “I think that, probably, you could go through and make a list of all of the various pinch points and blind spots on that intersection that make it difficult.”

In addition to these proposed changes, Solomon also suggested reinstalling a yellow caution light at Stevenson and Van Cortlandt Avenue West, adjusting traffic light timing at Van Cortlandt Park South and Dickinson Avenue, and requested no horn signs in the area, as he believed the noise was enough of a nuisance to warrant them.

“There’s a lot of honking of horns, all hours,” he said. “Nothing to lose by putting them in. Hopefully, we’ll have less noise and people will sleep a little later.”

But even a request as seemingly simple as no honking signs wasn’t without controversy among the committee’s members. David Gellman argued people might just ignore the signs, while Ed Green argued the signs might do more harm than good — especially with P.S. 95 Sheila Mencher nearby.

While Solomon made several requests — and some members of the committee agreed with some of their necessity — Green also felt more people needed to be looped into the conversation about traffic safety in Van Cortlandt Village before any requests or modifications were made.

“This really needs to be something that we get some type of consensus from not only Amalgamated, but a lot of other residents in the area,” Green said. “It’s a complicated area, and it’s not perfect. But it seems to work to some extent.

“I think this is something that Amalgamated needs to be heavily represented, so we can get some kind of consensus (on) what the residents think about some of these changes.”