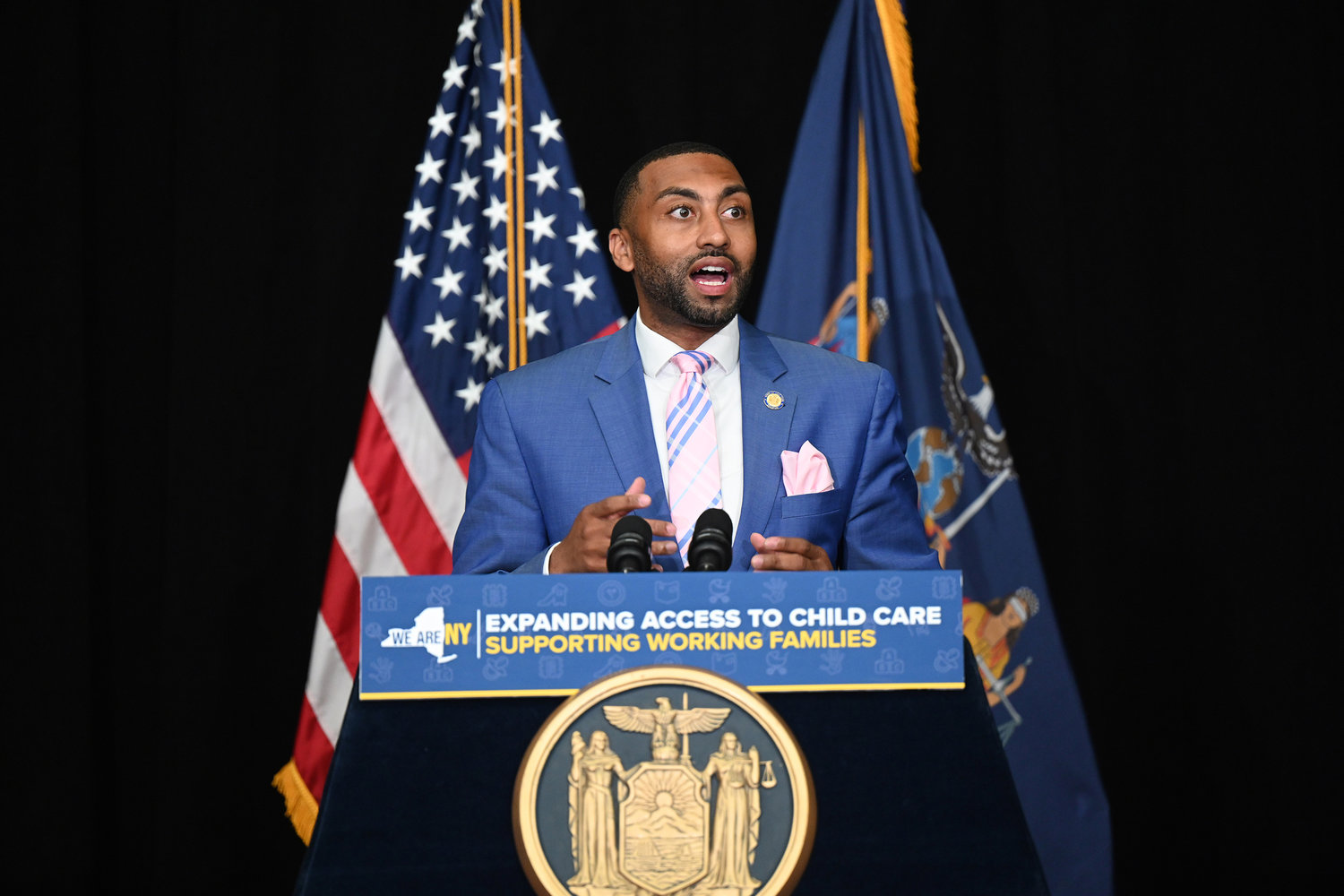 While the red wave failed to materialize throughout the country, it did manage to come ashore in New York. Democrats lost almost every competitive Congressional election this cycle, and Republican Lee Zeldin came within five points of Democratic incumbent Gov. Kathy Hochul — one of the closest gubernatorial races in decades.

In the days following the results, there was plenty of finger-pointing going around: Hochul’s lackluster campaign strategy, the state party failing to mobilize voters, progressive lawmakers steering the party too far to the left, the state Democrats aggressive redistricting tactics, rising crime and bail reform were all singled out.

State Sen. Jamaal Bailey has his thoughts on the matter, too. At a Benjamin Franklin Reform Democratic Club meeting last week, the chair of the Bronx county party spoke about where things went wrong for Democrats both throughout the state and in the borough, while also laying out a game plan for how the party can do better in the future.

The senator placed much of the blame for the party’s performance on a judge’s ruling earlier this year in the high-profile redistricting case to hand over the fate of the state’s new congressional and state senate lines to one man, Jonathan Cervas, the court-appointed special master.

Steuben County Supreme Court Justice Patrick McAllister, “decided to appoint a clown as a special master who had no idea what he was doing,” Bailey said. By reworking the Congressional lines drawn by the Democratic-led legislature, Cervas stripped away the party’s competitive edge in this year’s general elections.

In “some of these districts, we were doomed based upon the power of the pen of Jonathan Cervas,” he said. Cervas is a postdoctoral fellow at Carnegie Mellon University and has worked on similar redistricting processes in several other states.

“I’m not a conspiracy theorist, but maybe I am,” Bailey said. “My senate district very closely tracks, almost to the tee, with what the Republican (Independent Redistricting Commission) maps were in the senate.” Bailey was referring to the lines drawn up by the Republican cohort of the Independent Redistricting Commission set up to reapportion the lines in the first place.

While the senator did praise the northwest Bronx for being a bulwark against the red wave, he is concerned about other parts of the borough.

“Quite frankly Republicans aren’t going anywhere. They are not going to win here. But they’re not going to go anywhere. And they feel more emboldened now,” he said, worried that the election results will convince the Republicans to make further in-roads in the borough.

He noted how Zeldin won several electoral districts in the east Bronx and that Tina Forte, the Republican candidate for the 14th Congressional district, took parts of Throggs Neck and Middletown. “They see what Tina Forte was able to do in that race against Congresswoman (Alexandria) Ocasio-Cortez and they think that there’s blood in the water,” he said. “They believe that they have momentum. And perception, unfortunately, in this world is reality.”

“They’re going to try and tell the disaffected person that bail reform is the reason why everything is evil … that these people in these migrant camps are the reason that crime is going up, so that’s why you can’t trust the Democratic party,” he said. “That messaging was working. It was working like gangbusters.”

Rather, go on the offensive.

While the state’s election cycle just wrapped up, Bailey warned that Democrats should be prepared for the issue of crime and bail reform to persist. “This is something that we’re going to have to continue to fight against, and we’re pushing against the tide,” he said. “We’re going to have to message that you can have public safety and reform at the same time.”