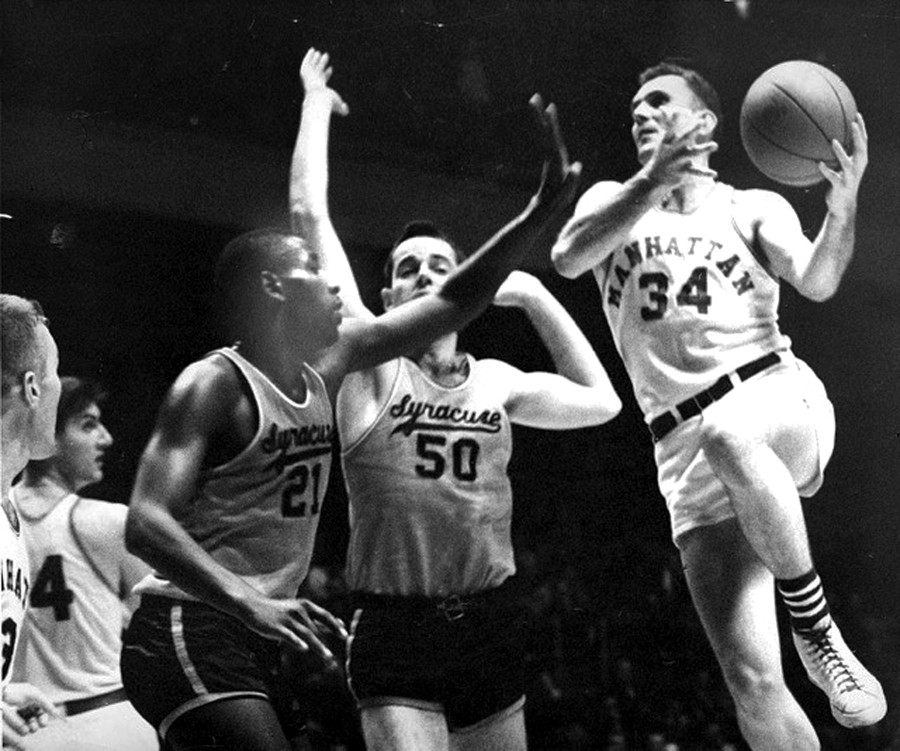 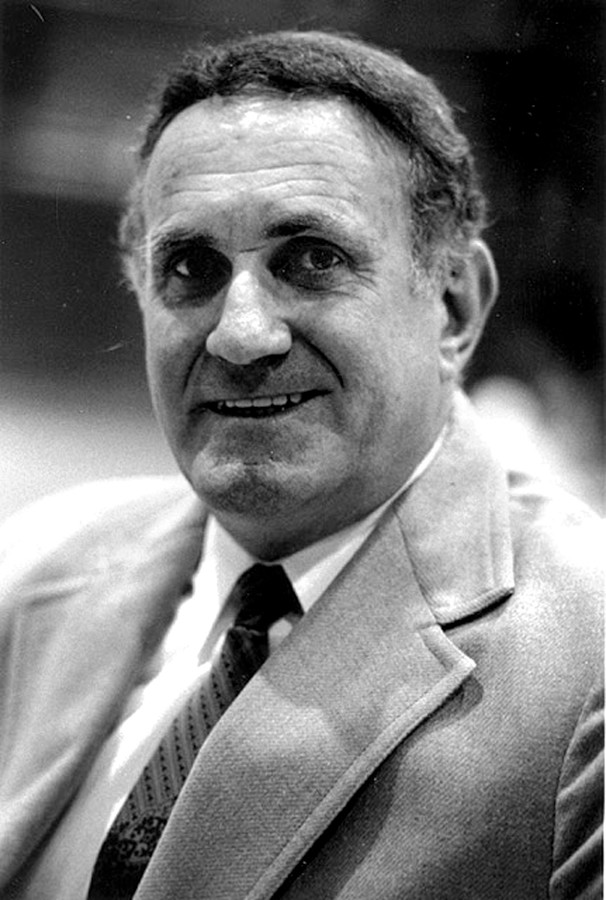 Jack Powers’ ties to Manhattan College go back to 1955 when he was a freshman on the Riverdale campus. Now six decades later, Powers is about to receive an honor no other in the school’s history has enjoyed.

Powers, who starred for the Jaspers in the late 1950s before becoming the school’s head basketball coach and ultimately its athletic director, will become the first person in school history to have his number retired. Manhattan, which started playing basketball during the 1904-05 season, will hoist Powers’ No. 34 jersey to the rafters during a formal ceremony set for halftime of the Jaspers’ Friday, Feb. 26 game versus archrival Iona College at Draddy Gymnasium.

Even with his long-time affiliation with the school, the gesture came as a complete surprise to Powers.

“It’s certainly an honor. There is no question about it,” Powers said. “I got the call from [Manhattan Athletic Director] Noah [LeFevre] and I was kind of surprised because Manhattan had never done that before. It came out of left field. I guess they had to pick somebody, so they picked me.”

LeFevre is behind the movement to celebrate Manhattan’s past basketball greats and he thought the decision to make Powers’ jersey the first to be retired was an easy one.

“We had no numbers retired so I just thought he was the no-brainer,” LeFevre said. “From his playing career to his coaching career to his administrative career, he just personifies Manhattan College and everything good that the college stands for. That’s how the idea was formed in my mind.”

Powers said during his tenure as the school’s athletic director, which ran for nine seasons beginning in 1980, the idea of retiring jerseys had been bandied about but for one reason or another never came to fruition.

“When I was athletic director I thought about it but the time wasn’t right with [former school president] Brother Stephen Sullivan,” Powers said. “And then Bob Byrnes took over from me as athletic director and Bob thought about it but [former president] Brother [Thomas] Scanlan didn’t seem to push it. So now Noah came in he talked to the president [Brennan] O’Donnell and they approved it and I think it’s a great idea.”

“We brought the idea to the president and he was comfortable with it,” LeFevre said. “He was very familiar with Jack and all the great stuff he has done for the college over the years and we thought there was no better way to honor him than retire his number.”

The jersey retirement is fitting for a man who has seen many great moments during his Manhattan career, both as a player — when Powers and the Jaspers knocked off a powerhouse team led by a future Hall of Famer in the NCAA Tournament — and as a coach, when another college basketball legend also fell victim to the Powers-led Jaspers.

“Everyone always refers to the time we beat Jerry West and West Virginia,” Powers said. “West was a sophomore at the time and they came into Madison Square Garden as the No. 1 team in the country for the first round of the NCAA Tournament in 1958. We were able to knock them off and I had a rather good game. I scored 29 points. My roommate, Dick Wilbur, who is a retired federal judge now, was assigned to cover Jerry West that day. That to me was probably my highlight as a player certainly.”

It was an epic upset and one that few West Virginia fans got to witness.

“I don’t know if you know this, but the fans for West Virginia skipped coming to Madison Square Garden and instead went down to North Carolina, where the second round was going to be held,” Powers said. “They felt that the No. 1 team in the country was going to beat little Manhattan. So when we got to North Carolina we met a lot of people who were waiting for West Virginia to show up.”

As for his coaching highlight, Powers considers another shocking upset at the Garden as his finest coaching moment.

“As a coach, we wound up in the NIT Tournament in Madison Square Garden and we went up against [legendary Hall of Fame coach] Dean Smith and North Carolina,” Powers said. “We were also able to pull out that victory, too.” The Jaspers upended the Tar Heels, 95-90 on March 14, 1970.

LeFevre said feedback about the plans to honor Powers has been overwhelmingly positive.

“The reaction to the news from anybody and everybody who has heard about it has been very excited and thinks this is really great,” LeFevre said.

So might there by more uniforms heading to the rafters in future seasons at Draddy?

“I think so,” LeFevre said. “It’s probably something that we want to continue to entertain and continue to think about. We’ll probably start thinking about it more but not just on the men’s side but on the women’s side as well.”

Powers, who still works on the NCAA’s postseason committee, thinks having the ceremony during the Jaspers game against Iona will add even more luster to the event.

“You’ll get a lot of alumni who will come back for this and Noah picked a real good game to do it,” Powers said. “In the last few years, the Manhattan-Iona game has decided who would be representing the MAAC in the NCAA Tournament. I’ve received an awful lot of phone calls from former teammates and people that I know from the college saying they thought it was a great idea and long overdue and that they should have done it years ago. It’s certainly an honor. There have been many, many great basketball players at Manhattan but to start it off, I guess, since I was there as a player, coach and athletic director, Noah thought that’s where he would start.”

LeFevre said he doesn’t have an exact spot picked out just yet for the jersey’s final resting place, but he has time.

“We’re looking at maybe over by the student section,” LeFevre said. “It’s going to be on one of the end lines for sure. But it will be featured prominently. It will be a great night. It’s going to be a tough ticket.”