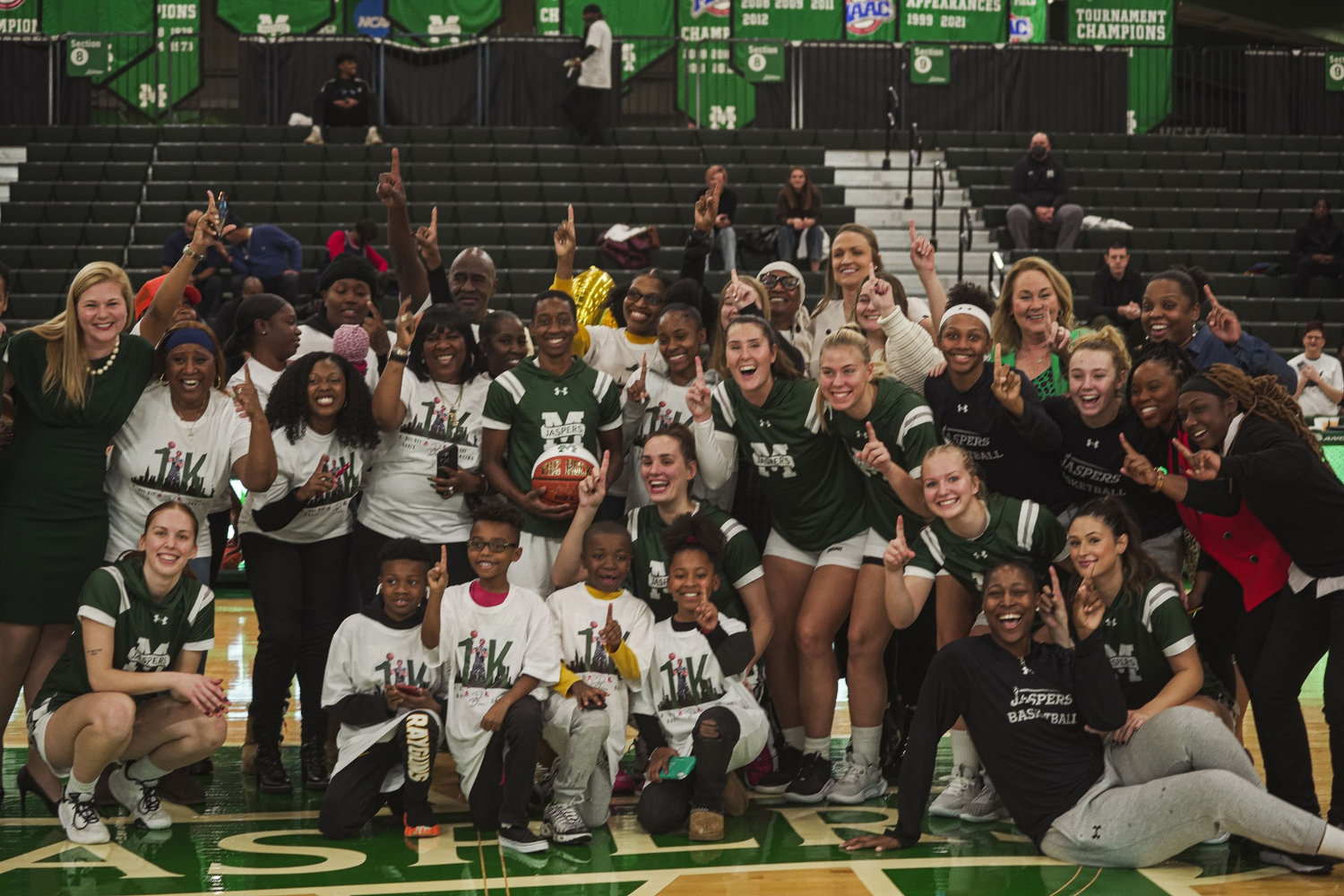 Captain Dee Dee Davis of Manhattan College women’s basketball Jaspers is the center of attention during home game against Howard University. Davis was presented with her 1,000 point ball and honored for her pick as pre-season MAAC player of the year. The women defeated Howard in a nail-biter, 56-54.
Go Jaspers 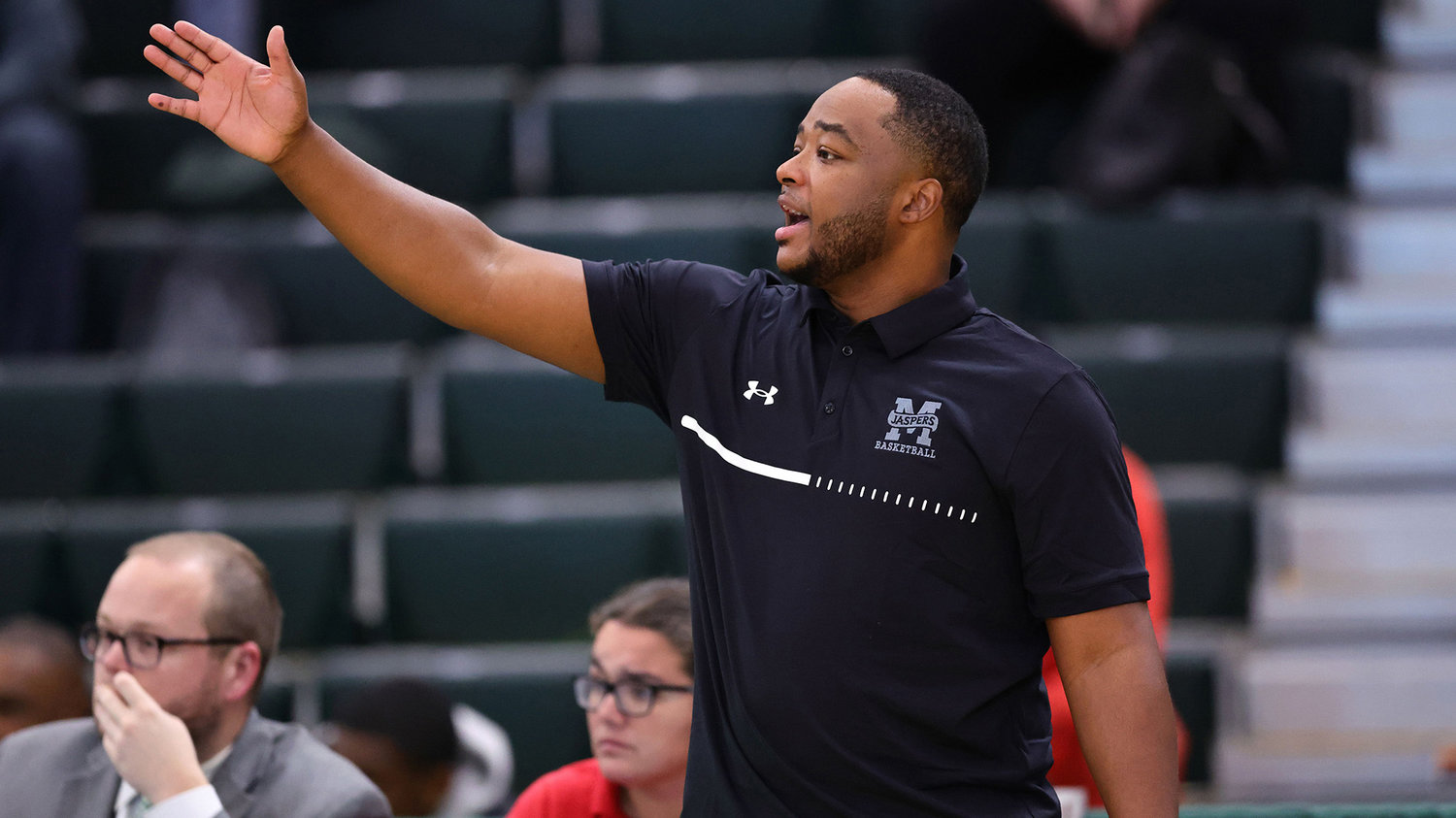 “It was a great team effort tonight. They played extremely hard. That is the only thing that matters to me,” Stores said post-game. “Getting the win feels great. I bleed green; we bleed green. With the alumni supporting us, that is what it is all about, making Draddy (Gynasium) feel like home.”

Lead scorers included Ant Nelson with 18 points, nine of which came from the opening 20 minutes, Elijah Buchanan and Josh Roberts, each with 14 points, and Nick Brennan and Hayun Raziel, each with 9 points.

The men’s team will travel to London this week for the London Basketball Classic where they will play Northeastern University on Thursday.

Before the game, the Jaspers hosted a ceremony for Metro-Atlantic Athletic Conference Preseason Player of the Year Dee Dee Davis, who scored her 1,000th career point last season.

Davis was surrounded by loved ones — both from home and from the Draddy court — as she accepted her 1,000th point ball with “We are Family” playing in the background.

Both Manhattan and Howard stand at 1-3 in their conferences (the MAAC and Mid-Eastern Athletic Conference, respectively). Howard player Iyanna Warren stood at the same height and build as Davis, and proved to be a key player for the Bison, scoring 12 of their 54 points and raising the level of intensity from both teams throughout the game.

Emily LaPointe challenged Howard’s aggression throughout her minutes on the court. The Jaspers earned an eight-point lead in the final 10 minutes, making the score 47-39. The Bison battled hard and closed the gap to 56-51 with 1:56 minutes left. Warren drew a foul on a layup against LaPointe and scored the free throw and made the score 56-54.

With just six seconds left, Davis deflected the Bison’s inbound play to buy time. After a timeout, Annie Bair stole the inbound pass near the sideline and protected it on the ground as the clock ran out, securing the win for the Jaspers.

“I’m so proud of the resilience this team showed tonight against a well-coached and talented Howard team,” said head coach Heather Vulin following the game. “The game had a playoff atmosphere and I felt Draddy was electric tonight.  It was wonderful having Petra (Juric) back in the lineup and putting forth a dominant performance.  I also thought Helena (Galunic) really stepped up and gave us great production.  I thought our leader, Dee Dee Davis made two of the biggest plays of the game to seal our victory with her defense at the end of the game. Truly proud of this team.”