Jeffrey Dinowitz: More motivated than ever to serve 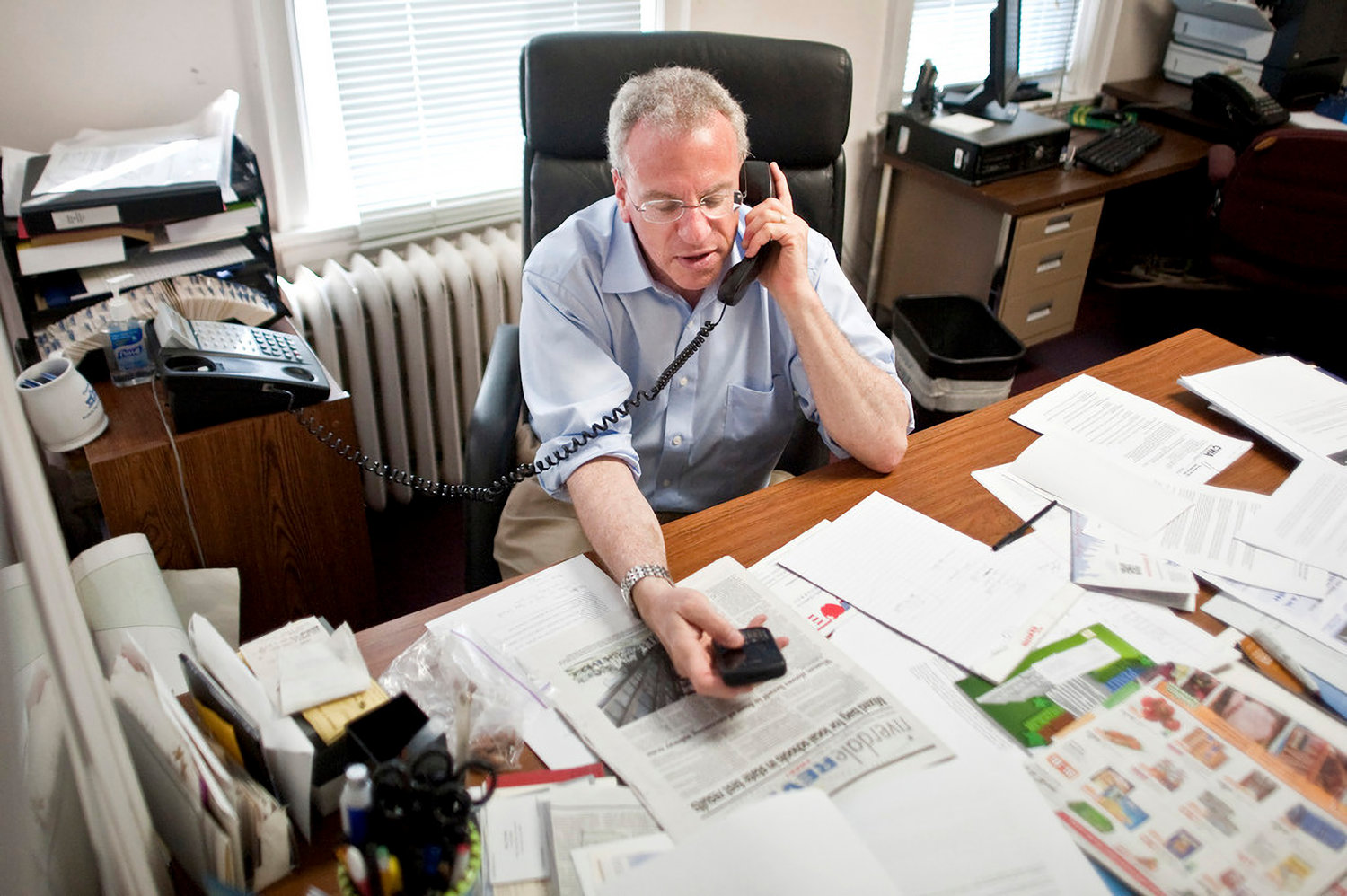 For the first time in many years, Assemblyman Jeffrey Dinowitz has a serious challenge from a pair of candidates: Jessica Woolford and George Diaz. The longtime lawmaker, however, says he’s not too worried about either of his opponents unseating him because the work he’s done in recent years speaks for itself.
Karsten Moran
By ETHAN STARK-MILLER

Since a young age, Jeffrey Dinowitz has wanted to help his neighbors. Even before he could vote, the future state lawmaker was a community activist, volunteering in local politics.

That’s likely why Dinowitz has spent nearly three decades of his life representing this corner of the Bronx in the Assembly. Yet, even after all these years, Dinowitz finds ways to stay passionate — most recently through the world’s ongoing public health crisis.

“I feel more motivated than ever, most particularly because of the pandemic,” Dinowitz said. “I’ve worked as an Assembly member and even before for many years, as a community activist in our neighborhood for most of my life. And I want to continue to do that. I have seen a lot of our work jeopardized because of the pandemic. And we have a huge amount of work to do.”

But this year, for the first time in many election cycles, Dinowitz must defend his long-held seat from not one Democratic primary opponents — like George Diaz in recent years — but two, as Kingsbridge community advocate Jessica Woolford has jumped into the fray.

Woolford is considered the more serious competitor after working in politics for the past decade — most recently as press secretary to U.S. Sen. Kirsten Gillibrand. Diaz, on the other hand, is taking another shot at the Assembly seat after running unsuccessfully against Dinowitz in 2020. Still, even with limited campaigning and minimal funds, Diaz still pulled in 36 percent of the vote.

Dinowitz, however, isn’t too worried about either one. But that’s because he has a not-so-secret weapon: his legislative record, which especially in recent years, speaks for itself.

“I do hope that people will consider all the good work I’ve done, all the results I’ve gotten, as part of their determination as to who to vote for,” Dinowitz said. “Everybody is free to run. And I welcome everybody’s candidacy.

“Am I worried? I wouldn’t use the word ‘worried.’ But … I’m going to work constantly to try to convince people that they should vote for me in the primary on June 28.”

Additionally, Dinowitz said, one of Woolford’s central claims that he is far more present in Riverdale than Kingsbridge — or any other part of the district — is misleading.

“It’s in a very busy area in the center — what I consider the center — of the district. I wanted to be able to serve all communities.”

On top of that dedication, Dinowitz says voters should send him back to Albany because of his legislative work since the start of the coronavirus pandemic — most notably his eviction moratorium bill.

Dinowitz originally passed the moratorium in June 2020 — along with state Sen. Brad Hoylman — as the Safe Harbor Act, which was renewed twice last year. The law prevented landlords from evicting tenants whether they’re paying rent or not, as a means of protecting people facing financial hardship during the worst of the pandemic.

“This legislation prevented probably tens of thousands of people from being made homeless,” Dinowitz said.

“From being evicted from their homes during the worst pandemic in our lifetimes, I know that that has been significant in the lives of countless New Yorkers. Especially those who aren’t among the most well off.”

Another significant piece of legislation Dinowitz passed during the pandemic, he said, was a bill that made absentee voting much more accessible. Normally, people can’t vote absentee in New York unless they present one of a narrow set of excuses — that include being out of state on election day, and having an illness that prevents them from going to the polls.

Dinowitz’s bill expanded the illness excuse by allowing any voter with a fear of contracting the coronavirus at the polls to request an absentee ballot.

“It was obvious that many people were afraid to go to the polling place, to go to crowded places,” Dinowitz said. “People don’t want to lose their vote, but they don’t want to jeopardize their health, either.”

Dinowitz also introduced a bill last fall mandating all students be vaccinated against COVID-19 if they want to return to the classroom. This follows a 2019 bill Dinowitz and Hoylman passed banning religious exemptions for the already existing list of required school vaccines — before the current pandemic.

If Dinowitz is re-elected, there are a few items already at the top of his agenda. First he says it’s time to finally pass the New York Health Act, a bill that aims to replace employer-based private health insurance with a state-run single-payer system in New York.

And lastly? Funding child care for anyone who needs it.

But at the end of the day, it all comes back to community for Dinowitz. While many electeds may seek to climb the ladder by running for higher office, Dinowitz says the Assembly is where he wants to stay.

“I am a lawyer, I could’ve gone into a profession where I made a lot of money,” he said. “But I chose to do this because this is my community. I want to help people and I want to make it the best community possible.

“I’ve never had an ambition to run for higher office — and I’ve had opportunities to do that in the past. I like being local and grassroots, and the Assembly member for our community is very local and very grassroots.