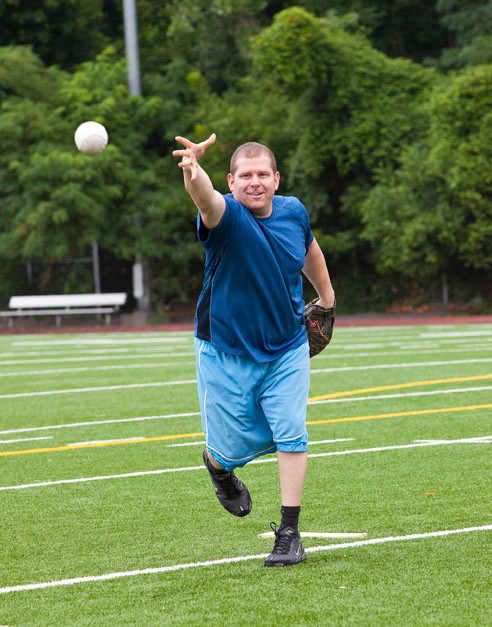 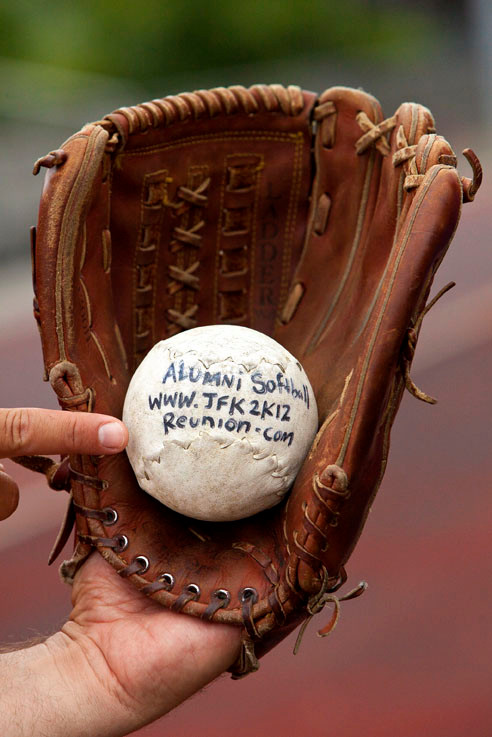 Vince Zarate shows off a softball he memorialized for the reunion at the barbecue.
MARISOL DÍAZ/THE RIVERDALE PRESS 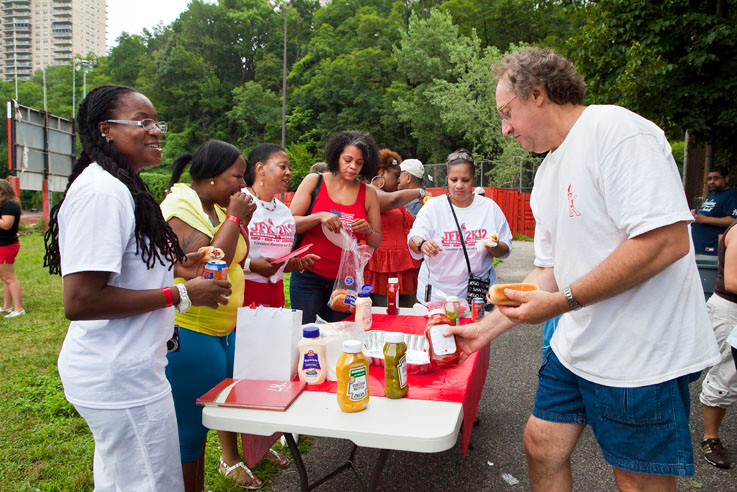 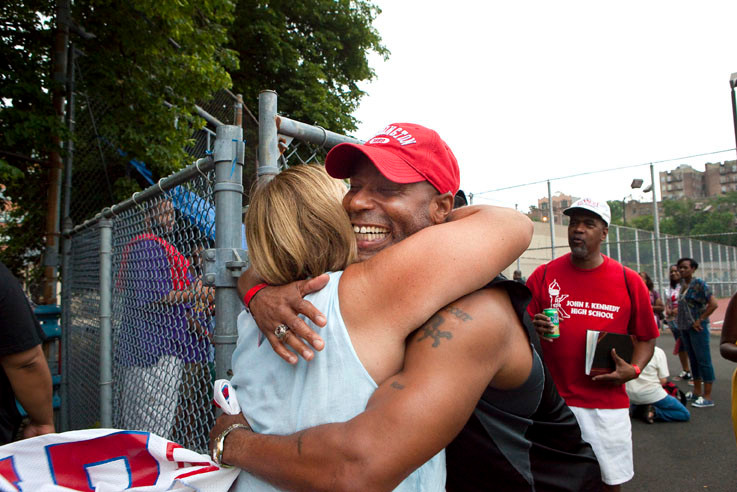 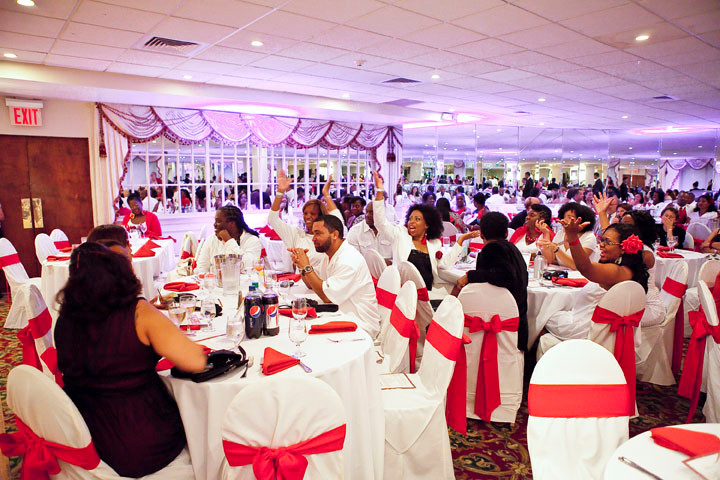 John F. Kennedy alumni cheer at a reunion at the Royal Regency Hotel in Yonkers on Saturday.
MASAO KATAGAMI/THE RIVERDALE PRESS
Previous Next
By Sarina Trangle

John F. Kennedy alums from 40 graduating classes descended upon the campus this weekend for a three-day reunion that is likely to be among the school’s last.

The Panel for Education Policy voted to phase out Kennedy by 2014 this winter, but hundreds of staff, graduates and coaches gathered to celebrate an institution they remember fondly.

The dozens of scheduled events began with an alumni basketball game in the Mathis gym followed by a comedy show featuring Mark Viera, a 1992 graduate.

“I started late. I was 14. I sat on the bench the whole time. I did not bat once,” Mr. Zarate said of learning to play baseball with the Knights “I kept saying, ‘Let me play. Let me play.’ One day I left and [the coach] basically called me and said I let down the team and even if you’re not playing you’re a link in the chain and if you’re not there, the team won’t win .... He taught me everything — life lessons.”

Other alumni praised partaking in Kennedy’s sports legacies over hot dogs and burgers. Vincent Chapple, who went on to place second in the finals of the track state championships his senior year, said he was thrilled when he got offered a seat at JFK his sophomore year after attending his zoned school, George Washington High School.

“My senior year was one of my best years of my life. I really enjoyed myself,” said Mr. Chapple, a retired NYPD officer and sergeant with the veteran’s affairs police department in Westchester. “One of the hardest things I had to do was to leave when I graduated.”

The afternoon continued with recreational flag football, track and field and card and board games. The Knights’ red and white colors were draped across an event room in the Royal Regency Hotel in Yonkers for the headlining affair.