Just who is that knocking at ‘The Thin Place’? 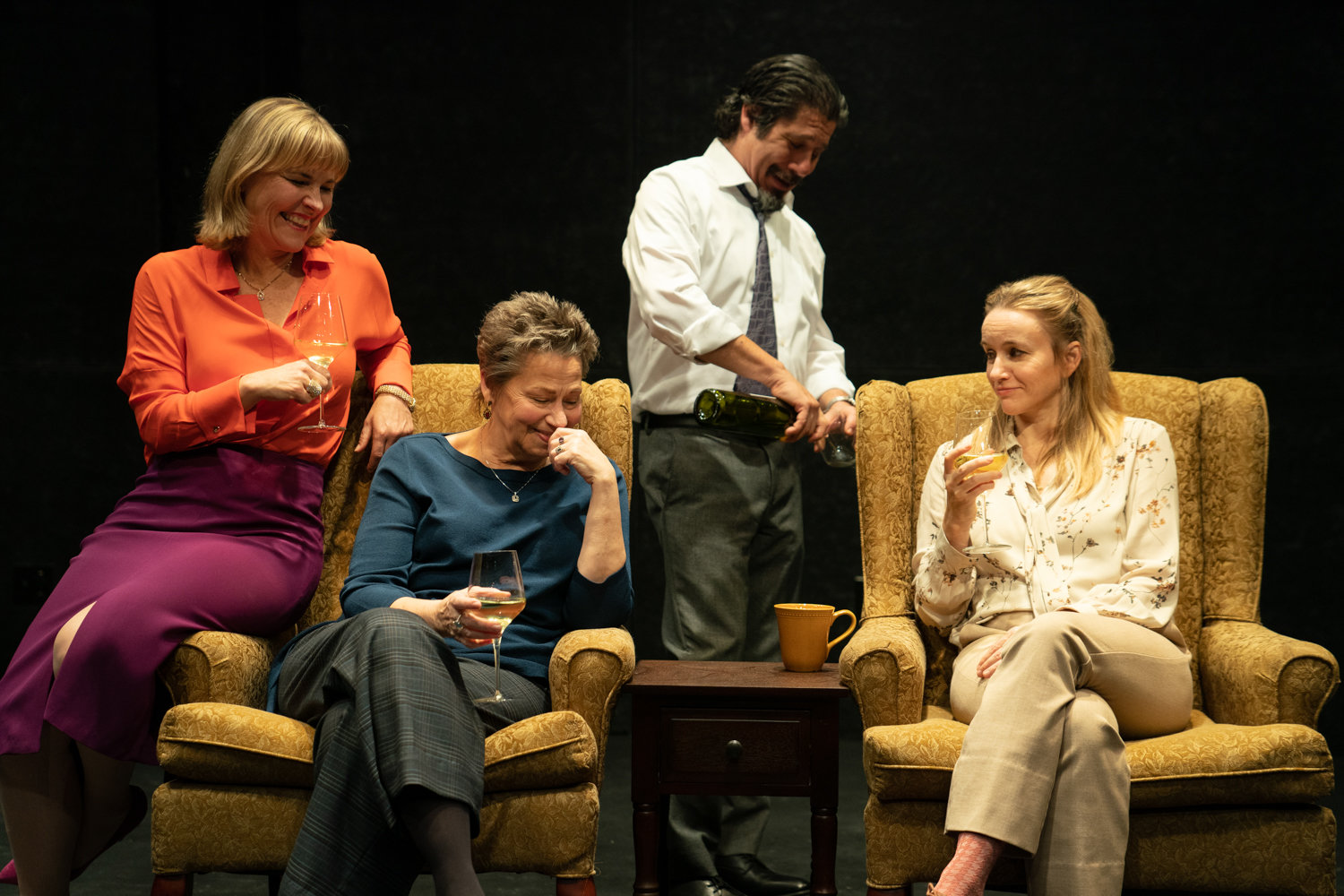 It’s a simple staged filled with actors like Kelly McAndrew, Randy Danson, Triney Sandoval and Emily Cass McDonnell — with some extra visits from spirits that are not of our world in ‘The Thin Place.’
Courtesy of Joan Marcus
The Thin Place

"The Thin Place” is a fidgety house of mirrors, complete with the hallmarks of séance, noire and summer camps spookfests.

There’s a hefty touch of psychodrama as well, in this premiere of Lucas Hnath’s play at Playwrights Horizons, for the central character of Hilda. Full of questions, she aligns herself with Linda, a medium with some longstanding issues of her own.

These two women snap through quicksilver changes in Hnath’s twilight corridor, a dim passage with some sharp turns and tense moments.

Emily Cass McDonnell and Randy Danson tread carefully with their brisk, understated performances. They pass through doorways that take us further still into the unknown grounds between the living and the lost.

Along the way, an earthy pair of friends amplify the palette for both the needy Hilda and the stoic, mysterious Linda. Triney Sandoval and Kelly McAndrew bring vigorous contrast to the proceedings.

Director Les Waters paces this crossroad traffic with a sure, appropriately invisible hand. Hnath and his heroine cover a lot of ground, all of it starting from Mimi Lien’s simple set: two wing chairs on a naked stage.

“The Thin Place” builds upon the foundation of a powerful urge, the desire to communicate with the dead. Hnath braids this universal curiosity into Hilda’s quest, a multigenerational mother-daughter mystery, with strands that alternate affirmation with dismissal. This psychic hotline is loaded with mixed messages, which puts the notion of red herrings on hold, and thus supports this elusive shadowy world.

Hnath and Waters layer tension with steady ratchets of technique. At first, the house lights remain up, as if to indicate that the actors and audience share this departure together. The calculated risk pays off.

And out of this everyday sort of portal — one where Hilda begins her story by confiding in us — something quite different is finally evoked, and quite effectively. We wonder just where we are. The ambiguity is part of the journey.

The impact depends in part upon a suspension of disbelief, beyond the usual requirement. Here — much like in the tales told around the campfire or in a thousand stories of spirits and metaphysical circumstances — we get, well, what we get. It’s unfair to say more.

With a clever hand, Hnath sorts through the usual building blocks of the horror story. A visit to a boarded-up house is pivotal, as is a curious, hard-to-identify off-stage sound. Suspense is heightened with the unusual use of stage lighting, and another sound effect — this one on stage — is delivered under some mysterious authority.

The standard mentalist caper of thought transmission, whereby one must guess the word thought by another person, is given a lively and dramatic twist — one which figures prominently in Hilda’s past, in the technique of the medium herself, and in the immediate aftermath of the ghost story.

We get ample reason to believe and doubt, and that’s a tribute to the keen edge of this journey into the misty grounds of “The Thin Place.”