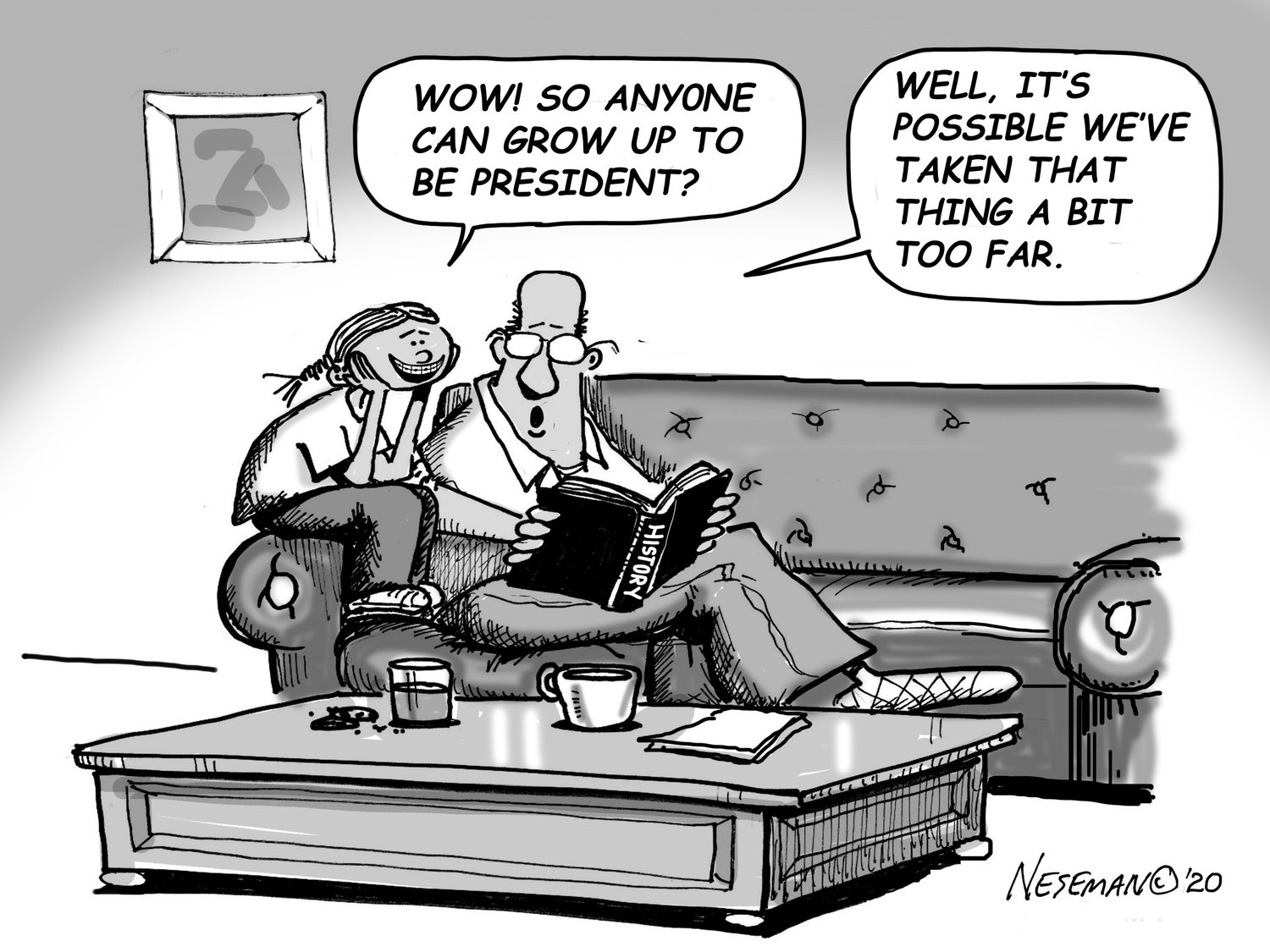 After the first full year of Donald Trump’s presidency, the online news outlet Axios discovered something rather disturbing in a poll conducted by SurveyMonkey — more than a third of Americans had lost faith in democracy.

That’s no majority, but it was a view shared by 43 percent of Democrats and just 30 percent of Republicans.

Now that we’re nearing the end of Trump’s first term, it might be scary to discover what those poll numbers look like now. The last four years felt like one disaster after another — culminating with the coronavirus pandemic — yet the president still has a fighting chance for re-election, even after being diagnosed with his own case of COVID-19.

Trump’s mantra might be “America First,” but in reality, it’s more like “family first.” Whether qualified or not, Trump is more comfortable surrounding himself with other Trumps than with people who might actually be able to do the job. That’s true not just in his real estate business, but also in the White House where his children and those married to them have taken on key roles in his administration.

It’s nepotism almost to the extreme — a term dating back to the Middle Ages when popes and bishops inside the Roman Catholic Church would provide key leadership positions to nephews. It created several dynasties — some of which have been featured in more modern dramas, like “The Borgias.”

Yet, such nepotism wasn’t exactly frowned on at the time. The wide belief was that if one member of a family possessed specific skills, surely other members of the family possessed those same skills. It’s why many children followed their parents into their line of work, and some of the world’s earliest industries — like banking — was a family affair.

It’s also the very belief that fueled monarchies, where simply being born to the right parents in the right order was all the qualification you needed to rule a country — or even an empire. We don’t have to look too far to see how such a system may have included a hit here and there, but was mostly misses — and disastrous ones at that.

Yet, even in the 21st century, it’s hard to get away from such familial dynasties. Not necessarily that Americans believe in inherited titles, but more that voter apathy causes us to check the box next to a name that’s familiar to us, even if we don’t know anything about that person.

It’s the kind of belief that powered the Kennedy family in Massachusetts for decades — where no Kennedy could lose an election. That is until Joe Kennedy III arrived on the scene.

There are indeed times when familial connections can be beneficial. State Sen. Alessandra Biaggi talks glowingly of being a young child sitting at the dinner table of her grandfather, U.S. Rep. Mario Biaggi, and getting her first glimpses of what it means to serve the people.

But then again, the state senator never served at the same time her now late grandfather did, so diversity in those who represent us was maintained.

And that’s important. While it’s great to see our elected officials work together to make our community a fantastic place to live and work, we also need them to be different people. From different backgrounds. Representing the very different constituents who make up that community.  Having two people represent us at different government levels who regularly share a common dinner table — that should be enough to give any of us pause. Even if the candidate running is a good person and well-liked.

Too many people have lost faith in democracy, because for many, it seems it doesn’t matter what they do or how they vote. They see there’s some higher power — usually a political machine — that is forcing the decision for them, and their voice ultimately gets lost.

One thing our community has done is declare it’s time to clean our political house, and that’s happened in eye-opening ways over the past couple major elections. But now is not the time to stop.

We believe in democracy by ensuring we have a voice. We maintain that voice by making our own decisions, and to elect those who truly represent who we are and what we believe in — and not just because it’s a name on the ballot we recognize.

Most importantly, you must vote. Not just in November, but in every election. Including the special elections. Make sure your voice is heard.