‘Keep Kingsbridge Armory where it is’ 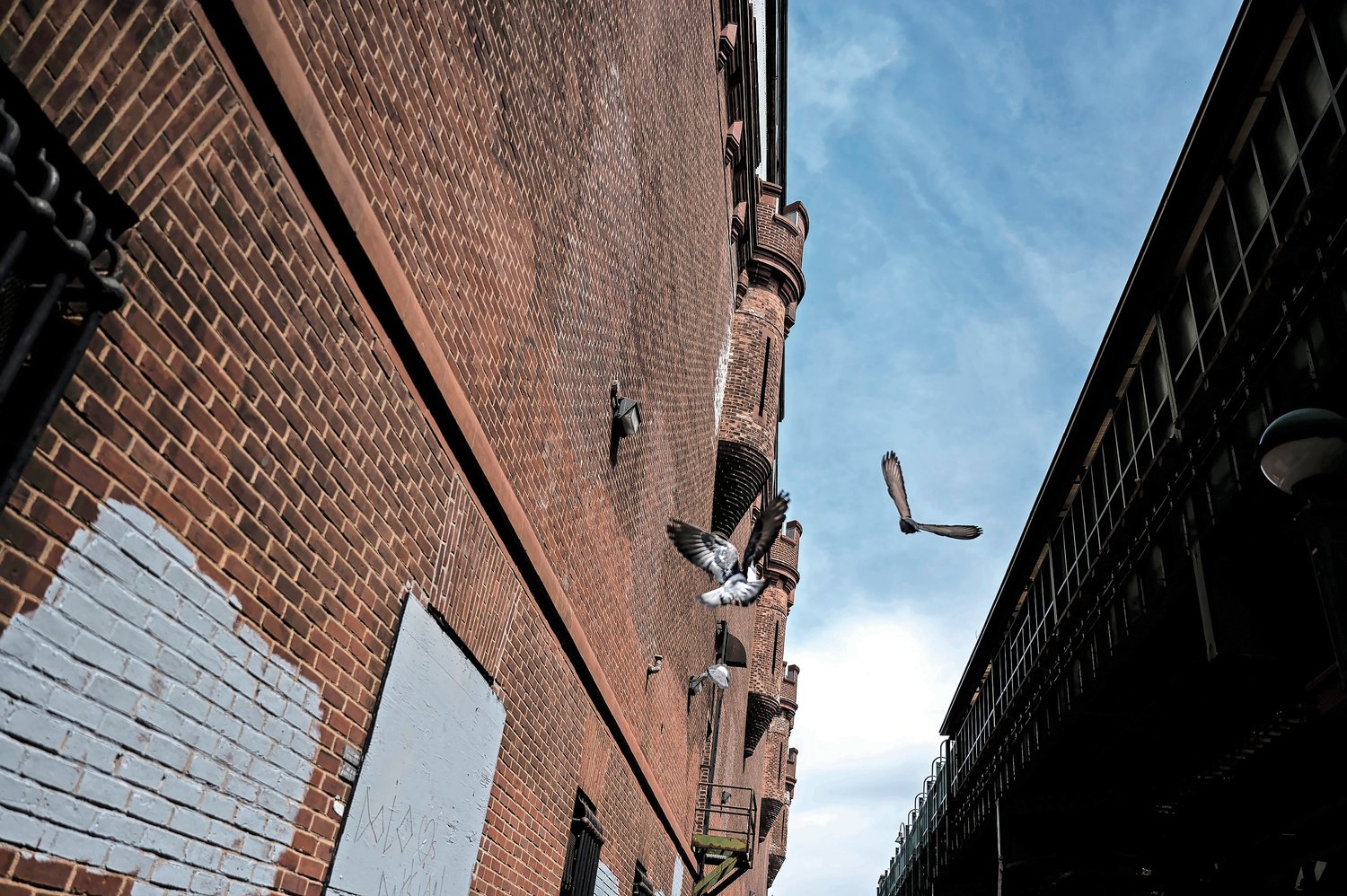 In the first version of the new city council maps, the districting commission moved the Kingsbridge Armory from district 14 to the much wealthier and whiter district 11. The lines are not finalized, however.
Hiram Alejandro Durán 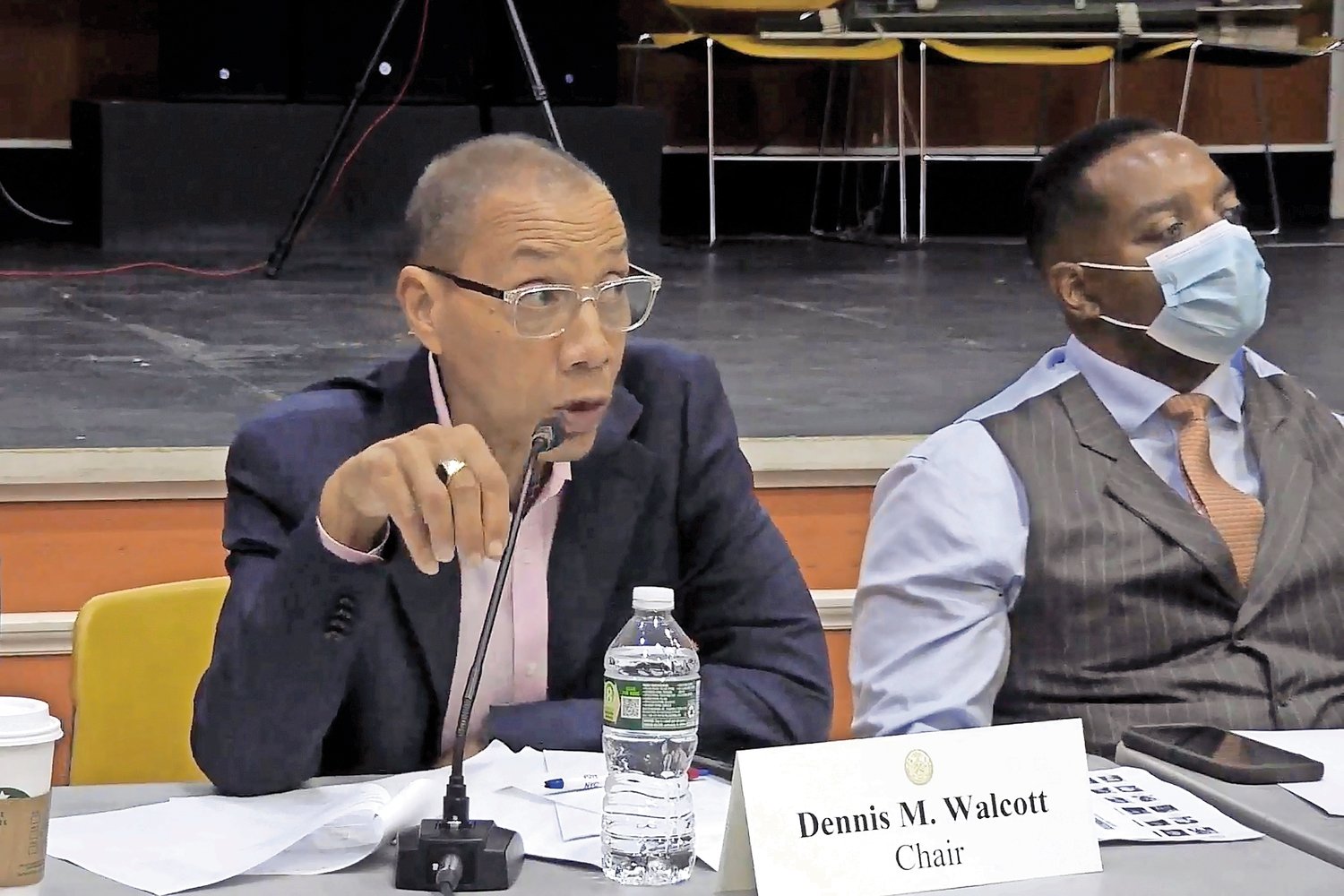 When the city council’s redistricting commission held a hearing last Wednesday on redrawing the city’s 51 council districts, some talk centered around the future of the Kingsbridge Armory.

That was because the first round of draft maps calls for placing the armory in district 11, pulling it away from district 14 — which has one of the highest poverty rates in the city. The proposal would put the much maligned building in a much whiter and wealthier district.

The armory, which spans an entire city block on the corner of West Kingsbridge Road and Jerome Avenue, has sat vacant since the 1990s. Throughout the years, several local politicians, developers and community members have tried to find ways to use the building.

“It’s really this beautiful, majestic, incredible space that could deliver so much more to this community,” Councilwoman Pierina Sanchez said earlier this year. When she was first elected to represent district 14, Sanchez said that the redevelopment of the armory was one of her top priorities.

At the meeting last week, Sanchez was adamant that the mammoth structure remain in her district. “We have community-based organizations … who have been fighting for decades to redevelop the armory,” she said. “It’s not just the building, it’s about the struggles that have guided this community in fighting for that armory for community economic development.”

By moving the armory into the new district 11, which covers neighborhoods like Fieldston and Riverdale, local groups fear the future of the armory will now be in the hands of a community that has little concern for its fate.

“The current map takes the future of the Kingsbridge Armory away from the people who have worked for decades through many disagreements and challenges,” a member of the Bronx Cooperative Development Initiative, Evan Casper-Futterman, testified.

The latest plan for the armory involved converting the space into an ice-hockey center with 50,000 square feet carved out for community nonprofits. The city pulled the plug after the developer failed to secure enough capital to get the project off the ground. Then, a protracted legal battle ensued.

But before the plan fell apart, as part of the negotiations, the developer signed an agreement to provide a living wage for its workers, in addition to allocating space for the nonprofits.

The Northwest Bronx Community and Clergy Coalition helped draft that agreement. “Did y’all know that in December 2021 the EDC (Economic Development Corp.) took back that development deal? Do you think it’s a coincidence that they took that armory out of CD 14? It’s not a coincidence,” said Juan Nuñez, an organizer with the clergy coalition.. “That armory means generational wealth for so many people in that neighborhood.

“That armory could mean so much for that neighborhood. And to divide it and put it in a district with a bunch of white folks in Riverdale and Spuyten Duyvil, no disrespect, but that is not going to affect those folks up there.”

Councilman Eric Dinowitz appears to agree. In his testimony, the district 11 councilman pushed for the commission to reconsider placing the greater Kingsbridge area, where the armory is located, in the district he currently represents.

Councilwoman Sanchez also thinks that Kingsbridge, with its largely low-income Latino population, should remain in her district. “So moving this community as a whole out of district 14 into a wealthier, whiter neighboring district would represent a dilution of voting power for protected-class Latinos, and a community that is a community of common interests.”

Sanchez is right: the districting commission, as set up by the city charter, is mandated to consider community of interests when drawing the new lines. However, its primary concern is ensuring an equitable population distribution between each district.

From 2010 to 2020, New York City’s population grew from approximately 8.2 million people in 2010 to approximately 8.8 million. Yet district 11, as it is currently drawn, is underpopulated — which means its boundaries will have to expand in order to meet the city’s charter requirements.

So no matter what district 11 will have to absorb new communities. The commission is expected to submit its second round of drafts to the city council on Sept. 22.