Former Klein ally, Dean Skelos, wants out of prison because of coronavirus 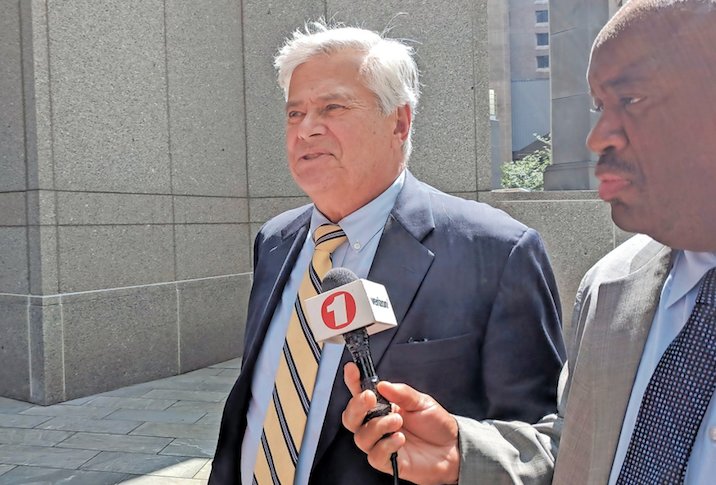 Former state Sen. Dean Skelos, who in his heyday helped give power to former state Sen. Jeffrey Klein's Independent Democratic Conference, seeks an early release from prison because of coronavirus fears. He was convicted in 2018 in a corruption scandal that included his son.
File photo courtesy of LIHerald.com
Support Local Journalism

Former state Sen. Dean Skelos — who served as the upper chamber's majority leader thanks to his coalition at the time with now-former state Sen. Jeffrey Klein — wants out of prison, according to court papers filed this week. The 72-year-old says he's worried about the coronavirus pandemic.

Skelos filed the motion in federal court in Manhattan on Monday, asking to spend the remainder of his 51-month sentence in home confinement to lessen his risk of contracting the virus that causes COVID-19.

Skelos still has more than two years left on his sentence for political corruption, which he began serving in January 2019 at Otisville Correctional Facility in Orange County. The motion, filed under seal, was opposed by federal prosecutors in papers filed publicly on Tuesday, citing that an application for release should first be filed with the U.S. Bureau of Prisons, which can better assess his health situation.

Prosecutors noted steps were being taken to stop the spread of the disease in federal prison, and said that because Skelos lives in New York state — "the global epicenter of the coronavirus" — he hasn't expressed exactly how he would be better protected outside of prison than inside.

Judge Kimba Wood has yet to issue a ruling on the request, and Skelos' attorney could not be reached for comment.

Skelos and his son Adam were convicted in July 2018 on eight counts of conspiracy, extortion and bribery, over claims the older Skelos used his political power to secure approximately $300,000 in jobs and fees for his son. Adam Skelos was sentenced to four years in prison.

Skelos stepped down from his senate leadership position in 2015 as the corruption scandal came to light. Skelos was leading Republicans when Klein and three other senators bolted from the Democratic caucus to create the Independent Democratic Conference, providing support to senate Republicans after Skelos offered the four standing committee chairmanships.

Klein's name came up more than once in filings during Skelos' corruption trial, including a client referral to Klein in his role as a lawyer, and discussion by Skelos about how his alliance with Klein keep senate Democrats in disarray.

Klein was never accused of any wrongdoing during the scandal.