Free tuition, more robust staffs are something CUNY schools may see if proposal makes it through 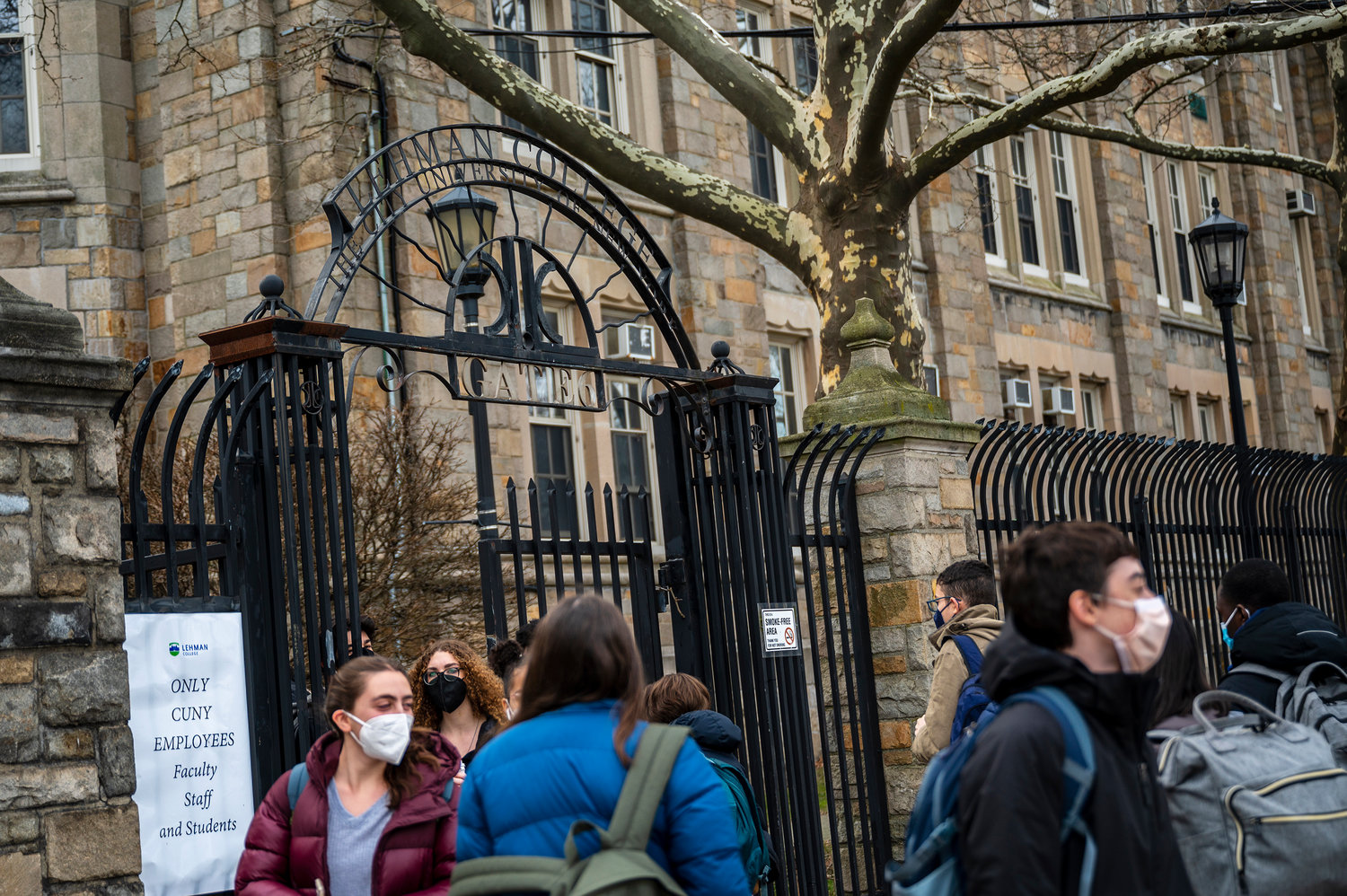 CUNY advocates hope a new bill making its way through the state legislature will help free in-state undergraduate students from the burden of college tuition. Additionally, the ‘New Deal for CUNY’ would boost the number of academic and support workers at colleges and universities throughout the state.
HIRAM ALEJANDRO DURÁN 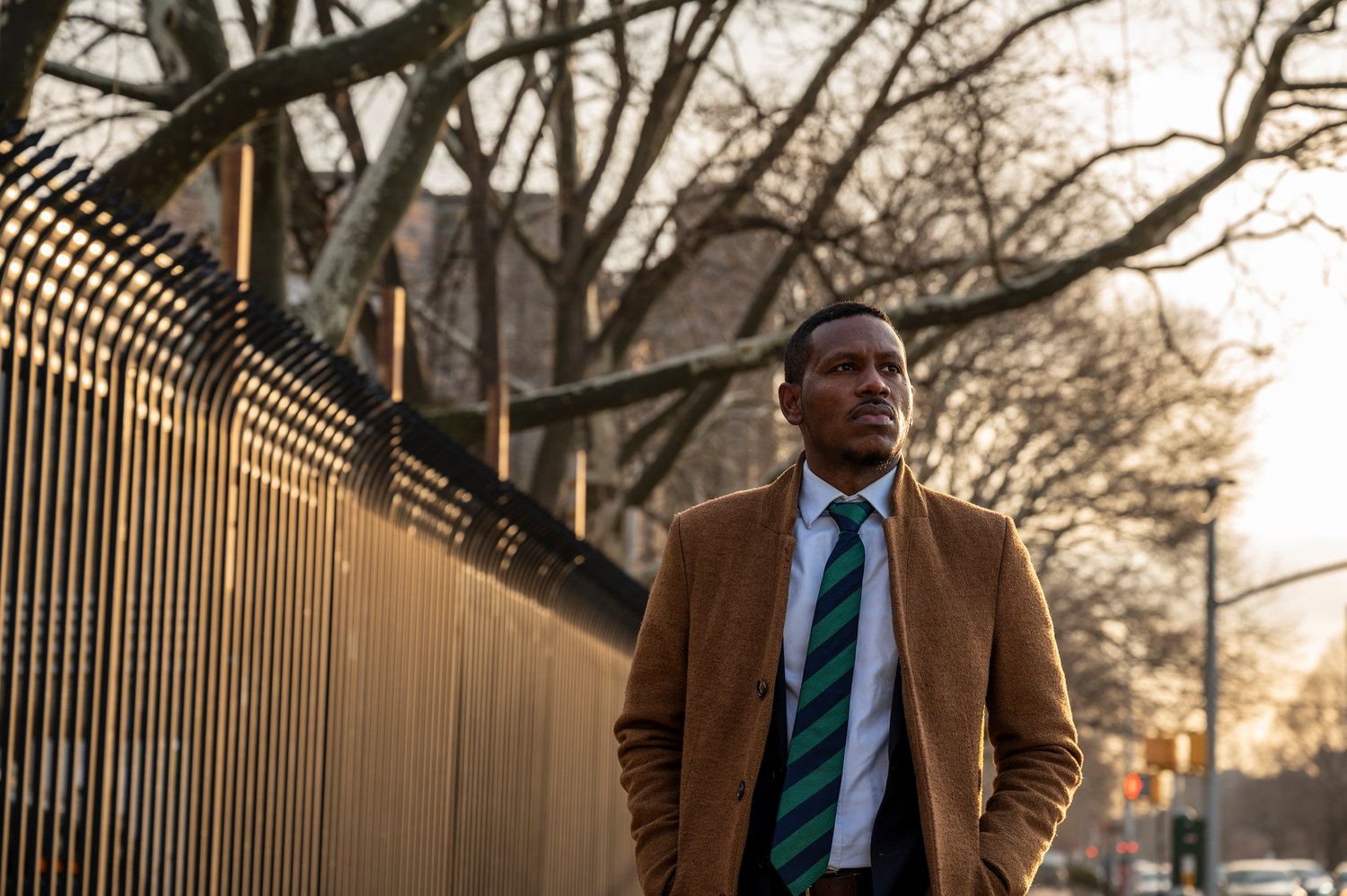 Remysell Salas, the campaign director for CUNY Rising Alliance, hopes the ‘New Deal for CUNY’ bill is passed in time for the fall semester. If CUNY advocates like Salas have their way, the university will not only be better staffed, but tuition-free.
HIRAM ALEJANDRO DURÃN
Previous Next
Support journalism

When one has taught at a college as long as Ruth Wangerin, they might start to see things change — but not always for the better.

With more than 20 years as an anthropology professor — 10 of them at Lehman College — Wangerin feels the school, along with the rest of the City University of New York, could use some serious improvement.

“The funding for faculty, and the student tuition, and students having their mental health needs fully accommodated, is a really big thing right now,” Wangerin said. “We need to focus our efforts on those issues.”

In addition to teaching, Wangerin also serves as acting chair for the Lehman chapter of the Professional Staff Congress — the union representing more than 30,000 faculty and staff members at CUNY and its research foundation.

The union’s role is more important than ever, Wangerin said — especially with the overwhelming financial crisis CUNY faces. But she has hope the so-called “New Deal for CUNY” in front of state legislators might help resolve those money issues while bringing plenty of changes to Lehman, and other CUNY schools like it.

And it all begins with students. The $1.7 billion bill would, among other things, eliminate tuition for any CUNY students who live in New York. That would certainly be a boon for students — especially from an institution with a large Black and Hispanic population — to provide advantages not usually afforded to CUNY schools.

“These are the students who can least afford it,” Wangerin said. “We should make this a tuition-free university.”

Many of Lehman’s students come from middle- or low-income households, Wangerin pointed out. She believes it’s unfair to start students out with large tuition debt before they even have a chance to begin their professional careers.

But tuition isn’t the only issue. Paying professors is another as underwhelming low wages makes it hard to keep good faculty members, who have to go out looking for other schools, or even other careers, just to get by.

Wangerin certainly feels that. She’s lucky to have a second income that subsidizes her college salary despite decades of experience.

“If I didn’t have a pension from a city job I retired from, I wouldn’t even be able to teach,” Wangerin said. “And that’s just a crime. I should be making enough money to live off of it.”

And that’s just the pay for those who are fortunate enough to be staffed with the college. Adjunct professors — those who essentially teach as a second job — are some of the most vulnerable of faculty members at schools like Lehman. And the pay is a fraction of what senior professors make, despite sometimes teaching far more classes.

Additionally, she’d like to see would-be part-time professors transitioned into full-time staff with livable wages and benefits. And then there are the facilities themselves, beginning with Wangerin’s office at Davis Hall where ventilation is in serious need of upgrades. It’s the same for other Lehman buildings, too.

In fact, Lehman’s gym has been unusable because of ventilation issues, Wangerin said.

“The amount of work that old buildings like (ours) need is a lot,” Wangerin said. “I don’t think they have that kind of money to get up on the roof and fix it so that there’s no more leaks.”

Yet, talking openly about problems can many times overshadow the good things about a campus. And Wangerin believes that despite the need for some repairs, the Lehman grounds are exemplary.

“Our campus is better than a lot of other campuses,” Wangerin said. “But it could be wonderful.”

Remysell Salas knows all too well the issues that permeate CUNY schools across the five boroughs. He’s seen it as a student the one year he attended Lehman, and he still sees it now — just this time as a professor at the Borough of Manhattan Community College.

Salas is the campaign director for CUNY Rising Alliance — a coalition formed between students, workers and the communities that form and revolve around CUNY campuses.

“This fight has been going on for a long time,” Salas said. “We’ve been trying to make CUNY tuition-free again for years. But it’s just not about making it tuition-free, but also improving the quality of education throughout the university as well.”

Those improvements would include increasing the ratio of staff professors to students, and funding much-needed disciplines and departments that simply don’t have the cash to thrive, or even exist.

“CUNY does a lot for our city,” Salas said. “But unfortunately, the resources needed are not up to par, and we need more capital to make the improvements that are needed.”

Under the New Deal, advocates hope to hire an additional 5,800 faculty members across 25 campuses, and giving raises to adjunct professors already there. It’s a policy that comes with a $542 million price tag.

Additionally, supporters of the bill also want more support staff — both as academic advisors, and for mental health.

That means increasing those numbers by more than 500.

But it’s the organization’s most ambitious resolution to eliminate tuition and fees for undergraduate students that’s the costliest. Lawmakers have put the cost of letting students attend CUNY schools tuition-free at more than $1.1 billion. That’s a big chunk of an overall state budget already over $200 billion.

Yet, if ‘New Deal’ passes, Salas believes the institution’s core services can be revitalized. And if that can happen, it would be a win for everyone across the state.

“I think CUNY could be the vehicle or an incubator in New York,” he said, “where everybody can thrive.”