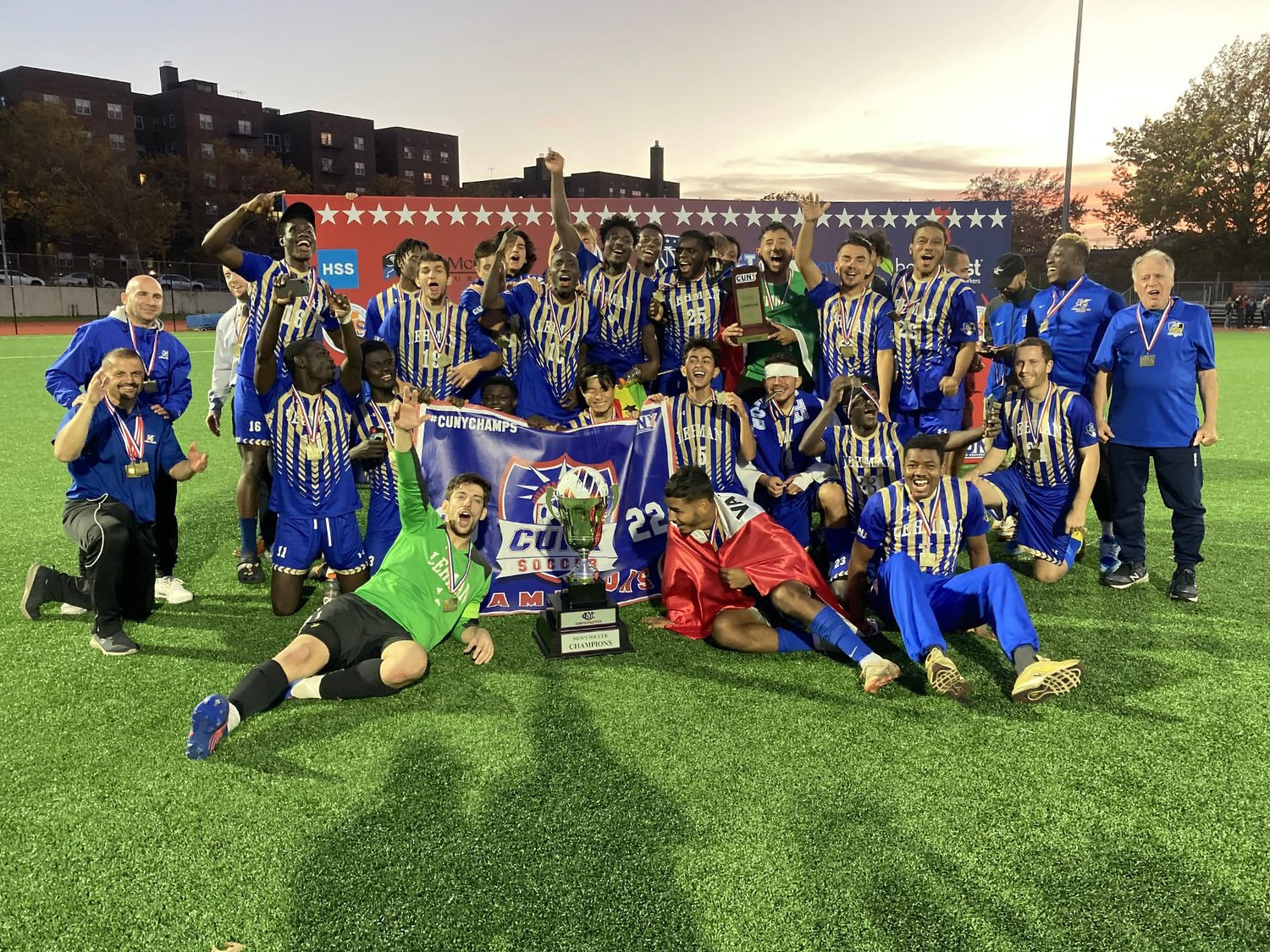 Fresh off a CUNYAC title win over top-seeded Baruch College, the Lehman College men’s soccer team heads to Maryland to face Johns Hopkins in the first round of the NCAA Division III tournament this weekend.

After falling short last season in penalty kicks, No. 2 seed Lehman College avenged its 2021 loss with a 3-1 victory over Baruch College in the 2022 CUNYAC title game Saturday afternoon at Queens College.

Lehman snapped Baruch’s nine-game win streak to capture its first conference trophy since 2017 and fourth in program history. With the win, the Lightning earned the league’s automatic bid to the 2022 NCAA Division III Men’s Soccer championship.

In the championship game, it didn’t take long for the Lightning (10-4-2) to get on the scoreboard, finding the back of the net 3:55 into the match. Phillip Osei, the 2022 CUNYAC Rookie of the Year, ripped a shot from the top of the box after swiping the ball away from a Baruch defender to give the Lightning an early 1-0 advantage.

Alexander Agyemang gave Lehman a 2-0 lead minutes before the end of the first half. Osei slipped a pass past the Bearcats’ back line to Agyemang for a right-footed finish.

With their title hopes on the line, Baruch made it a one-goal game in the 86th minute of regulation, when Frank Shkreli headed in a rebound off a restart from Kosi Mbadiwe for a short-handed goal. The goal for Shkreli was the first of his collegiate career.

It came after the Bearcats were left with only 10 players following the ejection of Jonah Corney.

Lehman shut the door on any comeback, scoring again 28 seconds later, when Mohamed Ali Sogoba played a ball inside the box to CUNYAC All-Star Ebenezer Otoo for a left-footed shot to the far post.

The Lightning held a 19-7 advantage in shots, including a 11-3 margin in shots on frame. In addition, Lehman owned a 5-0 advantage in corner kick opportunities.

Osei was named the championship’s Most Valuable Player for his three-point (1G, 1A) performance in the victory.