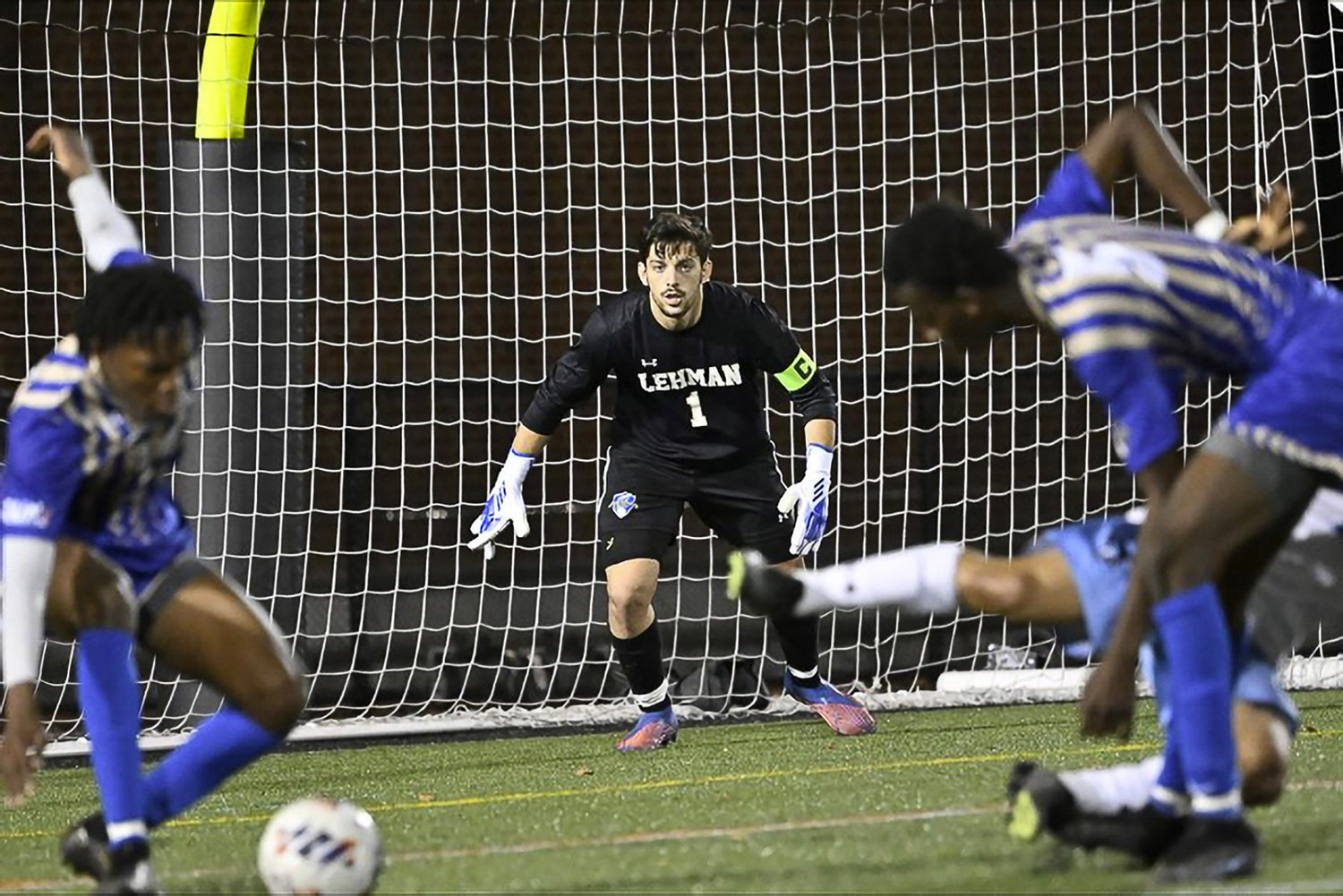 In the first-ever meeting between the two schools, Lehman College fell, 3-0, to Johns Hopkins in the opening round of the NCAA Men’s Soccer Tournament earlier this month.

The Jays got on the board in the 21st minute when they capitalized on a penalty kick converted by Tim Treinen in the Nov. 12 opening round game in Baltimore. Seven minutes from the half, Hopkins doubled their lead as Scotty Coleman beat Lehman goal keeper Demiraldo Grunasi off an assist from Jacob Hammond. Hopkins closed out the scoring in the 88th minute as Jonathan Cui found the back of the net off a feed from Axel Whamond.

Grunasi was busy all night as the senior was credited with seven saves while the Jays outshot the Lightning 22-4 and dominated in time of possession. Offensively, Lehman couldn’t muster a shot a goal and lost the corner kick battle, 8-1. Ebenezer Otoo and Malik Lashley led the Lightning with a pair of shots apiece.

“We played well the first 20 to 25 minutes until the penalty kick,” said coach Toma Gojcevic, who has taken the Lightning to three NCAA tournaments.

“When you get behind against a team like Hopkins, it is extremely difficult to get back in the game.  They play a strong possession based style and you’re constantly chasing the game.”

The Lightning ended their season with a record of 10-5-2. The team qualified for the tournament after it beat Baruch College, 3-1, in the CUNY title game Nov. 5.

Hopkins advanced all the way to the semifinals before losing on penalty kicks to undefeated Stevens Institute of Technology, 5-4. Stevens faces University of Chicago for the NCAA title on Dec. 1 in Salem, Virginia.