DOT report reveals fewer deaths and less speeding wherever these cameras are, despite usage 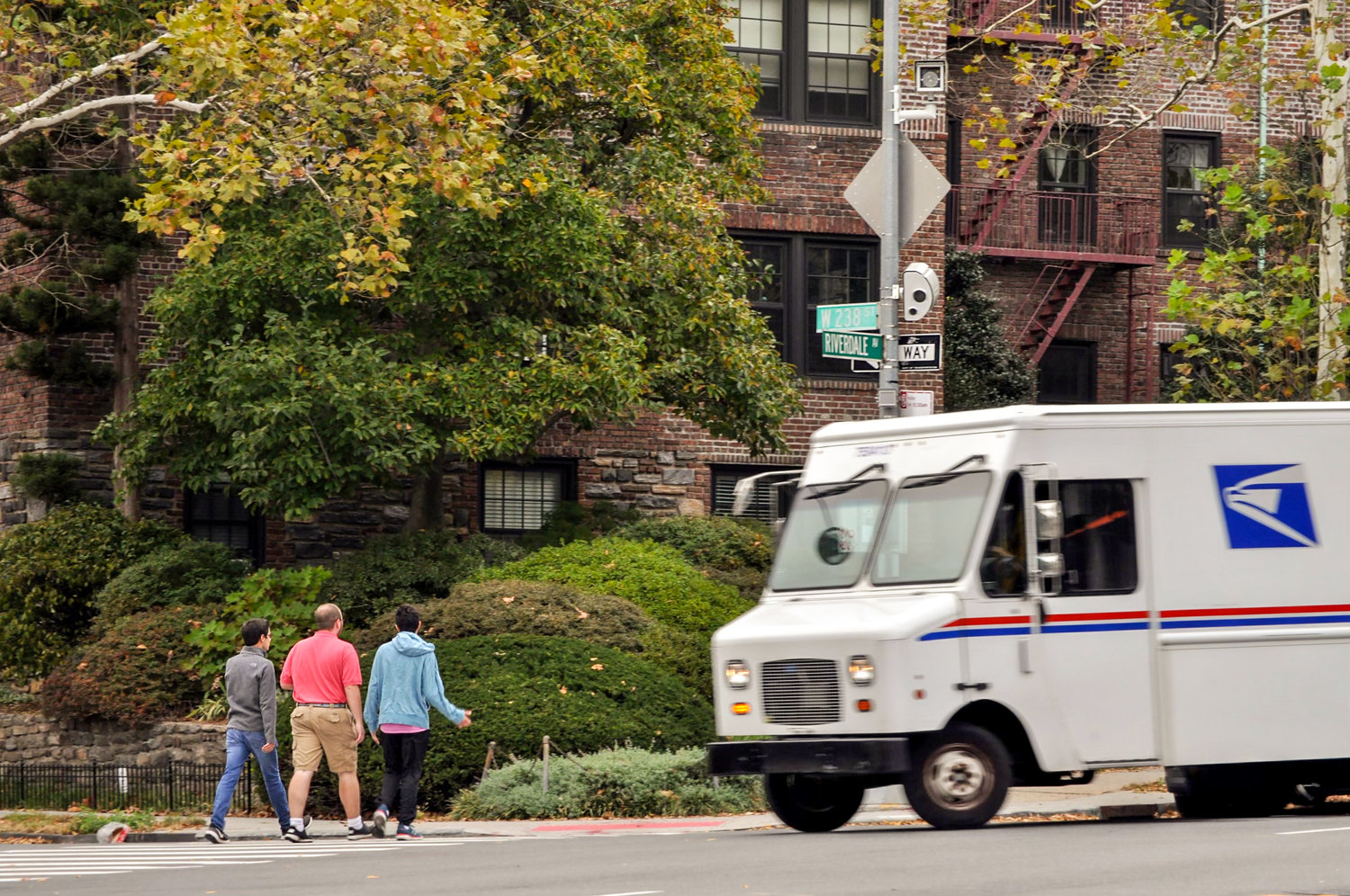 New York City likes its speed cameras, so much so city officials are pushing lawmakers in Albany to keep those cameras — like this one at West 238th Street and Riverdale Avenue — operating not just during class time in hundreds of school zones, but all day and all night.
SARAH BELLE LIN
By SARAH BELLE LIN

Technology is a tool many use to better their lives. But what happens when even those god-like powers of the digital age reveal blind spots?

It’s no secret: Cameras designed to catch motorists speeding simply can’t capture everything. Especially when their work days are limited to only when school is typically in session.

So, the city has set its sights set on flipping on the switch 24/7, and with it renewed hope fast and furious drivers are held accountable, and more importantly, more lives are saved.

Speed cameras first started popping up in nearly two-dozen school zones in 2013. The following year, 120 more zones were added across the city — selected for their relatively higher proclivity to be plagued with speeders and serious crashes involving pedestrians.

Cameras would typically clock and capture the license plate of speeders only on weekdays, between 6 a.m. and 10 p.m. Each are typically located within a quarter-mile from a school, many hidden from the public’s wandering eyes, although signs do warn motorists that such cameras are present.

Penalties from speed cameras are quite different from citations issued by a uniformed police officer. While fines could range between $90 and $600 — with an $88 state surcharge on top of it — police-issued tickets are considered moving violations, can cost you more in fines upfront, and threaten your driver’s license if you accumulate too many infractions in a short period of time.

Drivers are issued speeding tickets only when they drive 10 mph above the posted speed limit.

Still, speed camera advocates say they are strong deterrents to speeding and other reckless driving in those neighborhoods. At least when they’re turned on.

This part of the Bronx already has a number of cameras, thanks to long-standing support for the program from Assemblyman Jeffrey Dinowitz and former city councilman Andrew Cohen. Cameras already exist at West 256th Street and Riverdale Avenue as well as just two blocks away at West 258th Street.

In fact, the city’s transportation department says there are more than 1,600 cameras in the school speed zones across the five boroughs already. And there are plans  to add dozens more each month until 2,220 are in operation by as early as next year.

But are the cameras actually helping?

DOT says yes. At least as of last December, where officials there have found speeding in areas where fixed cameras exist dropping an average of more than 70 percent.

Areas without speed cameras ended with accidents resulting in 138 deaths and 44,220 injuries during the 2019 study period. On the other hand, areas with speed cameras experienced just 40 fatalities and just under 12,000 injuries.

Some of the more dramatic results took place on two of the Bronx’s major thoroughfares — Gun Hill Road and the Grand Concourse. There, speeding violations dropped between 85 and 89 percent where speed cameras exist.

“That’s huge, if it works,” said Dale Wolff, a local advocate for safer streets.  “If a lot of problems occur at night, then having (cameras) 24/7 is a worthwhile endeavor for a trial period for a few months to a year. If it turns out they’re not catching anybody, then it could be a waste.”

Yet, if it happens, it will need some help from lawmakers in Albany. Like, say, Brooklyn state Sen. Andrew Gounardes and Lower Manhattan Assemblywoman Deborah Glick, who have companion bills in both chambers to keep speed cameras in operation around the clock, and even escalating fines for vehicles proven to be driven by habitual speeders.

Councilman Eric Dinowitz says he’s behind keeping speed cameras on all the time, citing how traffic fatalities between the overnight hours of 9 p.m. and 6 a.m., have been nearly cut in half so far this year.

“It is also important to recognize that the danger of speeding exists outside of school speed zones,” the councilman said, in a statement. “Older adults have the highest traffic-related fatality rate compared with any other age group.”

Dinowitz suggested speed cameras be installed near senior citizen centers and retirement communities like Knolls Crescent where there is a greater chance of pedestrians getting injured or even killed.

Wolff points out one other key difference between a camera and a cop issuing speeding tickets often overlooked: Captured images don’t show who a driver is.

“So you ticket the car, but the driver might not be the owner of the car,” she said.

“That’s my problem with speed cameras. But if they’ve been shown to work, then my argument is moot.”

Cameras are just one means to an end when it comes to DOT’s efforts to curb speed-related traffic accidents, injuries and death. The department also relies on traffic calming measures like speed bumps and signal reprogramming, as well as focused enforcement efforts from the New York Police Department.

“The speed bumps slow me down, but the drag racers don’t care,” Wolff said.

It’s worst, in her eyes, around Kappock Street and Johnson Avenue in Spuyten Duyvil.

“Constant traffic there — cars, buses and trucks,” Wolff said about the neighborhood. “We’ve stood at various corners and watched people go through stop signs. There (are) no traffic lights there.”