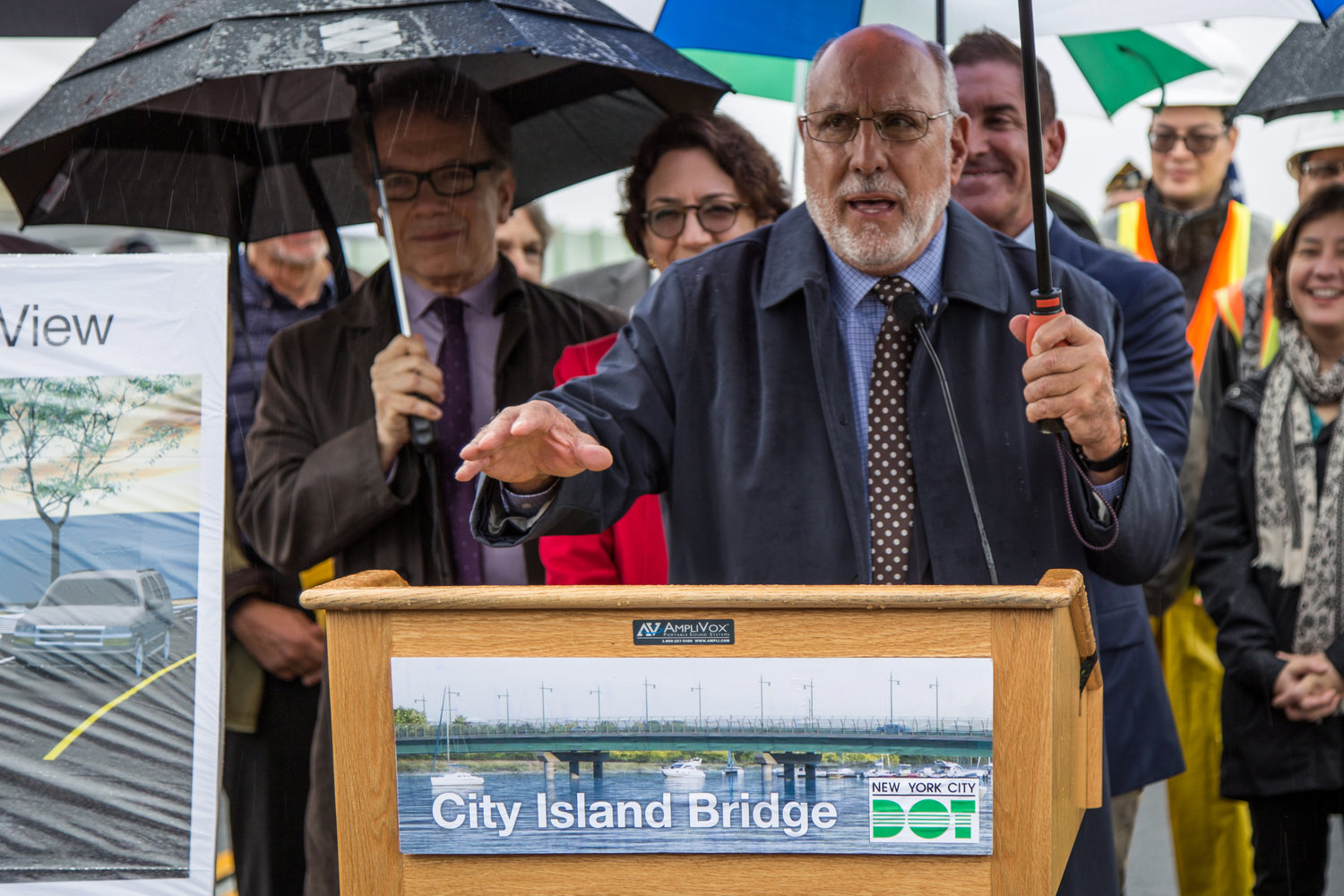 Depending on who the next mayor is, they might call for the repeal of state laws like the Hecht-Calandra Act, which established the specialized high school admissions test. And Assembly education chair Michael Benedetto intends to support them in that endeavor, believing there shouldn’t be state involvement on a policy that only affects the city.
HIRAM ALEJANDRO DURÁN 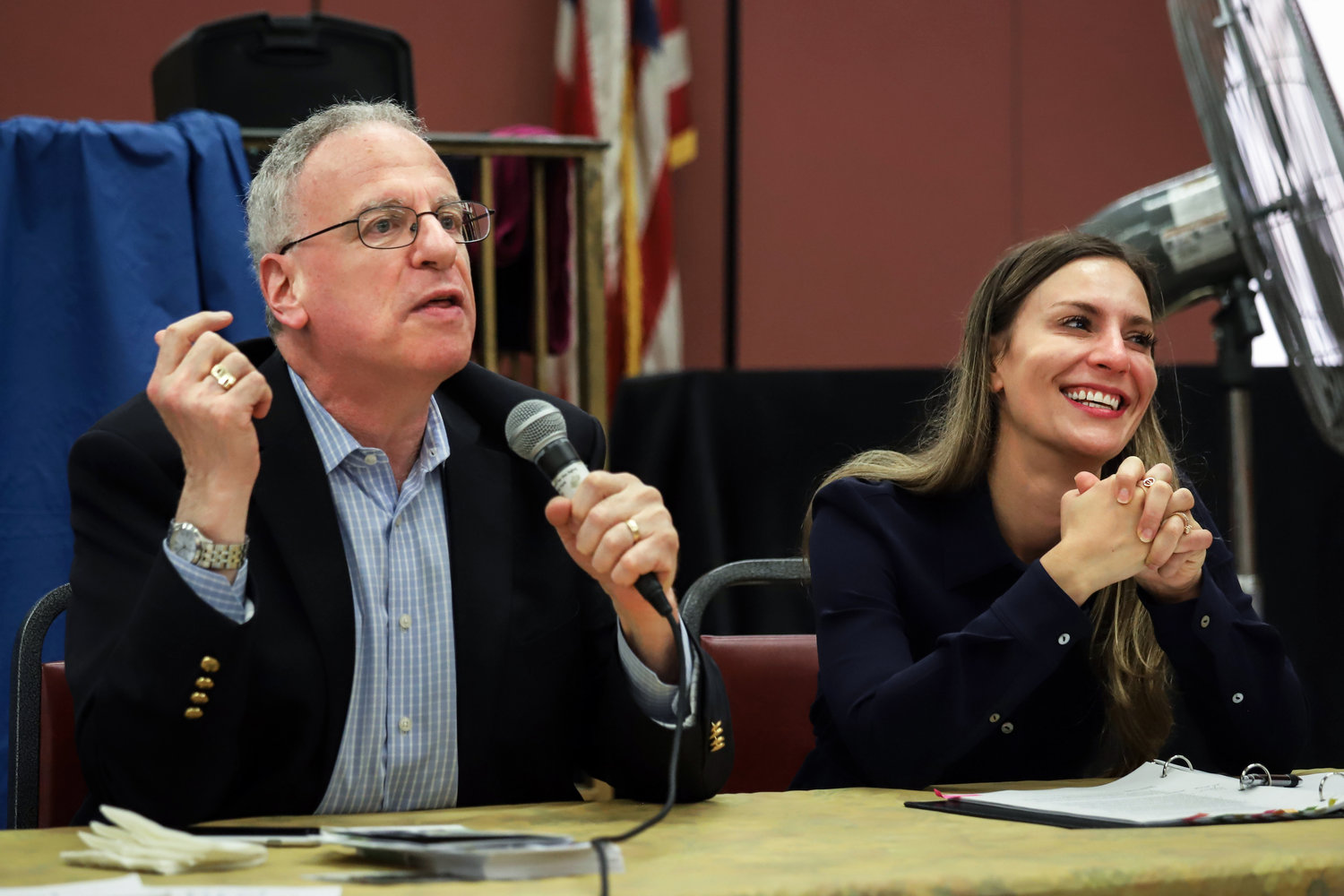 A specialized high school graduate himself, Assemblyman Jeffrey Dinowitz doesn’t think repealing the Hecht-Calandra Act — which established the controversial specialized high school admissions test standard 50 years ago — is the best move for the city’s next mayor. However, he does see some issues with the SHSAT process, especially where offers to Black and Latino students are concerned.
HIRAM ALEJANDRO DURÁN/ File
Previous Next
By ROSE BRENNAN

In addition to all of the other responsibilities that come with the job, New York City’s next mayor will take the reins of the nation’s largest public school system. And that’s nothing to sneeze at, as 1.1 million students depend on the education they get there.

Although a chancellor essentially leads the public schools, it’s the mayor who has final say over all educational policies and procedures. Except for one aspect that is mysteriously not in control of the mayor, but instead state lawmakers in Albany.

It was those very legislators who passed the Hecht-Calandra Act in 1971, mandating the Specialized High School Admissions Test — more commonly known as the SHSAT — be the sole factor determining whether a student can join eight of the city’s nine specialized high schools, like the Bronx High School of Science and the High School of American Studies.

It’s a law that has become quite controversial over the years, with many blaming it for the racial disparities in these specialized schools.

Because Hecht-Calandra is a state law, there isn’t much a prospective mayor can do to repeal it on their own. But one thing they can do is make their position on its repeal clear to today’s state lawmakers.

Still, it’s no easy task for a law to be repealed by both the state senate and Assembly. And if there’s no support among those lawmakers, any effort to repeal Hecht-Calandra could be dead in the water regardless of who the new mayor is.

One of those legislators not budging is Assemblyman Jeffrey Dinowitz. Although he attended and graduated from Bronx Science before Hecht-Calandra was put into place, he nevertheless still took the SHSAT to be admitted into the school’s 10th grade. And Dinowitz thinks students who want to attend specialized high schools should still need to take the same test he did so many years before.

“It is extremely troubling, the skewed demographics in the specialized high schools,” Dinowitz said. “That is a problem. I think we all recognize that is something that should not be. But I don’t think that’s the fault of the test.”

But repealing Hecht-Calandra isn’t the way to remedy the situation, Dinowitz said, as the test is the only way to make admission into specialized high schools truly objective. To him, other factors like middle school grades and recommendation letters could potentially be falsified, while it’s not particularly as easy to falsify a test score.

“The reason why I think that’s problematic is because once the admission criteria (are) no longer objective, then it’s subject to political influence and other kinds of pressures that shouldn’t be,” Dinowitz said. “It’s true that there’s more to a student than a test — there’s no question about that. But anybody can write a letter and get a letter of recommendation from somebody. So what does that really mean?”

But some in the Assembly think differently. Like Michael Benedetto. Before he took over as chair of the Assembly’s education committee, Benedetto spent more than 30 years as a teacher. And he believes Hecht-Calandra must go.

It’s a sentiment, Benedetto added, shared by many not just in the city, but in Albany as well.

“A lot of people would just like to do away with these tests and have the admissions to these high schools be based on whatever criteria the city of New York and the educational leaders say they should be,” Benedetto said. “And then, doing it this way, you might have a better composition of the members of the school, as it’s the problem that we have here in the city of New York.”

A law like Hecht-Calandra still being on the books doesn’t make sense, Benedetto said, because it’s a state law that targets the school admissions policy in just a single city. Instead, decisions as important as this one should be made at the city level.

“To the best of my knowledge, at least, there is no other city municipality in the state of New York that looks to the state government to say what their admissions policies should be,” Benedetto said.  “Why should the city of New York have this one provision? These qualified educators that we have running our system … they are fully qualified to come up with a means of admittance to these high schools that will keep the quality of the high schools and (get) the reputation of fine, quality education to continue.”

Repealing Hecht-Calandra is no easy feat, Benedetto admits, however.  But to him, it’s worth it if it means giving more students a chance to attend some of the city’s more prestigious public high schools.

“To repeal Hecht-Calandra, there’s a lot of political forces at play here within the city of New York,” Benedetto said. “That’s not the easiest thing to do. I understand that. And we will just endeavor to … advance that type of bill and get people who will favor it.

“It’s a very complicated situation, but we will try.”