Lora not ready to give up, but hopes dim

Dinowitz’s opponents are mostly accepting defeat, and say counting will go his way 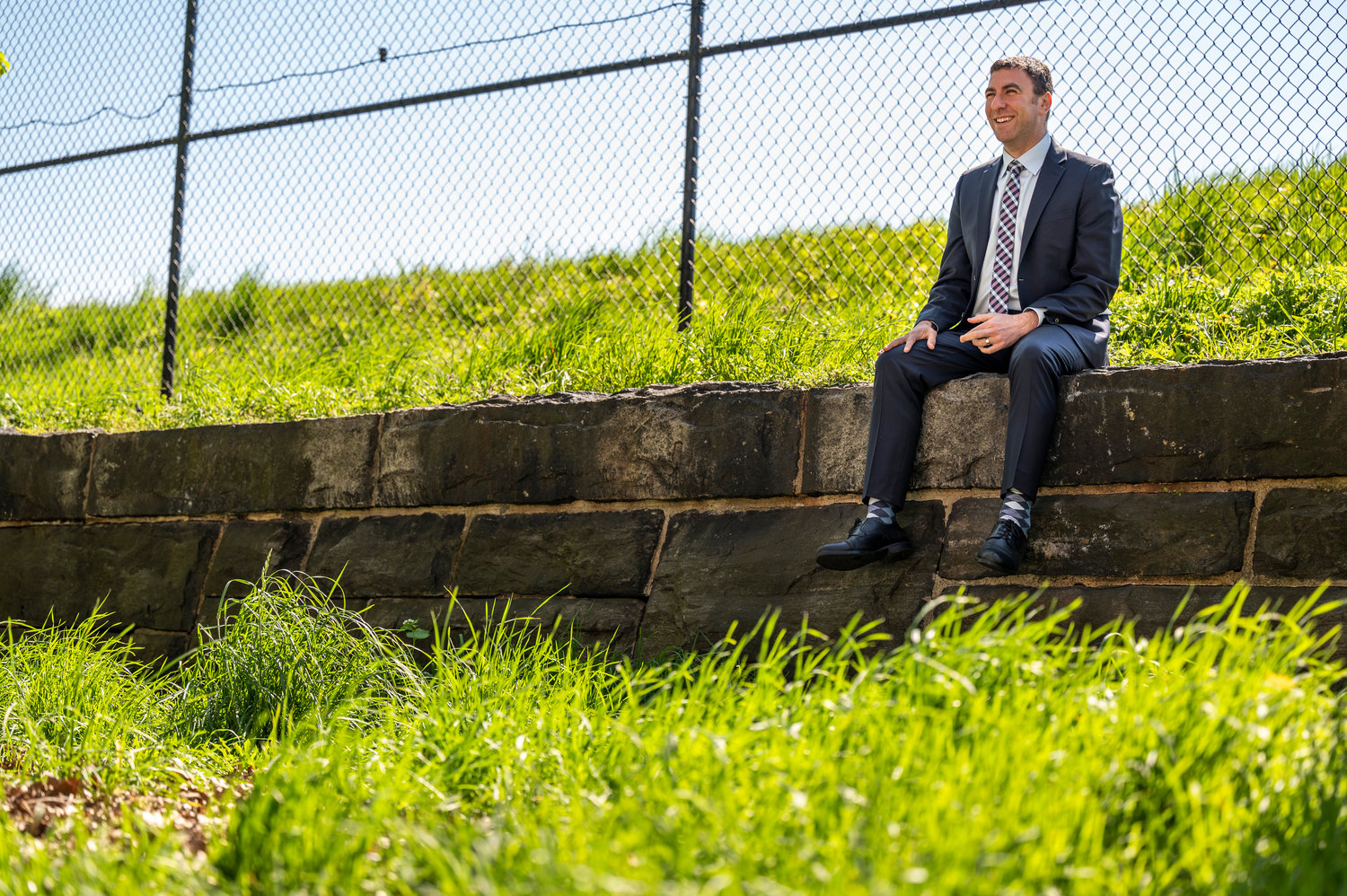 It looks as if Councilman Eric Dinowitz will likely keep his seat after last month’s Democratic primary election after coming away with 42 percent of first-round, first-choice votes. For the second time in just a few months, Dinowitz defeated several challengers vying to replace him, after winning a March special election to succeed Andrew Cohen.
HIRAM ALEJANDRO DURÃN/ File 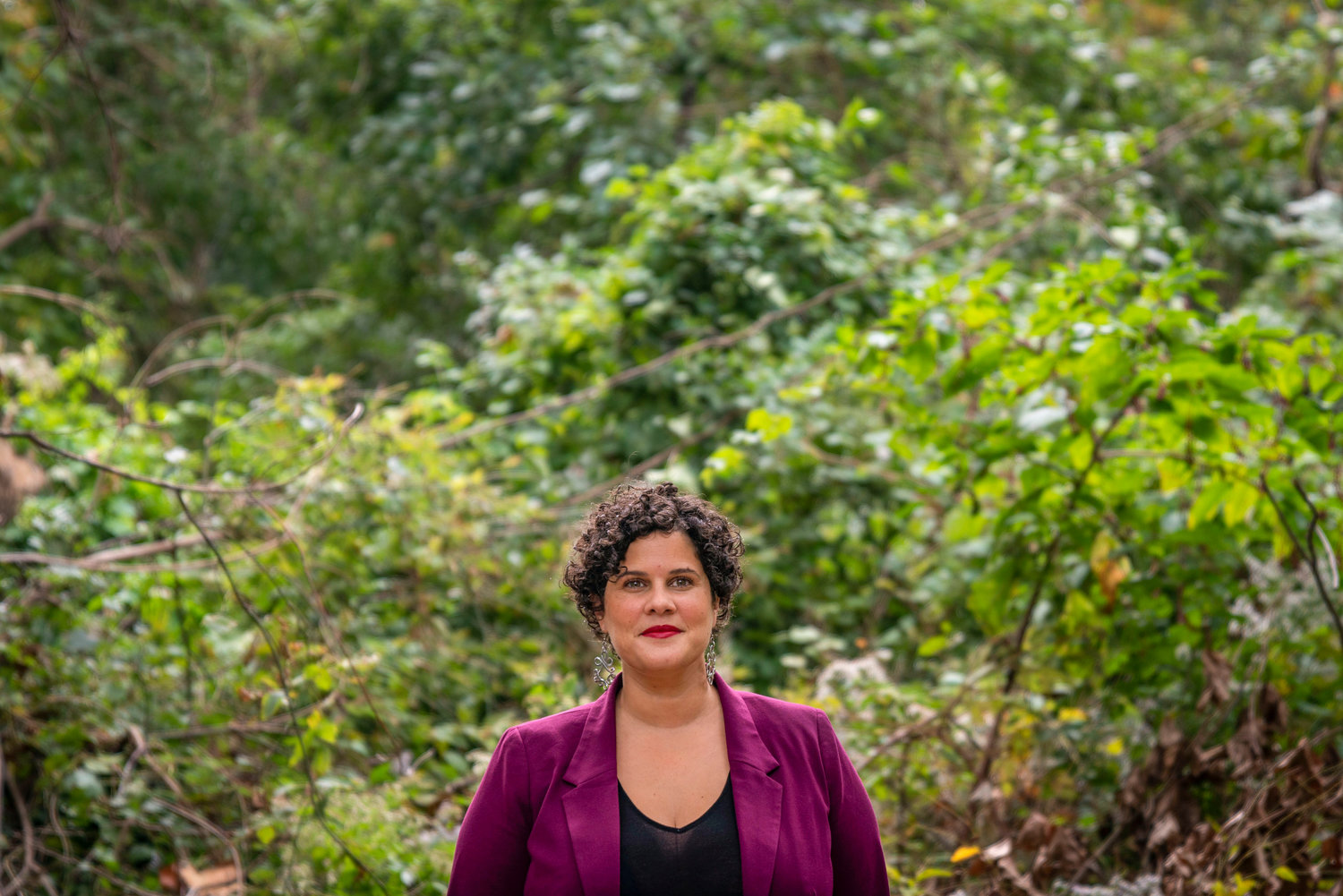 Just like in a March special election, non-profit executive Mino Lora is set to finish second to incumbent councilman Eric Dinowitz, picking up 27 percent of the first-round vote on June 22 compared to 42 percent from Dinowitz. Lora still has a slim chance to overtake the councilman in the ranked-choice counting process, but she would need an overwhelming number of ballots to go her way for that to become a reality.
HIRAM ALEJANDRO DURÁN/ File 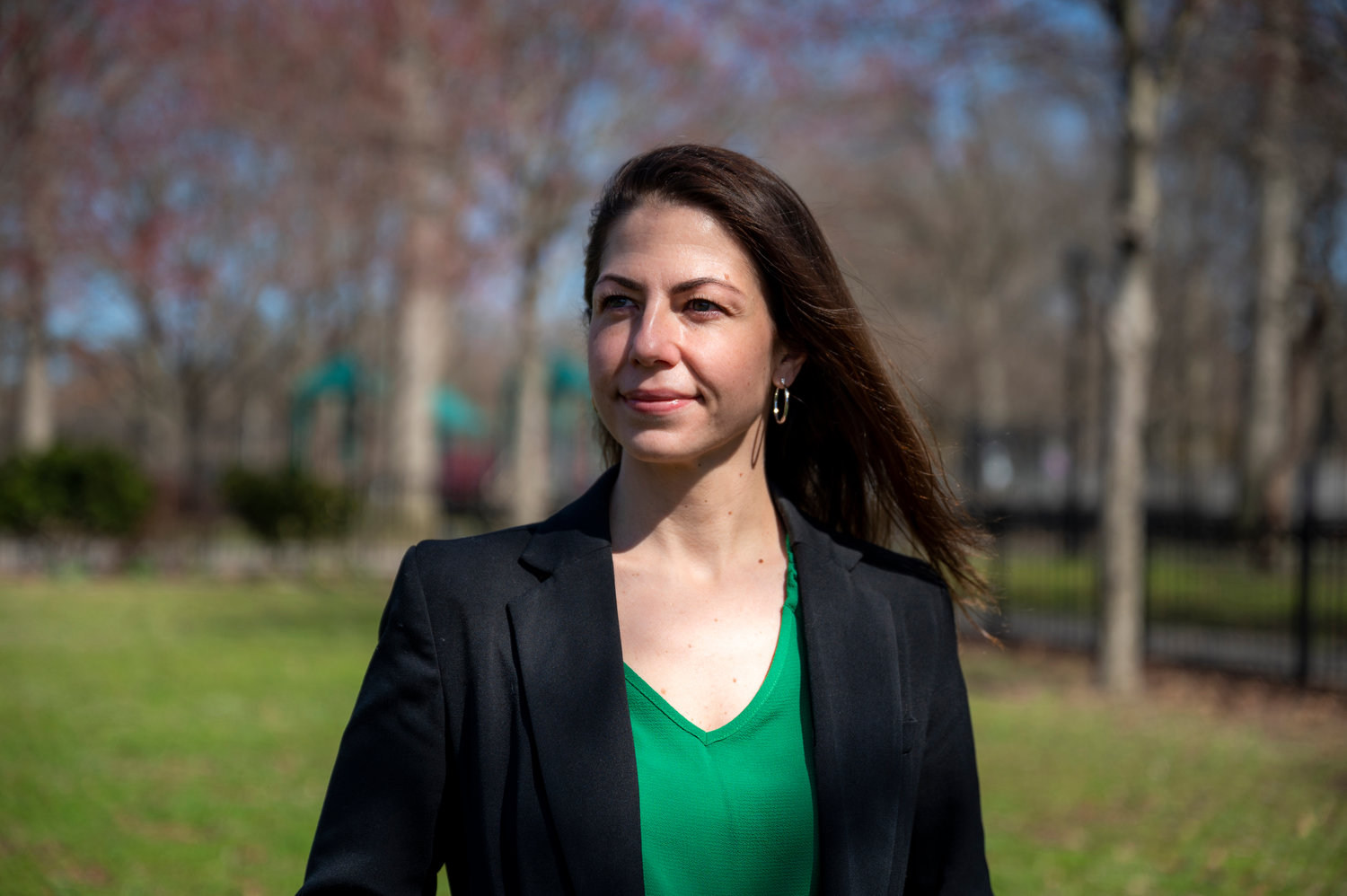 After not participating in the March special election to replace Councilman Andrew Cohen, social worker Abigail Martin finished third in last month’s Democratic primary. Martin, who mathematically has no chance of winning even in the ranked-choice contest, believes Councilman Eric Dinowitz will likely maintain his lead and continue as the district’s representative in City Hall for the next two years.
HIRAM ALEJANDRO DURÁN/ File 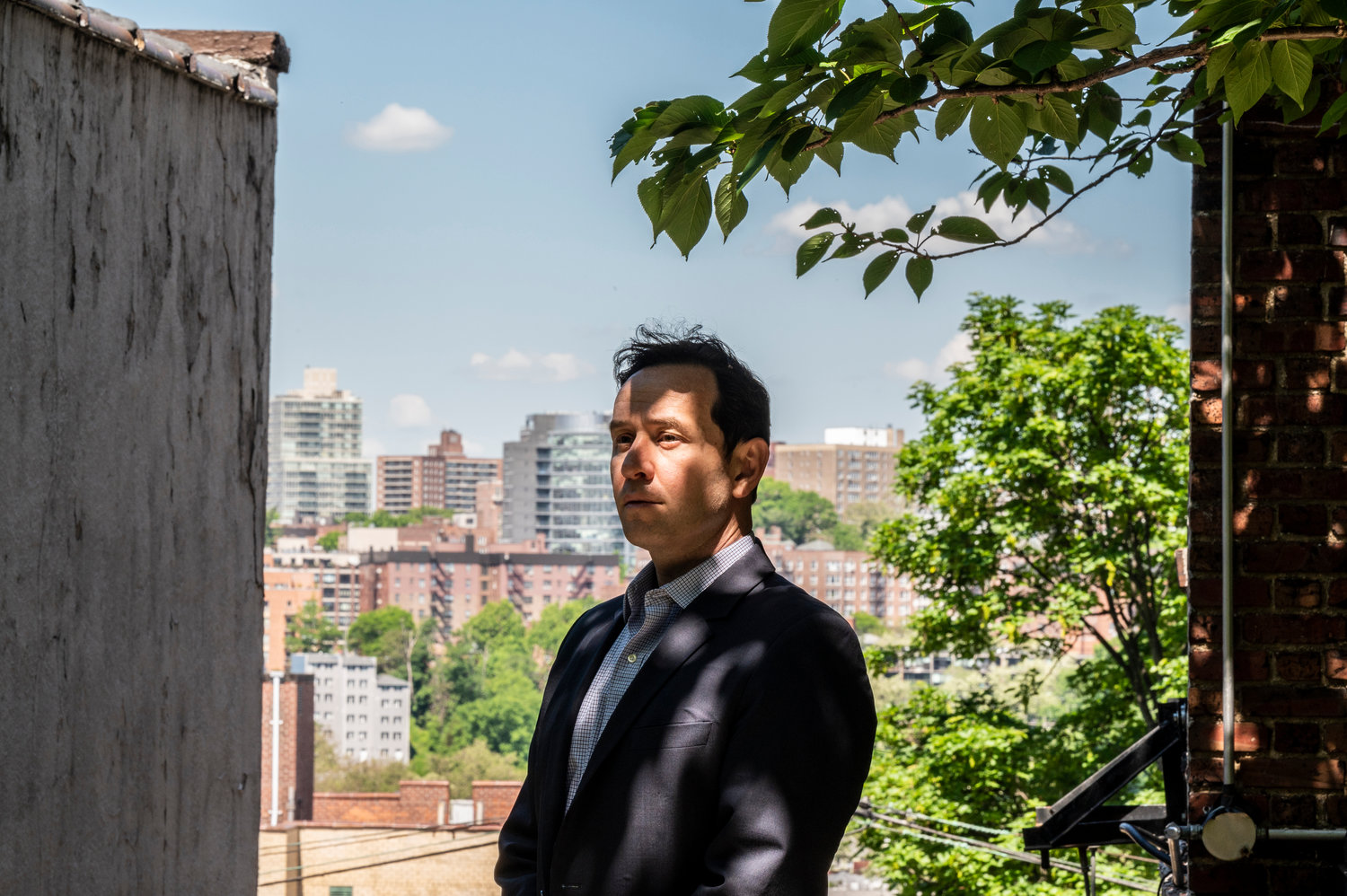 Kingsbridge Heights attorney Dan Padernacht has run to represent this corner of the Bronx on the city council for the past three years, but placed fourth in both a March special election and last month’s June primary for the seat. Padernacht says he believes Councilman Eric Dinowitz will likely retain his seat for the next two years, and is willing to work with him to help improve the council district.
HIRAM ALEJANDRO DURÁN/ File 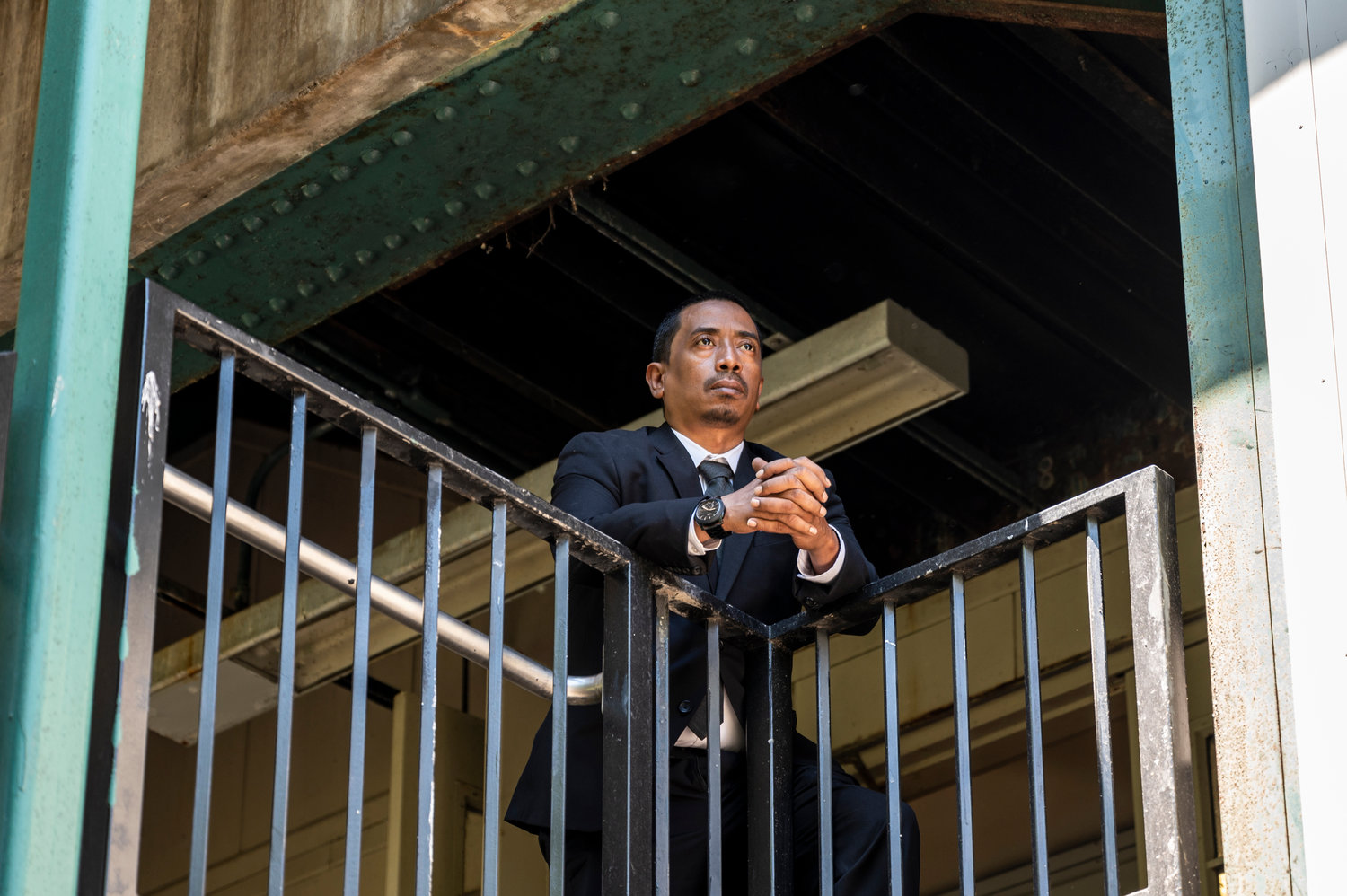 Political activist Marcos Sierra placed fifth in last month’s Democratic primary election to represent this corner of the Bronx after not participating in a March special election won by Councilman Eric Dinowitz. Sierra often criticized Dinowitz and his other competitors from west of the Jerome Park Reservoir for not properly representing the district’s low-income communities of color.
HIRAM ALEJANDRO DURÁN/ File 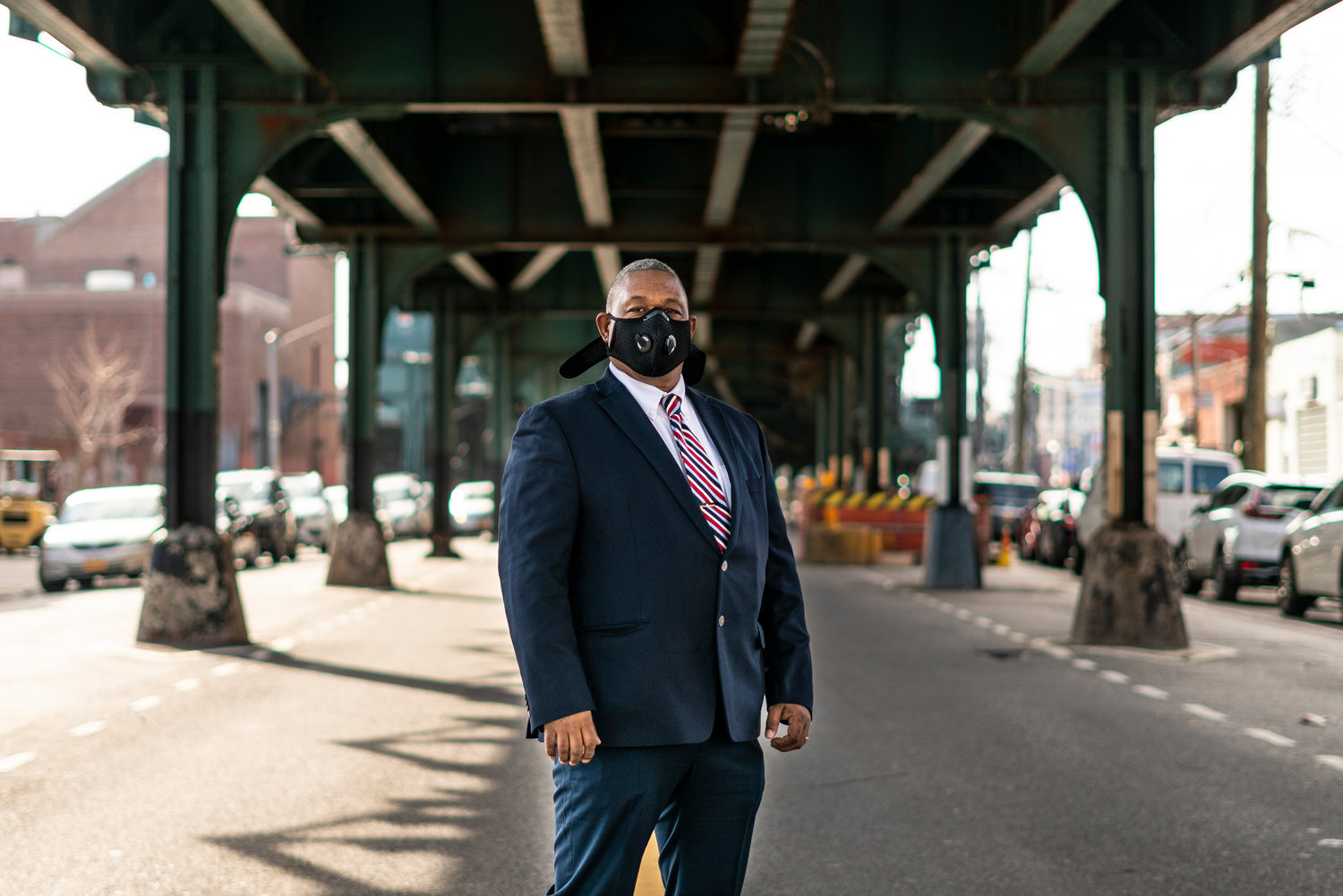 Retired New York Police Department detective Carlton Berkley placed last in last month’s Democratic primary to represent this part of the Bronx on the city council — nearly identical to how he performed in a March special election. This time around, Berkley said he wasn’t campaigning very hard because he didn’t think any candidate who lives outside of Riverdale had any chance of winning.
HIRAM ALEJANDRO DURÁN/ File
Previous Next
By ETHAN STARK-MILLER

Eric Dinowitz — who won a March special election to claim the city council seat first — once again led the first round of a ranked-choice contest, garnering 42 percent of the first-choice vote. That was a near repeat of the first-round results last spring, which ultimately led to his victory.

That means Dinowitz — still relatively new to City Hall — is expected to retain his current seat for the next two years.

The son of Assemblyman Jeffrey Dinowitz must wait to find out because he didn’t win outright June 22 by breaking 50 percent. Now it will come down to how voters backing the other candidates ranked those remaining on the ballot. As long as three-of-four of them don’t vote for Dinowitz’s top challenger, the councilman should easily keep his seat.

While the final results aren’t expected for at least another week, Dinowitz said he himself feels pretty confident his lead will hold.

“Of course, we wait for every absentee ballot to come in,” Dinowitz said. We “wait for the rankings to occur. But this mirrors what happened in the special. I got a good chunk, obviously the most first-place ballot votes. We have the most votes in virtually every neighborhood. And so, our broad and diverse coalition held from the special through the primary.”

Additionally, Dinowitz believes his short time in office was enough to prove he can get results for the community in City Hall.

“I wasn’t in office that long, but in those short two months, we were able to accomplish a lot for the community,” Dinowitz said. “And I look forward to continuing to make sure that our voices here in the Bronx are heard.”

During the primary race, Dinowitz touted several bills passed by the council since the March special election. Although the former schoolteacher signed on to co-sponsor some of those bills, most if not all were introduced before his election.

With so many of the first-round votes going to Dinowitz, the only candidate who stands a chance of overtaking him is Spuyten Duyvil non-profit executive Mino Lora — who received 27 percent of first-choice votes. There are 2,000 votes separating Lora and Dinowitz — which is an unlikely, if not impossible, mountain for her climb.

Still, Lora hasn’t given up hope as they wait for the rest of the counting.

“We definitely saw how ranked-choice ended up in the special, right?” Lora asked. “Whoever was leading kept going. Now, the thing is we really don’t know. There are cases where the second person ends up becoming the first.”

But no matter what happens, Lora said she’s proud of her campaign and the relationships she built throughout the district during both her special election and primary runs.

“What I’m taking with me, no matter the results, is the demand for systemic change and the need for representation of every kind in our district,” Lora said. “And people — strangers — came to me and were like, ‘I feel seen and heard for the first time in my life.’ And I definitely was brought to tears so many times on election day specifically, because I was told this so often. That’s democracy. And that’s powerful.”

While attacks are typically directed at an incumbent in a race like this, those trailing Lora chose to primary target her instead — specifically real estate attorney Dan Padernacht, social worker Abigail Martin, and political activist Marcos Sierra. They accused Lora of supporting the Independent Democratic Conference, the breakaway group of state senate Democrats who caucused with Republicans, as well as the city’s plan to rezone parts of Manhattan’s Inwood neighborhood.

“I was the only woman of color in the race, the only immigrant in the race, and the only progressive,” she said. “So, I think there were things about all of these things that may be threatening to others and the status quo. But I do think, that at the end, it supported Dinowitz.”

It would have made more sense, Lora said, if all of the candidates joined forces in attacking Dinowitz over the influence of his father and the Bronx Democratic Party machine that supported the Dinowitz campaign.

“We definitely disagreed on issues, but there were things that united us, and it was misdirected,” Lora said. “We should have consolidated to help end the cycle of (this) one family.”

Martin, who finished third with 14 percent of the first-choice vote, said her campaign wasn’t terribly surprised by the outcome, but still hoped for better results.

“We anticipate that a lot of the mail-in ballots will go to Dinowitz, and then we’ll see how the ranked-choice goes from there,” Martin said. “But I don’t think the end result is going to be that much different in the rankings. I think Eric is going to win. I mean, mathematically, it would be very challenging for anyone else to win.”

Padernacht agrees, believing of the remaining ballot, more people ranked Dinowitz above Lora than the other way around.

“It’s pretty clear to me that Eric will have the votes to win the Democratic primary,” Padernacht said. “The numbers are there. I believe Eric will get most of the number twos and threes from the other candidates in the race — including myself.”

Before primary day, several of Dinowitz’s opponents insisted that — with elections happening citywide — voter turnout would be much higher in the primary than it was in the special. That turned out to be true. But not by much.

Martin blames the lower-than-expected turnout on confusion over ranked-choice voting and the multitude of races on the ballot. It also was rainy on June 22. However, turnout was not that far off from the last time there was a contested primary for the council seat in 2013 — when there was no ranked-choice voting, and weather was a sunny 86 degrees.

After three years of running for this seat, Dinowitz said he’s glad to finally be done with campaigning.

“I mean, on my part, I can focus 100 percent on council work,” Dinowitz said. “Just knowing that there’s no looming date, that (in the) evening you can still do council work and it’s not election time, is good.”