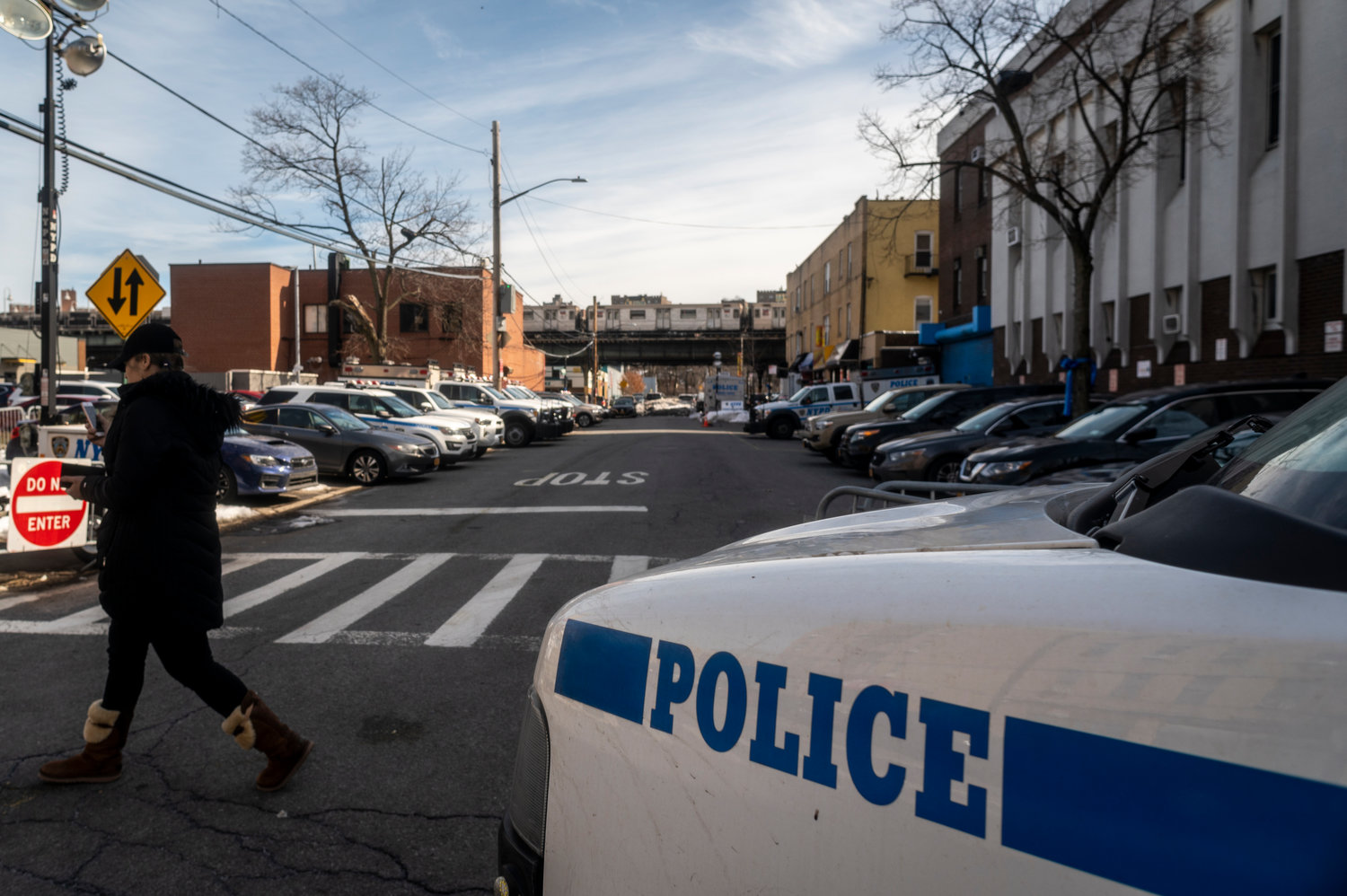 Although protests last summer now seem like ages ago, the New York Police Department could still face some serious funding questions in the near future, especially as the city council begins to welcome new, more progressive faces.
HIRAM ALEJANDRO DURÃN 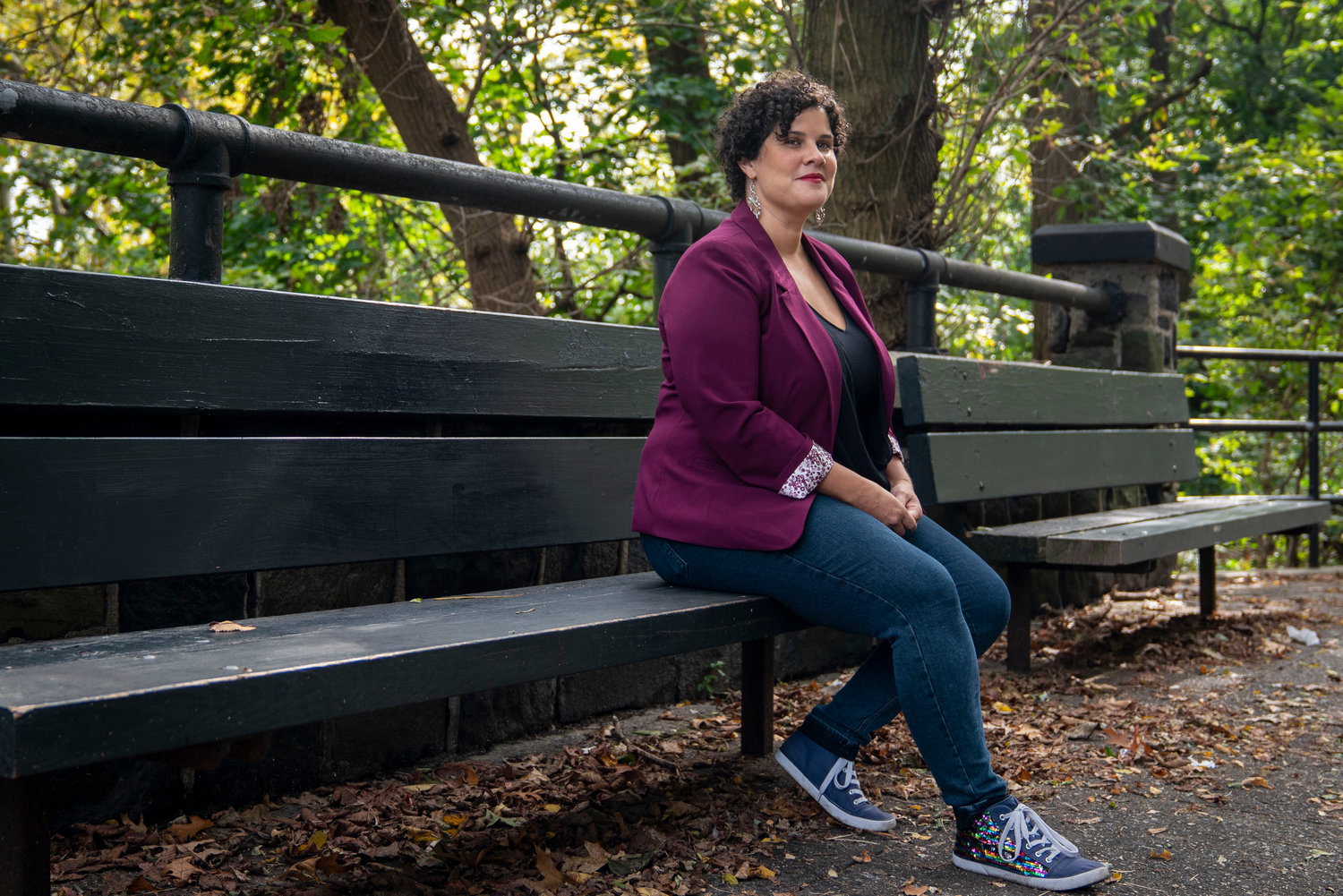 Mino Lora is answering questions about a tweet she made last August calling to abolish the police — a statement she said was made out of anger in the wake of the alleged police killing of George Floyd in Minneapolis. Lora, who is running in the March 23 special election for city council, says she wants to rethink some police funding, but is not target to rid the city of the NYPD.
HIRAM ALEJANDRO DURÁN/ File

Mino Lora says she was angry last August when she tweeted ‘abolish the police’ along with an expletive while many were still protesting what they called systemic racism in city police departments. The city council candidate deleted the tweet hours after a reporter surfaced it. 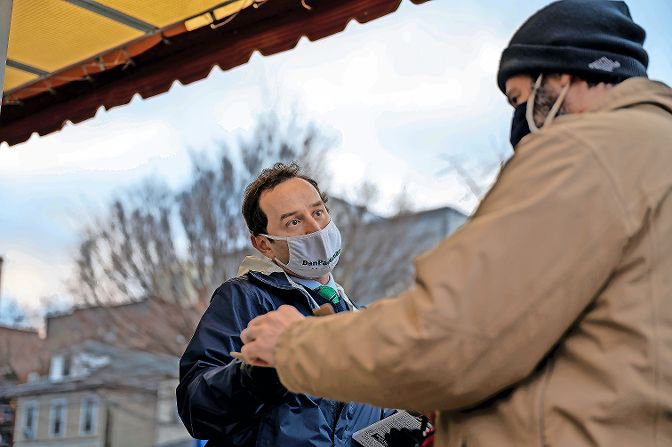 Dan Padernacht says a tweet from one of his challengers in the March 23 city council special election, Mino Lora, is not ‘just counterproductive, but dangerous.’ Lora called to abolish the police on social media last August, but has since softened that stance as she seeks to succeed Andrew Cohen on the city council.
HIRAM ALEJANDRO DURÃN/ File
Previous Next

‘This summer, I was hurt. We were seeing the injustices over and over, and videos of people being killed in front of our eyes. Of children being handcuffed to hot pavements. Twitter was me lashing in that anger.’”
Mino Lora
By MICHAEL HINMAN

Mino Lora was angry. And last summer, she was hardly alone.

On May 25, George Floyd lost his life under the knee of a Minneapolis police officer, and pandemic or no pandemic, the nation’s streets exploded with protests, returning the Black Lives Matter movement and its calls to end what it described as systemic racism inside law enforcement.

Many cities, including New York, were under curfew lockdown because of violence and looting that erupted near some of the protests. Even two months later, much of that anger had yet to subside, shared not just on the streets, but in social media.

Lora would close the tweet sharing how “over and over, police show us how Black people are treated without the respect or dignity they deserve.” But it would be a sentence right before that from regular citizen Mino Lora that would haunt future city council candidate Mino Lora: “f-(expletive) the police.”

“This summer, I was hurt,” Lora told The Riverdale Press, after deleting the tweet from her feed. “We were seeing the injustices over and over, and videos of people being killed in front of our eyes. Of children being handcuffed to hot pavements. Twitter was me lashing in that anger, but my stand has been the same.”

That stand, she says, is not to abolish the police as she cries in that tweet, but instead to “defund” police — a term Lora believes has been misinterpreted by those unwilling to make wholesale changes to how law enforcement works in the United States.

“It’s to make sure they can focus on preventing and solving violent crime,” Lora said. “And right now, they have too much responsibility. When it comes to mental health, when it comes to school safety, when it comes to homeless outreach, we need health care workers and social workers and educators to be handling these instances, because enough. Enough with that.”

On her campaign website, Lora claims some $500 million was spent in police misconduct claims over the last three years in New York City alone.

Her position is to shift some of those millions away from the New York Police Department instead into social programs.

That way, street officers aren’t forced to wear so many hats when dealing with various issues they confront in the city, and instead allowing them to focus more on catching criminals and keeping neighborhoods safe.

One of the five other candidates challenging Lora in the March 23 special election, however, says she hasn’t remained consistent on her NYPD stance, and her ideas could ultimately do more harm than good in efforts to reform the police department.

“We have seen gross injustices by police across our nation. We know that there are problems with the NYPD regarding sensitivity to diverse populations and a lack of transparency on police disciplinary practices,” Dan Padernacht said, in an email response. “However, to address these, we must have a real conversation that includes the NYPD’s perspective and input. That cannot begin with expletives hurled at people who put their lives on the line for us each day.”

Gov. Andrew Cuomo has challenged all municipalities in the state to develop police reforms by the beginning of April.

The candidate who ultimately succeeds Andrew Cohen onto the city council will likely have little, if any, input in that reform. Still, Padernacht says $9 out of every $10 spent by the NYPD goes toward personnel.

“Ms. Lora should specify which personnel should be cut,” he said, “and from which neighborhoods.”

Partnering with Lora in the special election is Fieldston environmental activist Jessica Haller — a move designed to lock in voters’ first two choices on a ranked-choice ballot. While the two have found common ground on many campaign initiatives, the NYPD is one where the two are not completely aligned.

“No city agency is perfect, including the NYPD,” Haller told The Press in an email. “But I deeply respect their work in our area. While I support innovative policy solutions to improve the relationship between our communities and the police department … I view calls to ‘defund the police’ as slogans rather than viable policy solutions.”

Still, however, Haller says she shares Lora’s position on funding the police — shifting responsibilities when necessary to mental health professionals, curbing the purchase of military equipment, and “deeper accountability.”

But Kevin Pazmino, a conservative voice who jumped into the special election race just last month, claims many of his opponents are simply reacting to individual events before they have all the facts. That, he says, threatens the safety he says law enforcement brings to communities.

“I believe elected officials need to handle tragedies case-by-case and abstain from commenting until all the facts are known so that they do not exasperate an already sensitive situation,” Pazmino said. “I absolutely condemn the small group of bad cops. After speaking with members in law enforcement, it is my understanding that nobody hates a bad cop as much as a good cop.”

Lora, however, says she hopes voters won’t judge her just on the now-deleted tweet. At least not without understanding the full context first.

“One of the things that I did with that pain that summer was I organized the children’s march, and I decided to run for office,” Lora said. “I know that that’s where we can create systemic change to the abuse, to the lack of accountability.”

“The race is not on Twitter. The race is about real issues, and that’s what I stand for.”