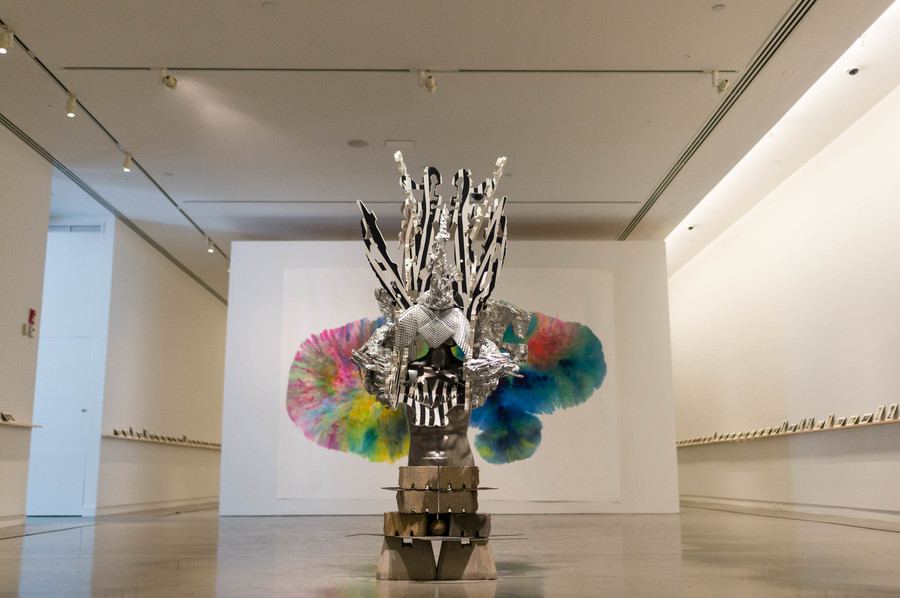 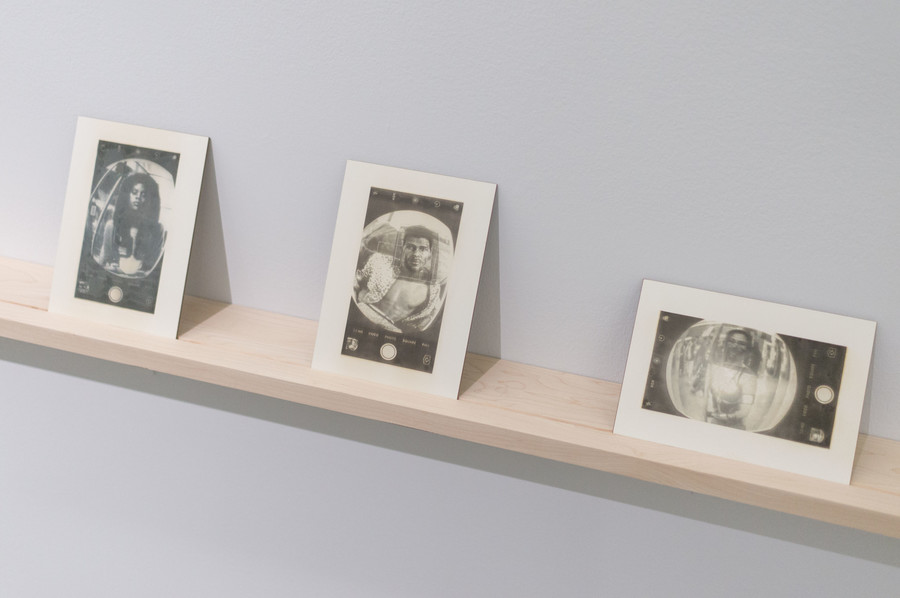 Ignacio Gonzalez-Lang's "Antisocial" is a series of collages that that overlays police sketches on portraits from Instagram to take a critical look at perception and bias.
Julius Constantine Motal
Previous Next
By Tiffany Moustakas

A few months ago, Sofía Hernández Chong Cuy watched students visiting the Bronx Museum of the Arts study a large drawing of a border fence.

The fence was part of a new exhibition at the museum Cuy is curating. But what surprised her was the students wondering aloud if the fence was separating the Bronx with Manhattan. It was then Cuy realized a large-scale exhibition can draw out local social issues she never even considered before.

“To notice that these children (were) speaking about the divisions that they’ve experienced or feel that exists between one borough and the other, to me, was actually quite an impact,” she said. “How can other works of art that they will come to experience be able to allow them to think beyond that imaginary border that they feel exists?”

These exhibitions, Cuy realized, have to deal with issues affecting people on a daily basis within the Bronx itself.

The wall these students viewed was “Sanctuary,” a small show that was part of the Cuy’s year-long, three-part exhibition, “Neighbors.” The third installation of the series, “Love Thy Neighbor,” is on display at the Bronx Museum until June 11.

“Love Thy Neighbor” explores the ways in which identity is constructed and how it informs relationships with those who surround us. It features work from three artists: Firelei Báez, Ignacio González-Lang and Irvin Morazan, who are originally from places like the Dominican Republic, Puerto Rico and El Salvador.

Each artist takes inspiration from identity politics, immigration, and perceptions of criminals, to take an artistic stand on their impact in society.

The series as a whole is an exploration of how “artists are adjusting among difficult issues that relates to race and class,” Cuy said. “While their background informs their intent, these backgrounds are not necessarily represented in the work in a figurative way.”

The exhibition comes at a time when immigration and differing cultural identities are at the forefront of everyday politics and discussions. But the timeliness also is a bit of a coincidence, according to Cuy. The exhibition series was planned well before the recent presidential election.

Student groups are the primary visitors at the Bronx Museum, Cuy said, adding she knew “Love Thy Neighbor” would surely appeal to them. And it would make sure they’re able to see the art up close.

Cuy’s main focus in this exhibition is making sure it welcomes everyone, no matter their art expertise or where they’re from.

“The main sentiment or emotion that I want to offer in this exhibition is that difference can” cohabitate, she said. “There’s ways in which things can be set in relation so that they are harmonious and not necessarily in conflict.

“I think that all of these things are unconscious but that idea of harmony allows for a better context and for a better environment and a more welcoming space.”

With that in mind, Cuy hopes the final part of the “Neighbors” series not only educates visitors, but inspires them.

“Art allows one to be able to cross borders, and I think that this is something that this exhibition can actually propose and think through when being designed,” she said. “Then more positive change can happen in our society.”