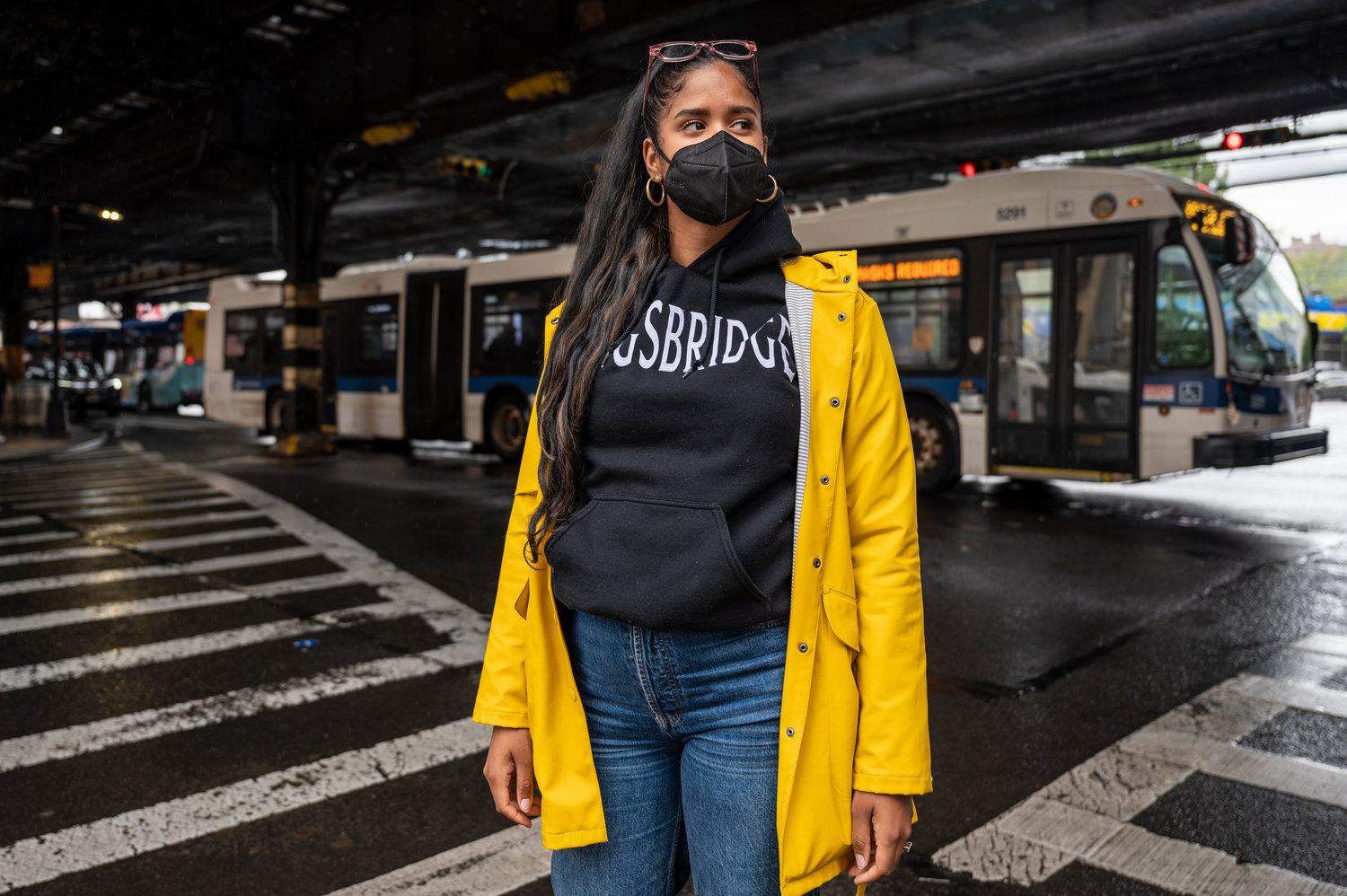 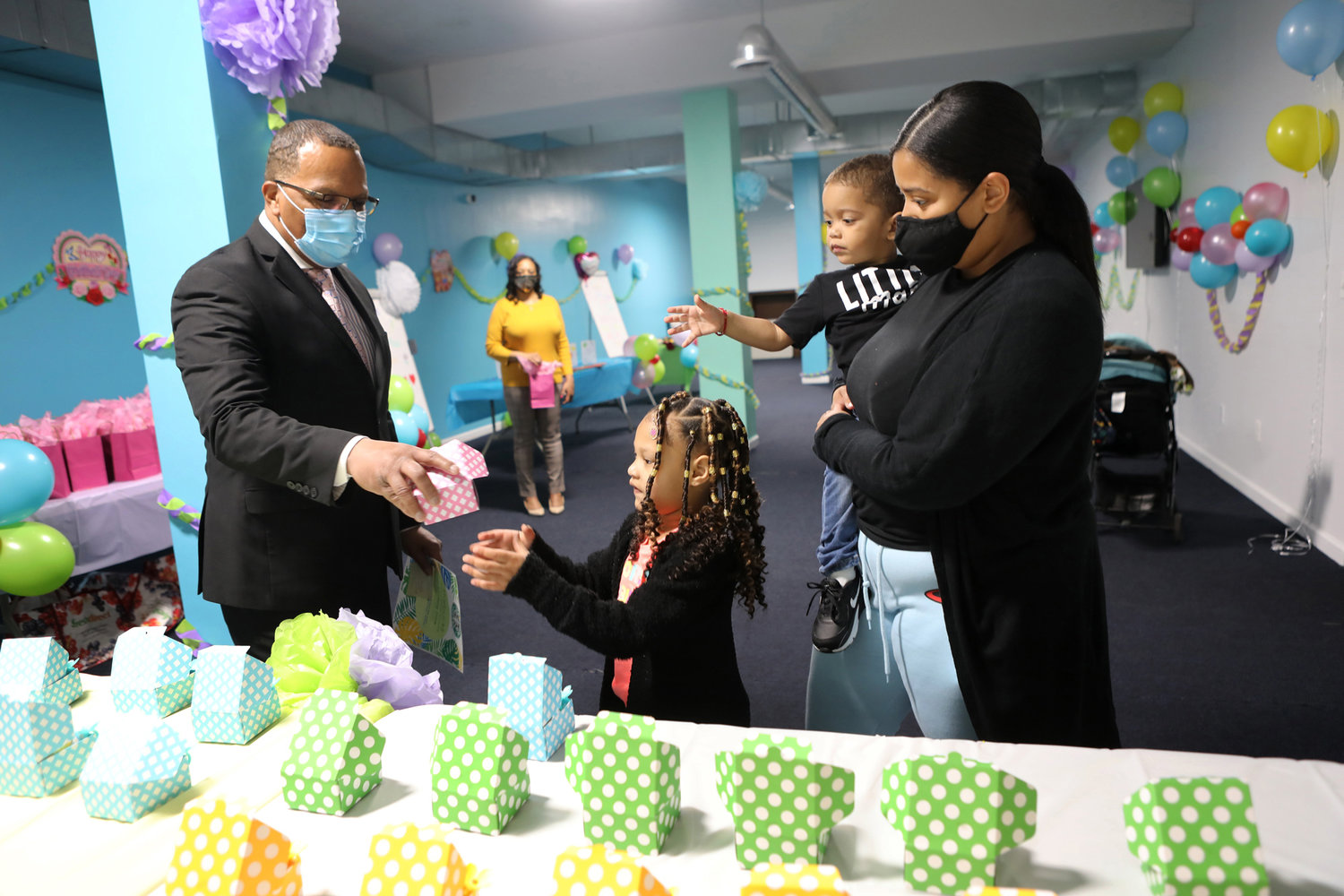 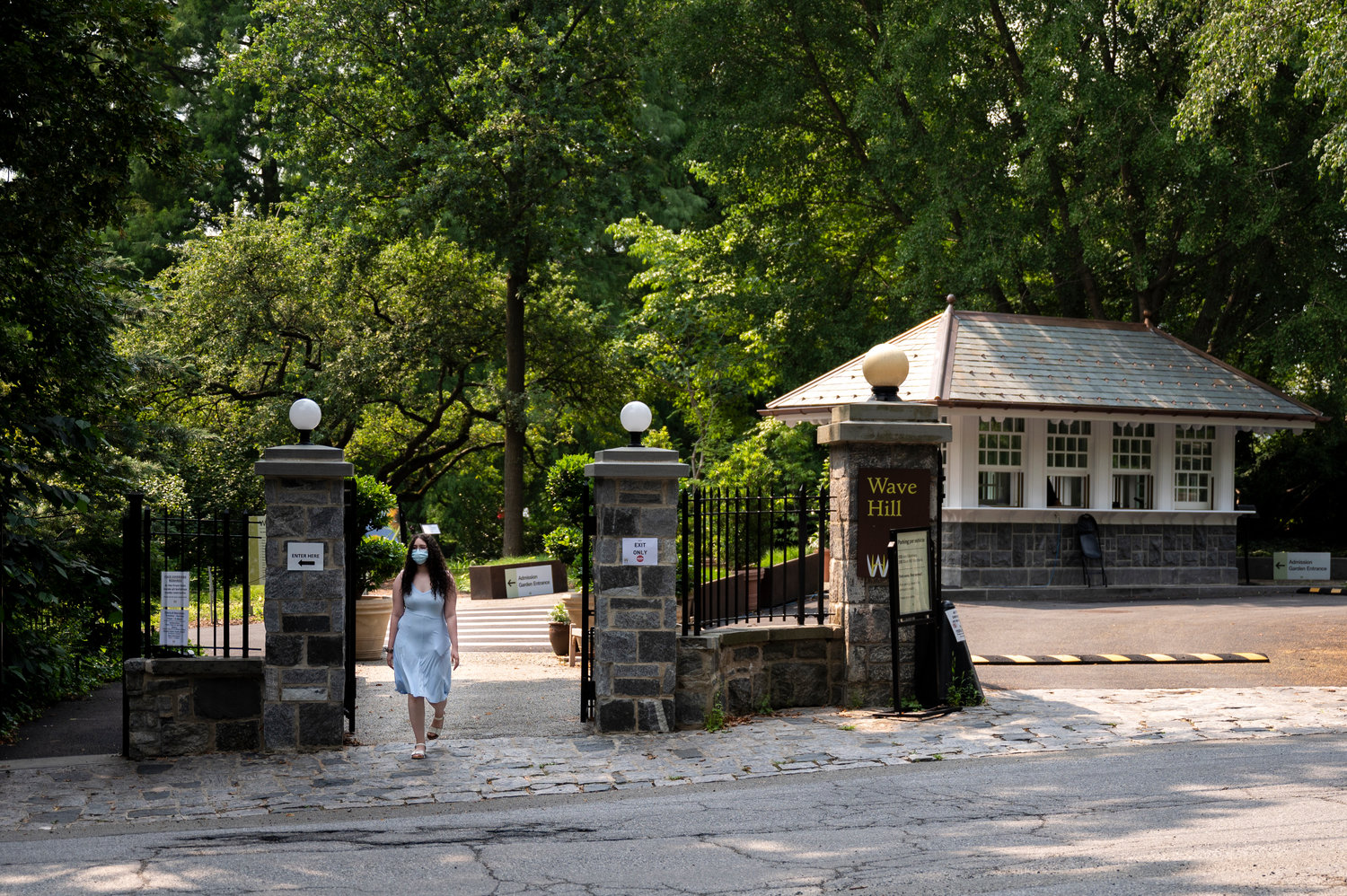 Jessica Woolford has organized a trip to Wave Hill for a ‘family fun day’ for the families living in the Broadway Family Plaza transitional facility. It’s one of three events Woolford has planned this summer through her mutual aid group Kingsbridge Unidos to bring more joy into the lives of kids experiencing homelessness.
HIRAM ALEJANDRO DURÃN
Previous Next
By ETHAN STARK-MILLER

Summer is the season for kids to have fun. At least that’s something everyone could probably agree on in a world where finding common ground isn’t that easy.

And this year, Jessica Woolford looks to bring some of that fun to kids living in the Broadway Family Plaza transitional facility.

“This was a super-hard year for everyone,” Woolford said. “Especially imagine being a kid, doing remote learning, experiencing homelessness, and just trying to get through life. Summer is supposed to be that time when you’re a kid, you roll around and get dirty, and you go to the park and you have fun. And there’s this joyfulness that we just wanted to bring back into these kids’ lives. So, we thought, ‘What would be fun to do this summer?’”

The answer, Woolford said, is to host a series of events for the youngsters at 5731 Broadway these next few weeks through Kingsbridge Unidos. Woolford originally started this mutual aid group with the goal of delivering fresh produce to neighbors in her grandmother’s Kingsbridge building at the height of the coronavirus pandemic last year.

Since then, the organization has led eight produce drives, delivering more than 18,000 pounds of fresh fruits and vegetables donated by the Hunts Point Produce Market. For the past few food drives, Woolford also partnered with the Broadway facility to deliver something to eat for the families living there.

Broadway Family Plaza provides homes for more than 80 families transitioning back to living independently. They typically stay for a year, and use this as the final jumping off point to being able to live on their own again.

Wanting to do something special for Mother’s Day, Woolford and her volunteers delivered gift baskets and produce to mothers living in the transitional facility. It was here where Woolford truly realized the direct impact her donations can make on the lives of these families.

“I was definitely in my feels when I saw some of the mothers,” she said. “Like there was this one mother, she took out the stuff that we had in the bags. We had spa masks and nail polish and all this stuff. And her daughter took out the nail polish and was painting her mom’s nails. It was so sweet.”

It only drove Woolford to want to do more, especially for many of the elementary school-aged kids who call Broadway Family Plaza home.

For one of her first events taking place this week, Woolford organized a trip to Wave Hill — the garden attraction at 4900 Independence Ave. — for a “family fun day.” The day’s activities include a combination of self-guided and staff-led nature walks, as well as games like “bird bingo.”

One of these walks is a program Wave Hill often does with school children, spokeswoman Martha Gellens said, called “A Walk for the Senses.” This is where families stroll through different parts of the garden focusing on which of their senses are engaged.

Woolford chose Wave Hill for this first event because she personally finds a sense of peace there. And she wants to show these families — who may have never even heard of the riverside attraction — how accessible the garden is to them.

“I didn’t grow up going to Wave Hill regularly,” Woolford said. “I never actually knew where it was, even though I grew up in Kingsbridge. And then ever since I started going, like later on in life, I just feel such a peacefulness there.

“It’s kind of tucked away, like you have these beautiful views of the Palisades across.

“But there’s something about that place that makes you feel like it’s yours. And I want that feeling for these kids.”

This event is a part of a broader effort at Wave Hill to reach out to what it describes as more under-represented groups.

“It’s part of a commitment we have to be welcoming to all the particular communities around the city,” Gellens said. “BIPOC communities and youth. Families who are in public housing.”

For the following event, Woolford teamed up with the Bio Bus — a science education organization that seeks to expose kids from under-represented backgrounds to science — especially through the use of microscopes.

“We go to schools and communities with our bus,” said Latasha Wright, the chief scientific officer of the Bio Bus. “People can come aboard normally and do experiments with scientists. And so what we want to really try to make everybody believe is that science is for everyone, and science is everywhere. It’s not just in these ivory towers.”

Although the physical bus won’t be present because of coronavirus safety protocols, Woolford said, people from the Bio Bus will set up a microscope station at the Broadway facility. It’s a perfect opportunity, she added, to expose children to science at an early age.

For her last event, Woolford partnered with cookware retailer Food52 for a series of cooking workshops. They’ll show families some recipes they can make from the produce coming from Kingsbridge Unidos — like a no-chop salad.

“What’s something you haven’t tried before?” Woolford asked. “What would be fun to like throw on an apron (and make) with your kids? Have you ever made a chickpea salad? Chickpeas are kind of weird, right? But they’re delicious.”

Additionally, Woolford has a bunch of can openers shipping from Washington, D.C., to help with pantry staples.

Mino Lora, an active volunteer with Kingsbridge Unidos, says the group’s overall goal with these events is to make the lives of previously homeless children just a little bit easier.

“Kids absorb their parents’ trauma and their life situations, and sometimes they have to grow up very fast,” the former city council candidate said. “Having moments where we’re able to create these spaces — where they can really just be children and laugh and play and be silly —” means so much.

“Especially for the children of Broadway Family Plaza, who’ve been going through hardships with their families.”