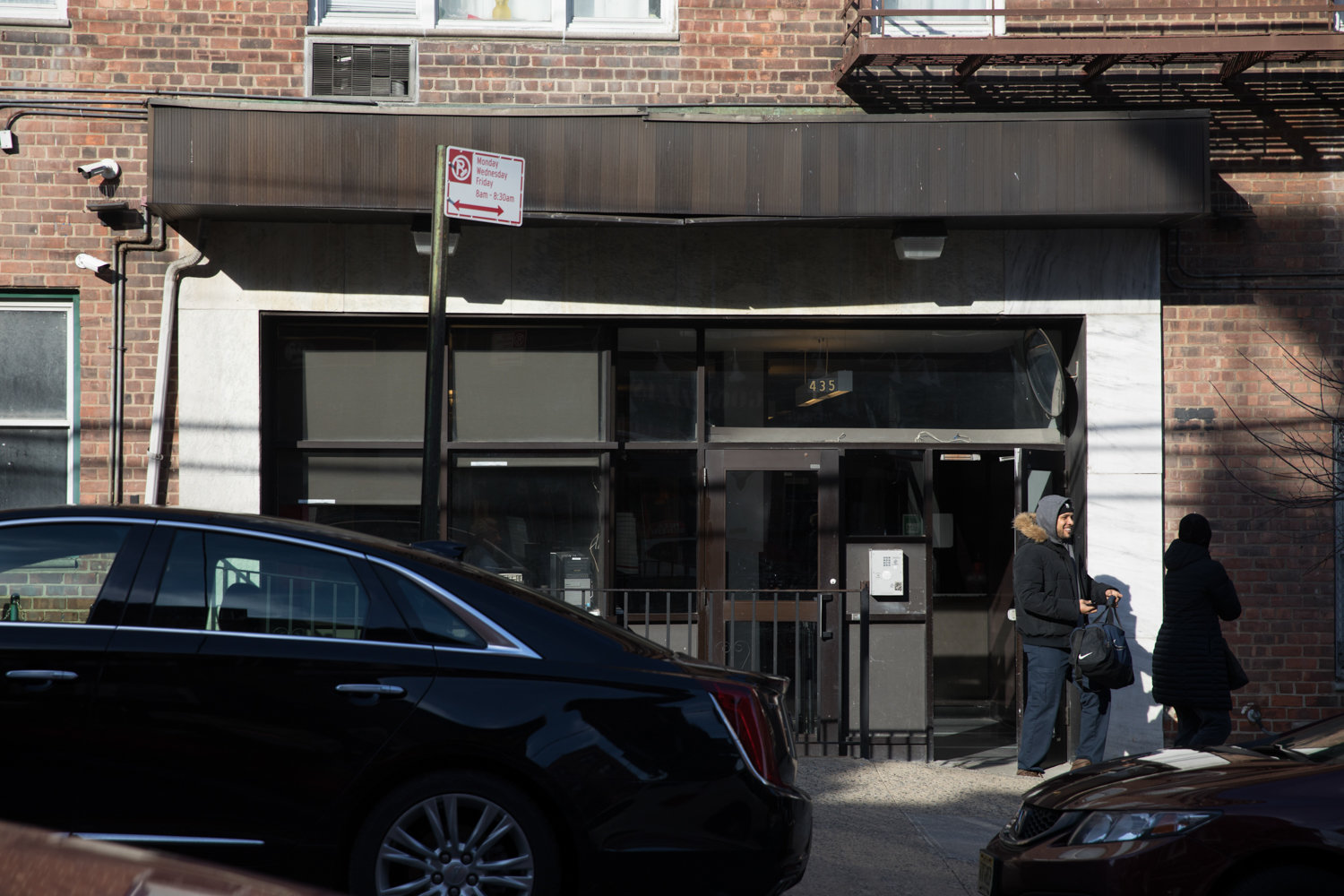 Overlook Manor is one of several Manhattan College residence halls that students were told vacate in response to the coronavirus pandemic. They initially had until March 27 to retrieve their belongings, but had that time extended following complaints from students and parents.
JULIUS CONSTANTINE MOTAL / File 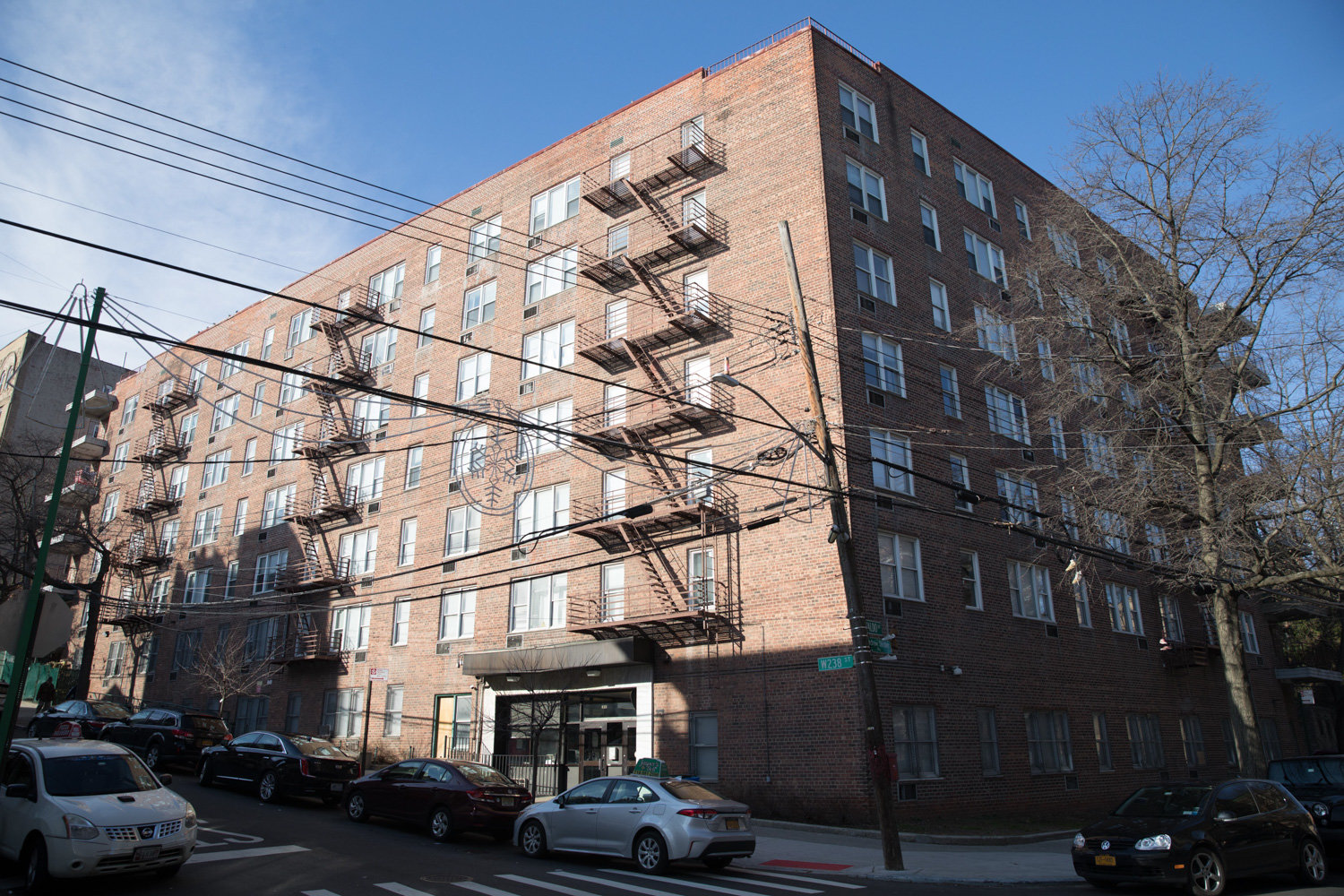 All is quiet at Overlook Manor, the Manhattan College residence hall located at 435 W. 238th St. The school moved to online learning for the rest the semester in response to the coronavirus pandemic, and has issued an updated move-out policy that gives students a longer timeline to retrieve their belongings.
JULIUS CONSTANTINE MOTAL / File 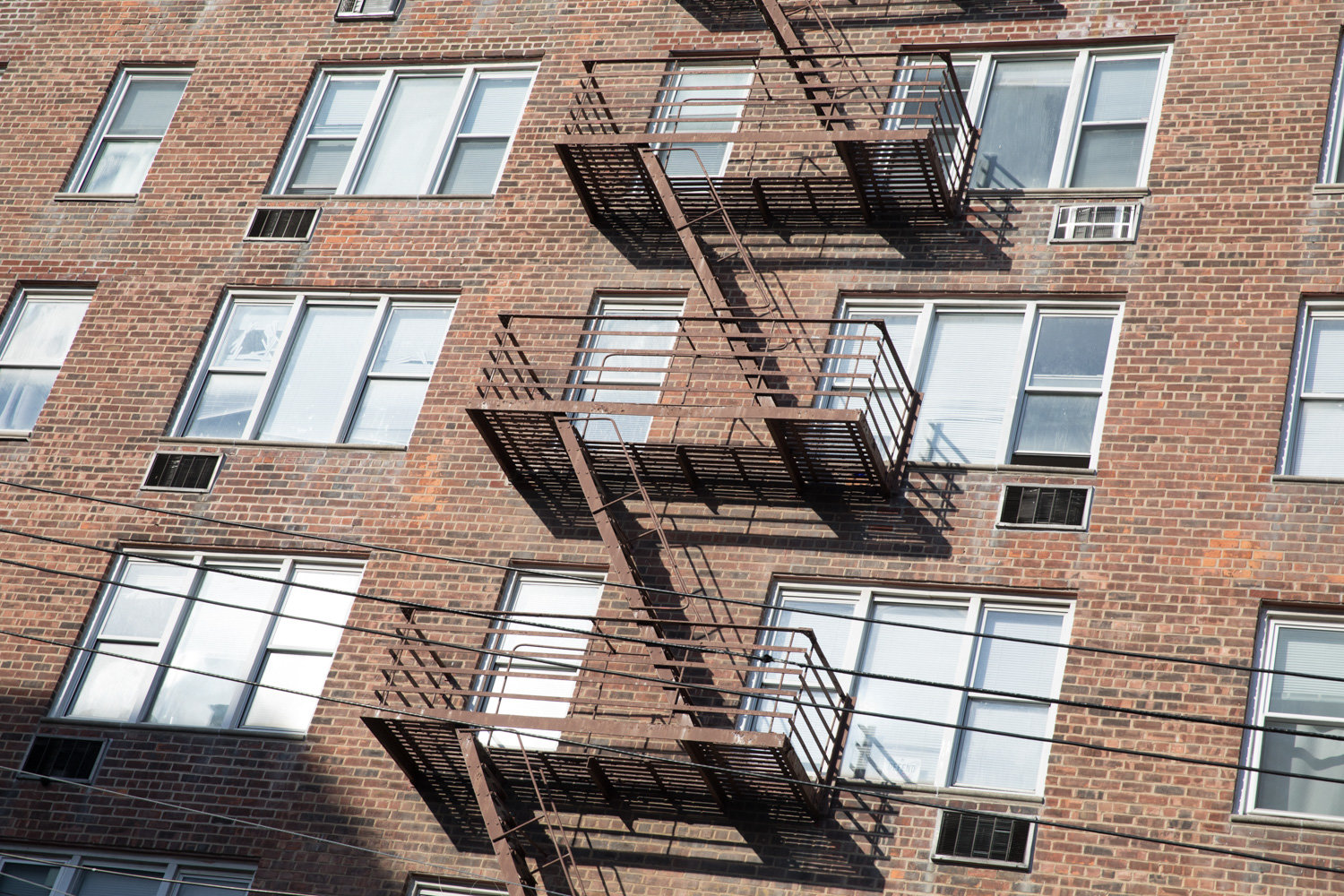 Manhattan College residence halls, like Overlook Manor, are now mostly empty after the school moved to online learning for the rest of the semester in response to the coronavirus pandemic.
JULIUS CONSTANTINE MOTAL / File 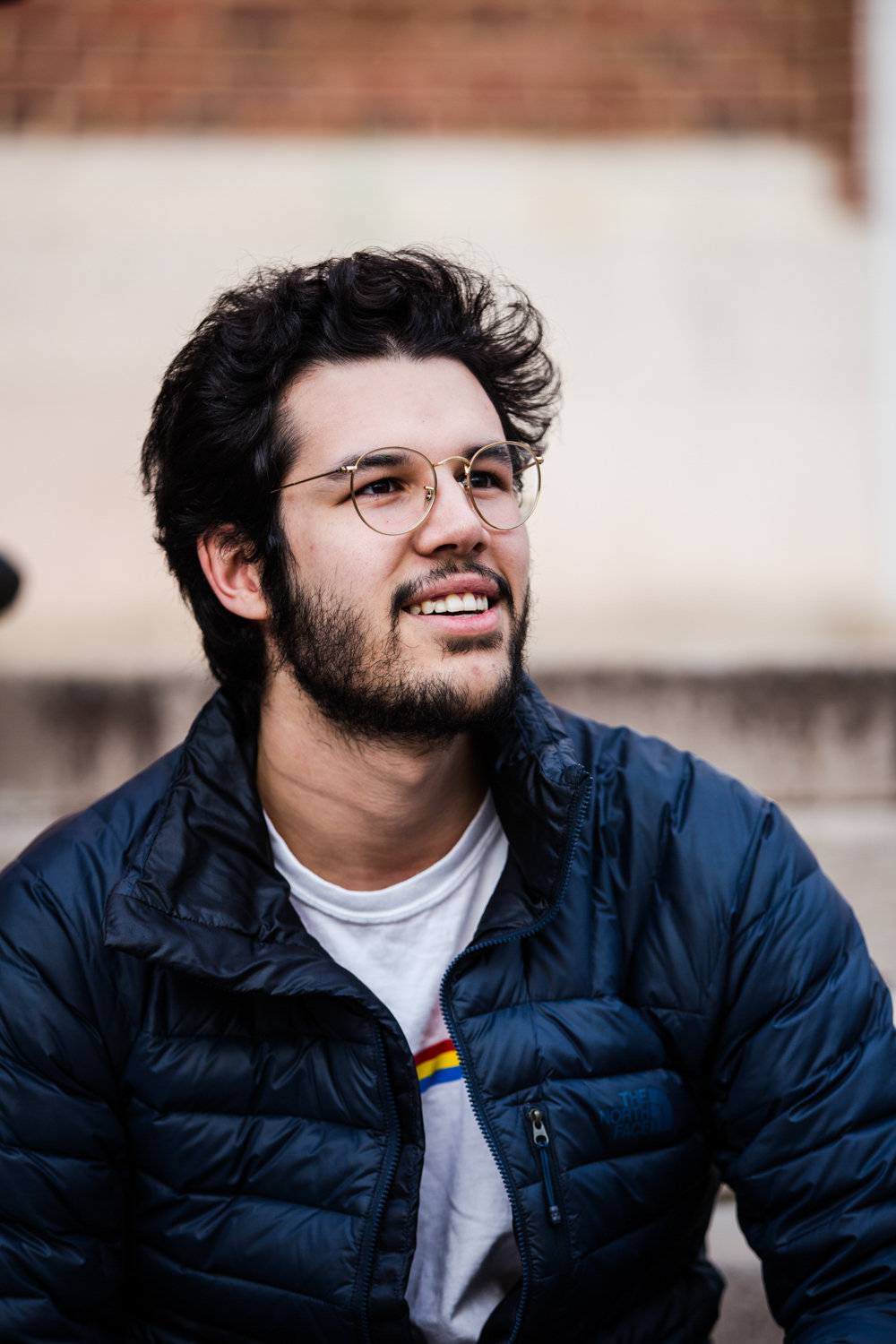 Manhattan College junior Alex Nieves was at first dismayed over the school’s March 27 move-out deadline, especially since he lives in Atlanta, However, he was glad to see the school extend the deadline.
Courtesy of Paul Fucao 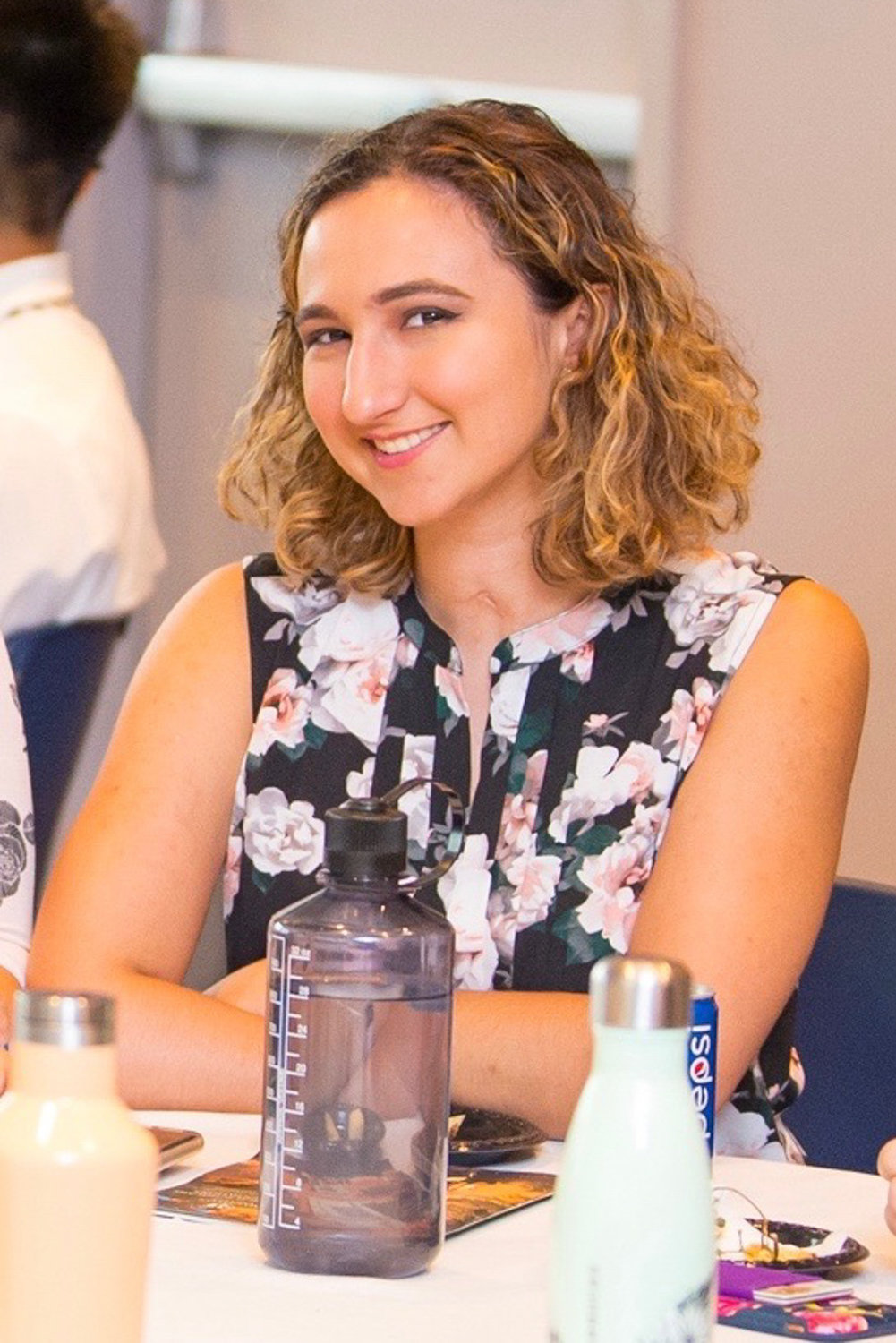 Manhattan College senior Olivia Haveron was surprised by how quickly campus life ended as a result of the coronavirus pandemic. After the school set a firm move-out date of March 27, Haveron felt the school should have given more time, and was delighted when they ultimately did.
Courtesy of Josh Cuppek 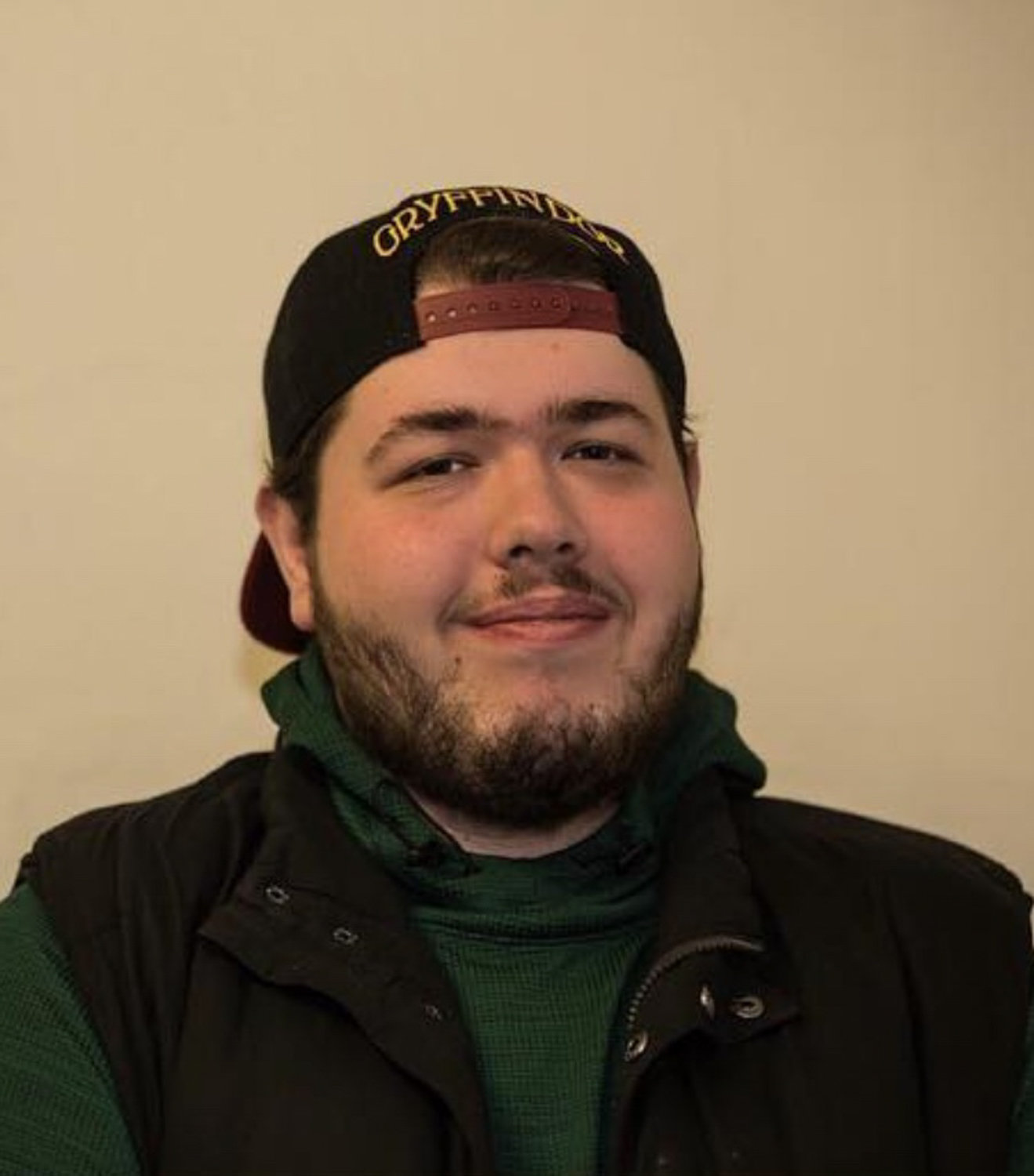 Moving out was almost the least of Ryan Askin’s problems. The Manhattan College senior was sad about the abrupt end to his life on campus.
Courtesy of Ryan Askin
Previous Next
By JULIUS CONSTANTINE MOTAL

Moving out of college is typically a time of mixed feelings — nostalgia for the good times, and optimism for the road ahead.

Normally, it tends to happen at the end of the semester, but these are not normal times. After Manhattan College decided to close its campus for the rest of the semester March 17, administrators told students they had until March 27 to  clear their dorms.

But not only was this quick turnaround complicated for many students still in shock that such a move was being made, but the policy was announced in the middle of spring break, when many students were away from campus in the first place.

“I’m still speechless at this point,” said senior Olivia Haveron. “I just didn’t expect this all to happen so quickly.”

For many, the official move-out policy set in stone that college life — and all that that entailed — was over.

“I was more apathetic than anything,” said senior Ryan Askin. “The more upsetting news was just school being closed for the remainder of the semester.”

College life ground to a halt for Manhattan College students with a March 9 email informing them classes would be canceled the following day, subsequently moving online. Students were urged at the time to leave campus.

“When they told us to move out,” Askin said. “It was so last minute that I basically just took clothes with me.”

The coronavirus that causes COVID-19 was on a tear through the city, and at the time, schools were making individual decisions as to whether or not they would suspend classes. At the time, Manhattan College had no confirmed cases, but administrators wanted to get ahead of the virus as a precautionary measure.

In a March 20 statement posted to the school’s website, president Brennan O’Donnell wrote the school had one confirmed COVID-19 case, a professor. O’Donnell added the school has reached out to students in that educator’s class.

It was the abbreviated move-out process, however, that caused a bigger stir.

“It’s wild that, of the blue, now that I’m home, they say, ‘Hey, just so you know, by the end of the month — no exceptions — you just have to have all your stuff out,’” said Alex Nieves, a junior who lives in Atlanta.

March 27 was just too soon to have everything out, parents and students told administrators, especially since it coincided with the first full week of online classes following spring break. There also was considerable concern about the public health ramifications of having all moving out take place in one week.

Hearing those complaints, the administration made the schedule adjustment.

“We had a moment of clarity,” college spokesman Pete McHugh said. “We understood the concerns that were raised.”

Now, even with more time to move out, if there are still some students who need to clear out later, Manhattan College officials said they would listen. Students having difficulty going home can apply for an exemption.

Manhattan College also had plans to consolidate the remaining students in one building, but even that is subject to change. McHugh said the school put together the initial plan bearing in mind that a shutdown order could come at any time from the state — which did ultimately happen beginning Sunday — and wanted to give students the chance to get ahead of it.

Being asked to move out in a pinch was not something Nieves was expecting to do. But getting a reprieve from school officials will make a difference in the long run.

“I think it’s definitely a step in the right direction,” Nieves said.