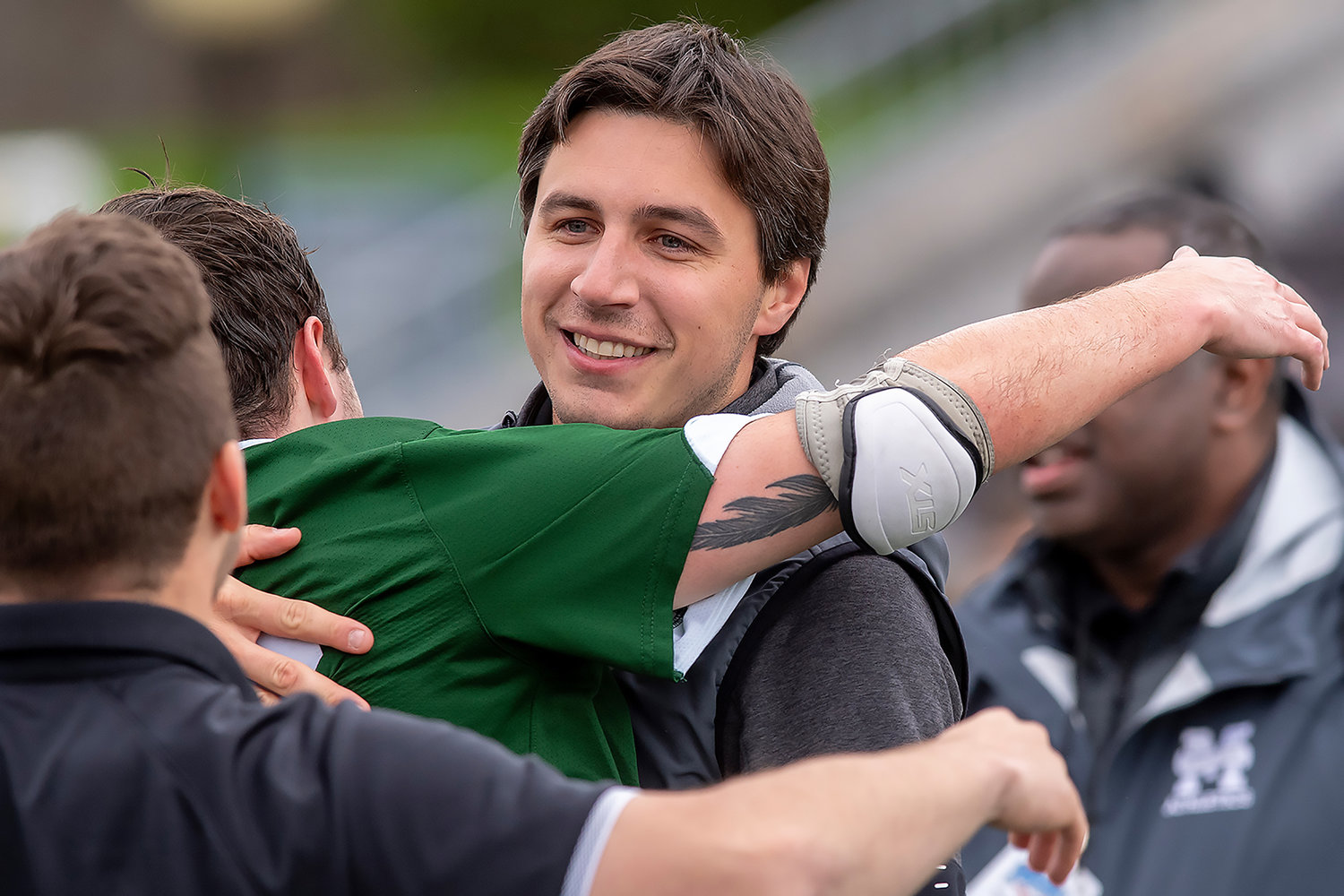 John Odierna, the new head coach of the defending MAAC men’s lacrosse champions, was promoted from assistant after Drew Kelleher left for Umass-Lowell in the offseason.
Courtesy of Manhattan College athletics department
By Caroline McCarthy

The Manhattan College Athletic Department faced coaching turnover and additions in nine of their Division I sports, which will affect six men’s teams and five women’s teams for the 2022-23 season.

“I think turnover is like a rejuvenation,”said Marianne Reilly, director of intercollegiate athletics at the school. “I always think when there’s a vacancy, there’s an opportunity to grow and change.”

Most notable was what happened with the 2022 Metro Atlantic Athletic Conference men’s lacrosse champions.

After leading his team to victory for the first time in its 20 years, head coach Drew Kelleher was offered and accepted the head coaching job at UMass Lowell.

Reilly reports that after the championship, UMass Lowell was the first of many athletic departments to inquire about Kelleher. Just a few days later, Kelleher moved on and left his assistant, John Odierna, as interim head coach.

Odierna was solidified as head coach just four days after Kelleher’s departure when he named Chad Surman and Doug Sage to his coaching staff earlier this summer.

Assistant coach Dave Vandercook has been named interim head coach and a permanent replacement will officially be announced this week. Rogers already tweeted who that person will be: David Miller, former MLB player and coach for Penn State-Abington and La Salle University.

Players on the team have confirmed this hire, stating they had a meeting on Friday to discuss the move.

After a chaotic 2021-22 losing season, the women’s volleyball coach Lora Sarich Egbert will be replaced by Mauro Miletic. Miletic first joined the Jaspers as an assistant coach from 2014 to 2016, and recently volunteered his time this past season when Egbert was barred from entering Manhattan’s Draddy Gymasium due to vaccination status. Miletic has hired Sara Atai as his new assistant coach, a position that remained vacant at the college from 2017 to 2021.

Women’s basketball says goodbye to two assistant coaches, Allie Bassetti, who also served as recruiting coordinator, and Kiambra “Kiki” Griffin. Bassetti has accepted an assistant coaching position at Columbia University and Griffin is now working with the WNBA as a league operation analyst.

Samera Marsh will join the squad as an assistant coach, and Raven James will join as the new director of basketball operations.

Men’s basketball assistant coach Scott Padgett is leaving his position under head coach Steve Masiello to join the Mississippi State staff as an assistant under new head coach Chris Jans. This change comes during the last year of Masiello’s contract.

Phil Wildermuth, former head coach of the golf team, has left the position to Keith Prokop as he becomes head coach at St. John’s University. The program is also set to receive a new golf house and simulator donated by alum and former head coach Jerry Wood.

Hayden will work alongside head coach Kerri Gallagher and assistant coach Patrick McGrath as a throwing instructor and day-to-day operations manager for the Jaspers.

Head coach Jenna Dingler added Stefani Peluso to the women’s lacrosse coaching staff as an assistant coach in May.

Whitney Swab, Manhattan College’s senior associate athletic director for external relations and senior woman administrator will leave the college after five years. Swab has accepted a position at the MAAC, where she previously worked for six years.

Women’s rowing coach Alex Canale announced to his team he will leave the program.

Reilly shares that the athletic department is proud of the coaches who have moved on to other opportunities and is excited about the new wave of staff members set to lead the 2022-23 season.

Reilly shares that the athletic department is proud of the coaches who have moved on to other opportunities. She says she is excited about the new wave of staff members for the 2022-23 academic season.

“When you look at Manhattan College, we recruit really good people to work here,” Reilly said. “What’s going to happen if they have any success? They’re going to get moved.”

Manhattan Jasper runner is chasing down a dream