NYCHA apartments would be down to two districts, Kingsbridge Heights would shift some 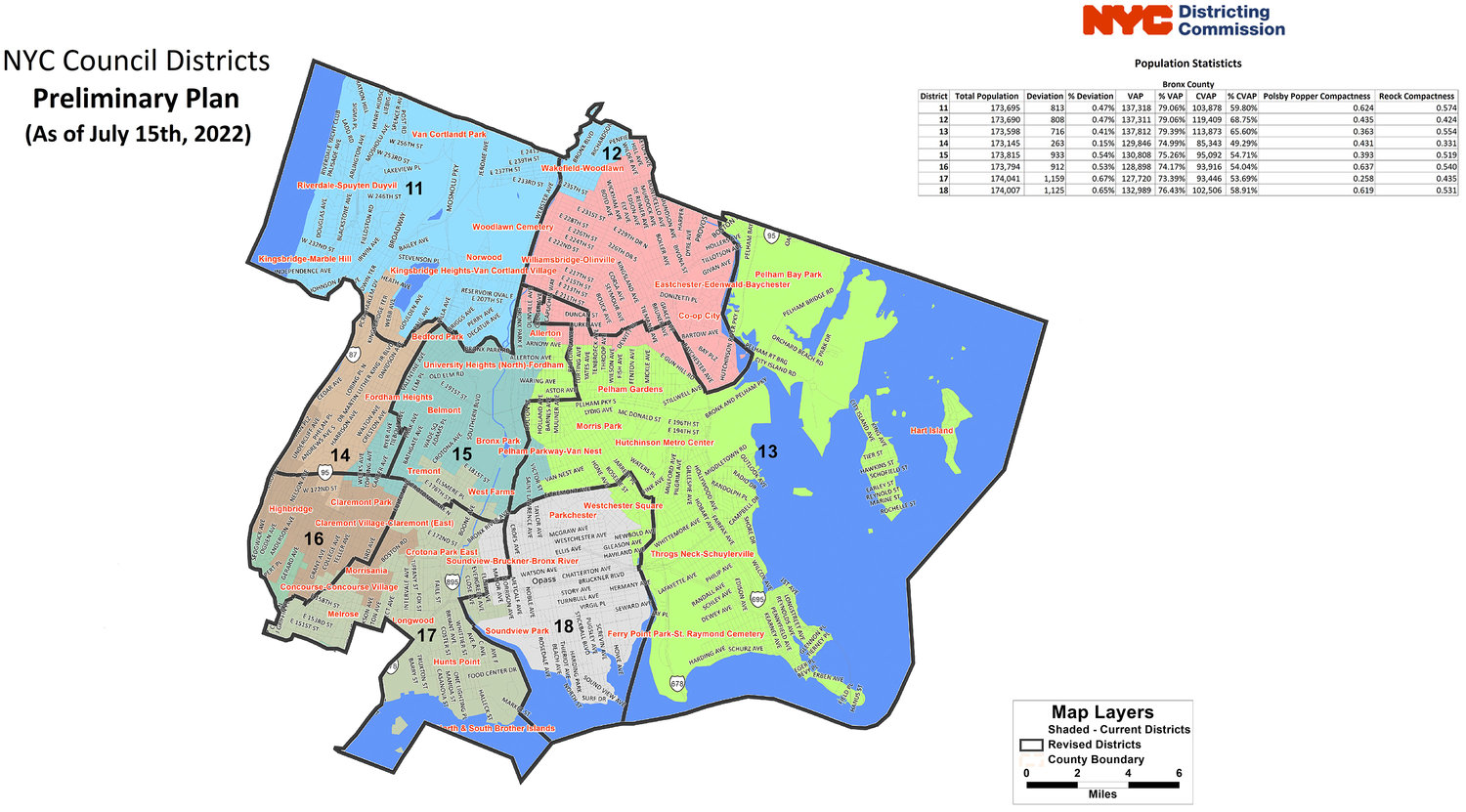 A first draft of the map of the borough’s new City Council districts shows that the commission wants to add more of Kingsbridge Heights to District 11 while cutting out Wakefield to the east.
Courtesy of NYC Districting Comm 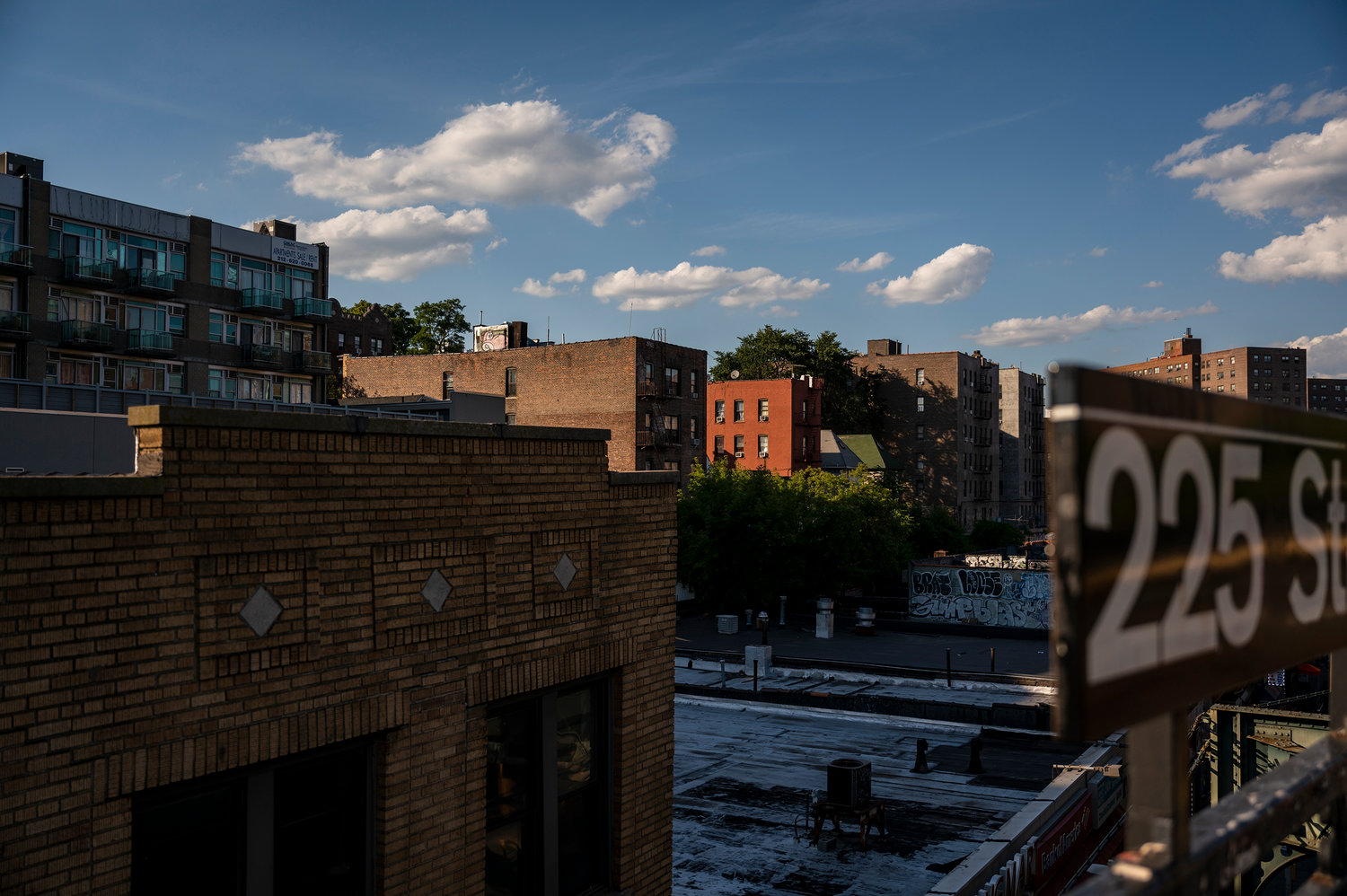 Under the proposed new lines, Marble Hill Houses would fall into two — as opposed to three — council districts. That would be considered a small victory for the complex’s residents.
Hiram Alejandro Durán
Previous Next

This is yet again the wonders of the political world, where Marble Hill residents’ voices are divided, and their electoral strength diminished.”
FULVIA VARGAS-DeLEÓN senior counsel, LatinoJustice PRLDEF
By Sachi McClendon

Eric Dinowitz’s city council district would gain a larger portion of Marble Hill Houses and Kingsbridge Heights, while losing Wakefield to a neighboring district, as part of a preliminary redistricting that reflects the new 2020 census figures.

The commission that is redrawing the city’s 51 council districts released the first draft of its new maps on Friday.

Lisa Sorin, a member of the commission who lives in the Bronx, said that she was vocal about redrawing districts in such a way as to unite the borough’s communities and neighborhoods. The “Bronx has been in bits and pieces for many years,” she said.

“And as the population has shifted — as the growth and the revitalization of the borough has come forward — these communities, as drawn, seem to be coming more and more split just organically.

“Key to the Bronx was really about four or five communities that we were able to make whole,” Sorin added, “and in that aspect I’m really thrilled.”

To that end, the commission wants to consolidate Marble Hills Houses into two districts — which would be a small victory for those who live in the New York City Housing Authority complex. Currently, its residents are split into three districts, with the majority of buildings falling into District 10, which covers the northern tip of Manhattan.

At a recent meeting, several residents urged the commission to put all of Marble Hill Houses into that district.

“This is yet again the wonders of the political world in New York City, where Marble Hill residents’ voices are divided and their electoral strength diminished,” said Fulvia Vargas-De León, a senior counsel at LatinoJustice PRLDEF. The commission’s hands are tied, however, due to a city law preventing more than one district from crossing over into two boroughs.

Due to Marble Hill Houses’ unique geography, the complex actually straddles two boroughs. So in order for all of the buildings to be unified, District 10 would have to be expanded into the Bronx.

There is already another Manhattan-Bronx crossover district with a more-or-less even split between the two boroughs. So it appears the commission settled on splitting Marble Hill Houses into just two districts, as one Bronx resident had suggested.

“They are both on everyone’s radar, and no one’s ultimate responsibility,” Jessica Haller, the executive director of 21 in ’21, wrote to the commission. “Given the challenge of limiting districts that cross borough boundaries, and the fact that the Marble Hill Houses themselves cross between the Bronx and Manhattan, I’d ask the commission to consider reducing three districts to two — one in the Bronx, and one in Manhattan.”

If these lines were to stick, that would mean that Council District 11, currently represented by  Eric Dinowitz, would  get a much larger share of the buildings in the complex. Rather than representing just one of the residential structures there, Dinowitz, if re-elected,  would appear to represent at least four.

The other six buildings are squarely within District 10. One, on the corner of Exterior Street and West 225th Street, appears to be split, and it is unclear which district would include those residents.

In addition to gaining a larger share of Marble Hill Houses, District 11, which covers a large portion of the northwest Bronx, would also pick up more of Kingsbridge Heights. As a result, residents of that neighborhood would be reunited with those of Kingsbridge, who have  similar socioeconomic status and often the same community needs.

And perhaps to make room for the new Kingsbridge Heights residents, the commission wants to move Wakefield to Council District 12, which covers portions of the northeast Bronx.

Even with the loss of Wakefield, the district is expected to grow.

According to the city charter, the commission’s first, and most important, mandate is to ensure that all districts have a relatively equal population of around 172,000. According to 2020 census data, District 11 currently has a population of 163,918.

If the proposed maps stay the same, then around 10,000 people would be added to the district, giving it a population of 173,695.

According to the commission’s numbers, just under 80 percent of the district would be old enough to vote, which is in line with several other districts.

The lines are not finalized, however. There will be a second round of public hearings on the maps in August, and the commission will submit its plan to the city council on Sept. 22.

Asked about his thoughts on the preliminary maps, including the proposal to bring more of Marble Hill Houses into his district, Dinowitz reserved his opinion, but, in a statement, he urged residents  to give their two cents.

“I am gathering feedback from our neighbors on this draft and I encourage residents to submit their testimony to the commission,” he said.

“The NYC Districting Commission has to take every New Yorker’s opinion into consideration and I will make sure the commission engages with the residents of Council District 11.”