Marble Hill Houses braces for its own election 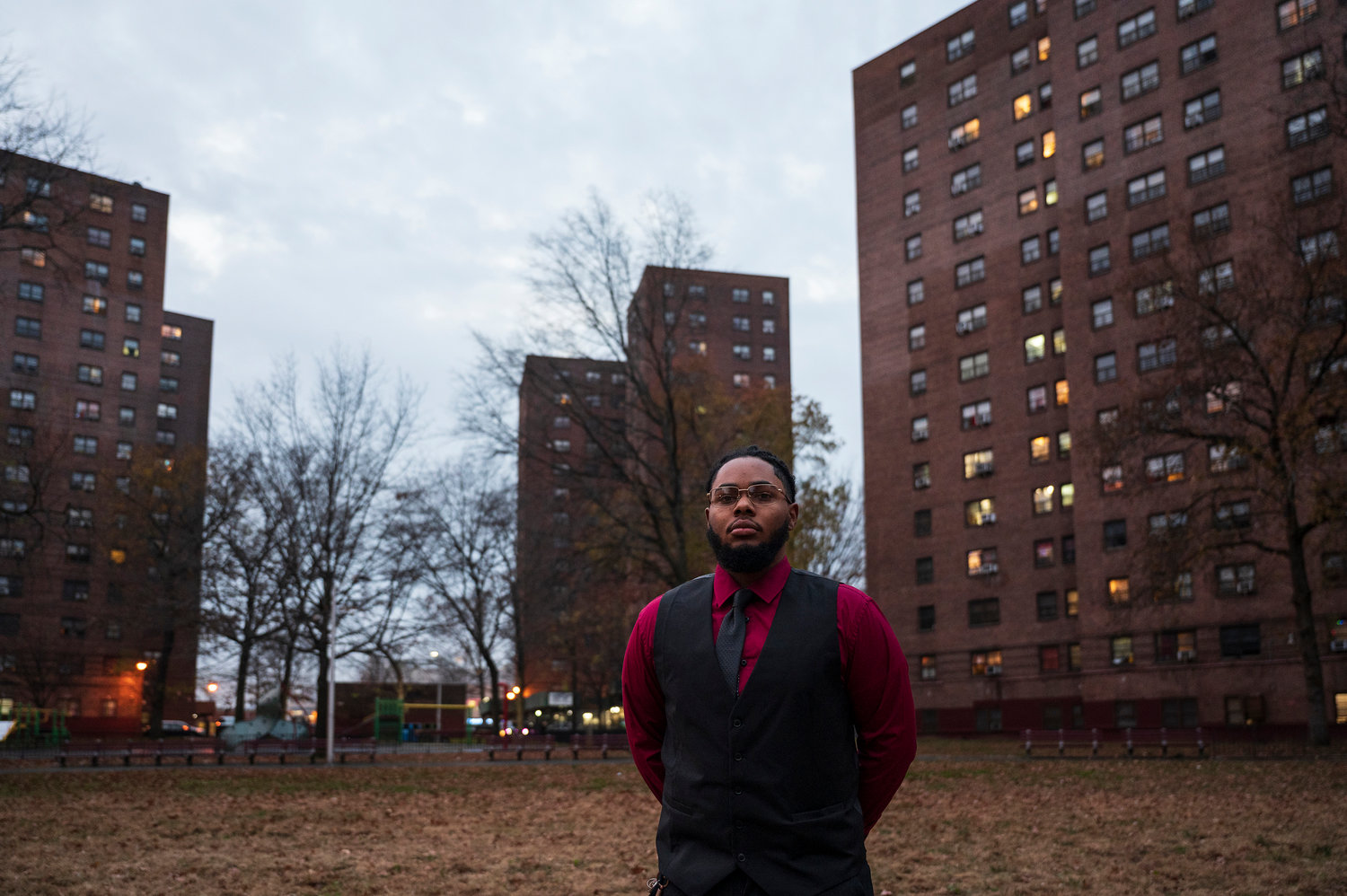 N’soligne Jon Paul Lauriano is running against Tony Edwards for Marble Hill Houses’ tenant association president. The 23-year-old hopes to improve the quality of life at the New York City Housing Authority complex by working with the city to expedite unit repairs all while building a better relationship with the 50th Precinct.
HIRAM ALEJANDRO DURÁN 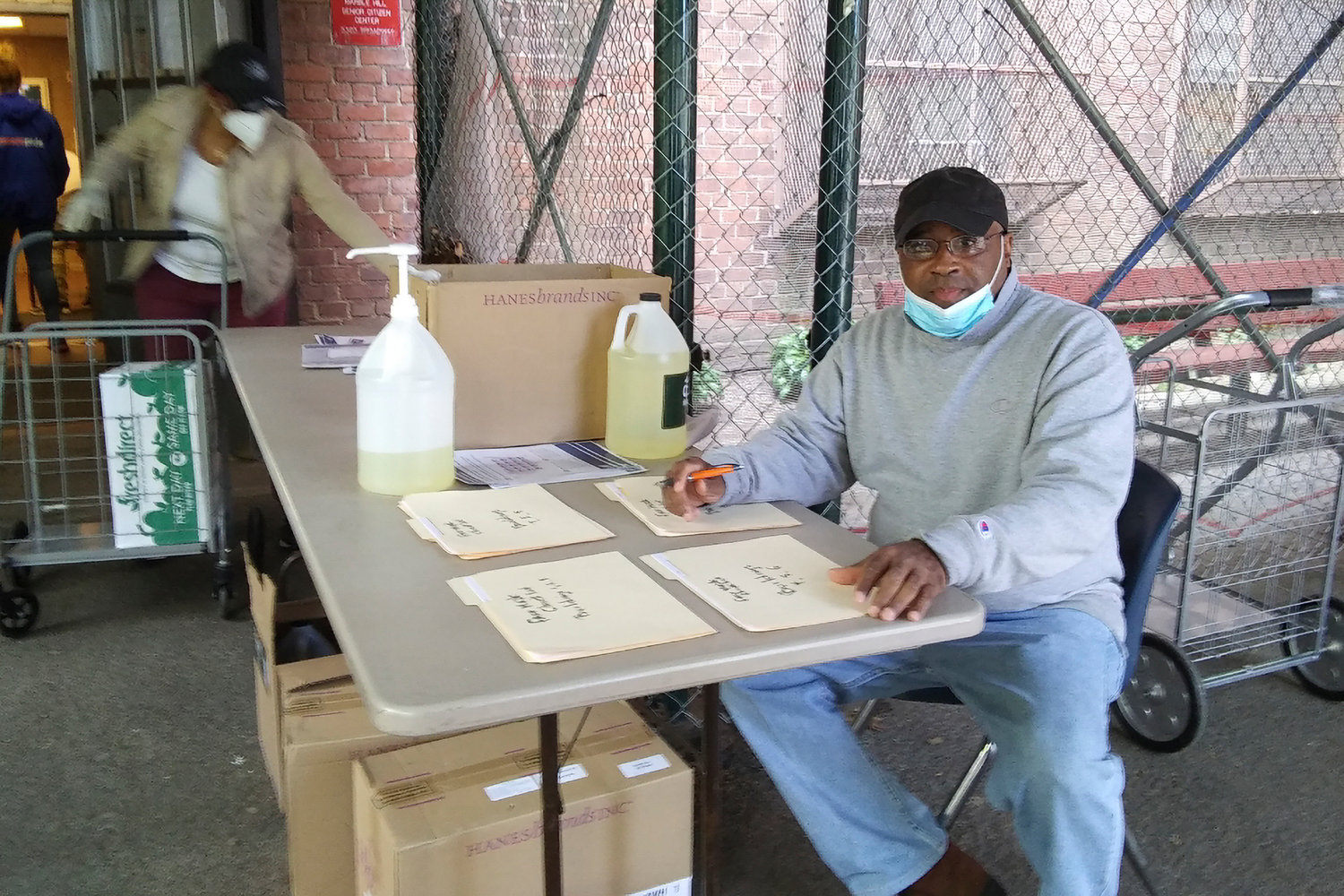 As the tenant association president at Marble Hill Houses, Tony Edwards hopes to continue helping anywhere the New York City Housing Authority might fall short. But he’s leaving it up to the nearly 1,700 tenants to vote him in for another term on Dec. 15.
Courtesy of Tony Edwards 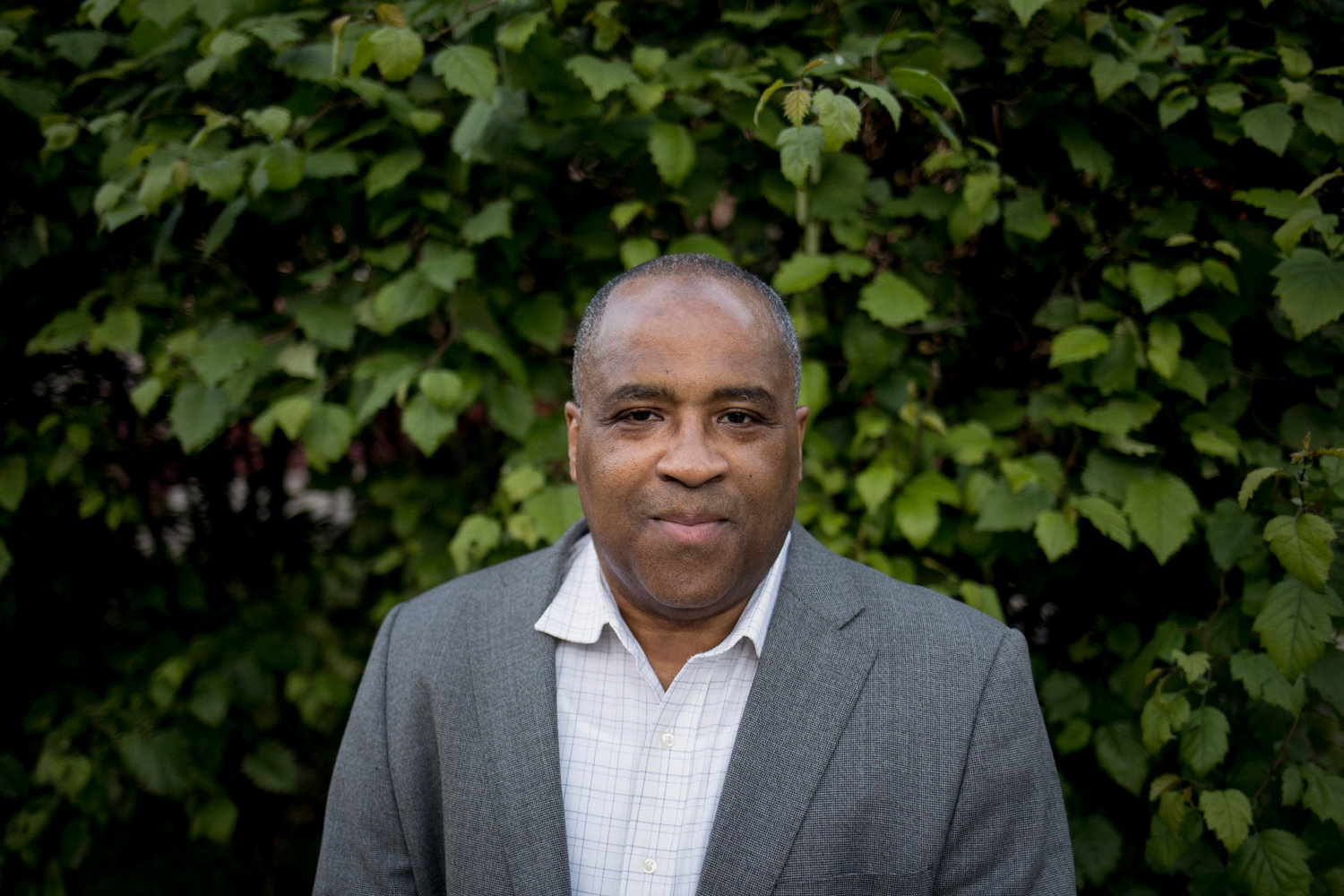 Tony Edwards is running in a contested race to re-election to Marble Hill House’s tenant association president on Dec. 15. The 60-year resident is up against N’soligne Jon Paul Lauriano, a 23-year-old who also has called the New York City Housing Authority complex his home his entire life.
JULIUS CONSTANTINE MOTAL/ File 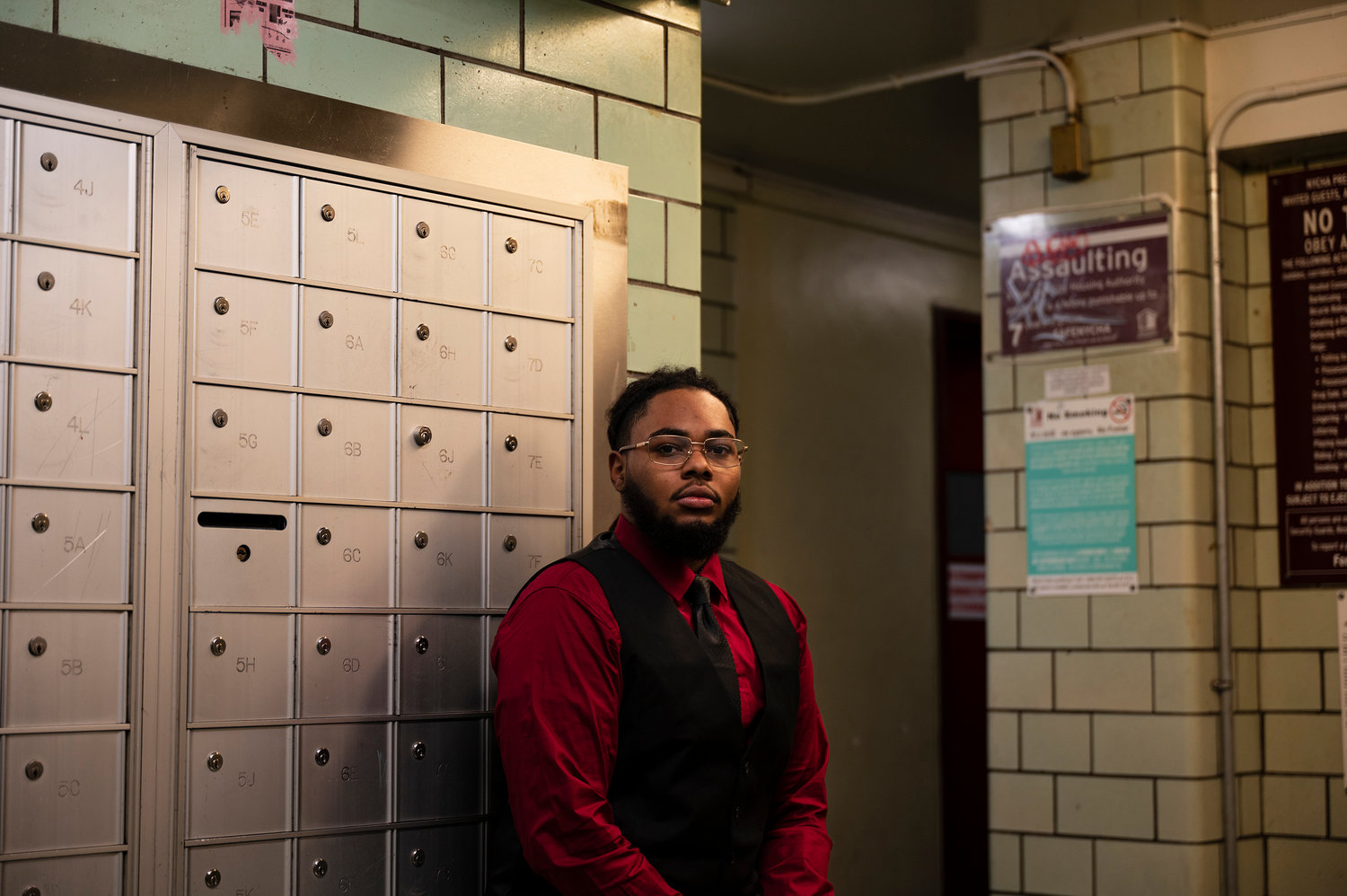 N’soligne Jon Paul Lauriano is running against Tony Edwards for Marble Hill Houses’ tenant association president. The 23-year-old hopes to improve the quality of life at the New York City Housing Authority complex by working with the city to expedite unit repairs all while building a better relationship with the 50th Precinct.
HIRAM ALEJANDRO DURÁN
Previous Next
Support journalism

They’re not condominiums or co-ops. Marble Hill Houses are a mass grouping of apartment units for families with a little help from the New York City Housing Authority.

But even with city workers involved, it can be near impossible sometimes to have your voice heard among nearly 1,700 others. But that’s where the tenant association comes in.

Tony Edwards has been the face of that association — and with it, Marble Hill Houses — for nearly four years. But that could change come next week, because Edwards has a challenger.

His name? N’soligne Jon Paul Lauriano. And if tenants vote his way, it could make Lauriano one of the youngest tenant association presidents the NYCHA complex has ever had.

“I’m running because I want to leave here knowing I did my part,” Lauriano told The Riverdale Press. “I want to help create a snowball effect of changes that’ll benefit this neighborhood.”

Lauriano is running for a position that, until recently, he didn’t even know still existed. When he realized it did, he felt inclined to throw in his name. His platform is simple.

“I want the tenants to be able to actually rely on NYCHA and its employees for repairs and any other needs they might have,” Lauriano said. “I want to change the current safety issue in Marble Hill.”

But beating Edwards could be tough. Marble Hill Houses may be so big it spans two boroughs, but it’s a tight-knit community. And Edwards is, more or less, its mayor, working as a liaison between his neighbors and the city on a literal daily basis.

“Somehow, some way, the only one who could ever get things fixed for us is Tony,” said one neighbor, Stephanie Rodriguez.

She’s one of many frustrated by what seems to be an ever-growing list of repairs. Like many at Marble Hill Houses, she often reaches out to the tenant association seeking solutions after a trip to the management office proves futile.

It’s not that Rodriguez isn’t helped there — NYCHA gives her a ticket for her repair request. The rest is usually a waiting game as to when someone will get around to fixing it.

That’s where the tenant association president can step in, putting pressure on a complex’s management to get more repairs done.

However, Edwards doesn’t see it like applying pressure, so much as forming a partnership with NYCHA to accomplish results.

“We advocate for tenants and work with the management’s office to get things done,” Edwards said. “When people have a problem with something, they can come to me and I’ll reach out to NYCHA and see how we can expedite those issues.”

In some places, the relationship between a tenant association president and their management can be contentious. But that isn’t the case at Marble Hill Houses.

Paula Fryer, has managed the complex on behalf of NYCHA since July 2020. One of her highlights? Working with Edwards.

“He’s very easy to get along with,” Fryer said. “He’s a very friendly, family-oriented person. I do believe he really does love the community, and to the best of his ability, he does what he can do for them. I love working with him.”

It’s one of the many things many will say about what Edwards has done in the community. Yet, there’s more to that job than just repairs. The role also calls to address issues such as garbage, rodents, sidewalk sheds, heat and hot water, and plumbing.

And the job is entirely voluntary, but at the same time can make a difference connecting that leader with many of the broader elected officials like the three city councilmen who represent different parts of the complex. Those relationships can result in better conditions like more security, help with structural problems, or even installing a playground in the middle of a complex’s courtyard area.

Although he’s been president for four years, he’s been involved with the tenant association for a decade, spending the rest of the time as vice president.

That has allowed him to worked with the likes of Councilmen Ydanis Rodriguez and Fernando Cabrera, as well as former councilman Andrew Cohen, and his successor, Eric Dinowitz.

He’s also worked with then-Gov. Andrew Cuomo’s office to bring a pop-up vaccine site to the complex — one of the first of its kind in the city. Edwards labels that his “biggest achievement.”

Lauriano might be 23, but he doesn’t want people to take his age lightly. He hopes to put in as much work as possible to make Marble Hill Houses a better place by bringing more positivity.

“I would also like to help get the 50th Precinct back on good terms with the tenants here in Marble Hill,” Lauriano said. “I see this role as being something that I can really use to improve the quality of life for people here.”

Edwards shares similar concerns and passion, citing both have lived at Marble Hill Houses their whole lives. Edwards has just been doing it longer — more than 60 years.

If the younger candidate should so happen to lose, Lauriano plans to remain involved by helping out anywhere he can — even working with Edwards.

“If I can in anyway assist the (association) or help as a volunteer, I’d definitely do that,” Lauriano said. “I would still like to participate in some shape or form.”

For Edwards, he feels his time as Marble Hill’s “mayor” isn’t over quite yet.

“I felt like I was able to accomplish a lot, but there’s still so much more I want to do,” he said.

“I would need another tenure to further my aspirations at helping people here in Marble Hill.”