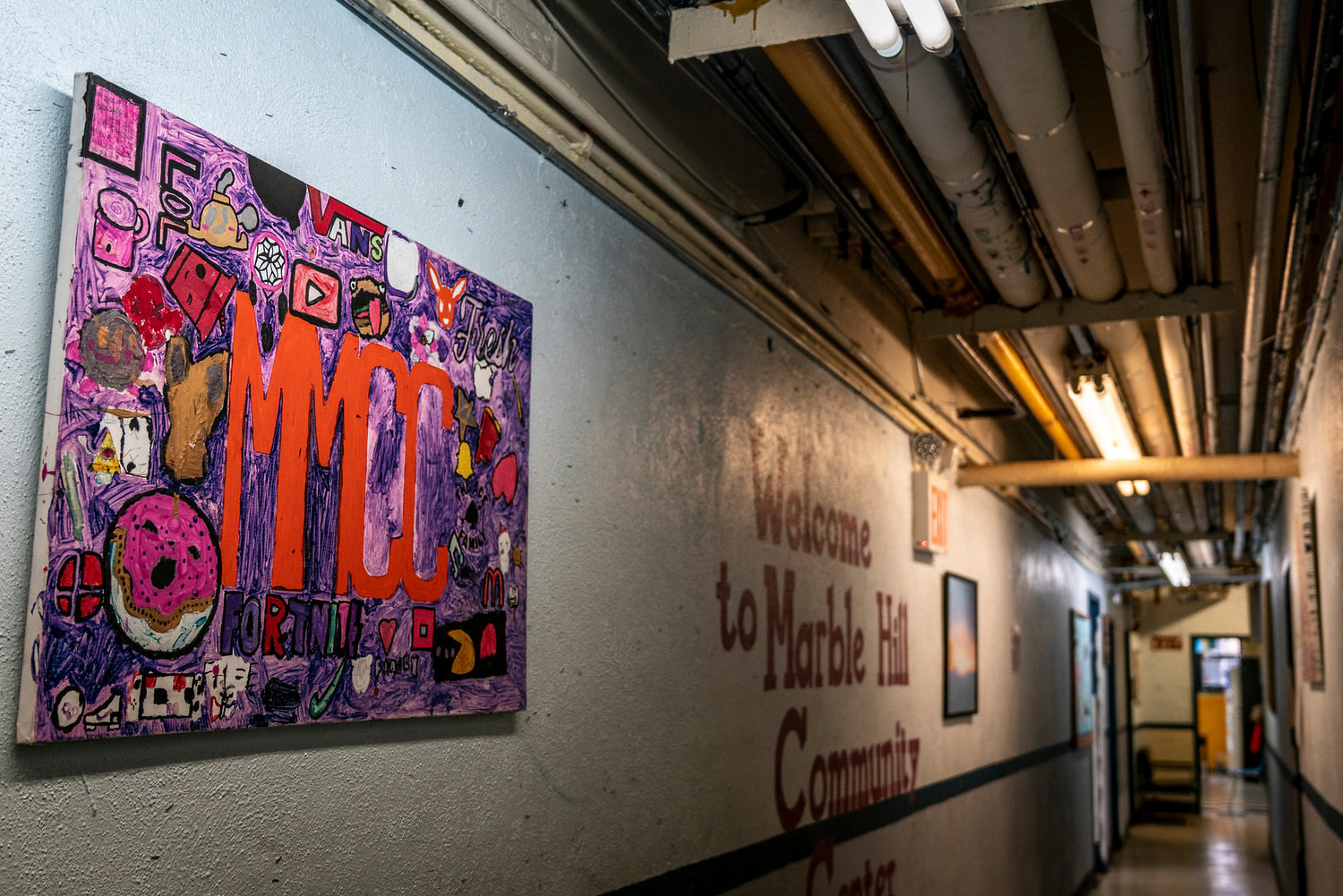 The Marble Hill Community Center is an important neighborhood hub for Marble Hill Houses residents and neighbors, but it does have some serious issues — leaks, broken heaters and more.
Hiram Alejandro DurÃ¡n
By JOSEPH DE LA CRUZ

If there is anything besides the obvious loss of life due to the pandemic people have had to live with it is dealing with postponements. No one knows that better than Tony Edwards.

As president of the Marble Hill Houses tenant association, Edwards has seen a lot of his agenda placed on hold while the city figured out how to live with a new virus that took the world by storm.

“It wasn’t easy when the pandemic first started,” Edwards said. “There was so much uncertainty and we had to stop quite a few things we had in the works.”

Those things Edwards was referring to include monthly tenant meetings, repair work for the complex’s heating system, and renovations.

But at last, the tenant association president is finally announcing a new renovation project for the complex’s community center sometime this summer.

“This renovation project will be focused on one half of the facility,” Edwards said. “That half just happens to be our senior center – where our older residents can go and enjoy (recreational activities). We’re still trying to figure out a few things but it’s all coming along.”

Plans to renovate the senior center had been in play since 2019. But the plans were put on hold in 2020 once COVID-19 caused everything to shut down.

Since then, the cost of the project had increased — forcing Edwards to raise more funds for its completion.

In fact, the lifelong Marble Hill resident credits then-councilman Ydanis Rodriguez with funding the center before he termed out of office.

“He (Rodriguez) gave us $1 million when the project still cost $945,000,” Edwards said about Rodriguez overseeing the release of city funds. “This is when we first brought the project to his attention in 2019. Then when the costs went up, he gave us an additional $200,000.”

In total, the renovations will cost a whopping $1.6 million. The rest of the funds were reappropriated from other projects the development had to quash because of the pandemic and rising costs, according to Edwards.

The money for the most part will go to renovating two large front rooms in the facility and a bathroom – in an effort to make it more ADA compliant.

Edwards wants relatives of senior in the complex to know they have not been forgotten. It’s why he’s currently working on a space for them to enjoy when things get back to normal.

“We love our residents here in Marble Hill, including our seniors,” Edwards said. “And as TA president I’ll continue work for them.”

There is still one more room that needs renovating, but Edwards fears it’ll require more funding.

The senior center has not been occupied since the pandemic. It’s only been used to distribute food to area residents.

The senior portion of the facility can be located in the front of the center, while the youth portion is in the rear.

The project is expected to take six to nine months to complete, according to Edwards.

“I hope when it’s done, it’s to everyone’s satisfaction,” Edwards said. “I know it feels like the spirit of our city has forgotten our seniors but I want those in Marble Hill to know that they have not been forgotten and are a top priority for us as well.”

In addition to the seniors, Edwards wants to make the center a better place for the children.

He hopes to raise funding for a new youth center in the near future as well. But he suspects, like the senior portion, that it won’t be cheap.

“That’s probably going to cost just as much if not more to get done,” Edwards said. “By the time we get to fix the youth portion of the center the costs might’ve gone up.”

However, he believes for the youth of the complex that cost is worth it.

“Anything that helps with the advancement of our youth is a benefit to all of us,” Edwards said. “After all, if the children are our future doesn’t it make sense to invest in them?”

For Edwards, it’s not about the cost so much as what it can do to help keep the youth off the street, while helping them craft their gifts and talents.

“Honestly, I want them to continue having a place they can come to and enjoy themselves,” he said. “Having a place like this is what helps keep them off the streets and out of trouble. It’s one of the best things we have to offer our youth.”

He pointed out that the complex already has other outlets for the youth to get involved with like the gardens on Broadway. But he hopes the center is something they can enjoy and continue to access all year round.

“With crime going up in this city and all the things you see in the news I think we ought to be more proactive in giving our kids something to do,” Edwards said. “I grew up here at a time when crime was crazy in this city. You know what was one of the things that kept me from that life? The youth center.

“I grew up in that place and it gave me the incentive stay out of trouble but more so to do better in life. We need to reintroduce that incentive to our kids, and I believe the youth center is just one of many ways we can do that.”