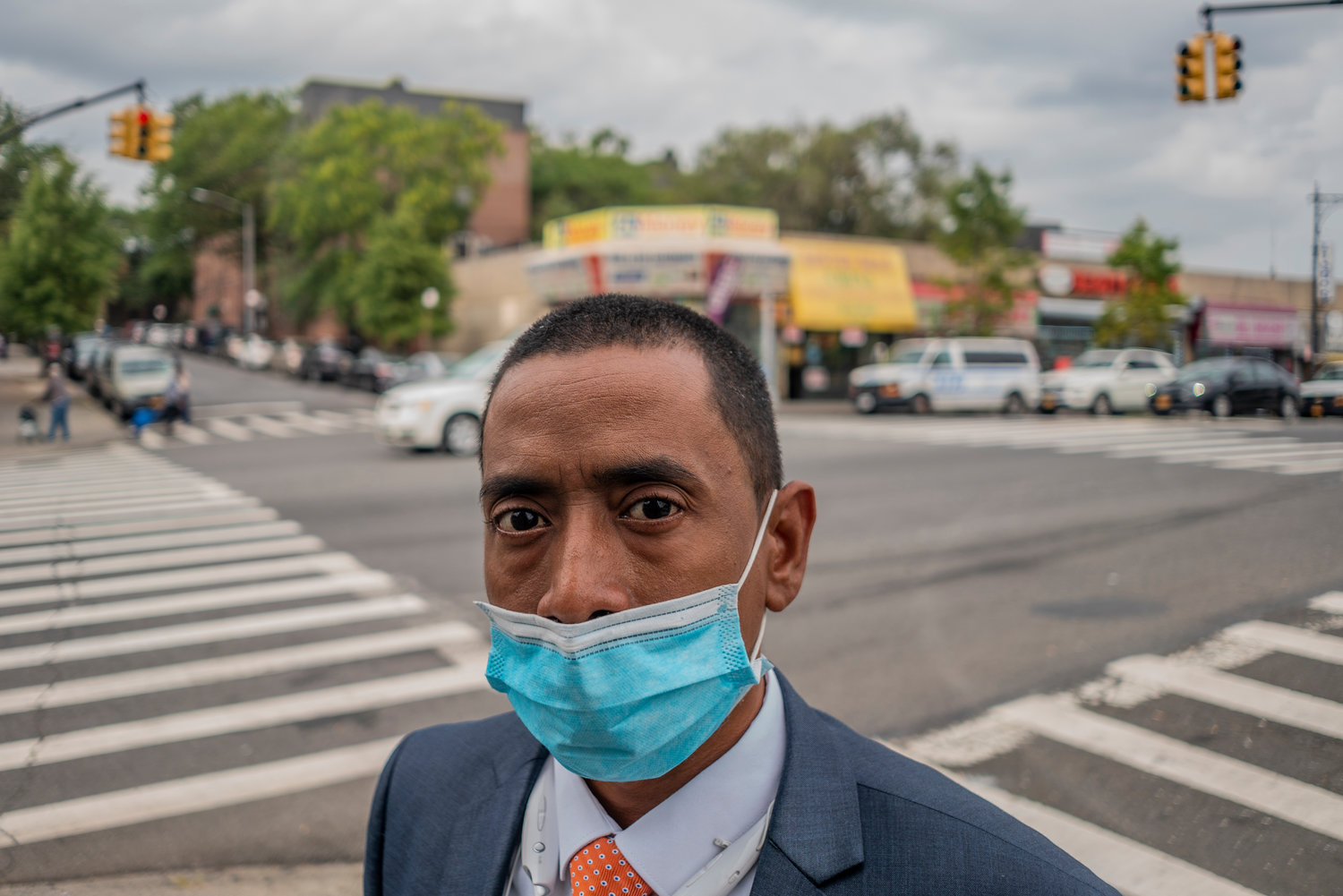 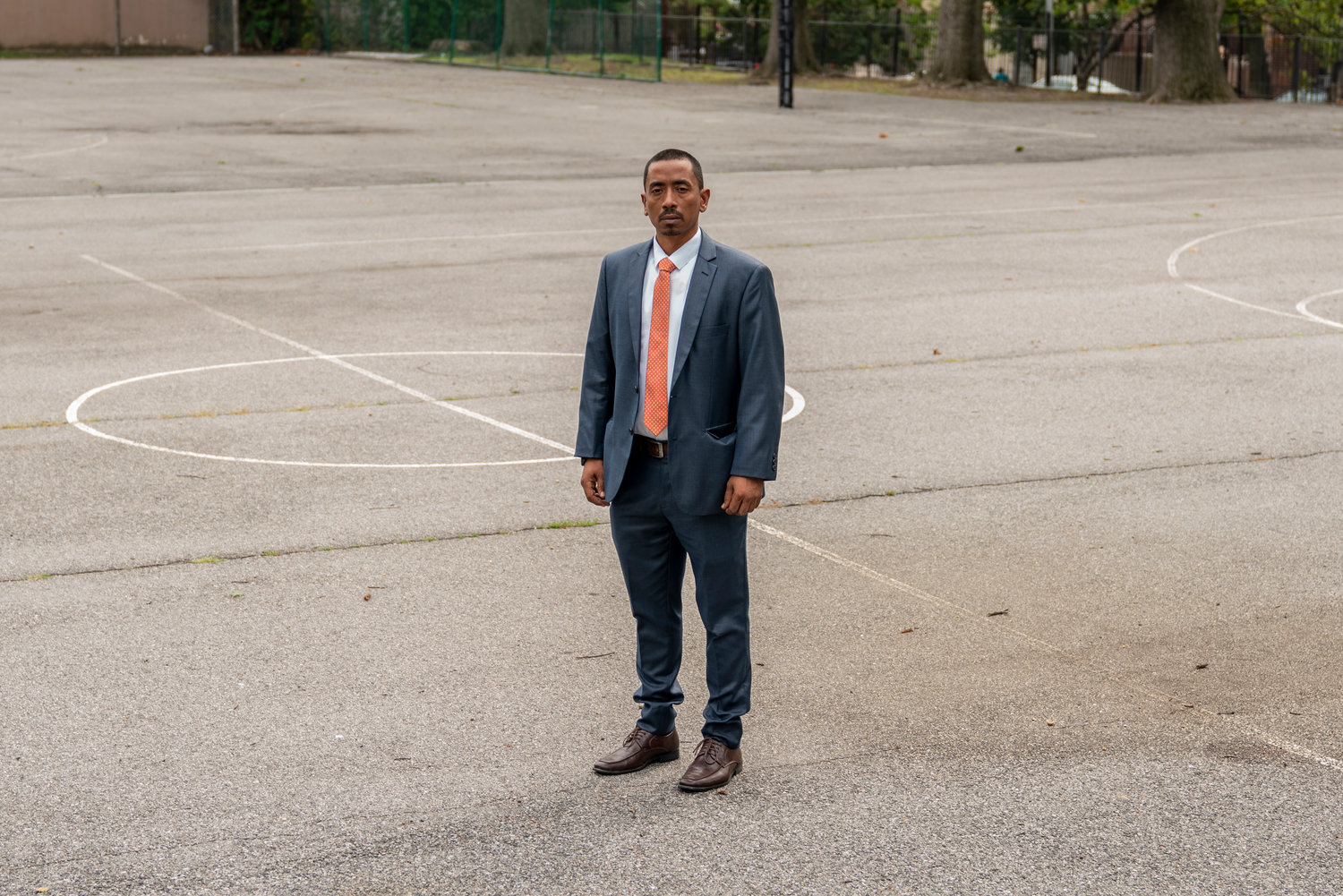 The candidate field for Andrew Cohen’s city council seat is crowded, but they haven’t stopped coming in. Marcos Sierra is one of the most recent entrants, stepping in on platforms of workplace protections and true affordable housing.
HIRAM ALEJANDRO DURÁN 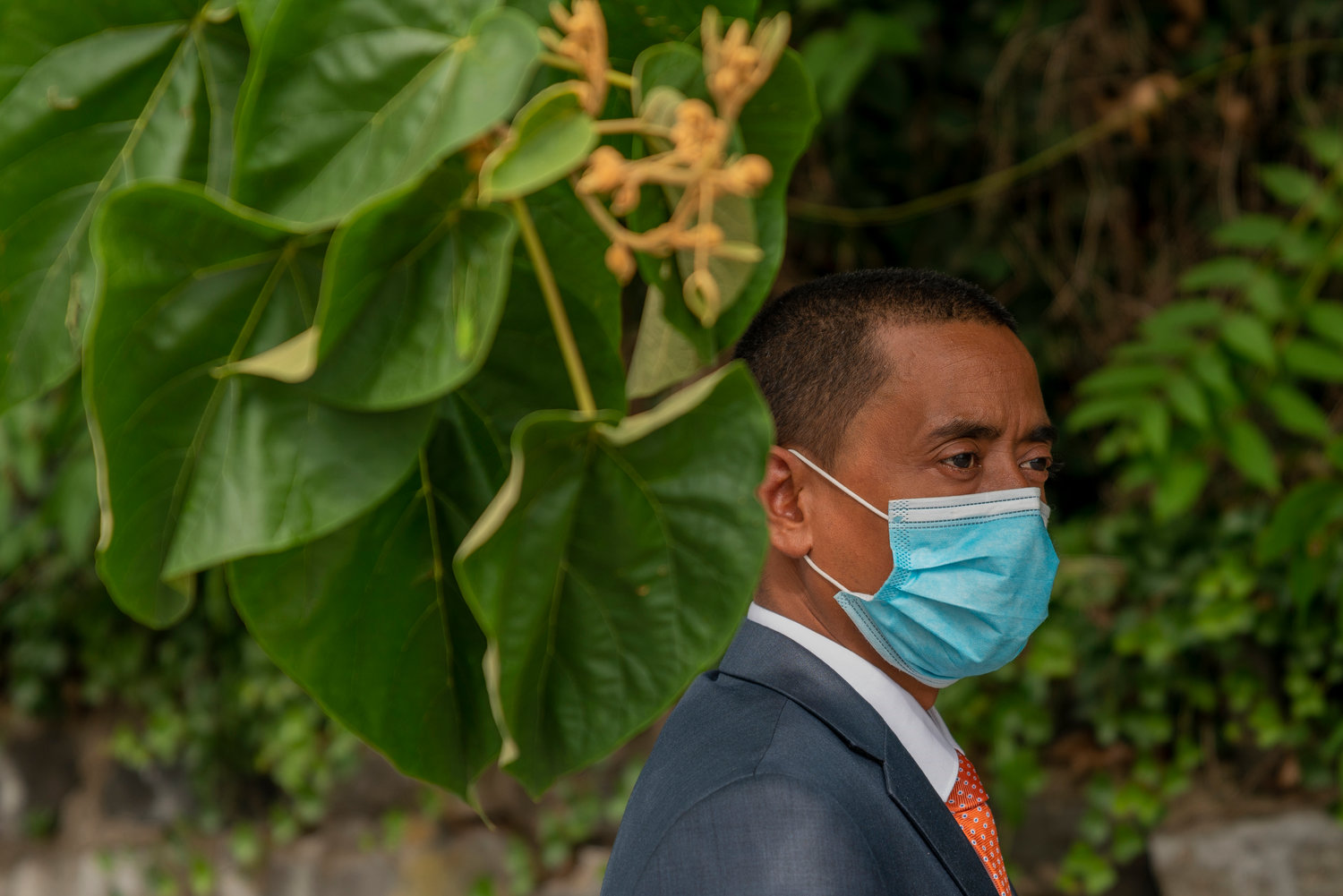 Running for city council has been a long time coming for Marcos Sierra, who recently entered the race for Andrew Cohen’s soon-to-be-emptied seat. After years of working as a male district leader, he’s ready for more.
HIRAM ALEJANDRO DURÁN 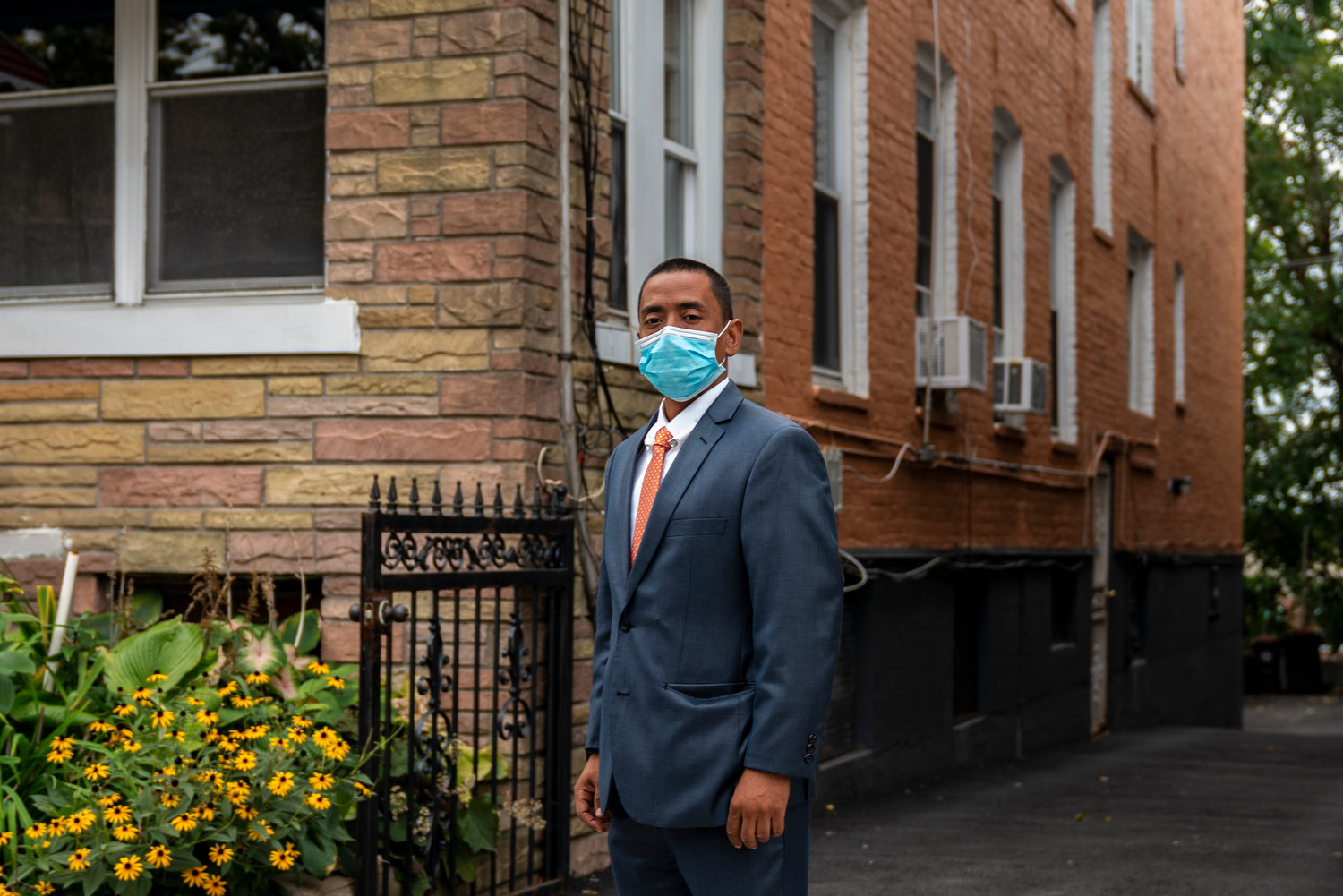 Joining a crowded field of city council candidates, Marcos Sierra isn’t worried. He says it’s time for someone who doesn’t represent just Riverdale, but someone who will represent all of the district — including the area past the Jerome Park Reservoir.
HIRAM ALEJANDRO DURÁN 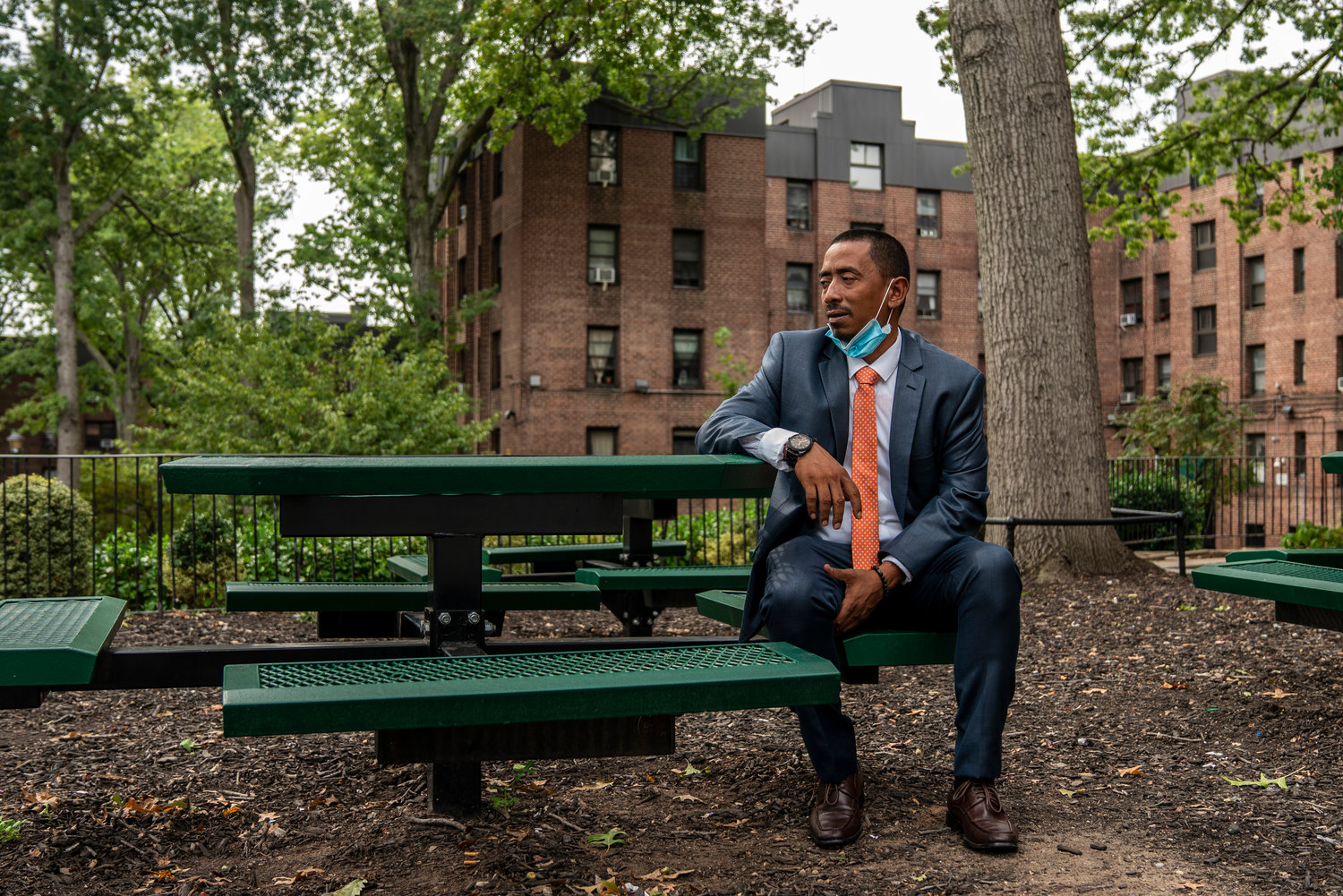 Marcos Sierra is ready to step up and make his case to voters he’s the best to succeed Councilman Andrew Cohen, a seat, which is expected to be vacated by the end of the year.
HIRAM ALEJANDRO DURÁN 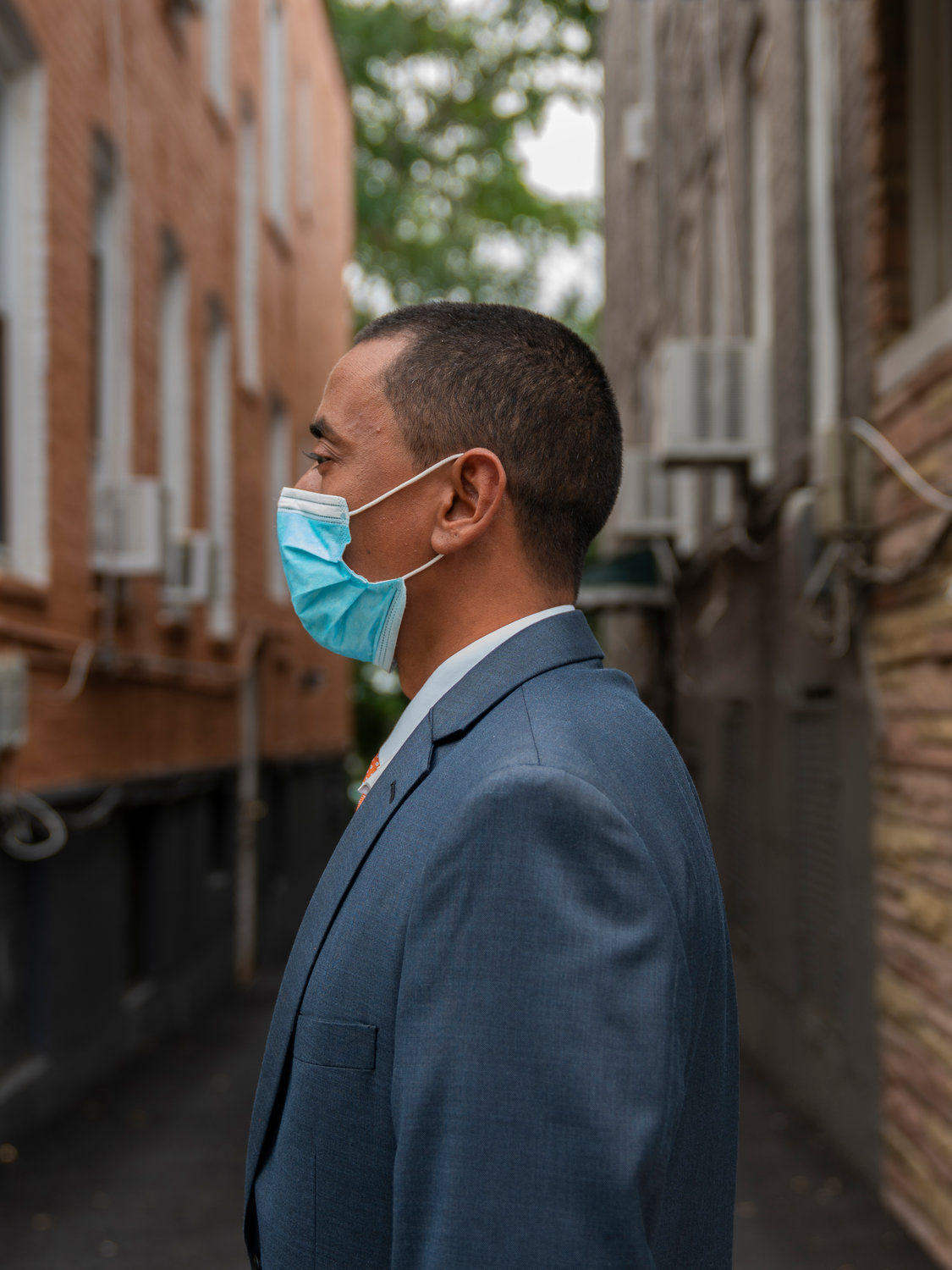 Affordable housing, workplace protections and equitable education opportunities: Those are what makes up Marcos Sierra’s city council campaign platform. The power in the district lies in Riverdale, Sierra says, and he’s ready to change that.
HIRAM ALEJANDRO DURÁN 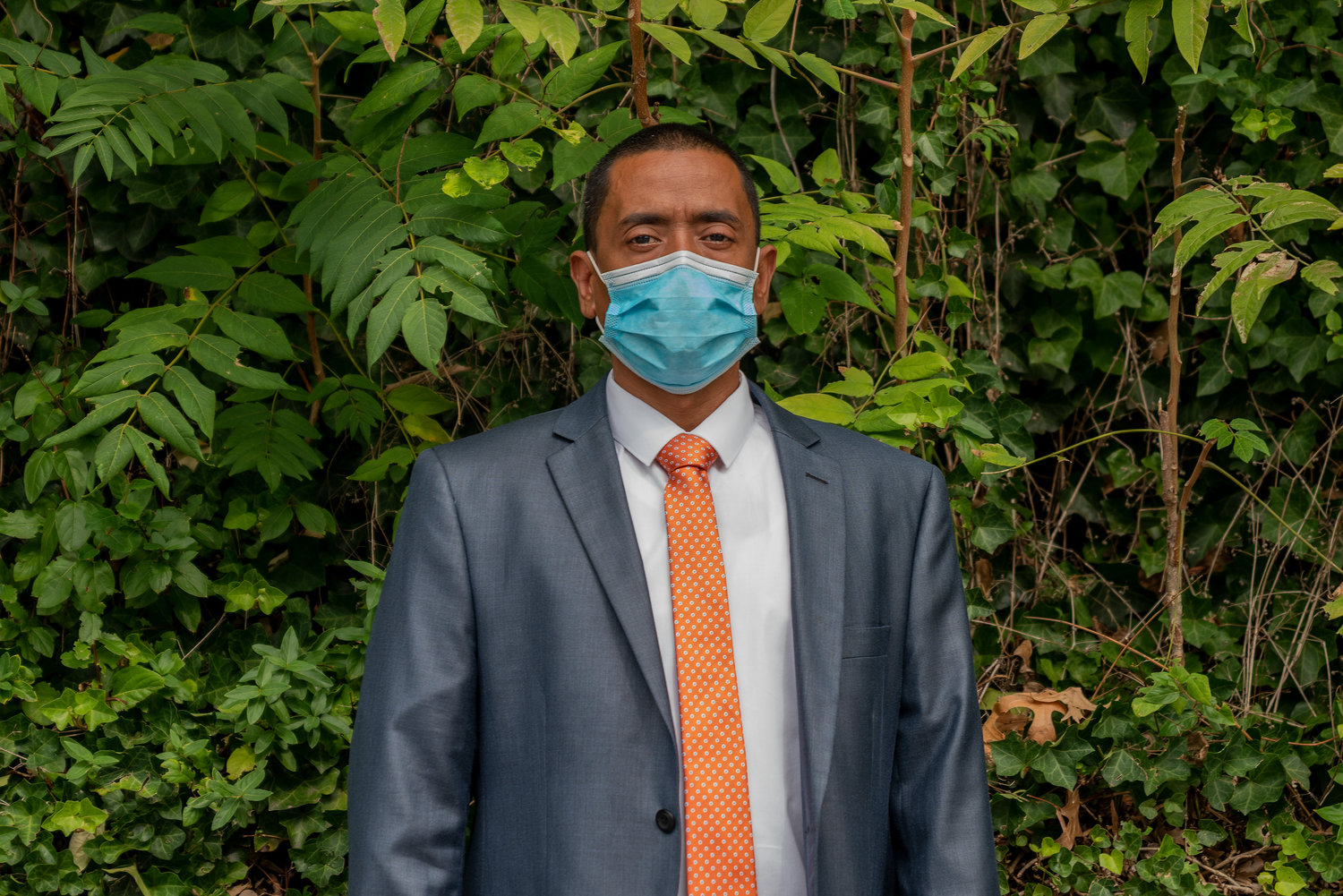 Marcos Sierra says he’s experienced in helping fellow Democrats as a male district leader, but he’s ready to move beyond the party and take on a run for city council. Sierra has jumped into the race to replace Councilman Andrew Cohen.
HIRAM ALEJANDRO DURÁN
Previous Next
By KIRSTYN BRENDLEN

Like the mythical hydra, when one city council candidate drops out, two more grow in their place. At least, that’s the case for the upcoming special election to replace Councilman Andrew Cohen.

Although at least two candidates have been in the race for years, the candidate field has grown quite rapidly since Cohen accepted a nomination to become a Bronx supreme court judge. That means he intends to step down in December with a full year left on his term, opening up a special election expected to take place in March.

After museum docent and former Riverdale Press intern Dionel Then dropped out of the race last month, two new candidates have entered the race. One of them is Mino Lora. The other is from a part of the district much different than traditional candidates in the past, like Cohen, Oliver Koppell and June Eisland.

Marcos Sierra believes it’s time for Norwood and its surrounding neighborhoods to get better consideration for the seat, moving what he says has been centralized power in Riverdale. Because of that, the focus shifts away from other neighborhoods in the district like Wakefield, Woodlawn and Bedford Park.

“Whenever there’s a perceived sense of power, there is an inequitable distribution of resources,” Sierra said. “And that holds true the farther you go out from that center of power.”

Riverdale and the surrounding neighborhoods are wealthier than the other areas in the district, he said, and their needs are different from those elsewhere within Cohen’s current reach.

The last few years have seen a huge shift away from long-term incumbents and the political machine, and Sierra says that makes his run a very serious one in changing the face of Bronx politics.

Sierra finds himself regularly helping neighbors in his volunteer party role, stepping up to listen and get things done when he says other electeds are busy in city hall or working in Albany.

He remembers one woman who was having issues with her apartment building. It was unsanitary, and her air conditioner was broken. He worked with her to get the custodial team from the building in, then helped her get enrolled in a city program that provided a new air conditioner.

“We’re here to act as that conduit in real time, and take action immediately,” Sierra said.

His mother was his first example of public service. A single parent, she was involved in their tenant’s association, worked with his school’s parent association, and helped out their neighbors at Manhattan’s Fredrick Douglass Houses.

“My first, I guess, exposure to community activism was pulling weeds at the Mosholu Library right there on (West) 206th and Bainbridge,” Sierra said. “And it was awesome because seeing the benefit of having that area cleaned out, it gave me a sense of giving back to the community. And I enjoyed it, right? It gave me that little rush.”

With his eyes on his fledgling campaign, Sierra has laid out three main tenets of his campaign: “real” affordable housing, increased worker protections and education.

“Affordable housing” is too often thrown around by politicians, Sierra said, but it’s not always truly affordable. He pointed to the area median income, calculated each year by the U.S. Department of Housing and Urban Development. But such a calculation doesn’t really work.

The median income calculated for this region was $102,400 for a three-person family, Sierra said. The city’s housing department considers housing “affordable” if it costs one-third or less of the AMI.

That calculation doesn’t really work, though, Sierra said. The median income in the Bronx is well below that, something he knows well as a father himself. Also, housing costs calculated based on $102,400 are too high for many.

“The benefit of using this artificial formula is to say, ‘OK, based on this, we can charge $1,200 for a studio, which is absolutely ridiculous,’” Sierra said. “We need to make an adjustment to the AMI to bring rent in line with income.”

Improving worker protections comes from Sierra’s own experience, too. He’s filed complaints against his own employer after being harassed, he said, and still hasn’t received a response from his company months later — which he claims violates their own policy.

“Workplace protections are very important, and employers are flouting them to a degree that is vomit-inducing,” Sierra said. “Because the definitions of ‘workplace’ are so narrowly defined because of protected classes, people have to deal with mental abuse, verbal abuse, emotional abuse on the job, because they need a job.”

Finally, himself a product of the city’s controversial gifted and talented program, Sierra says parents shouldn’t have to move to ensure their children have access to school districts with more resources.

“Every parent in every community should be proud, and be happy, and feel safe to take their child to the school that they’re going to because they’re going to get just as good an education as someone in Riverdale,” Sierra said. “We need somebody, again, who understands the importance of a public-school education.”

“I know what it is to win, lose, and win again,” Sierra said. “My mission is to ensure that we work — even across the aisle — to pass real, substantive legislation that positively impacts the people of the Bronx in a direct way.”