Masiello tries to adapt in this new age of the coronavirus 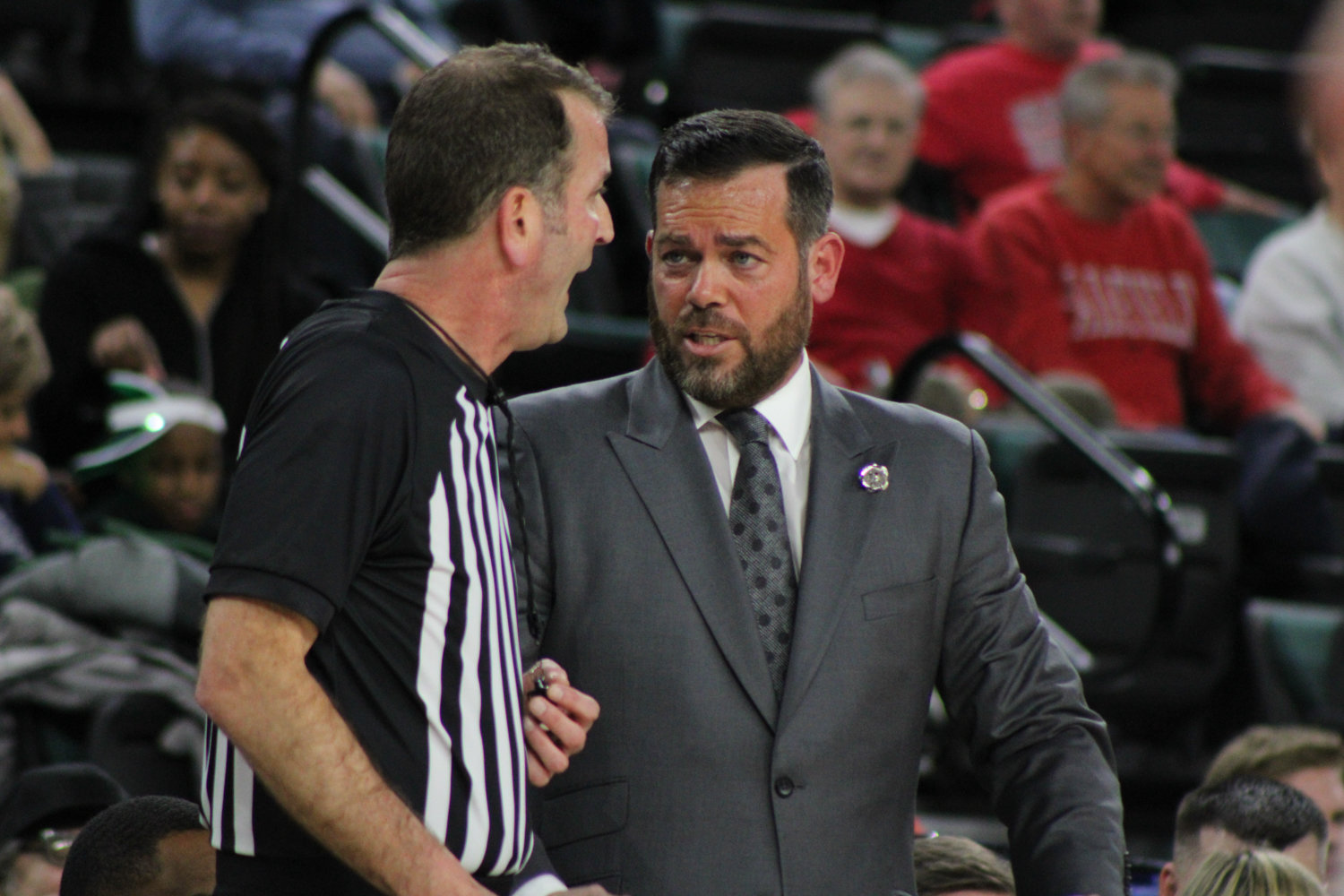 Manhattan basketball coach Steve Masiello is trying to get used to the new normal as he tries to recruit for next year’s team in this new, evolving pandemic era.
Courtesy of Manhattan College 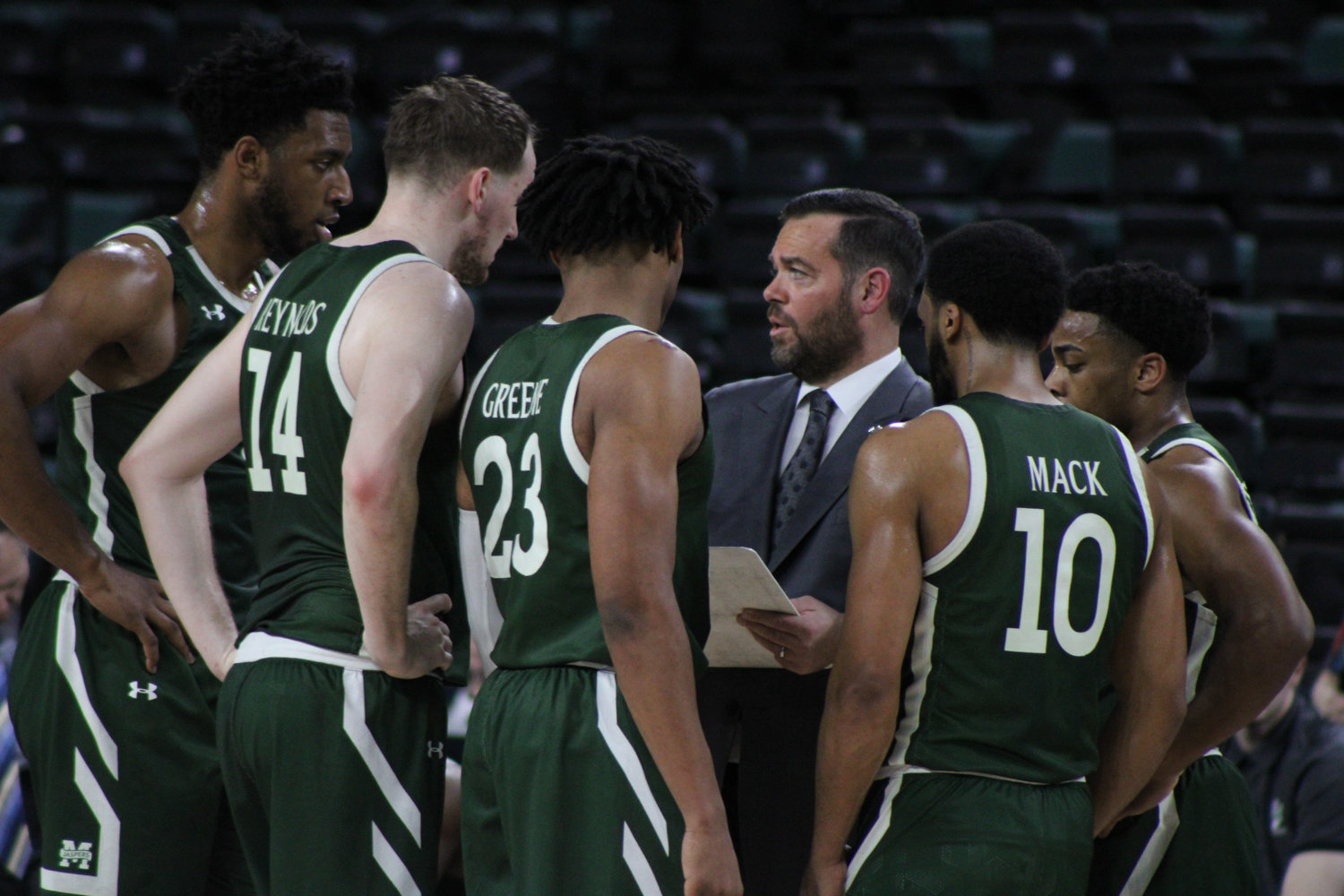 For a college basketball coach, this time of year is usually like Christmas, Thanksgiving and the Fourth of July all rolled into one.

Not only would the NCAA Tournament be in full swing, but coaches not participating in the Big Dance would hit the recruiting trail to load up their roster for next season. There would be extensive travel, countless in-home visits with recruits and their families, and a plethora of high school games to be viewed in order to uncover a program’s next jewel or two.

Ask any college coach and he will tell you the same thing: Recruiting is the lifeblood of any program.

But Steve Masiello is doing none of the above. There is zero travel, no games to attend, no “meet the parents” sessions. Instead there are long, mindless hours in which phone calls have become the main avenue for recruiting.

“Mentally, I’m bored,” said Masiello, Manhattan’s head men’s basketball coach. “The lack of your routine kind of gets to you.”

But not all of that routine is confined to recruiting. Also missing from Masiello’s schedule is spring practice, player weightlifting sessions and individual instruction. All that, too, has been canceled.

“Basically what we’re doing is we have daily check-ins as a staff,” Masiello said. “And we’re in constant communication via FaceTime, text and phone calls with our players. We check on their academic progress and what work is due online.

“Just making sure that their FaceTime tutoring with their academic advisors is taking place. So we’re more or less just checking on them to make sure they’re good.”

But when it’s time to begin pitching to would-be recruits, the new normal we now live in has Masiello going back to the future.

“With recruiting I’ve been more like an operator on the phone,” Masiello said. “I feel like it’s a little old school. The phone used to be so much more prevalent in the past with recruiting. Now we’ve turned to more texts and interactions today, more one-on-ones. But now there are a lot of actual phone calls happening in recruiting.”

That lack of opportunity to meet face-to-face with prospective recruits has become a little like, well, dating.

“When you’re on the phone, it constantly feels like you’re on a first date all the time,” Masiello said. “It’s hard to progress the relationship over the phone. Normally you have some great dialogue on the phone (with a recruit), and then you have them up to campus, and you go see them play, too.

“That’s how momentum builds as well as relationships. Now you have to be a little creative with ways to do that.”

March is the month when the area high schools would be hosting their postseason tournaments, which become something of a one-stop shopping excursion for college coaches. But there are no tournaments this year. And with schools reverting to remote teaching, Masiello said it’s hard to get a handle on a recruit’s academic standing.

“There are so many factors now in the sense that you don’t know who is going to be eligible,” Masiello said. “You might be recruiting a kid right now that you’ve been recruiting all year and you really like. But maybe he’s 40 points away on his SAT score. So is he going to be able to make up those 40 points? Will he get the opportunity to take the SAT again? Will the NCAA grant relief for these types of things? There are just so many unknowns.”

The NCAA put a ban on in-person recruiting until April 15. But with public schools out until late April at least, Masiello doesn’t see an end to the current recruiting dilemma.

“My honest opinion is I don’t know how we can get out April 15 when schools won’t be in,” Masiello said. “It doesn’t sound like people will be able to gather. There are just more important things going on than basketball and recruiting right now, and that’s the way it should be.”

But Masiello does want to be prepared for when the world does return to the older ways.

“I do think where it gets tricky is when we do get back to normalcy, whenever that is, you want to try and be in a position to make up as much time as you can,” Masiello said. “I think we all understand the health and safety of our country and our community is the most important thing. But eventually we’re going to go back to being teachers, basketball coaches, librarians, whatever. And when you go back into your arena, you want to try and minimize the collateral effects that this had.”