Mediator members just keep on giving, even through pandemics 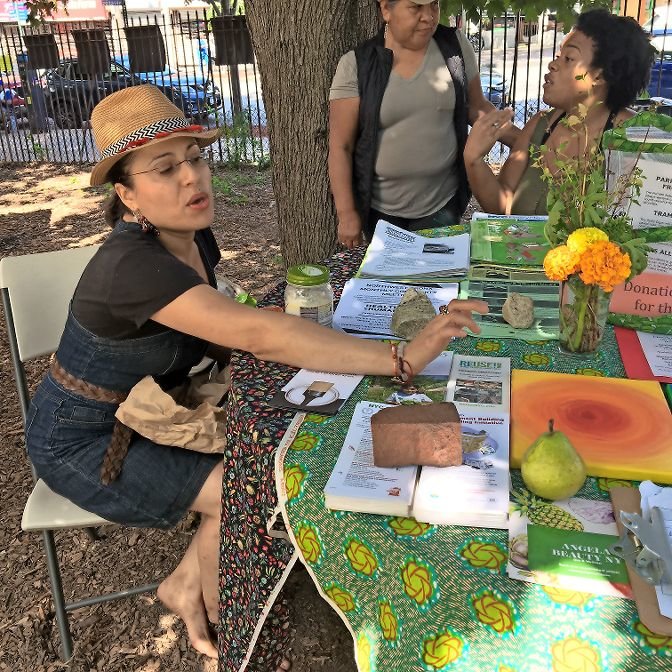 Lucy Mercado is the head of the food bank at the Episcopal Church of the Mediator on West 231st St., where — despite the coronavirus pandemic —meals continue to be served as well as bagged groceries for those in need.
Courtesy of Este Gardner 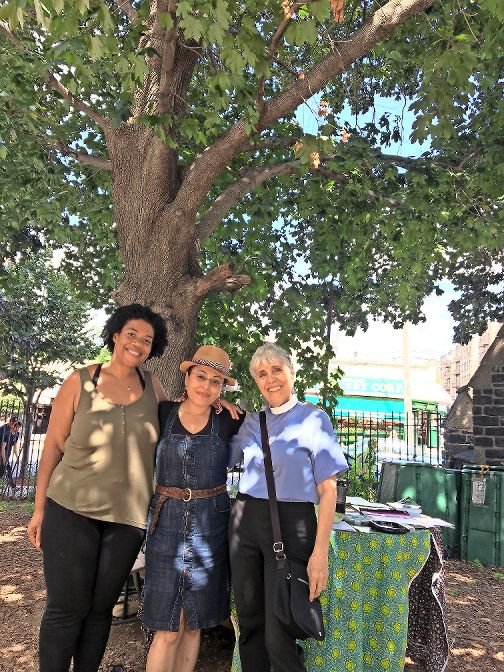 Stephanie Wattley, left, and Lucy Mercado have worked on the Episcopal Church of the Mediator’s Earth ministry, which includes work in an organic garden that helps supply the church’s food bank, while also collecting food scraps for composting. Pastor Este Gardner has overseen lots of the church’s community activities despite the coronavirus pandemic.
Courtesy of Este Gardner
Previous Next
By MAYA KATZ

The coronavirus pandemic has a way of making people feel disconnected from others. But the Episcopal Church of the Mediator has actively worked to turn that around, led by new pastor, the Rev. Este Gardner.

Gardner joined the congregation after leading churches in California just before the pandemic hit New York, and immediately started dividing members into prayer groups of four or five people with the idea each group could call each other and pray over the phone. Gardner also does her best to call as many people as she can.

Every Sunday, the West 231st Street church hosts two services on the online video conferencing app Zoom — one in Spanish, the other in English. After services, the Zoom call is open for a coffee hour, giving everyone a chance to talk to each other.

But what about getting food out to the needy? Mediator has operated a food bank for as long as many people could remember, staffed by a group of  volunteers who tended to be older. But those same volunteers became vulnerable in a new pandemic “normal,” threatening to discontinue this service, at least temporarily. Luckily, however, younger congregants have come to Gardner’s aid, led by Lucy Mercado.

“We had these young and very caring congregants who came to me and said, ‘We have to feed the people,’” Gardner said. “And I said, ‘If we can do it safely, then I am all for it.’”

So the volunteers opened the gate to the street, placing a few tables in between the servers — who wore masks — and the public to help maintain proper social distancing. That allowed volunteers to fill grocery bags and put meals on the tables.

This has continued each Friday when food bank volunteers collect donations between 5 and 7 p.m. Donations are accepted as long as they’re not canned foods but instead fresh produce, and bagged or boxed goods like rice or beans. The volunteers also accept cash or check donations.

Then on Saturdays beginning at 2 p.m., the volunteers hand out bagged groceries and prepared meals. Efforts began with 400 meals per week, but that has since grown closer to 600.

Mediator volunteers also collaborate with another Episcopalian congregation, Christ Church Riverdale, as well as Woke Foods, an “uptown” food co-op that has been feeding many in Manhattan and the South Bronx throughout the pandemic.

Woke members cook meals in Christ Church’s kitchen on the Henry Hudson Parkway, then bring the completed meals over to Mediator to be distributed.

Urban Harvest also has donated produce volunteers from both the church and the Northwest Bronx Collective have bagged as groceries for those in need.

“It has just been wonderful to collaborate with so many groups,” Gardner said. “It seems like this work has been really important for the neighborhood.”

Mediator also has taken part in the Black Lives Matter movement, especially in the wake of the police-involved killing of George Floyd in Minneapolis last May. Gardner and the church participated in a vigil with the Northwest Bronx Community and Clergy Coalition in their march down Fordham Road. Church members also attended a clergy-led faith vigil in Van Cortlandt Park.

The church dons a Black Lives Matter banner written in both Spanish and English, which Gardner says is well received from the surrounding Kingsbridge community.

With all that going on, Gardner doesn’t want anyone to overlook the church’s composting program, which has taken even more importance now that the city has ended its program because of coronavirus-related budget cuts.

The church’s Earth ministry, led by Chelo Hernandez, oversees the composting program, and maintains the church’s garden as well. Volunteers collect food scraps and compost them in the garden, allowing the soil to be regularly refreshed with nutrients because of it. Hernandez’s knowledge and understanding of horticulture has played a large role in improving the church grounds.

“She has this method of growing crops using old logs that then decompose and automatically fertilize the ground,” Gardner said. “She just harvested a huge amount of kale for volunteers and for the food pantry.”

The volunteers take food scraps from the neighborhood for composting on Saturdays between 10 a.m. and noon. All of the food scraps are mixed with wood chips put in a wheelbarrow to be used in the soil.

These past few months have been unprecedented and uncertain, but Gardner believes her Mediator congregants have done what they can to continue to lend a hand during tough times.

Says Gardner: “There is a lot of interest, help, and goodwill from the neighborhood.”