As many as 2.7M could be infected with coronavirus in New York 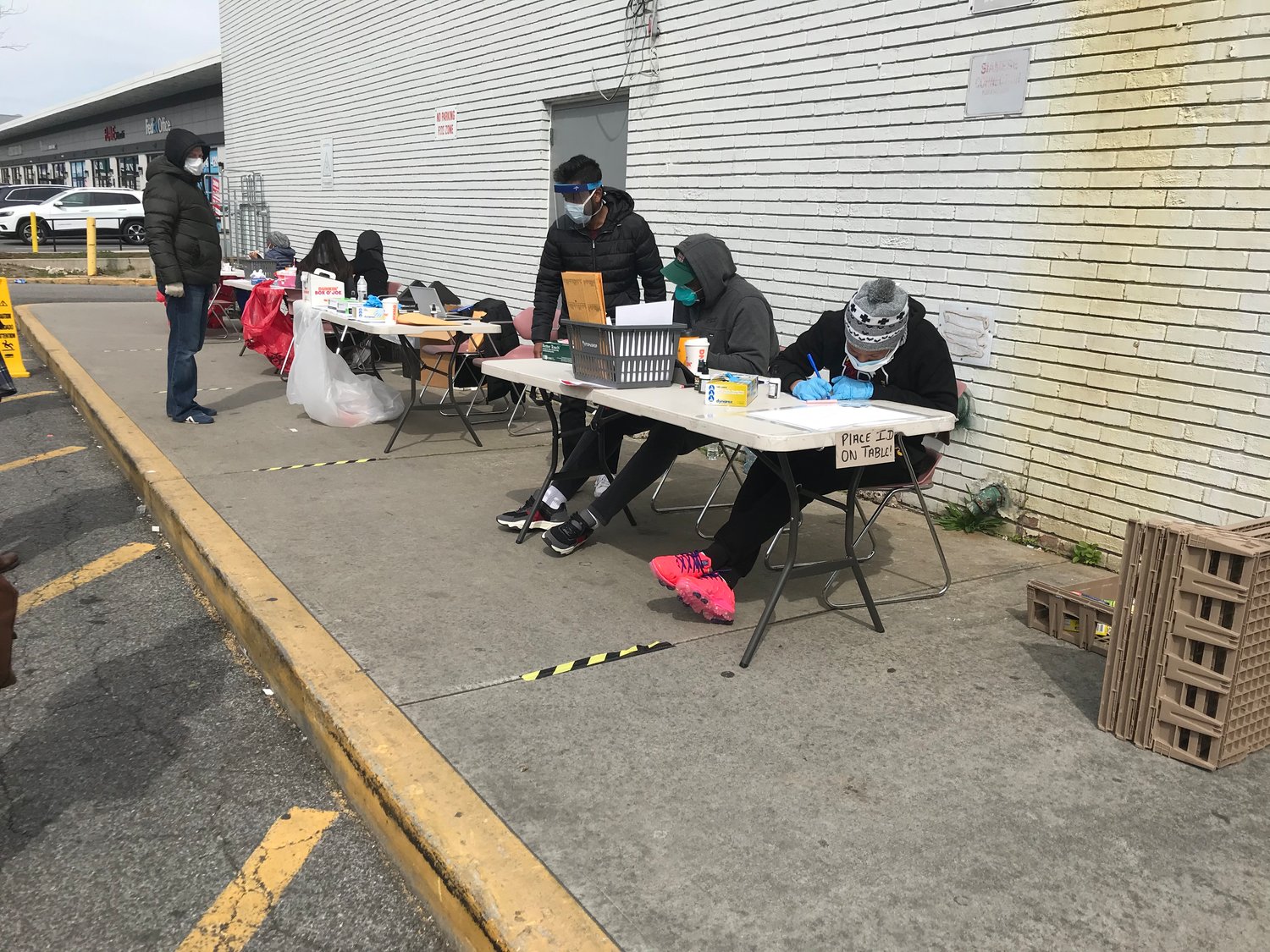 The latest data released by Johns Hopkins University & Medicine shows just under 2.7 million people have been confirmed to be infected with the coronavirus as of Wednesday. But the first phase of a new serological study underway in New York suggests this state alone could immediately double that number.

The state's health department began random voluntary blood sampling in at 40 locations in 19 counties across the state this week, including a temporary setup at the Stop & Shop supermarket at 5716 Broadway on Monday.

Of those 3,000 tests, researchers found that nearly 14 percent were positive for active antibodies suggesting they had been exposed to and recovered from the coronavirus. If those numbers hold up in later phases of the test, that could suggest as many as 2.7 million people in New York have the virus compared to the more than 263,000 confirmed cases the state is now reporting.

But such data is preliminary, and there are other factors to consider as well, Gov. Andrew Cuomo shared during his daily briefing on Thursday.

"These were collected at grocery stores, box stores, etc., and that is important," Cuomo said. "That means you're testing people who, by definition, are out of the home, and not at work. What does that mean? I don't know. But that has to be a factor that has to be taken into consideration."

Serological testing looks for the presence of specific antibodies the immune system creates to fight a virus. These antibodies, under typical circumstances, could create at least a temporary immunity to reinfection by someone, and is what helps an infected person get over a virus.

Because so few people have been tested for the actual virus, serological tests like this one might be the only thing available to help government officials get the full scope of how much the coronavirus has invaded the state. If enough people have been exposed and developed antibodies, it could help hasten plans to re-open the state, since the risk of spread could be significantly reduced through so-called "herd immunity."

It also could provide a more clear picture on the actual death rate of the virus, that right now at about 7 percent, according to Johns Hopkins. Based on 15,500 deaths related to coronavirus in New York, such preliminary serological data could push the death rate well under 1 percent.

"But there are two big caveats," Cuomo said. "First, it's preliminary data, and when we say there are 15,500 deaths, that number is going to go up. Those deaths are only hospitalizations or nursing home deaths. That does not have what we are calling at-home deaths."

That is complicated even more by reports from states like California that have possibly identified some deaths related to COVID-19 as far back as December or January when the disease was first starting to be identified.

"If you go back to December and January to start to look at the number of deaths and check them for COVID-related deaths, I don't even know how you do that practically," Cuomo said.

The highest concentration of positive antibody tests in this first round centered primarily on African Americans and Latinos, Cuomo said, accounting for nearly half of all the positives. Many of those positives are disproportionately from New York City, while the 9 percent of Caucasian-represented samples were primarily upstate.

Overall, New York City had the most positive cases with 21 percent, followed by Long Island with 16.7 percent. Westchester and Rockland counties had 11.7 percent positive rates for antibodies, while the rest of the state had a positive rate of less than 4 percent.

If nothing else, these preliminary results demand that there be more coronavirus diagnostic testing in minority communities, Cuomo said.

"This state does not have the kind of disparities we have seen in other states, but I want to understand them and I still want to address them," Cuomo said. "I also believe you have a greater percentage of the essential workers who were African American and Latino, and while everyone else had the opportunity to lock down at home, the essential workers had to get up every morning and get out and drive the bus, drive the train, deliver the food, and do all the essential services that allowed people to stay at home."

More testing is getting under way at some New York City Housing Authority complexes, something Cuomo said he's quite familiar with, especially from his old job as the secretary for the U.S. Department of Housing and Urban Development.

"That is some of the densest housing in the United States of America," the governor said. "People are crammed into elevators, people are crammed through small lobbies. They are overcrowded in their apartments.

"Public housing does pose a special issue, and that should be addressed."

Note: The reporter on this story was among the 3,000 who were included as part of the first wave of serological testing in the state.