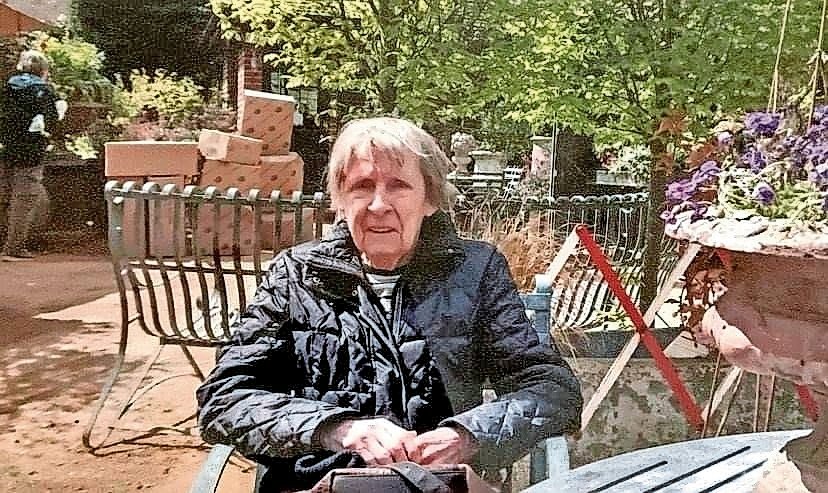 Born Oct. 8, 1925, in London, she was the daughter of French parents — Marie Serre and Leon Jaume. Known as “Mimi” during her childhood, she was raised in a French-speaking home with her siblings Annette, Leon and Henri, while attending school in London.

After Britain entered World War II, she and her siblings were evacuated to rural counties. She also experienced the London blitz firsthand, and recalled the close encounters of air raids.

At 18, she began working for the intelligence unit of the Fighting French office in London. In 1944, during the Paris liberation, she crossed the English Channel in a boat that was torpedoed by German submarines, to safely land in France. She continued her job in Paris for the war’s duration.

During the decade after the war, she worked as an administrator for the U.S. Army, earning the nickname “Pete.” Her position moved her to Frankfurt, where she acted and worked backstage in local theatre. She was later transferred to Heidelberg, where she met her future husband, Thomas A. Buckner III.

Tom was a third-generation Riverdalian, and he brought his wife back to his original neighborhood in 1955. She worked as an administrator in Manhattan, including 11 years at the Ecole Française — later renamed the Fleming School. She was an active volunteer for the Riverdale School of Music and Catholic Charities.

She was a regular participant of the Riverdale Contemporary Theatre, where she served as stage manager and in other backstage capacities.

In 1976, she continued using her fluent French, becoming the operations manager for the Paris-based Kléber Tire Corp. She was stationed in Queens, and later New Jersey. In 1986, she moved with the American company headquarters to South Carolina.

After her 1994 retirement, her zest for travel had her crossing the country and visiting Europe on a constant basis for more than two decades. Her itinerary included trips to South Africa, Australia and New Zealand. She celebrated her 80th birthday in Buenos Aires, Argentina, and her 90th in Lima, Peru.

While continent-hopping, she moved back to Riverdale.

She is survived by her son, Tab Buckner of San Francisco, many nieces and nephews, and countless friends.

A memorial Mass will be held in her memory Saturday, Oct. 2 at noon at St. Margaret of Cortona Church, 6000 Riverdale Ave. A reception will follow at the Riverdale Yacht Club.

Contributions in Mireille Buckner’s memory can be made to Doctors Without Borders at tinyurl.com/MireilleBuckner.