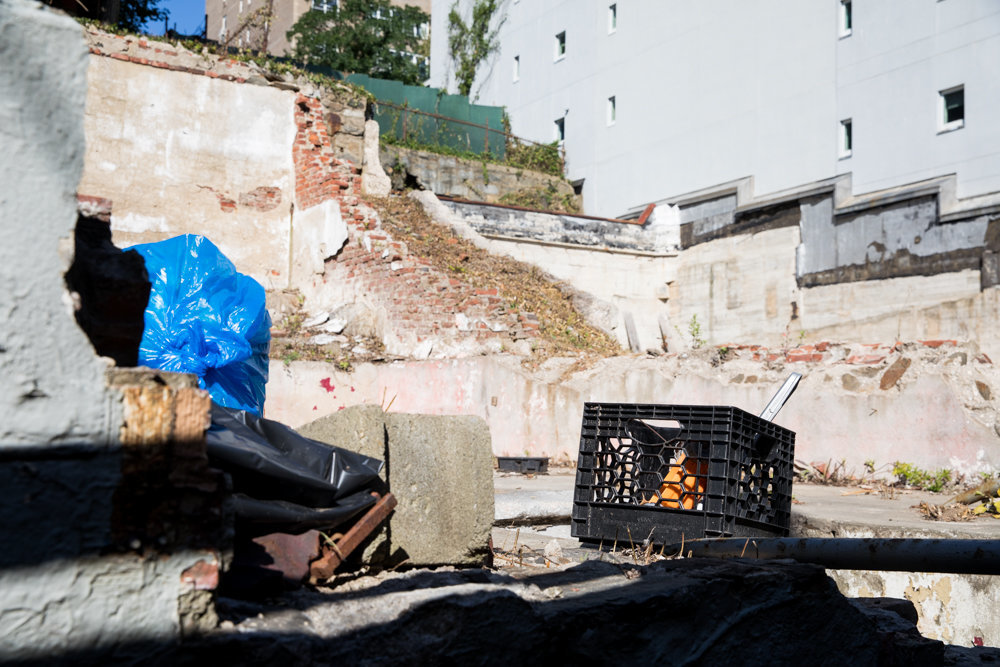 A battle that divided a community over what to build in an empty lot located smack dab in the middle of businesses stretched along Riverdale Avenue apparently is catching fire once again.

Councilman Andrew Cohen is pulling together his fellow elected officials for a news conference Friday at 3741-3745 Riverdale Ave., where he says plans are afoot to build a 10-story medical center. This is the same place Montefiore Medical Center had proposed back in 2013 to build a 14-story ambulatory medical center.

Cohen tells The Riverdale Press he called the news conference after learning Montefiore and Simone Development were testing the waters on potentially reviving the project, even if it was scaled down a bit from previous plans. Montefiore referred a reporter's call to Simone, and a spokesman for the developer said this is the first he's hearing about any plans on the site.

Montefiore had originally pitched the plan as a "one stop shop" for medical outpatient care with a number of doctors' offices in the building. The amount of traffic that could be generated by such a building became a sticking point for neighbors who worried about parking and other issues on the street.

After intense comnunity pressure, Simone and Montefiore scaled down the initial project to 11 stories, but then scrapped it altogether in 2015 after the state legislature — led by Assemblyman Jeffrey Dinowitz and then state Sen. Jeffrey Klein — passed a bill specific to this project that would make it far more difficult to get off the ground.

Simone floated an idea in 2017 of building a 48-unit luxury apartment building on the site, which would climb 11 stories with street-level retail. However, that project never got going either, leaving an empty lot.

Community Board 8's land use chair Charles Moerdler told The Press he met with representatives from the  project in recent weeks, where he was presented with a scaled-down version of what had been proposed in the past. He doesn't believe anything will come before CB8 this year, but when it does, he expects the developer will claim the project is as-of-right, which would limit community input.

No new permits or plans have been filed with the city's buildings department, at least according to its online database.

Read more in the Nov. 21 print edition of The Riverdale press. Editor Michael Hinman contributed to this report.

Once eyed for medical facility, lonely lot has no clear future