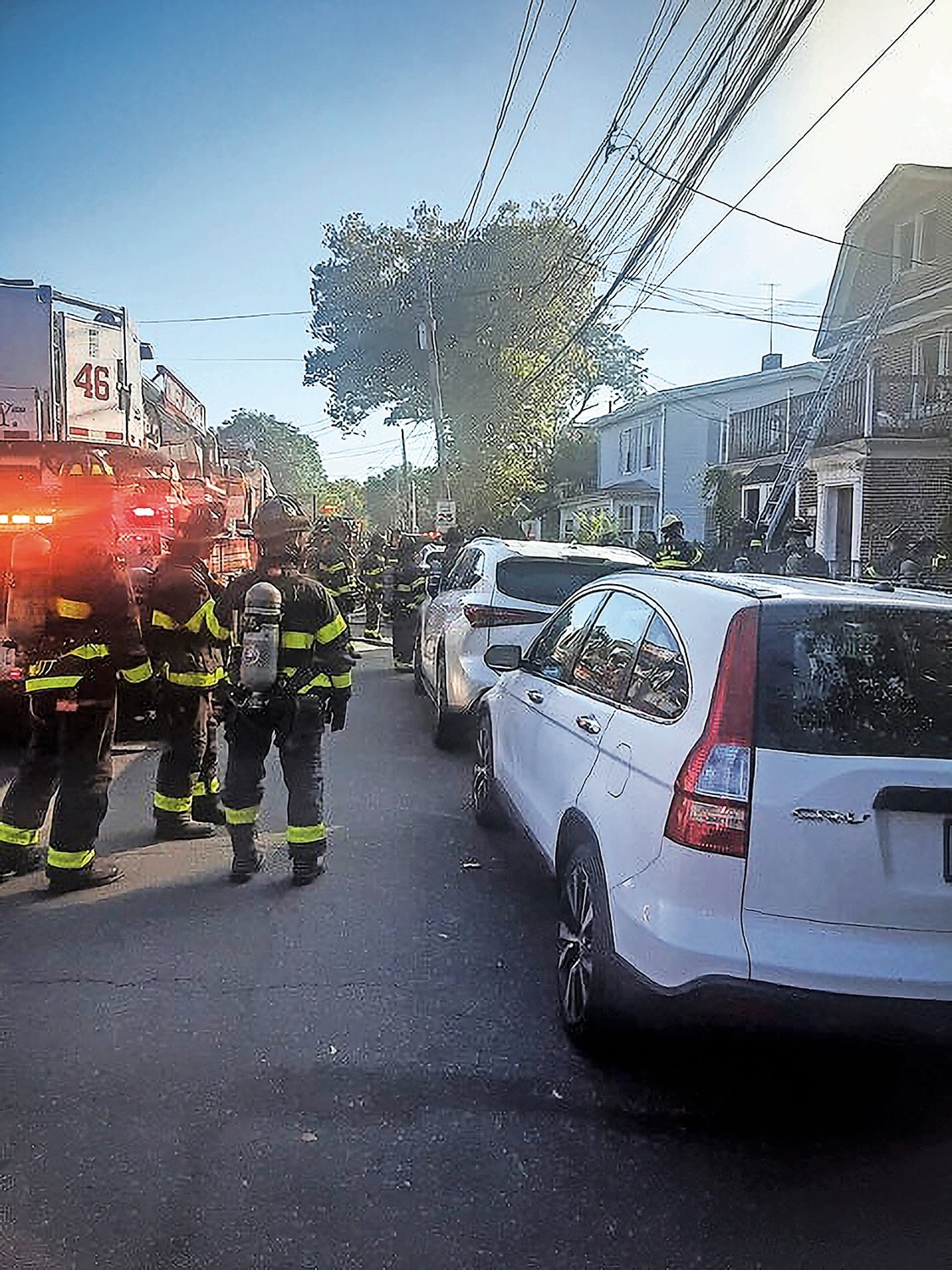 FDNY firefighters from House 52 helped put out a house fire on Corlear Avenue Thursday morning. The fire occurred at a house that has been vacant for years. The firefighters also boarded up the windows that had to be broken to extinguish the blaze. Police officers from the 50th precinct had a presence outside the home on Friday.
Steven McCoy
By Sachi McClendon

He told police that he had recently mailed a check to his health care provider from a mailbox located on the corner of Kingsbridge Avenue and West 231st Street.

The victim reported to police that she had parked her vehicle there overnight and when she returned it was gone. There was no broken glass at the scene of the crime.

A moped was taken from the 3800 block of Sedgwick Avenue on Aug. 8.

The victim told police that around 1:45 a.m he had parked his moped — unchained but with the wheel locked —  at that location and returned 15 minutes later to find it missing.

He further stated that the vehicle is uninsured and unregistered.