MTA will delay cuts to express buses between Manhattan, Bronx 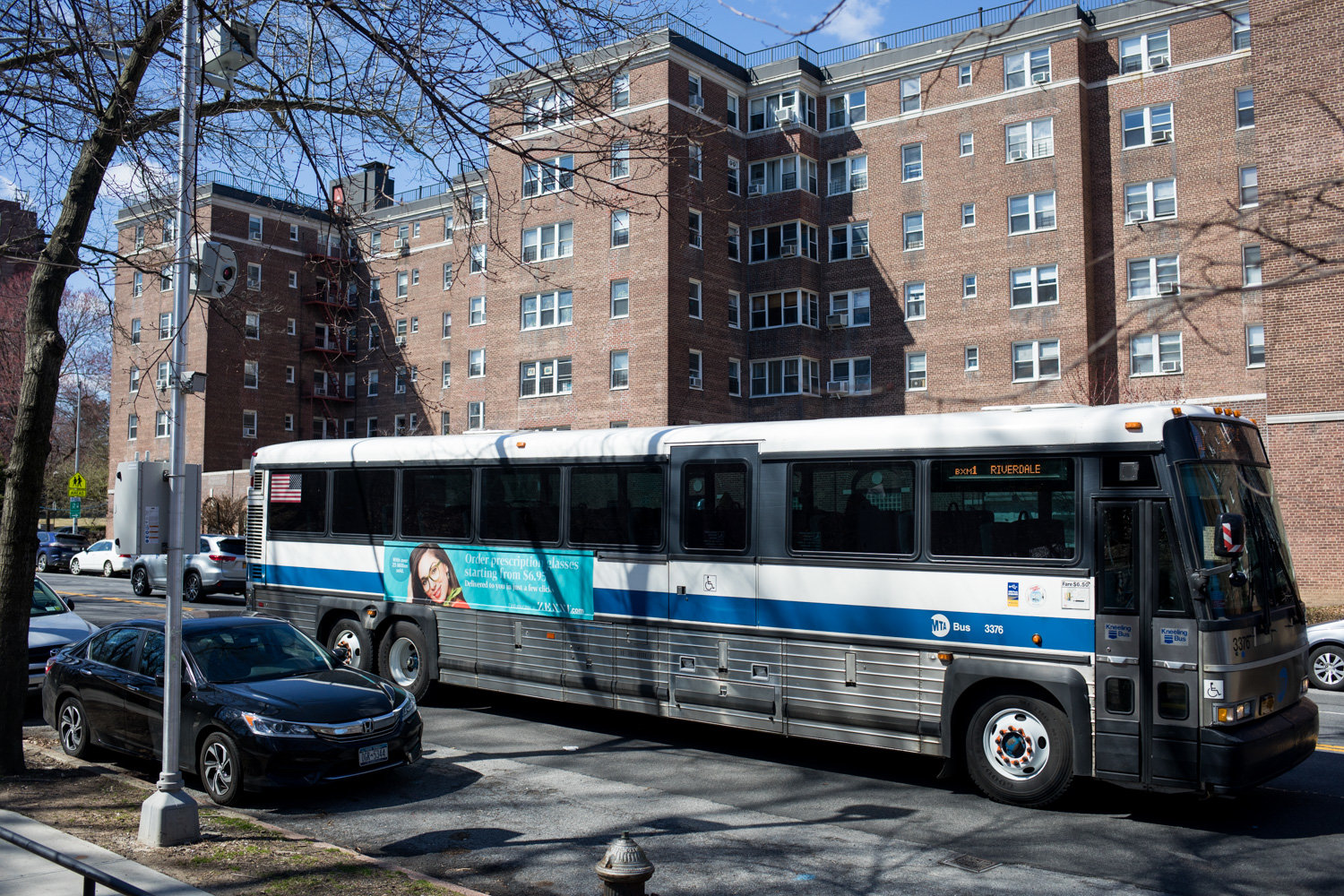 The MTA apparently is no longer looking to cut express bus service between Manhattan and the Bronx, according to borough president Ruben Diaz Jr.
JULIUS CONSTANTINE MOTAL / File
By MICHAEL HINMAN & KIRSTYN BRENDLEN

It seems the fight by express bus riders to maintain after-hours service connecting the Bronx and Manhattan has ended in victory, at least for a little while.

The changes to routes like the BxM1, BxM2 and BxM18 were part of the MTA's overall bus redesign plan for the Bronx. Because of lower ridership off-peak — and the cost of running the larger coach buses through the city — the MTA had hoped to cut many of those routes midday and evenings, while rerouting two of the buses away from the stops Central Park at Mount Sinai Hospital and Museum Mile, and instead taking the Henry Hudson Parkway.

Those changes were slated to go into effect across the board in fall 2020. Now, according to the MTA, only changes to local bus service will be implemented then, while the MTA continues to work out the express bus plan.

"We have postponed any changes to express bus service," said Tim Minton, communications director for the MTA. "Nothing is happening imminently, it is postponed."

He said Diaz was "absolutely right to take some pride in that accomplishment, which he pressed for, and we worked with him on."

But the idea of cutting express bus service is not completely dead. Minton promises the MTA will take another look at it for 2021.

"I am thrilled that the MTA has granted a reprieve of the drastic cuts to express bus service, which would have disrupted commutes and exacerbated the transportation difficulties faced by senior citizens, people with disabilities, and individuals in low-service areas," said Councilman Andrew Cohen, in a statement. "Bronx commuters throughout the district have expressed their frustration and dissatisfaction with the proposed service cuts, and there is no doubt that the MTA and President Andy Byford have heard our voices."

After the cuts were first announced, Cohen joined other electeds like Assemblyman Jeffrey Dinowitz to bring concerns about the plans from commuters to the MTA.

"Hard work and community organizing pays off," Dinowitz said, in a statement. "It is wonderful news to hear that the MTA has postponed their plans to cut express bus service. Our community is disproportionately reliant on express buses to access Manhattan — especially those along the northern and western borders of the Bronx who do not have nearby subways."

Vittorio Bugatti, a regular express bus rider from Riverdale who leads an advocacy group designed to protect the service, told The Riverdale Press that the MTA's announcement was "a start." Otherwise, he called it "great news," and thanked news outlets like The Press for their "ongoing coverage on what is such an important issue here in Riverdale, and throughout the Bronx."

Dan Padernacht, chair of CB8's traffic and transportation committee, said he wasn't surprised that the MTA decided to hold off on changes to the express bus.

"The MTA has embarked on the exhaustive process of redesigning bus service in our borough, and it has been responsive throughout the initiative," Padernacht said, in a statement. "We will continue to work with MTA to collaborate on positive changes and effectively communicate when we disagree with any proposals."

The MTA is planning a public hearing on the final Bronx bus redesign on Feb. 20 at the Bronx Museum of the Arts, 1040 Grand Concourse, beginning at 6 p.m. The hearing will concentrate on changes to local routes, Minton said, since express changes have been shelved temporarily.