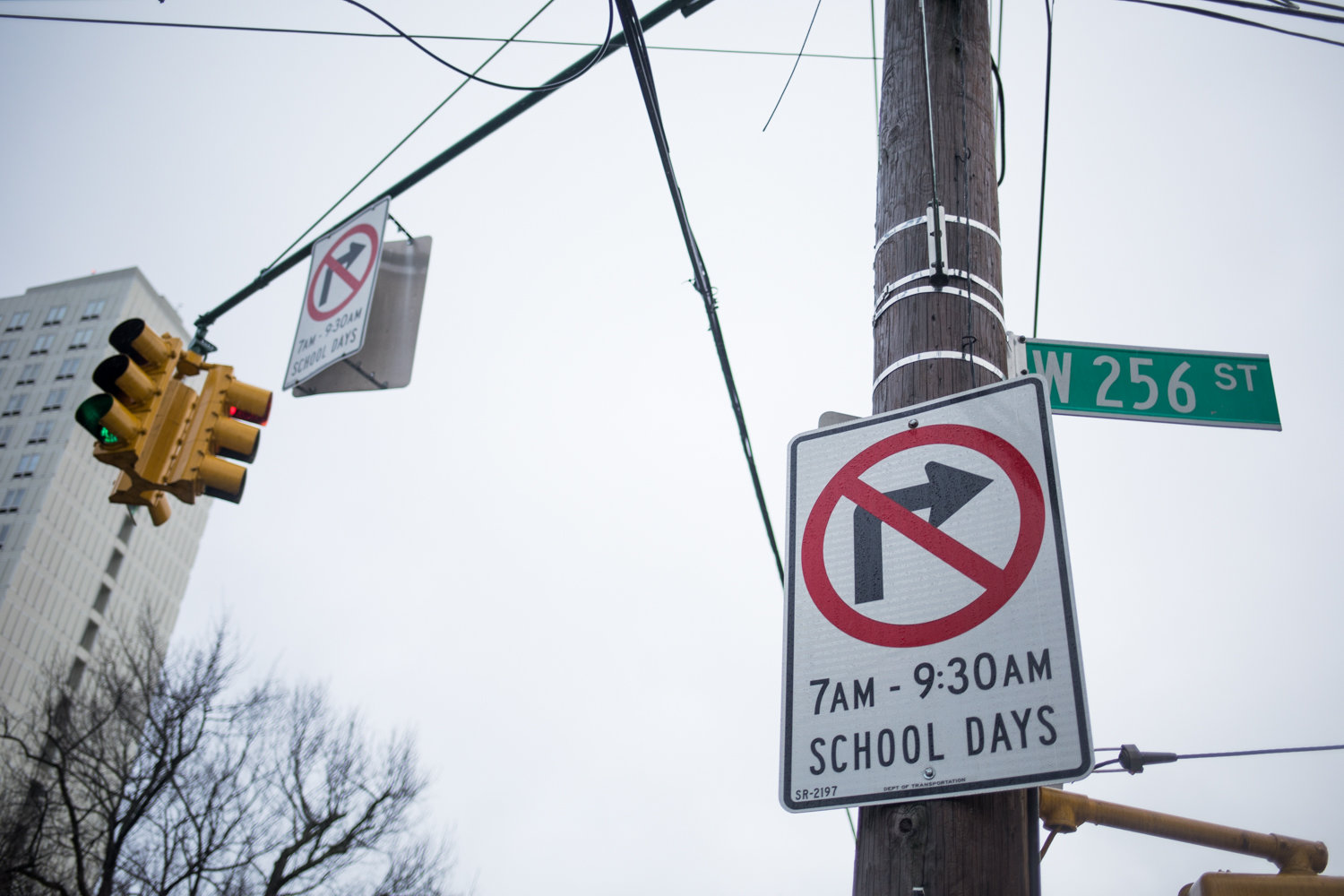 Take a walk through what was the first three months of 2019, straight from the front pages of The Riverdale Press.

The year started with what is seemingly always on the minds of many in the community — what are we going to do about the buses and trains in our neighborhood, or the lack of them.

The Metropolitan Transportation Authority, putting together a new five-year capital plan, made it clear it had intentions to go leaner, even as fares rise. That’s something that worried Pablo Campos, who worked at Garden Gourmet Market in Kingsbridge, especially as he depends on transit to get him from his Jackson Heights home in Queens each morning.

“No good,” was all he could muster one cold morning jumping off the 1 train.

“I’ve got some big shoes to fill,” Melendez told Community Board 8. “If I can give you 50 percent of what (O’Toole) gave you, I think I’m giving you a lot.”

Melendez wasn’t the only new face to take a leadership role in the community. Alessandra Biaggi was officially welcomed into the state senate by new leader Andrea Stewart-Cousins during an inauguration ceremony at Lehman College.

Biaggi defeated entrenched Sen. Jeffrey Klein in a primary that even Stewart-Cousins had her doubts about.

“I’ll be honest,” the senate leader said. “I didn’t think she had a chance.”

But Biaggi pulled it off, helping to shift the senate to Democratic control for the first time in years. Now officially a senator, Biaggi pledged to visit every single high school in her district.

“This is probably the thing that I’m most excited about,” Biaggi said at the time. “Not everybody grows up around a table and talk about voting and why it’s important to be in government. And that’s why it’s up to us.”

Biaggi quickly went to work on a number of projects, including the MTA, joining a host of other electeds — including new city council Speaker Corey Johnson — to survey straphangers depending on the borough’s buses and trains.

“People are not happy with their ride on the subway, and they shouldn’t be,” Biaggi said. “It’s a miserable ride. And it’s so frustrating, because the ride could be so much more efficient. This is the literal economic driver for this city — for people to be able to get to and from work — and we owe it to everyone to get it right.”

“It really goes back to the fact that we have two organizations working toward the same goal in the park,” said Christina Taylor, who was then the executive director of Friends of Van Cortlandt Park. “This is a way to streamline the process, and this is to create an organization that could raise more money. Honestly, we compete with each other, and this reduces the competition that there is.”

January wasn’t even over before the 5-0 clocked its first homicide, creating a fear that 2018’s higher-than-average statistic would continue to rise in 2019.

In this case, a 39-year-old man was stabbed multiple times inside an apartment building at 3034 Kingsbridge Ave., dying later at a nearby hospital.

The 50th Precinct was home to seven homicides in 2018, compared to just three the year before. If this new pace were to continue, the Riverdale and Kingsbridge neighborhoods could have been plagued with at least a dozen murders.

But in the end, there was just this one. It ended up being one of the lowest murder rates this precinct has experienced, despite overall crime ticking up a bit.

As we welcomed in February, a big question was once again raised: Do we have a neighborhood that’s receptive to food carts? It’s a question that would be posed again and again as the year wore on, but at least at this point, it was more about ensuring the food we get from these street-side cooks is just as safe as anything we would find in a restaurant.

The city started issuing quality grades to food carts the same way they do for bricks-and-mortar establishments. Rachid Tahzima, who operated the Halal Brother food cart near the corner of Broadway and West 231st Street, said he had nothing to worry about.

“It’s good,” Tahzima said. “You have to be clean, everything good.”

And did he expect to get an A? “I hope so. I need the customers.”

Workers were only permitted to gut the building in an effort to create new apartments in its historic, outer shell. But once the roof started coming off one of the borough’s first apartment buildings, Villa Rosa Bonheur at 2395 Palisade Ave., neighbors knew something was wrong.

In fact, some of those neighbors held a vigil near the work site to mourn the building’s inevitable loss. While there was hope to somehow stave off demolition, each passing day made it look more and more clear that developers would replace the piece of history with a much larger apartment building overlooking Spuyten Duyvil Creek.

Ismael’s Gourmet Deli had its own loss to deal with — the reported theft of its bodega kitten Luna, who had become very much loved by the son of the deli’s owner, Jonathan Diaz.

Someone had walked into the store at Bailey Avenue and West 238th Street, scooped up Luna, and walked right out, leaving Jonathan devastated.

“We’re going to do everything in our power to try to get this cat back,” Ismael Diaz told his son. And Ismael came through — the kitten was returned five days later.

When you spend decades in one place, it’s tough to suddenly move somewhere new. But when the Old Guard of New York moved into its new headquarters in a quiet mansion in Fieldston, it was almost too easy to forget that the group with roots stretching back to the 19th century spent so long at West 91st Street.

The West 246th Street home is filled with all kinds of sabers, old uniforms and books, dating back to the Civil War. It’s almost like a museum, but it’s not — the Old Guard purchased the home in 2017 for $1.9 million, and it’s just for them and their guests.

“This is their place to meet,” Old Guard Col. Robert Sikorski. “And to receive camaraderie and to just not feel neglected by society, but that they’re part of society.”

Some of the younger members of that society rose up and shut down parts of Ethical Culture Fieldston School’s campus in March after a years-old video surfaced online featuring students from the school that some had described as “appallingly racist.”

A group calling itself Students of Color Matter took over an administrative building on March 11 and stayed put until school officials said they would revisit how racial diversity is addressed on campus.

“It’s a very empowering day,” said senior Daniel Cross, one of the protesters who participated in the lock-in. “This protest wasn’t even meant, really, for the students involved. It was really meant for the next few generations of Fieldston to come. We weren’t here for us, we were here for everyone else.”

P.S. 81 Robert J. Christen School has been a part of Riverdale almost as long as Riverdale itself has existed. While the campus itself might be revered, the chaos it creates on the streets surrounding the school is more despised.

“The traffic is terrible,” said Doris Neron, who lived just cross the street from the school on the Riverdale Avenue side. “I can’t back out of my driveway.”

Ross Freeman, another neighbor, says he no sooner pulls his car out of his driveway then someone has their turn signal on, looking to take his spot.

Is there anything the city’s transportation department can do? Bronx transportation commissioner Nivardo Lopez said yes: They’ll study the intersection of Riverdale Avenue and West 256th Street, and get back to us.